1. A Grandfather’s Near-Death Experience While He Slept 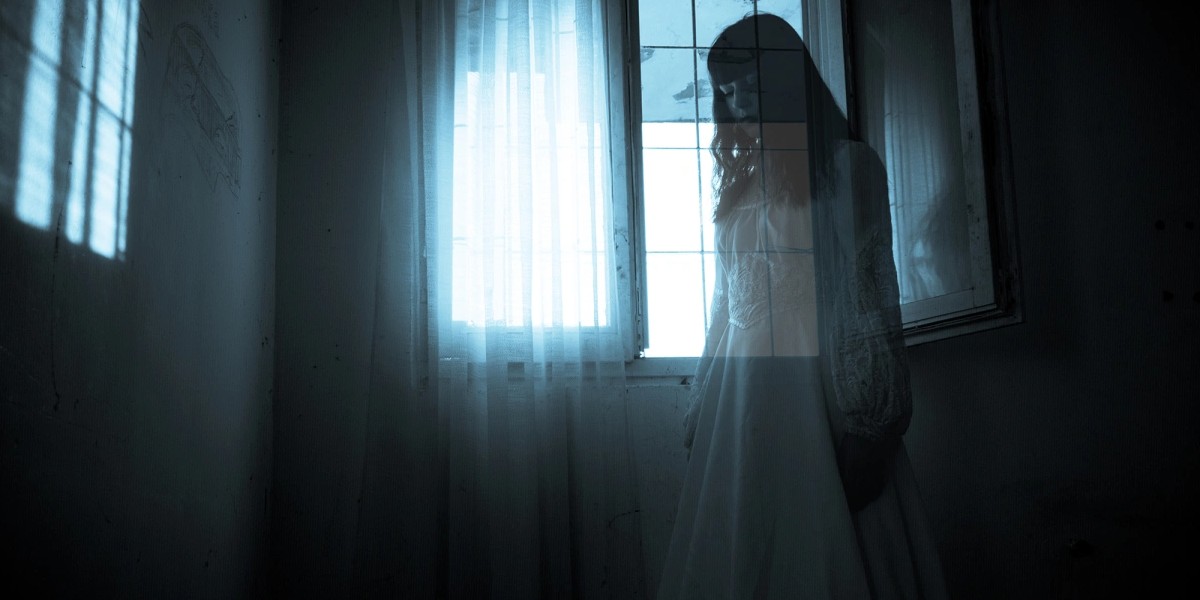 *All Images from Unsplash

Someone’s grandfather apparently reported their near-death experience in their sleep. The man in question reported that they had dreamed of walking in his old house where he then saw his mother doing the dishes, or something akin to everyday chores. Apparently his mother than saw him and, recognising him, said ‘What are you doing here? You are not supposed to be here yet!’ And then he woke up.

2. A Woman Somehow Watched Her Own Surgery 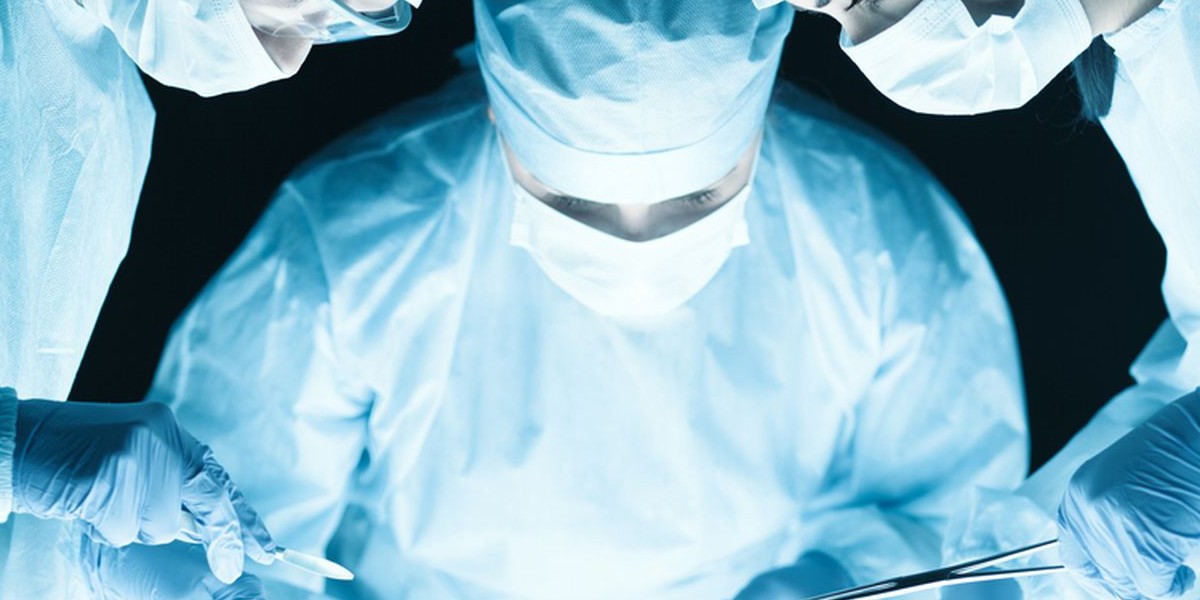 Imagine needing surgery and then somehow WATCHING your own procedure? Well that’s exactly what happened when this woman had to have surgery after falling ill, resulting in her heart actually stopping for a few minutes during the procedure. Fortunately, they were able to bring her back round, but the next day she told a family member that she was certain she had died during those few minutes her heart stopped during the operation, and then somehow watched during an out-of-body experience. She also added that she believed she had a conversation with her father, who had passed away, during this experience…

3. This Person Found A Strange Peace After A Car Accident 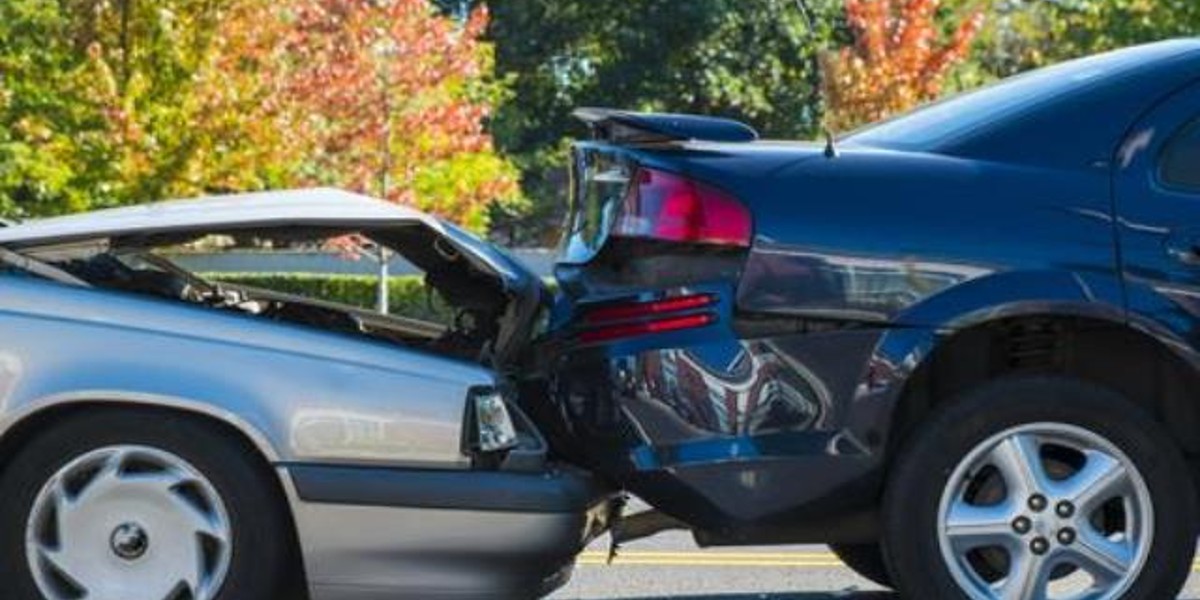 This person was involved in a car crash and actually died from blood loss after being involved in a car accident. During this time of ‘death’, they reported seeing space, a ‘really peaceful’ place, feeling like they were in a tunnel. They also experienced a flash of memories, but was unable to focus clearly on them. The person recovered and returned from wherever they had been, but they still dream about it all the time…

4. This Man Suffered A Heart Attack And Remembered Peaceful Fields Of Grass 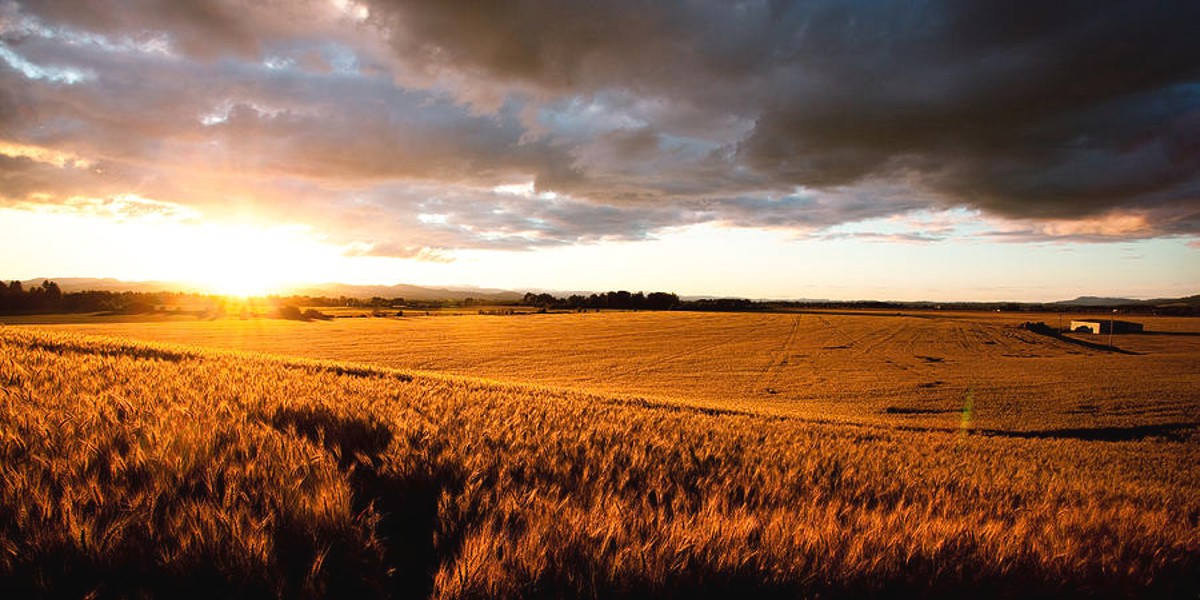 After suffering a heart attack, this man fell unconscious, and remembered being in a field of tall grass. He recalled trees in the background, and even remembered a barn-like structure with a lot of junk items around it. One of these items included an old car. He could sense other ‘presences’ around him. One of these he somehow sensed to be his grandfather. Before he got chance to speak with him, he woke up. His wife later told him that when your heart stops, you’re unconscious, not dreaming… so what was this place?

5. A Woman Found Peace During Moments Close To Death 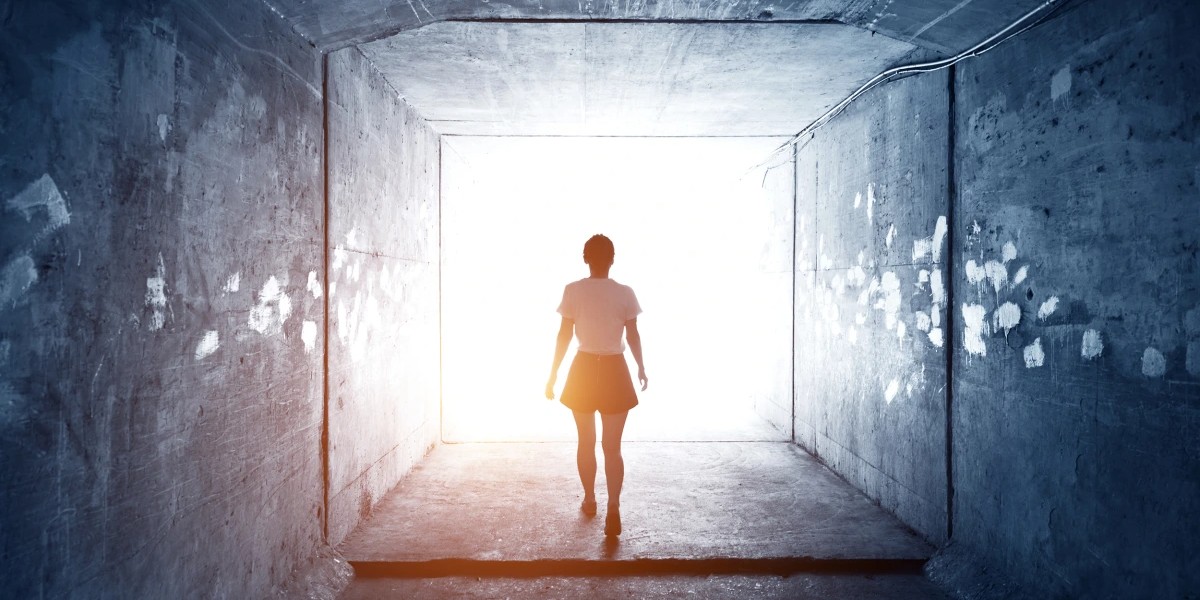 This woman was dying due to pregnancy complications – she thankfully survived the ordeal, but fell into a coma which lasted three days after giving birth to her son. The medical staff attending to her at one point said that she only had minutes to live. During this time, the woman experienced calm… As well as a feeling without any pain (surprisingly, after her awful ordeal). She recalls a feeling of calmness. She also recalled that she felt as though she could hear the medical staff speaking around her while she lay. 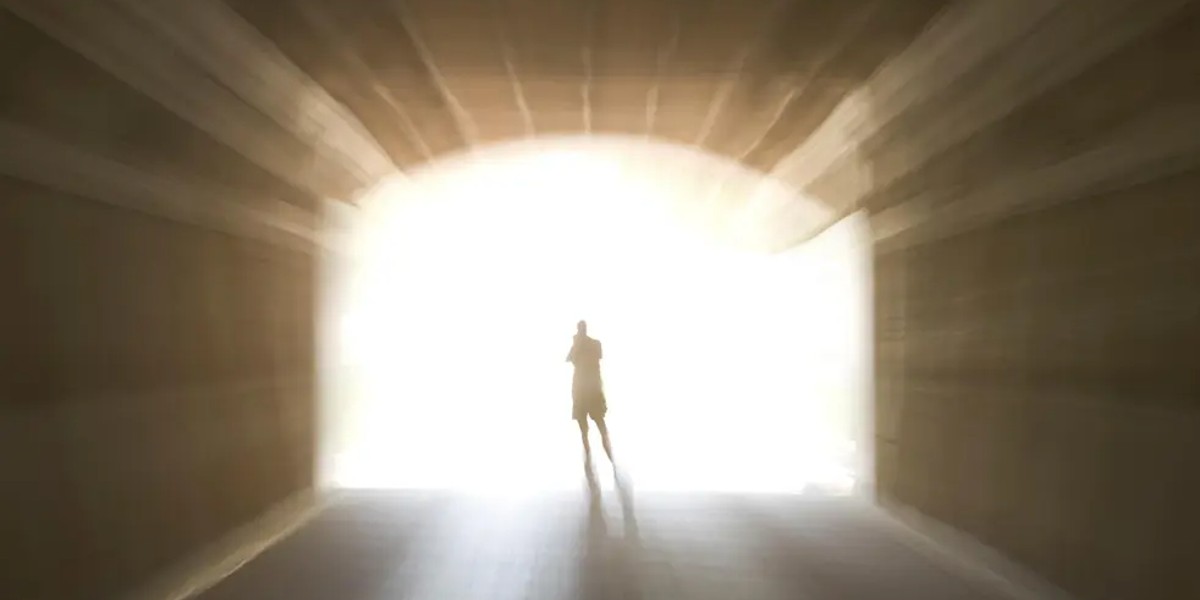 This person was only 7 years old when they had this strange experience following a car accident. They were involved in a head-on collision with a semi-truck, which forced them into a coma. At the time, they remembered having an out-of-body experience. During which they spoke with a ‘presence’. The person felt like they were on the ‘other side’, where this presence told them they weren’t done yet… A month later, they woke from the coma, but could still remember the out-of-body experience before everything went dark.

7. This Man Knew What Music Was Playing While Doctors Worked To Bring Him Back To Life 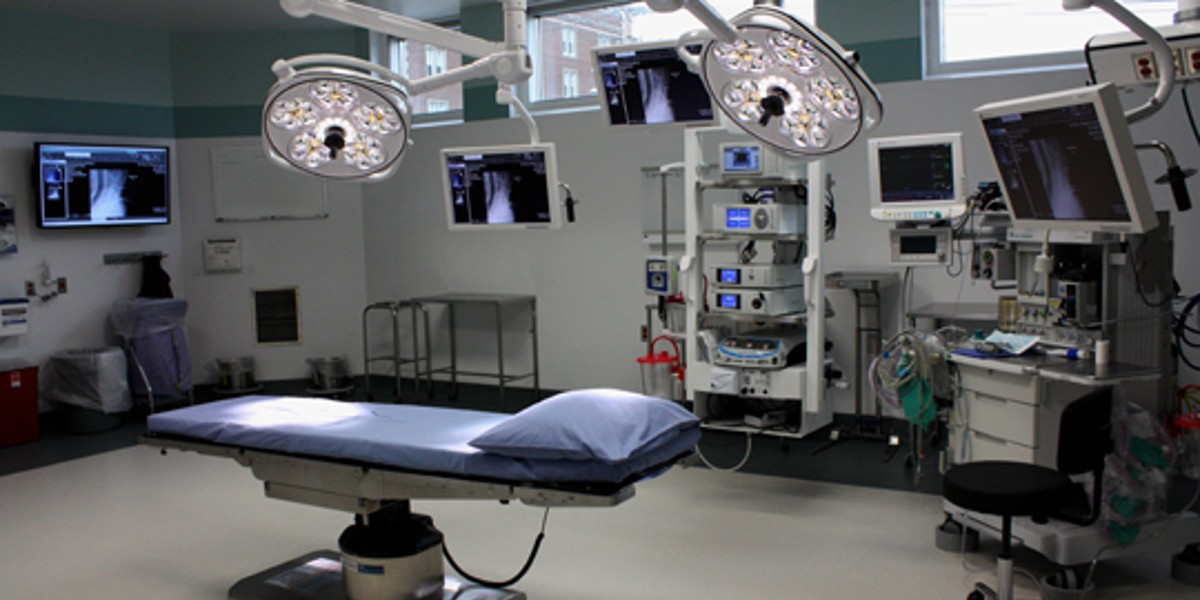 A man who was involved in a car accident was rushed to surgery and died on the table. He then recounted being able to look down on himself while the medical staff worked. During this time, he was aware of the music playing in the room, as well as small details. The team thankfully managed to bring him back to life, and when he came back, the doctor brushed off the man saying that he was watching them work to revive him on the table. But the doctor was shocked when the man confirmed his bald spot, as well as Metallica playing during his death on the table. 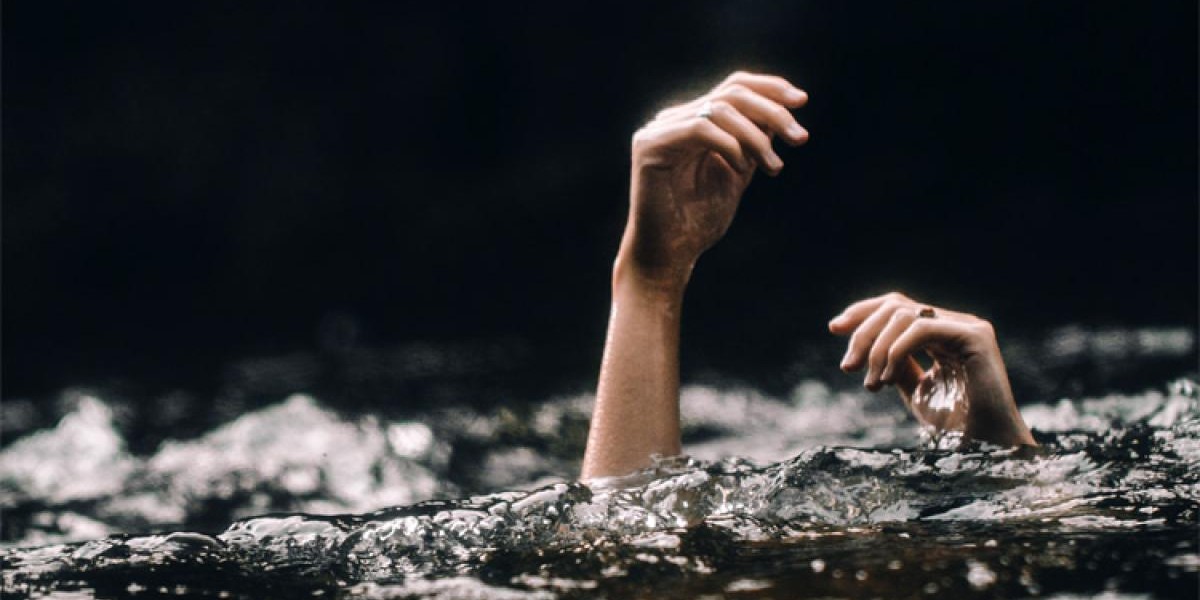 As well as death, ‘limbo’ is also a concept many people dwell on – that point of being stuck between. Well, this person describes what limbo was like for them. They felt like being ‘stuck in TV static’, but also an overpowering feeling of being dragged, almost like underwater, by ‘powerful waves’. During this time, the person tried to focus on the last bits of memory that they had. They focused so hard that, apparently, it was enough to pull them back from ‘that place’ to the present. But it may have been so easy to be dragged under, too.

9. Did The Spirit Of This Person’s Dad Save Their Life? 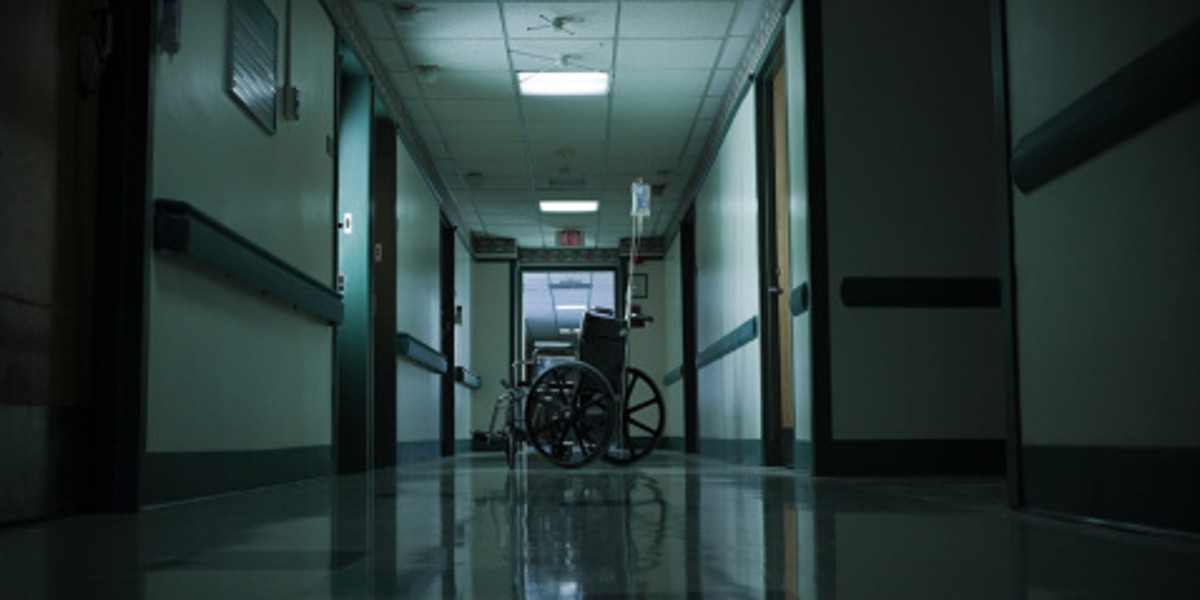 When they were 17, this person’s father had already died two years previously. At this time, they were having to be put under anaesthetic to have a medical procedure. Whilst under, they had a ‘dream’ that they were standing in the hallway of the hospital. They were about to walk out of the door…Before they could, they heard their dad’s voice calling ‘Don’t go that way!’. They turned around to see their father before waking up back in the operating room. The medical staff told them that they’d flatlined during the procedure.

10. This Teacher Found Himself Floating Above During His Own Surgery 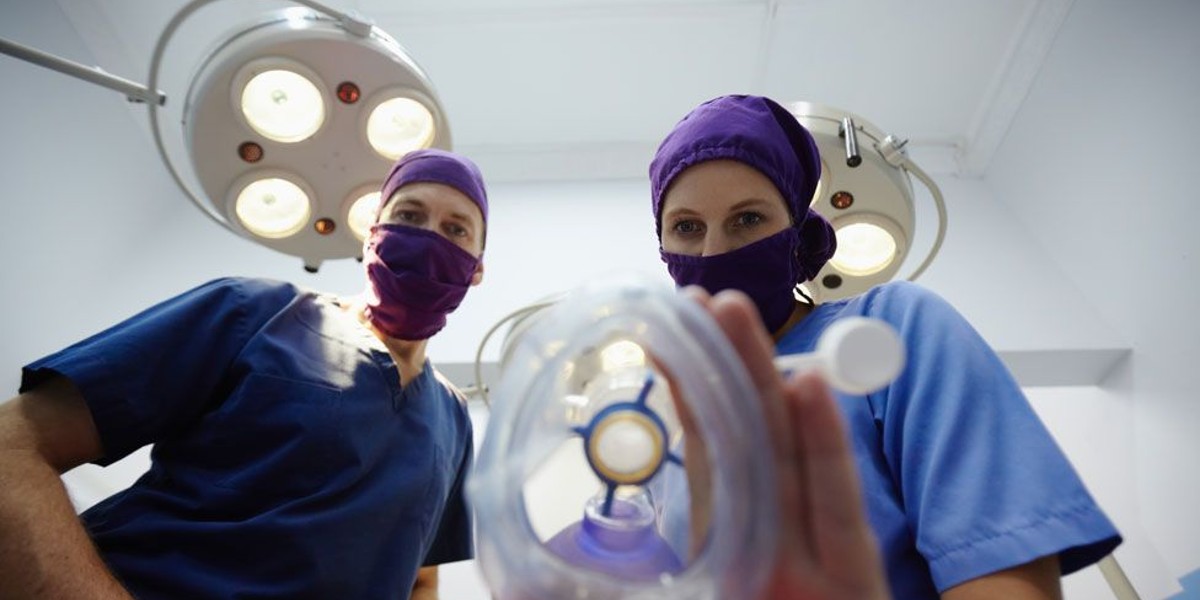 A teacher recalled the time of his out-of-body experience to a student, during a time when he became ill and was brought into hospital to have surgery performed on him. During the surgery, the teacher flatlined and was officially dead on the table without a pulse. The teacher then remembered floating above the operating team. He could see everything the team was doing, and could hear everything they were saying. He recalls that it was a peaceful experience, but remembers that he had full awareness of what was going on.

11. This Man Is Now Convinced There Is An Afterlife 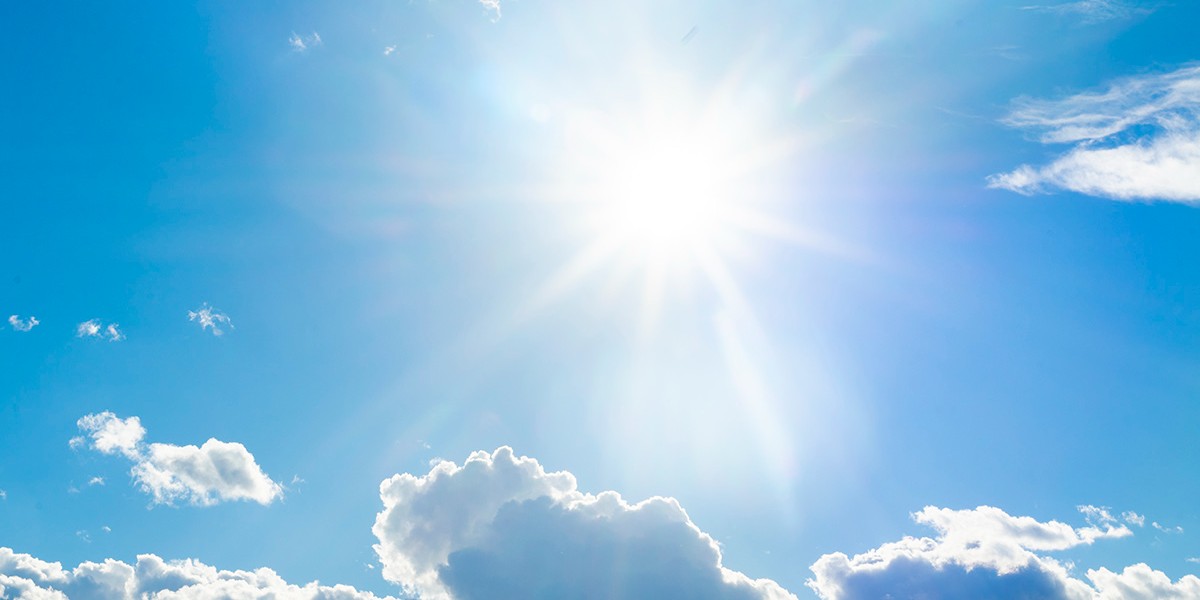 After getting shot, this man was taken to hospital to treat his wounds but ended up dying from his injuries, for a time. During this time, the man recounted that he found himself walking  around ‘in the sky’… He not only saw the sky, but he heard the sound of trumpets, too. He didn’t see anyone else around during this time, only the sky and the sound of the instruments. Fortunately, he was saved from death and managed to wake up. When he woke up, he was then certain that there is definitely an afterlife based on what he saw.

12. This Person Had The Same Near-Death Experience Twice 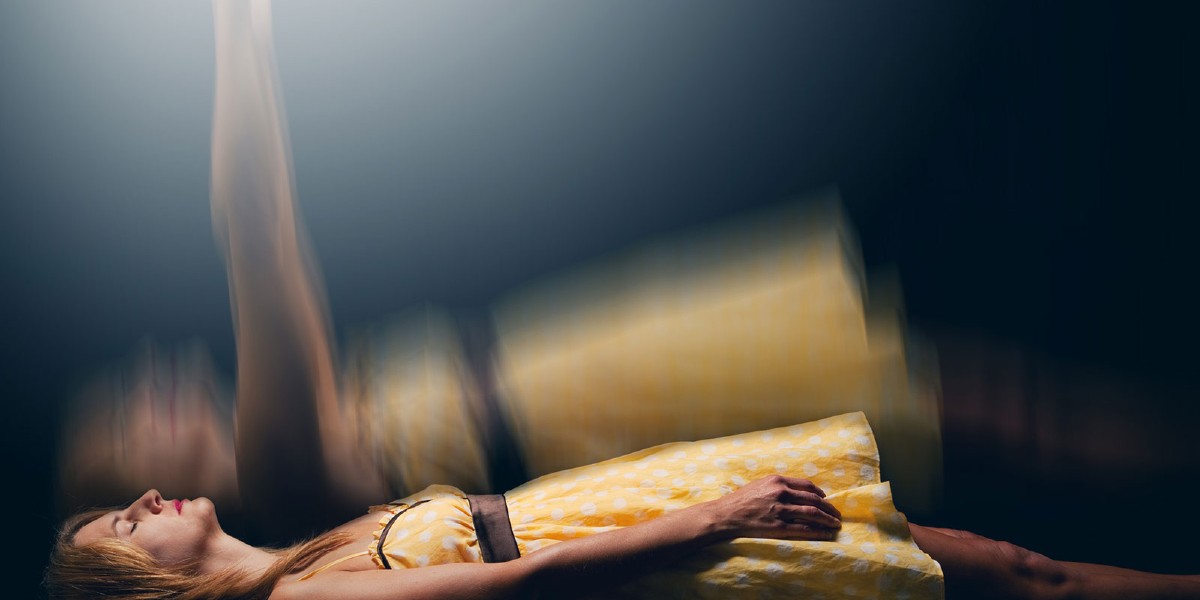 One near-death experience would be enough for anyone, but this person has not only experienced it twice, but DIED twice. The same feeling of the in-between happened both times – they felt that place between consciousness and sleep. They described it as dark, and a feeling like they were floating. Both times, the person felt fully aware of themselves and their surroundings – they also knew that something significant had happened, but weren’t entirely sure what. Based on both of these experiences this person thankfully came back to life..

13. Hearing Names Being Called On The Highway 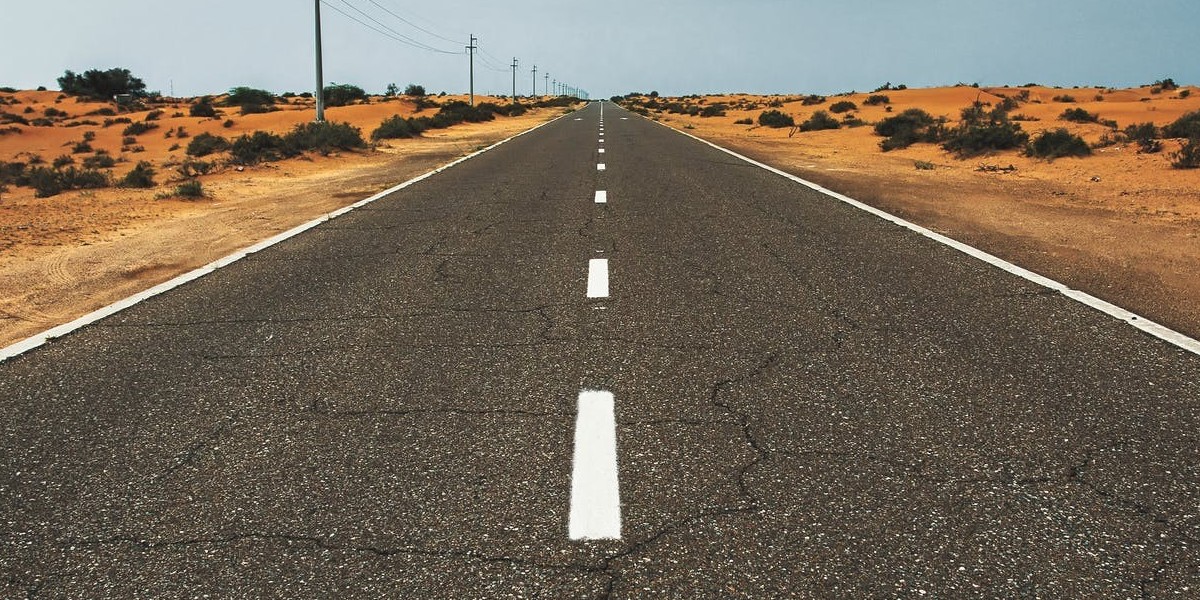 Cruising down a beautiful highway in a great car is many people’s dream, but for this person, it led to a near death experience they’ll never forget. When they were 19 years old, they were driving their Camaro down the highway when they began hearing a voice calling names. Suddenly, they were jolted back to the present only to feel that they were in agonizing pain. 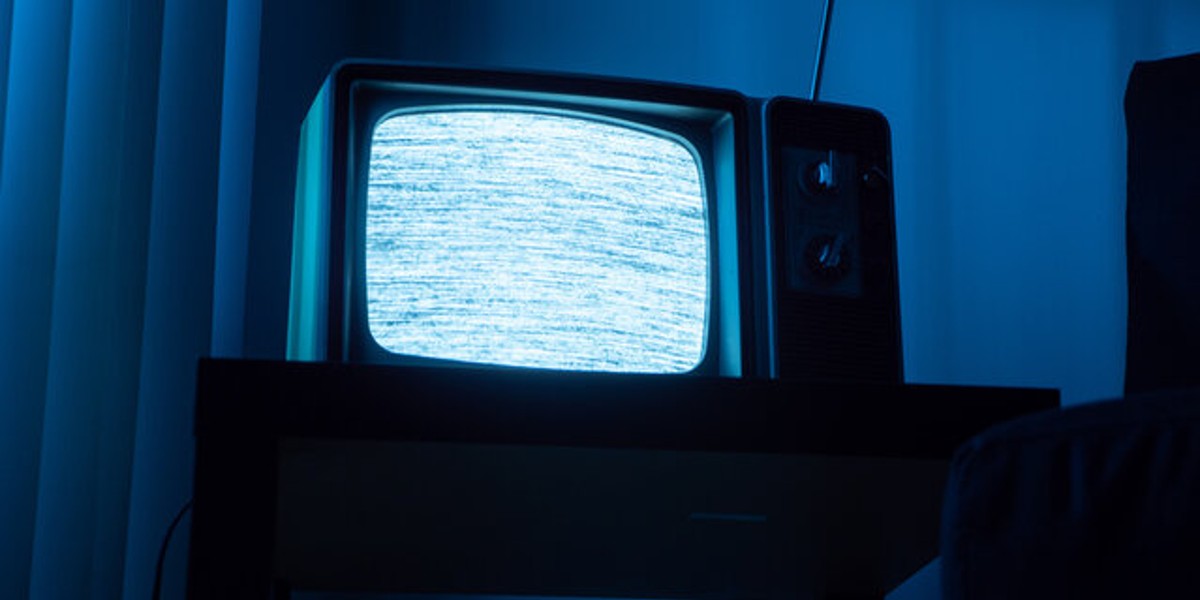 There’s something about TVs and limbo/death. Maybe it’s flashbacks to the Poltergeist movie, or maybe just the best explanation for the kind of ‘in between’ static you can find on an out of tune signal. Either way, this person describes death as just like that. Like turning off a television. Nothing but darkness, blackness. An empty screen. They then described the point of ‘coming back’ like turning the TV back on – no sense of knowing how much time had passed between turning the TV off and turning it back on again.

15. A Divine Calm After Nearly Drowning 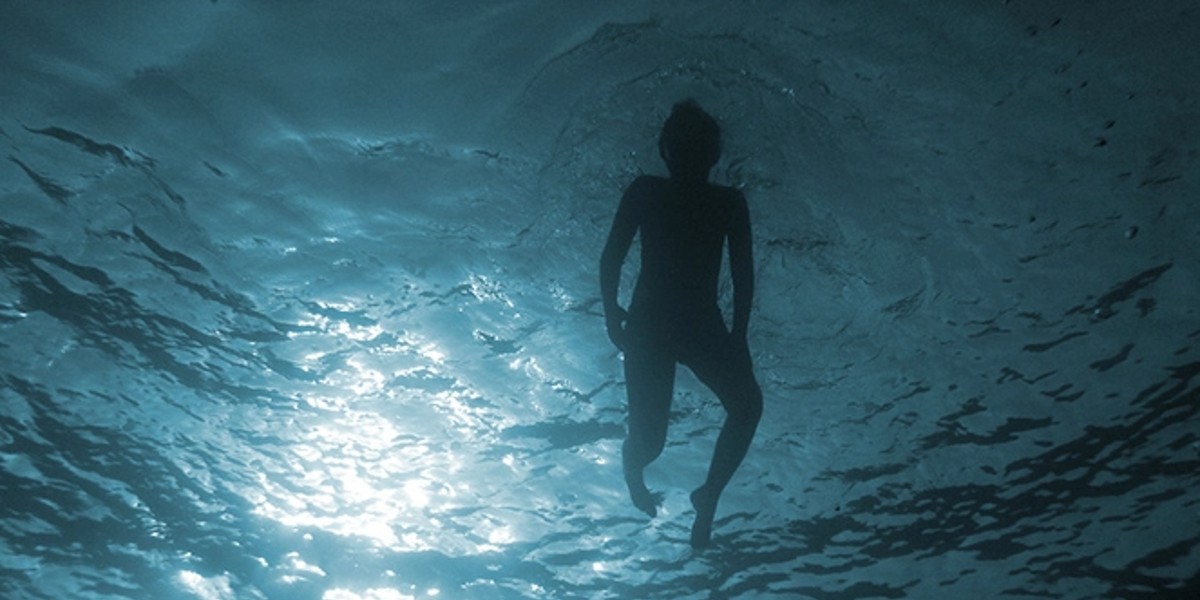 When they were 5 years old, this person almost drowned. They remember falling in and beginning to panic, trying to scream and struggling against the water to stay alive. Then, everything went calm. It seemed to go quiet and slow down. They recalling thinking that this was the moment they were going to die, but it was so calm that they didn’t feel scared. There were no lights or anything visible, but the person just recalls a ‘divine’ calm and the sense that everything was going to be okay.

16. Walking From A Tunnel Into Sunlight 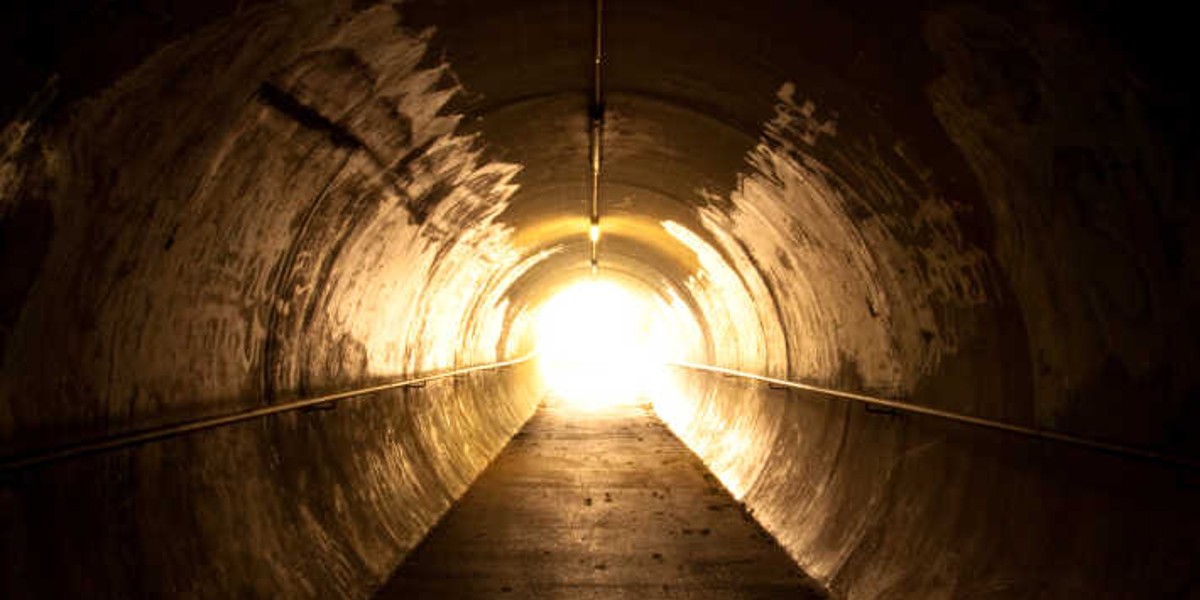 The tunnel/light at the end of is a common one when it comes to near-death experiences, so maybe there’s something in that after all. For this person, it was like a dark tunnel with a tiny pinhole of light at the center. As time moved forward, the light got bigger and bigger. They described it as ‘walking out of the tunnel into the whitest sunlight ever’. They didn’t hide away from the light or shield their eyes, it was just a warm, welcoming bright light. They then heard a voice, and it pulled them back into the room where the doctors were saving their life.

17. The Light At The End Of The Tunnel 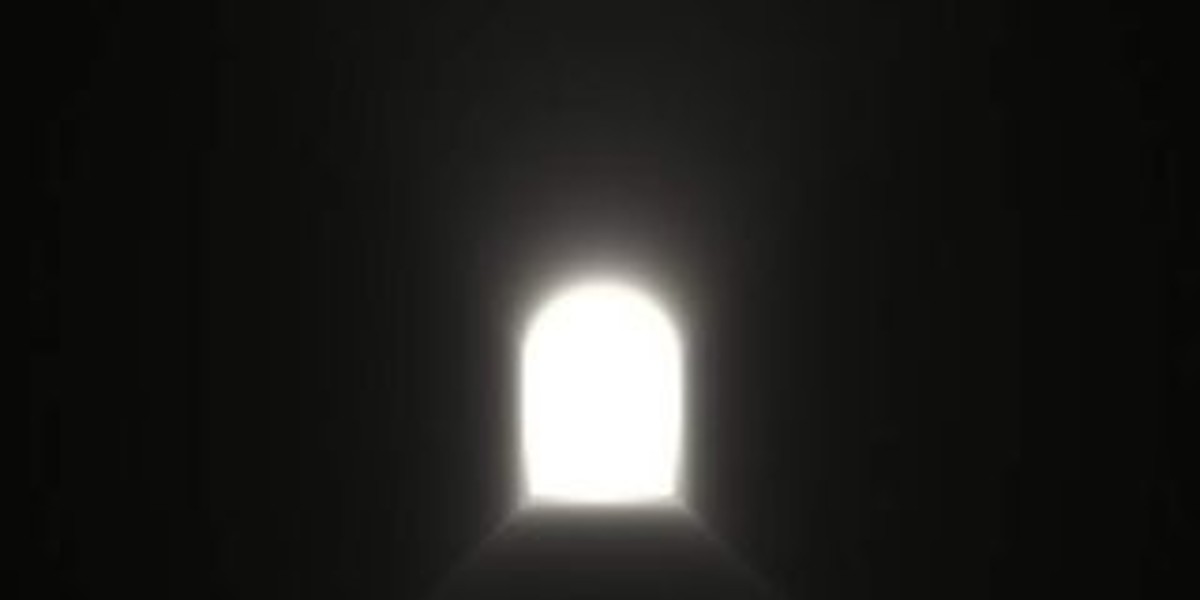 This person suffered cardiac arrest when they were only 16. They remembered walking down a tunnel, which was cold and dark, until the opening at the end was full of light. When they stepped through, they saw something similar to the Christ the Redeemer statue in Brazil, with candle lit up over it. A voice told them to throw a rock, and actually gave one to throw at the statue. The person decided not to throw the rock. When they turned back to the tunnel opening, they saw all their school friends standing there waiting. They walked back to them. 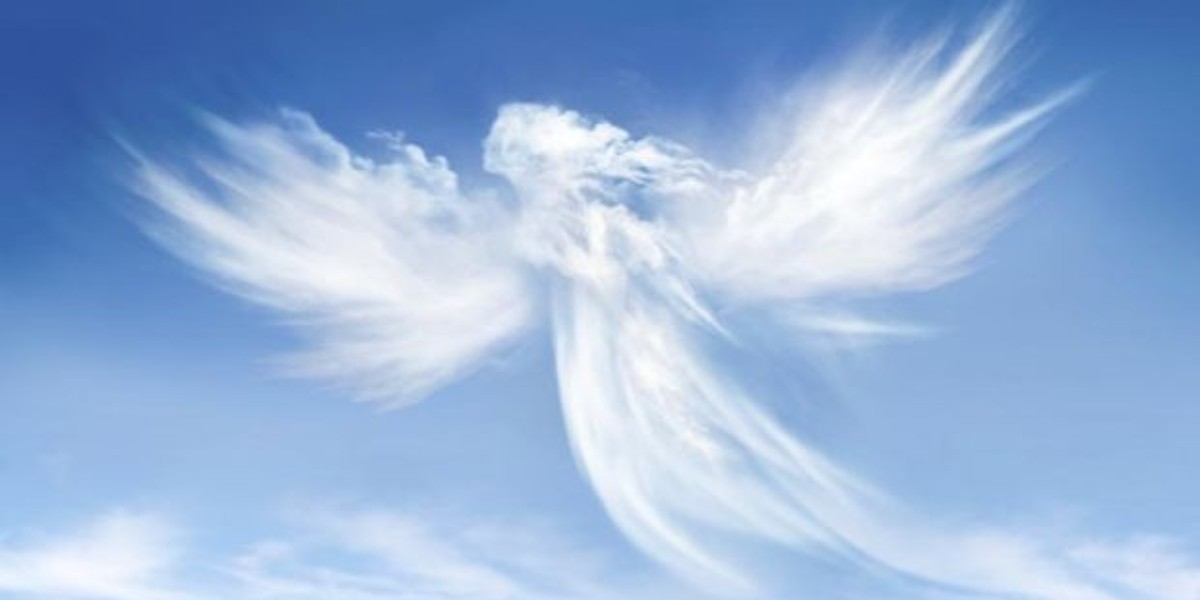 This person recalls darkness, but also one that had a ‘soft, bluish glow’ to it. They also remember sensing something like a person appear to reassure them that it would be okay. Since the near-death incident, they even feel sure the person has returned. Seeing them in the corner of their eye for just a moment. Every time they see the shape of this presence, the person admits that some sort of bad situation always happens. This leads them to think it might be a guardian angel of some kind. 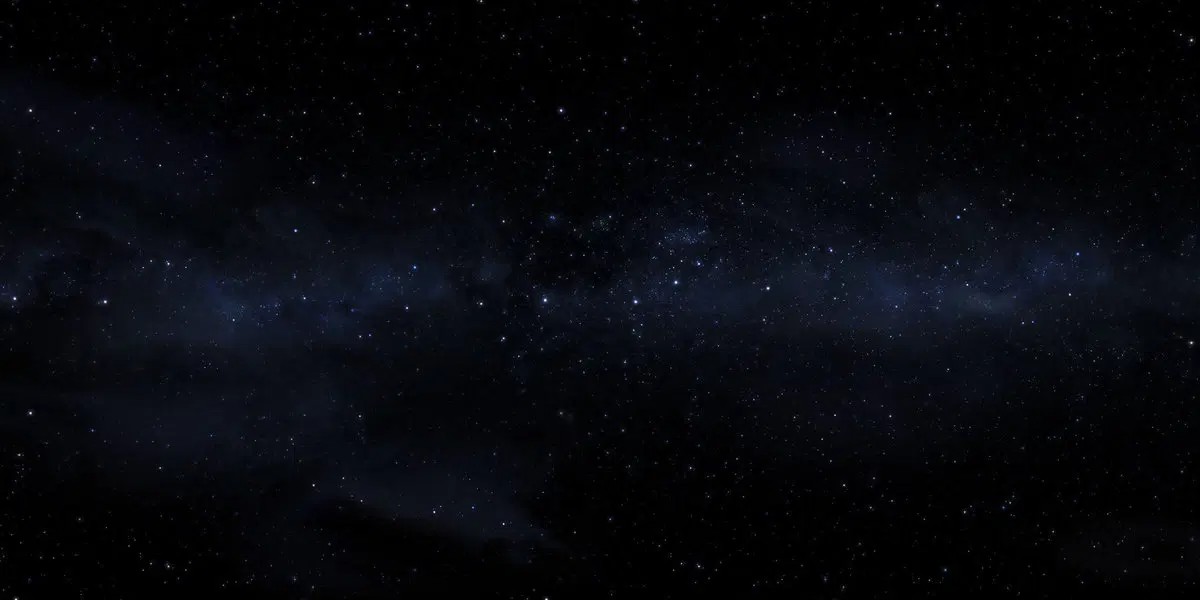 Just like the ‘light at the end of the tunnel’ experience, the black nothingness/void analogy is certainly one that crops up a lot, too. And for this person, the ‘black nothingness’ was exactly what they experienced. But although a black void sounds terrifying. This person didn’t feel that way. They described it as ‘very peaceful’, and almost like a warmth at one point. There was nothing other than calm and peace, even though they couldn’t see or hear anything beyond the darkness.

20. Falling Into An Endless Void 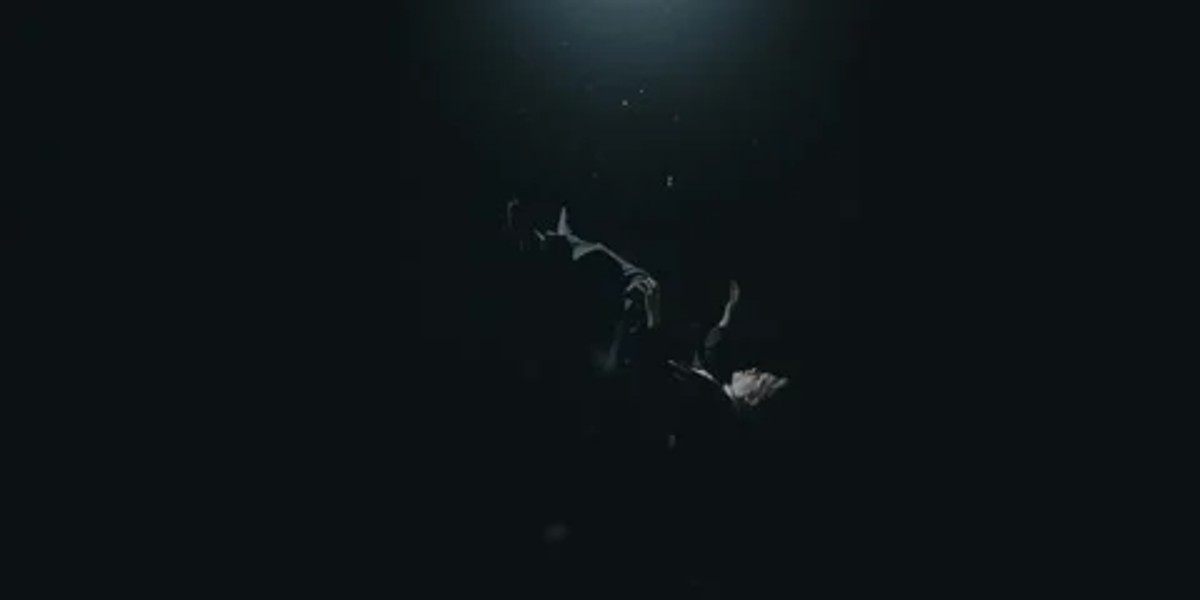 For this grandmother, the experience of near-death was like an ‘endless void’ – which is how most people would picture death. When she died from her heart stopping, the out-of-body experience she had left her falling into a void with strong winds around her. She didn’t know how long she was falling for. When she was thankfully resuscitated, she felt like the void had ‘reversed’ and pulled her back into her body. She couldn’t feel or see anything during the time of falling in the void, but she could hear voices beyond.