1. Do you stand on your head to eat them? 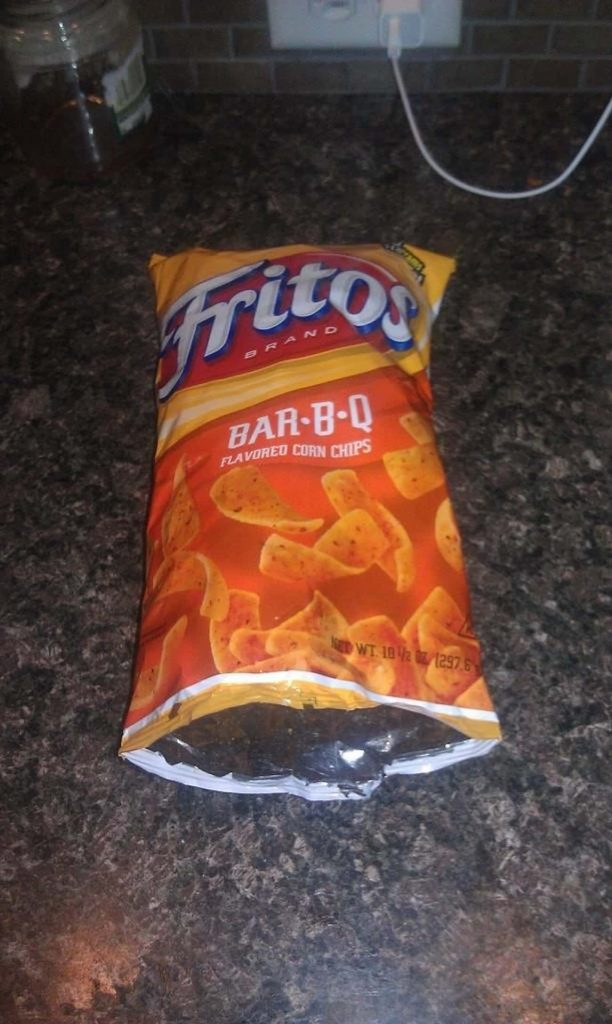 This image has a negative trigger.  Imagine sitting in the pub and one of your mates offers you a corn chip.  You only like ready salted and want to view the packet for confirmation of flavour.  You find that you have to lie across 2 bar stools so you can read it and someone moves one of the stools for a joke.  You fall on the floor, pretending you’re not in excruciating pain and comment that you’re looking for an earring.  Then you go in the toilets for a good cry. 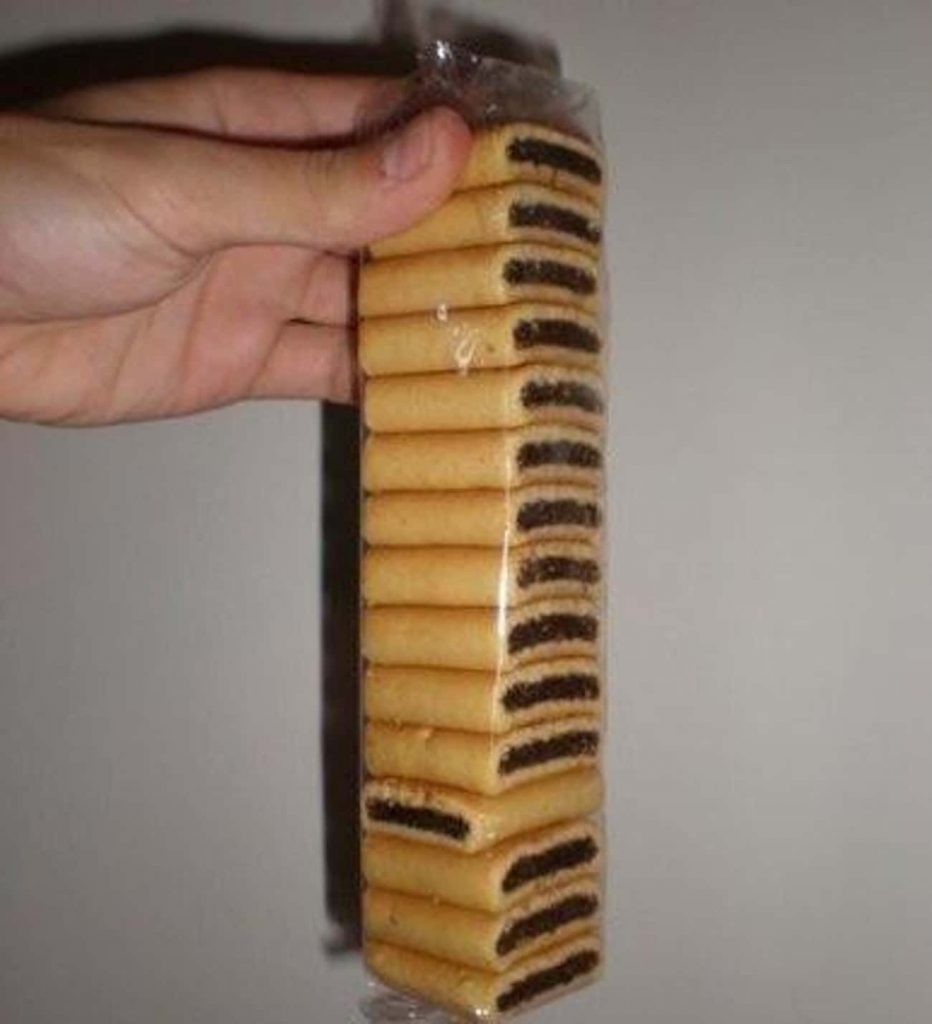 This makes me tremble so much that I need to eat 11 fig biscuits so I can adjust the one that’s the wrong way round.  Biscuits should be like the girls in ‘Love Island’, all looking identical to each other.  It would be better to stick to a biscuit like a ‘Jammy Dodger’ where you can’t go wrong.

3.  Maybe snap one finger at a time 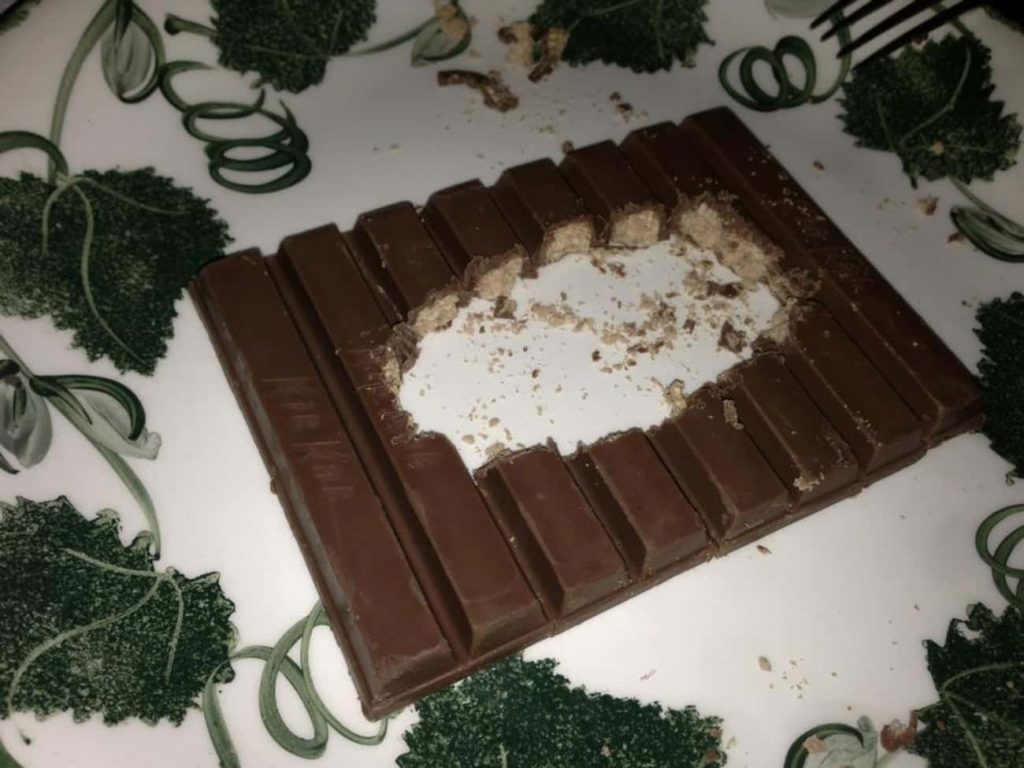 Only a loser who was not familiar with the word ‘Kit-Kat’ would attempt the defacement of this mid morning snack.  If you wanted to unnerve us, then you’ve succeeded.  Just thinking, did you confuse it with the cat food ‘Kit e Kat’ ‘cos that would explain a lot about you.

4.  Even the Andrex puppy could do better 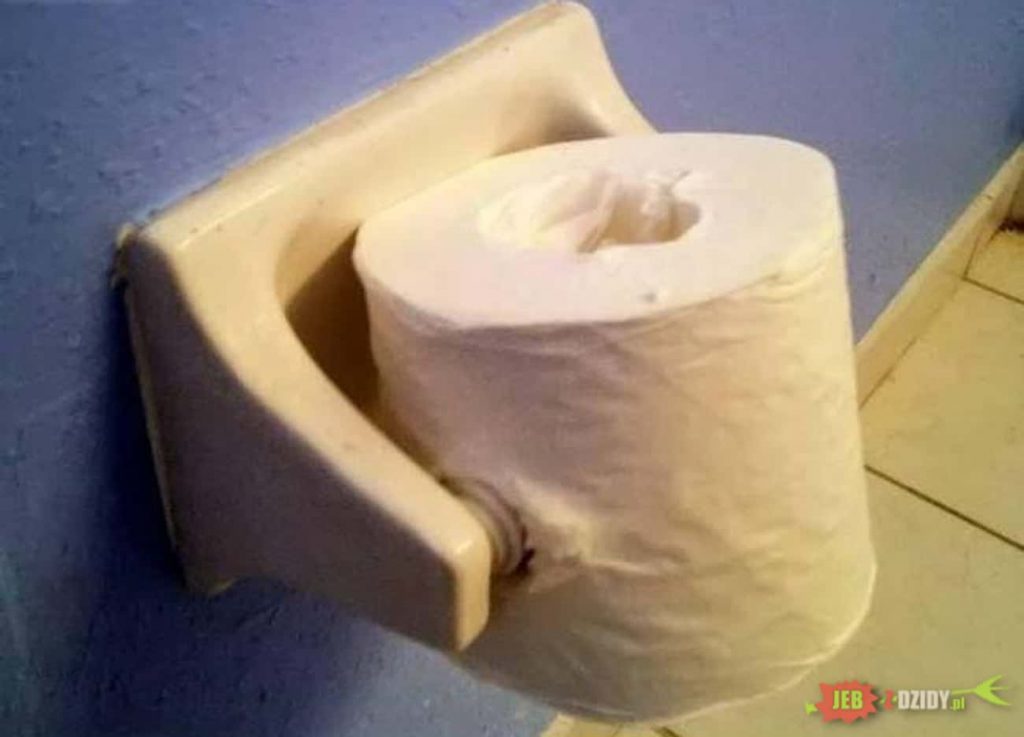 We’re not asking for hotel standard placement of toilet tissue, with the first sheet folded into a triangle or swan or something but, for goodness sake, don’t wind us up by simply trying to wedge the roll on to the holder.  It’s not big and it’s not clever.

5. The one that got away 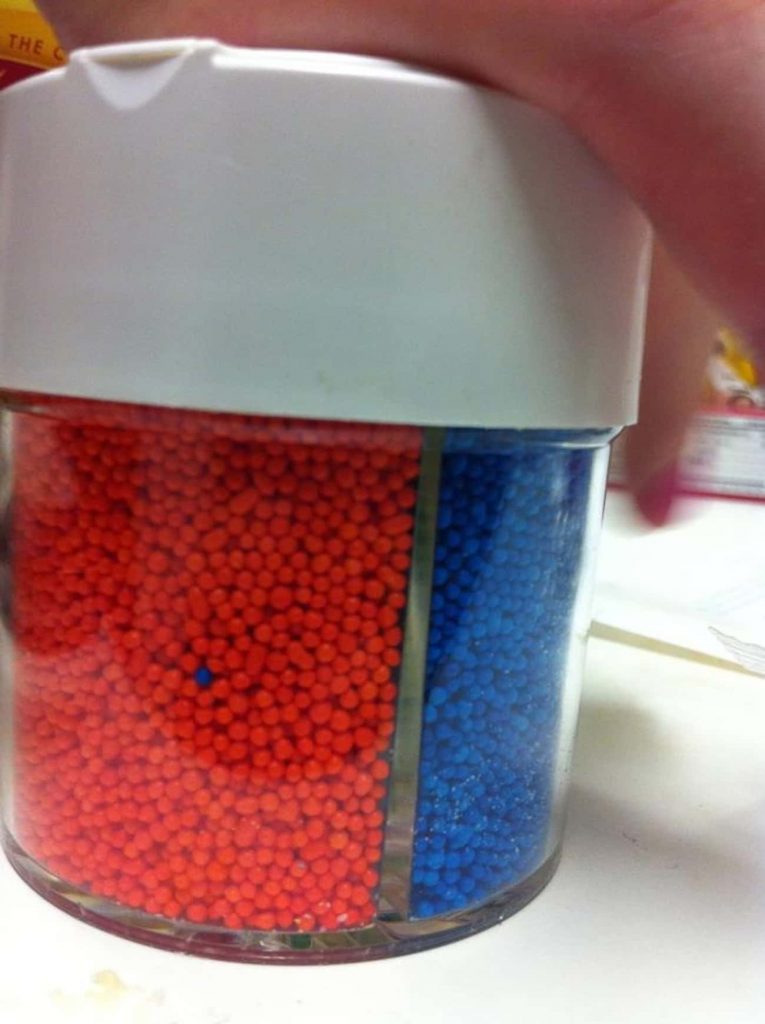 You can’t image how much this image is affecting me.  Besides spotting the wrong colour and double checking 6 times that it WAS the wrong colour,  I have also had to count how many coloured balls I can see.  I am about to throttle my brother as I got to 1007 or was it 997 and he started talking to me.  Ok, 1, 2, 3 ………… 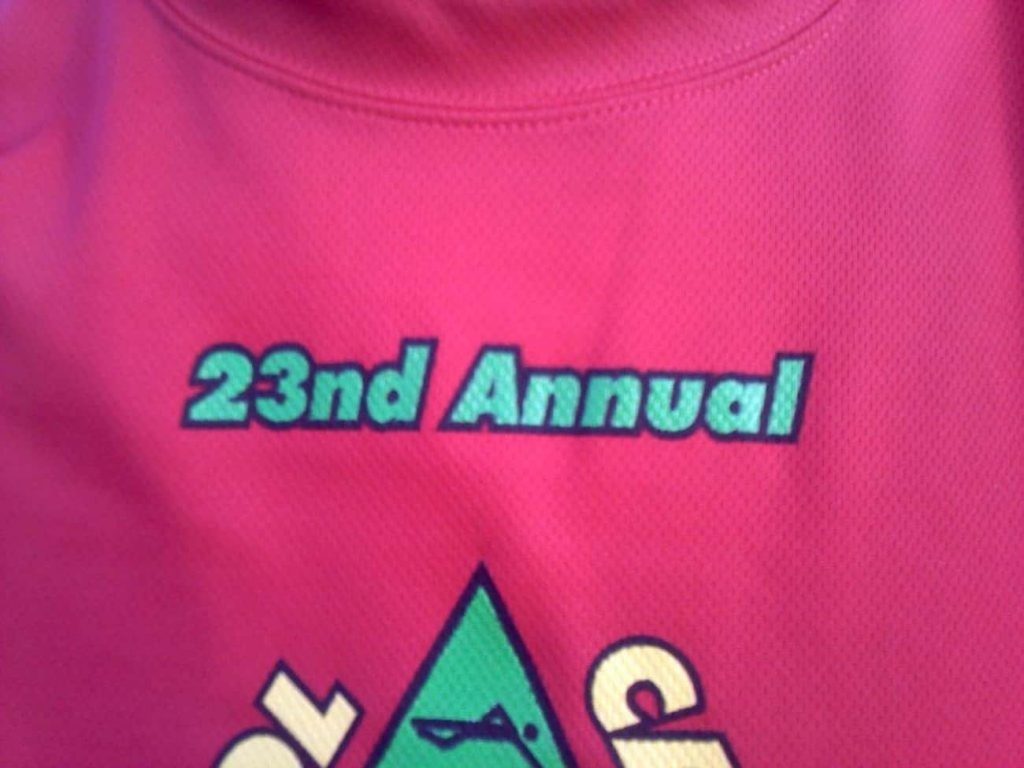 I hope it wasn’t the 23nd annual gala of the Grammatical, Punctuation and Spellers Association, with dinner and ‘an alcerholic drink of your choyse’.  If you haven’t noticed the error in the image, then I wish I was you and maybe you should join the association. 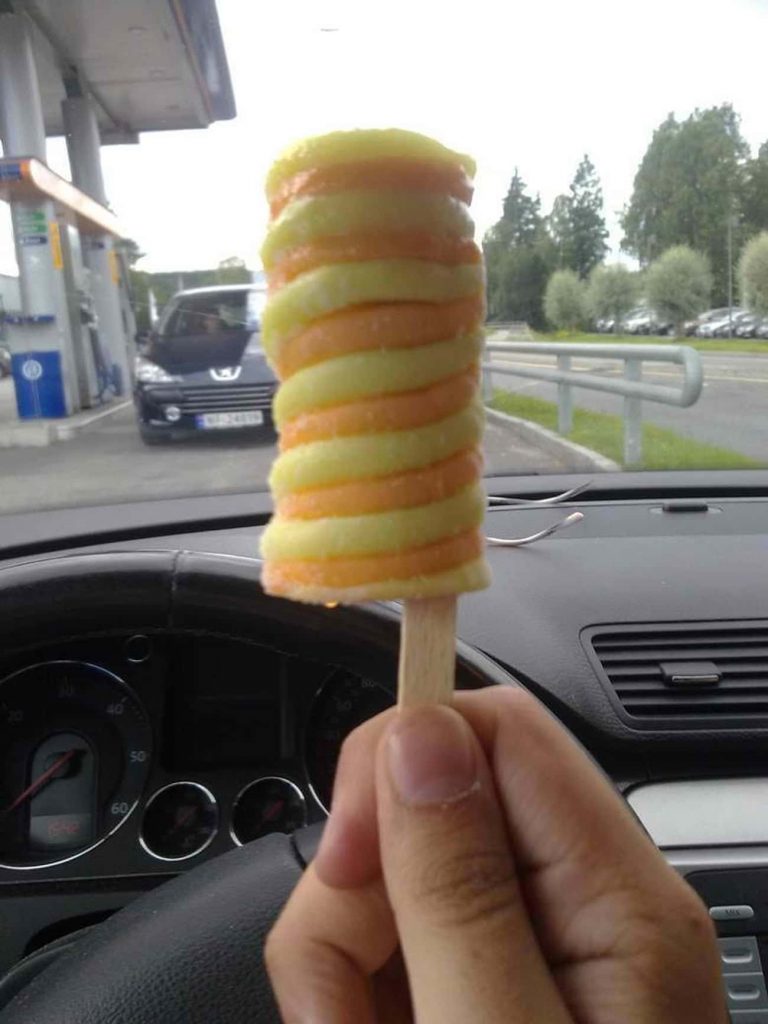 Driving whilst eating is not part of the Highway Code but driving in charge of a wonky lolly makes concentrating on the road pale into insignificance.  If this would me, I’ve worked it out, I would have to bite the lolly at 7 degrees north west and 3 degrees east until melting point.

8. This user has anger issues 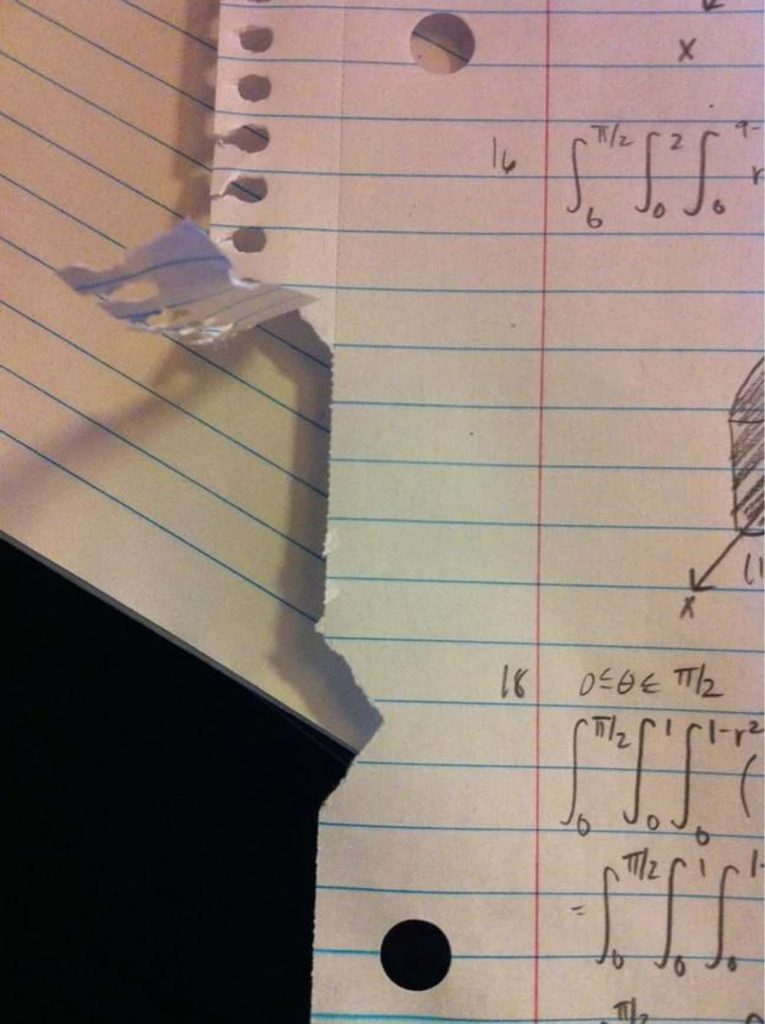 I’m a perfectionist in applying myself to any task, whether big or small, to the best of my ability.  Whether it’s sticking together a precious, valuable vase that fell into 35 pieces (sorry mum) or tearing out a leaf of paper that had a perforated line to make it fool proof, then how the heck can it go so wrong.

9. What’s the point in explaining! 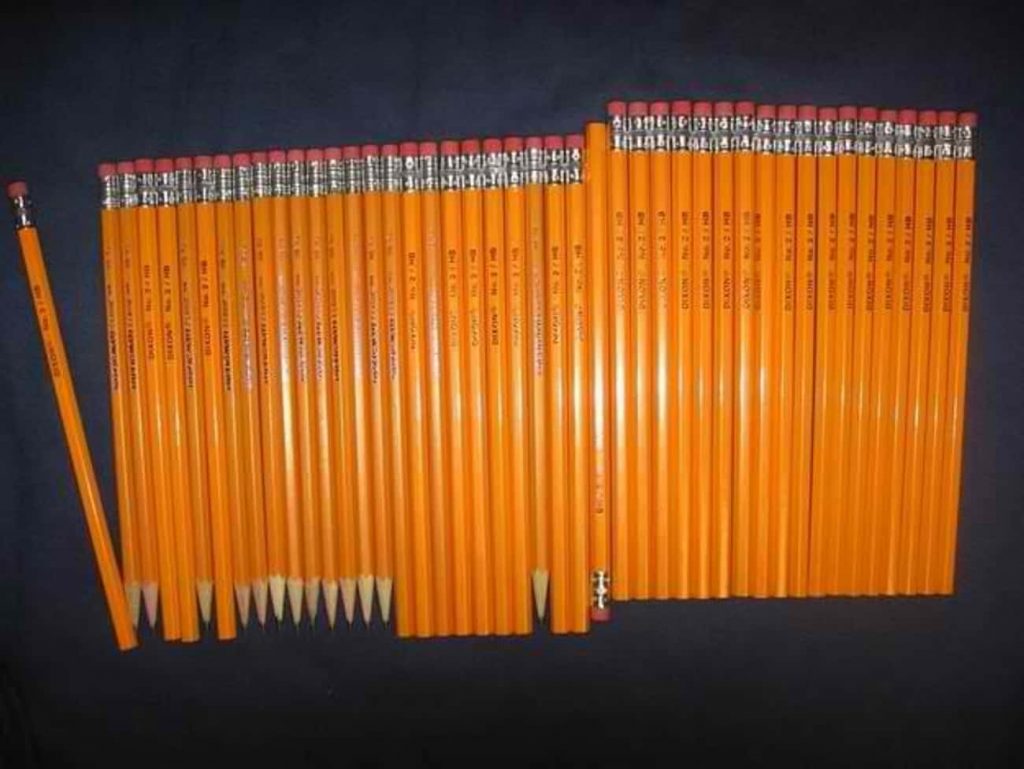 No wonder the pencil on the end was trying to escape.  That writing implement could have been the inner ‘me’, doing its best to be sergeant major and getting all the soldiers lined up evenly, especially those that were standing on their heads.  There’s no room, or difference, in the world of the military or stationery to get it wrong. 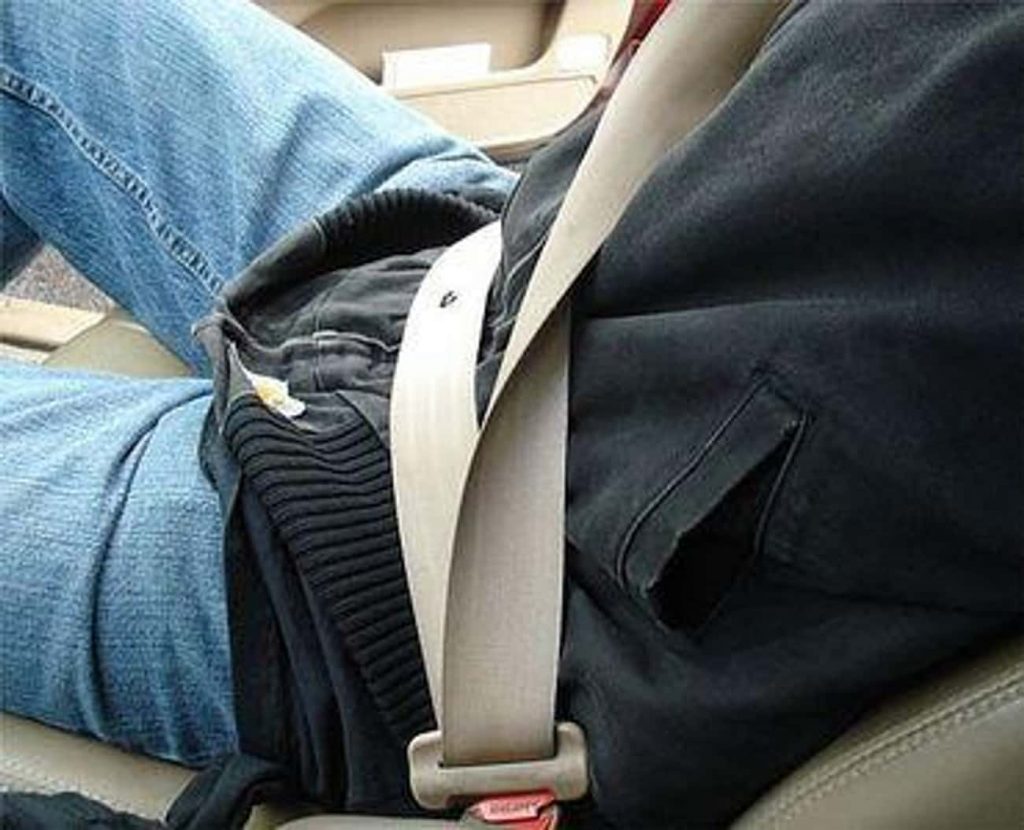 A twisted seatbelt is a twisted mind.  Ok, so I’m over exaggerating.  A twisted seatbelt is far more serious.  Think of when you’re releasing it and the belt won’t glide right back.  It will get knotted up, ready for next time.  If that happened to me, I couldn’t handle it and I’d be on the Uber app. 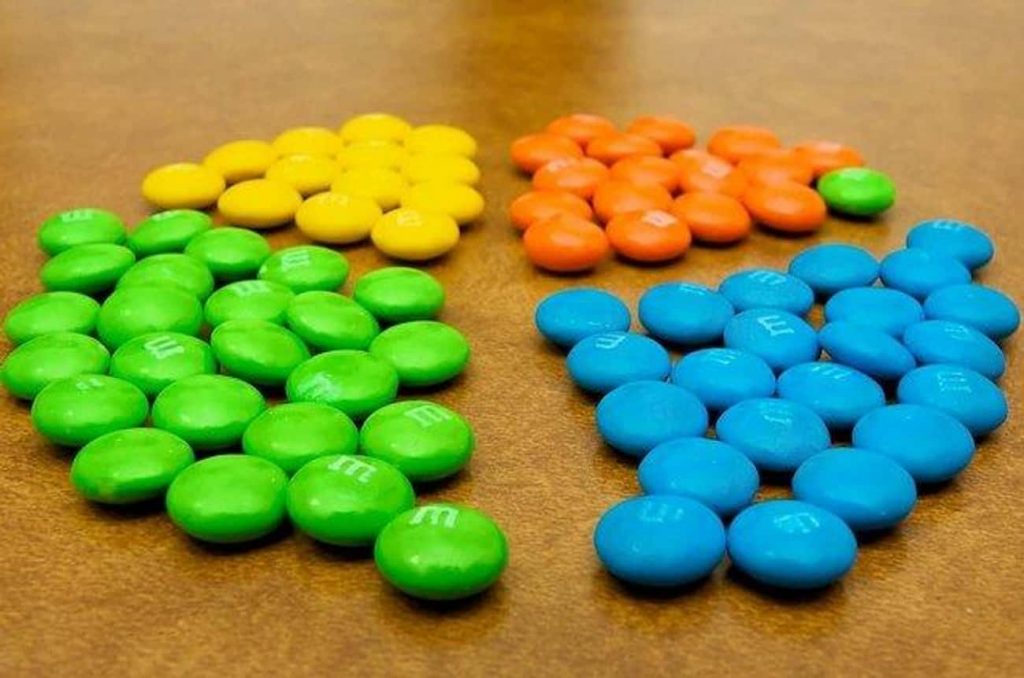 Green ‘M & Ms’ are my least favourite flavour and I always pick them all out of the packet  They even hate themselves and do their best to  to make a run to the nearest refuge.  Not the cleverest of colours, they thought that being green was their natural camouflage and assumed they wouldn’t be spotted in the orange corner. 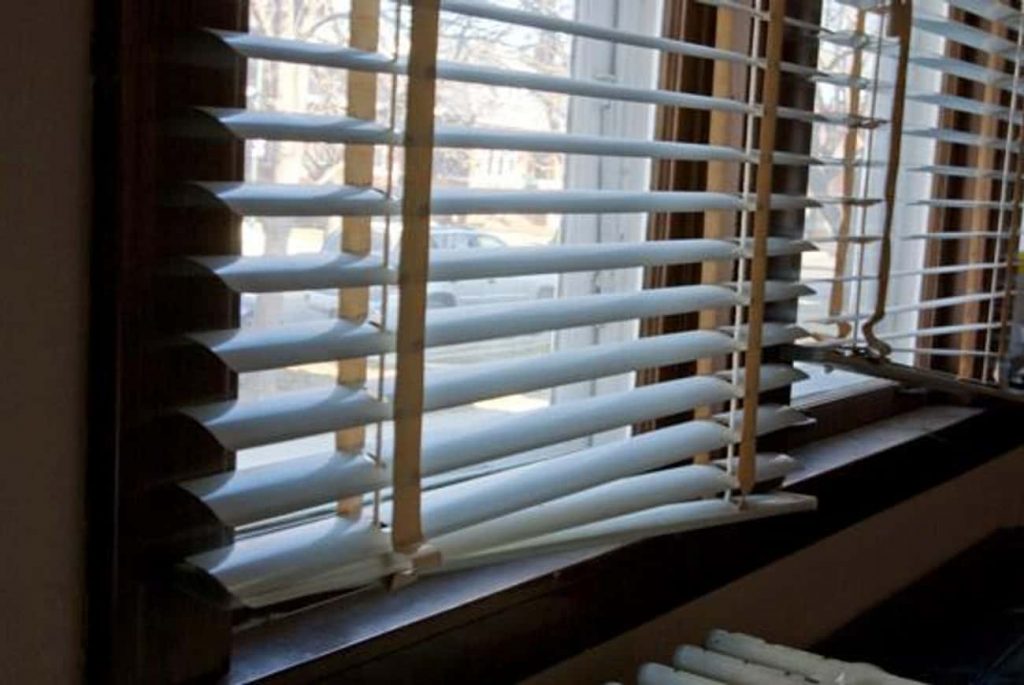 Aghhh how annoying!  What does it take to spend half a second adjusting the blinds.  For you saddos that want to be a rebel, there’s better ways of doing it, believe me. Take control and don’t do  things BLINDly.  If you really can’t be bothered, get a pair of curtains and draw a line under it. 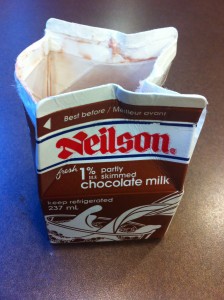 Desperate for your chocolate milk and cookies are you, you 35 year old idiot!  Think of yourself, why don’t you and forget about others in the household who barely put up with you and might just want to pour themselves a drink – into a glass and not all over the table. 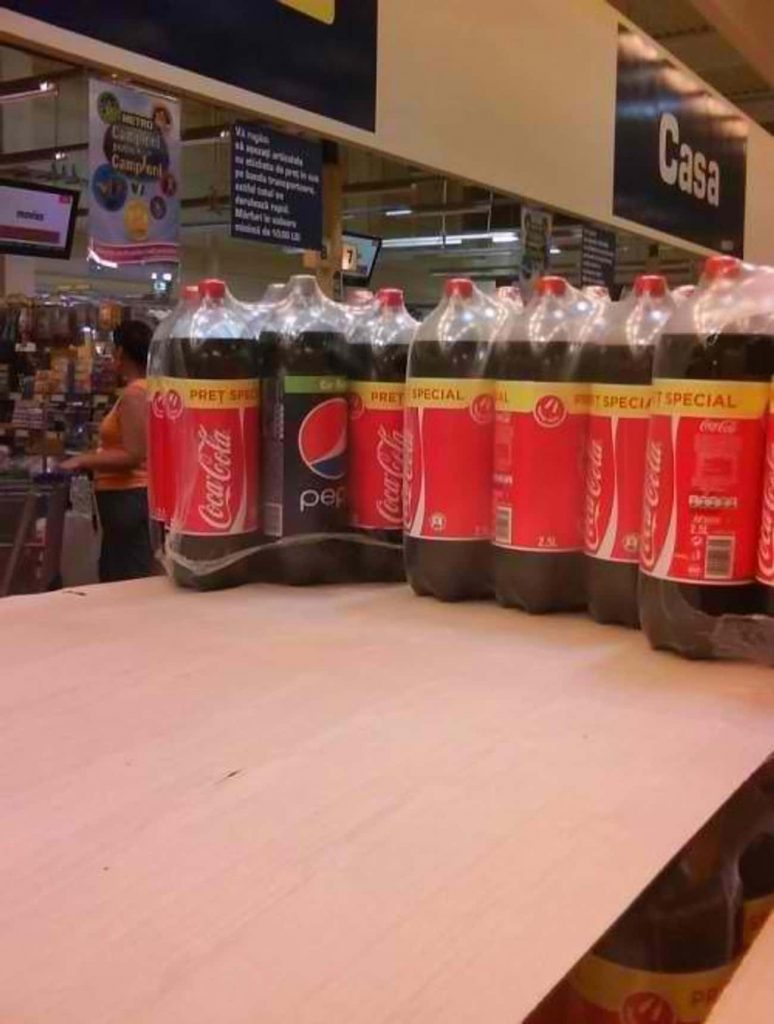 If I was unfortunate enough to see these bottles socialising with their Pepsi friend, it would unhinge me.  Pepsi is obviously Billy-no-mates but he has no place alongside his higher quality and better tasting cola associates.  Do us all a favour and go and mix your drink with Tango.

15. When you hate making the bed 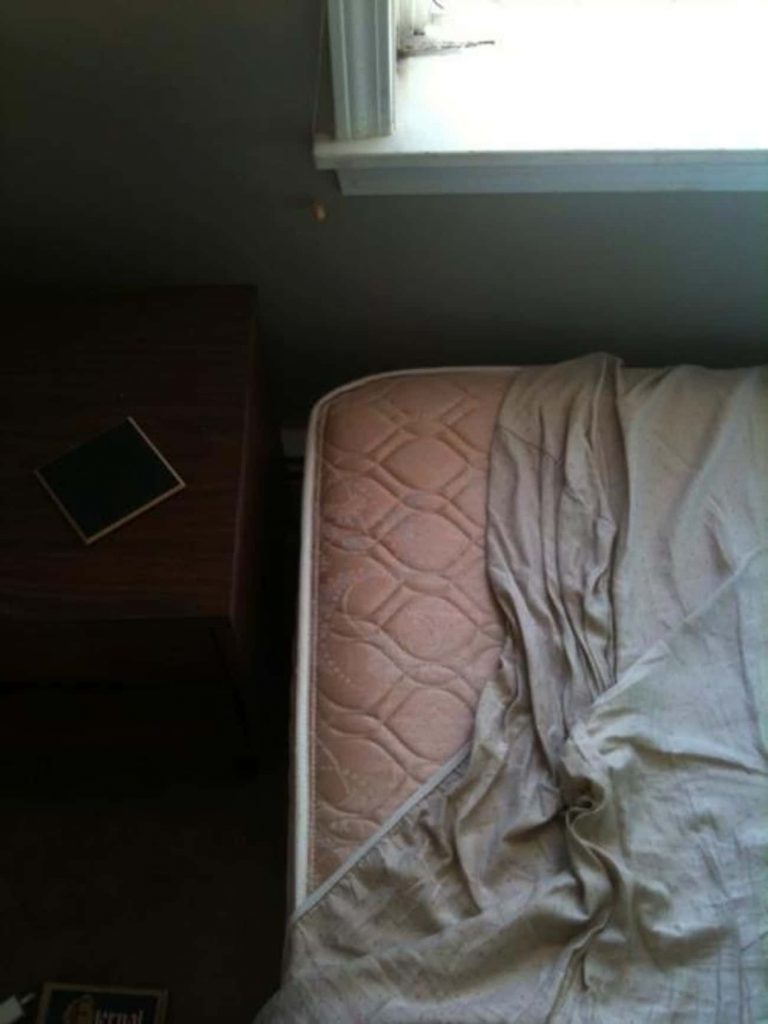 There is a saying ‘If a job’s worth doing, it’s worth doing well’.  It should not be confused with ‘If your mother won’t make your bed, do it wrong and she’ll never ask you to make it again’.  If it’s too much effort for you then fork out for a bedsit and do what you want. 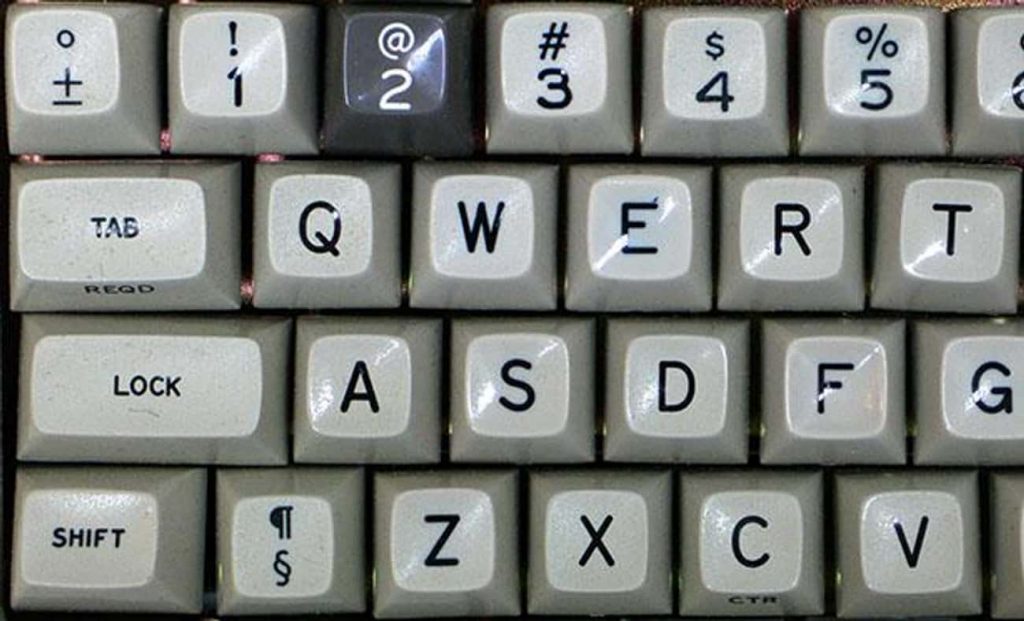 Totally unacceptable for one such as I that takes colour coding as seriously as staying hydrated.  How can we be expected to use a keyboard that doesn’t flow.  I would put it on a par with Gail Platt walking around with one of Ken Barlow’s jackets on – there’s no place for it.

17. Anyone got a bionic thumb? 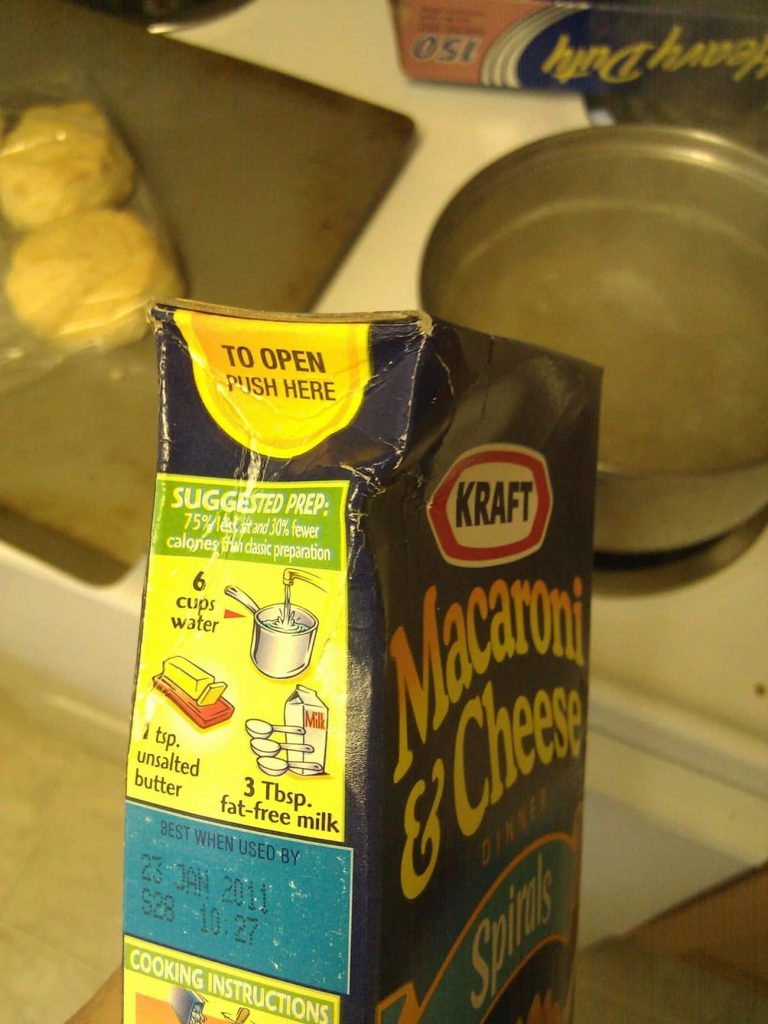 You know this is an accident waiting to happen.  You push and push and push (where it says ‘push’).  Nothing happens after 17 minutes and you are feeling faint from starvation and a possible panic attack is waiting in the wings.  You have no alternative but to turn to drastic measures to open the ‘delicious’ mac ‘n cheese with anything you can find.  The nearby screw driver pierces the box and it takes 4 days for the contents to drip out. 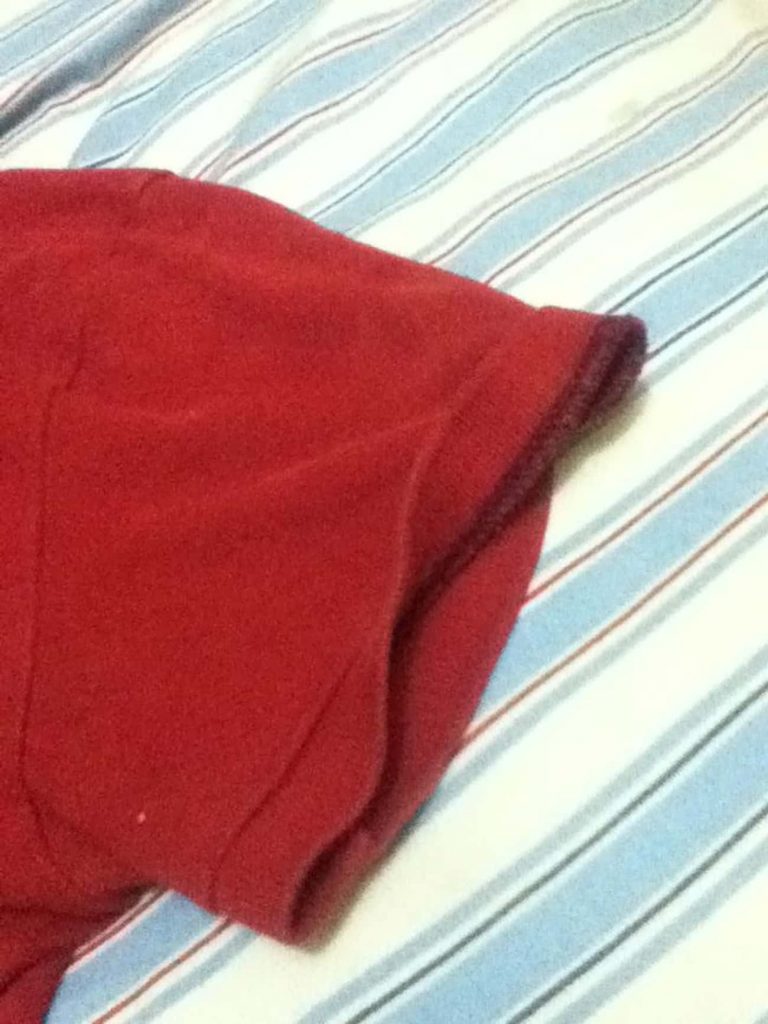 As Shakespeare once said, ‘To iron or not to iron; that is the question’.  I iron everything, even the ironing board cover.  If you don’t think sleeves are part of a shirt then get a job where your sleeves won’t be noticed – say, in Greggs where the customers are only interested in sausage rolls.

19. Doing your best with no instructions 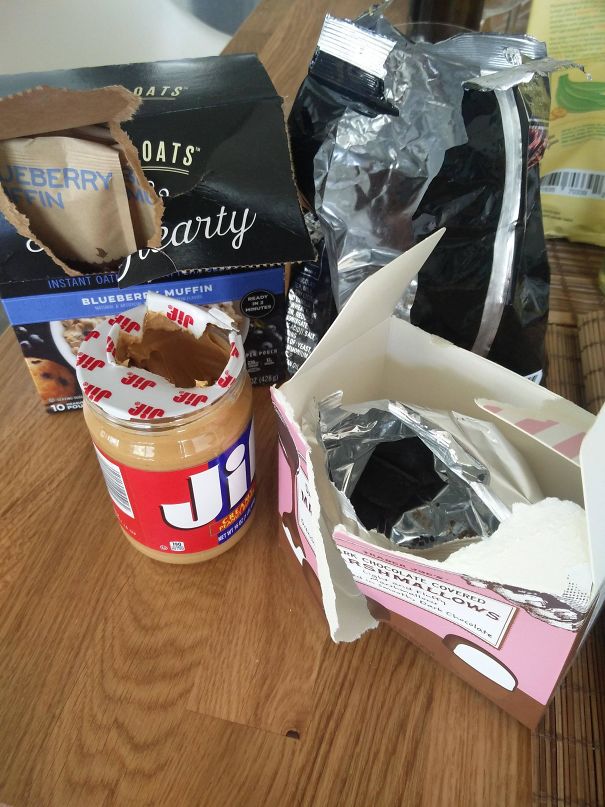 Are you wanting to eat that peanut butter by removing just enough wax paper so you can stick a thin knife into the jar.  It might not be the easiest thing in the world to work out but, if you’re having trouble with that then I suggest you don’t bother solving a Rubik’s cube puzzle.

20. When you want that extra bit without anyone noticing 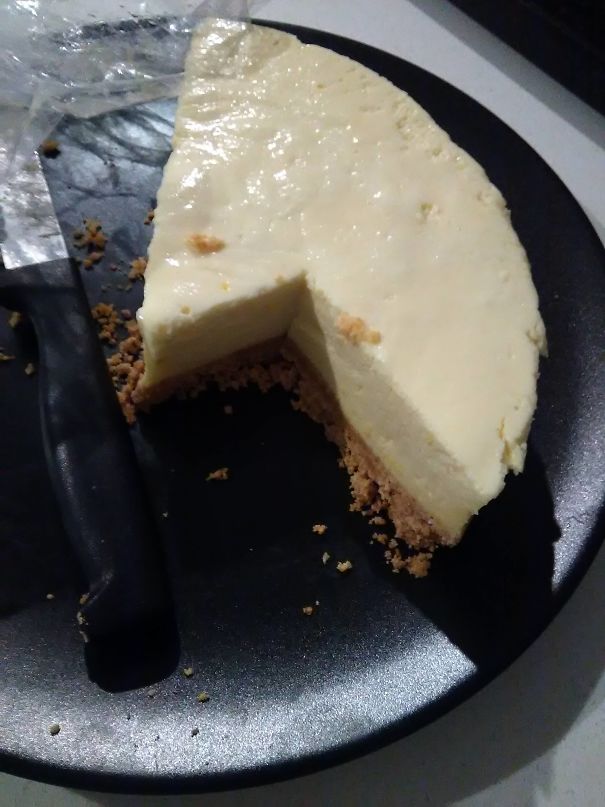 I always think that trying to carve a zig zag out of a cheesecake can make anyone lose their appetite.  If you are struggling to work out how to cut the cake into portions, I suggest you ask a 2 year old who will have more common sense than you will ever have.

21. Cut for people of different heights 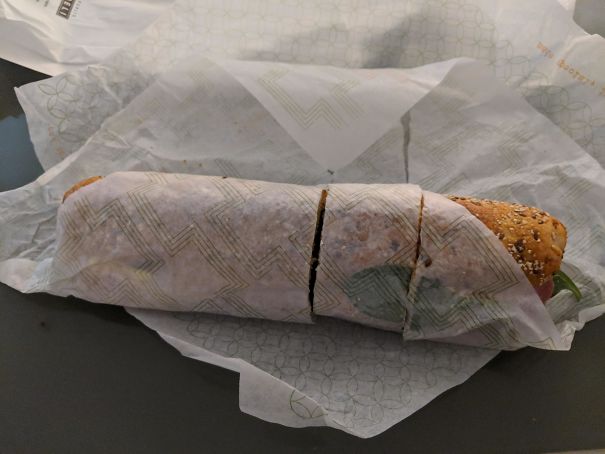 How difficult would this baguette be to share between 2 people?  I think you would have to apply the mathematical equation, as invented by Mr Warburton and involves working out how many crumbs per square inch are actually edible.  Failing that, throw it out and make yourself a jam butty. 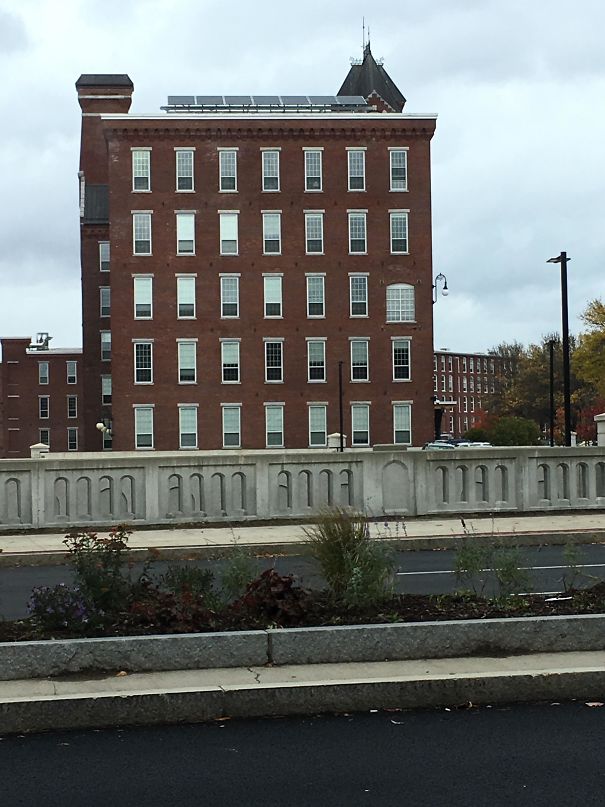 I’m shaking at the sight of this odd window.  I don’t know if you’ve spotted it but it’s the one on the third floor of Downing Street where Boris Johnson was NOT having a ‘bring your own bottle and assorted cheesy snacks’ party.  He was merely re-enacting what it would be like if it really was a secret lockdown gathering. 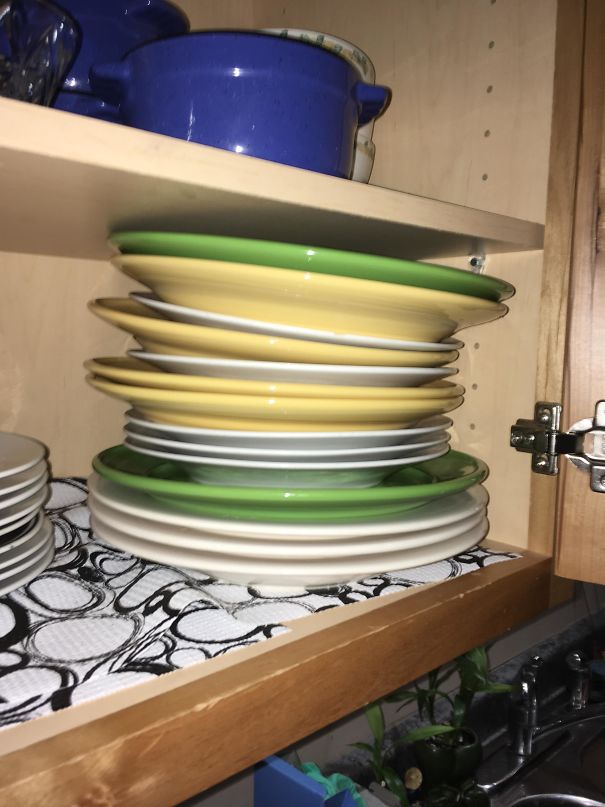 Woh, its only a matter of time before these plates take a tumble and I can’t bear it.  The concept of stacking should only be undertaken by those who are slaves to the kitchen and know their way around crockery like the back of their hand.  If you don’t know such a person then use paper plates. 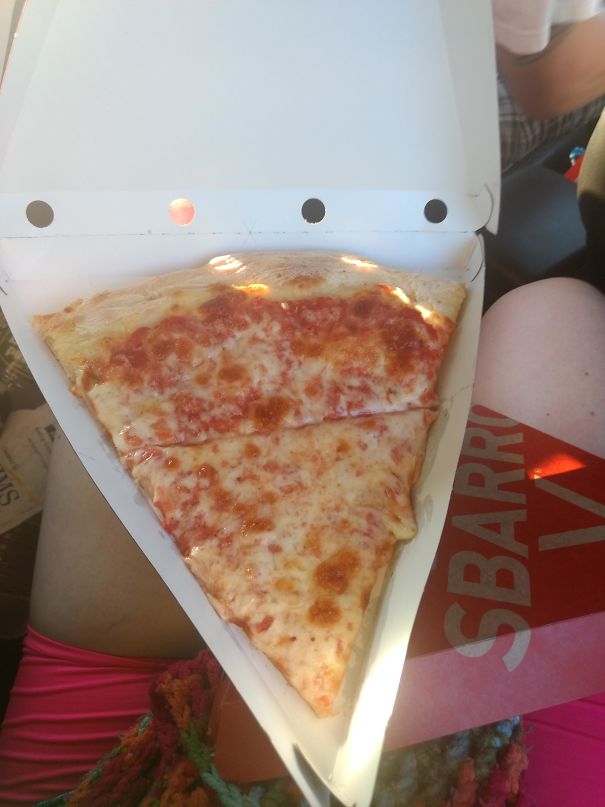 How on earth are we able to eat pizza portions shaped like this?  It’s completely thrown me as I like to fold the segment over in two and stuff the pizza in my mouth.  Do Dominos have a helpline that is answered by a sympathetic bot called Derek? Help me!

25. Would be more confusing if there was an amber button 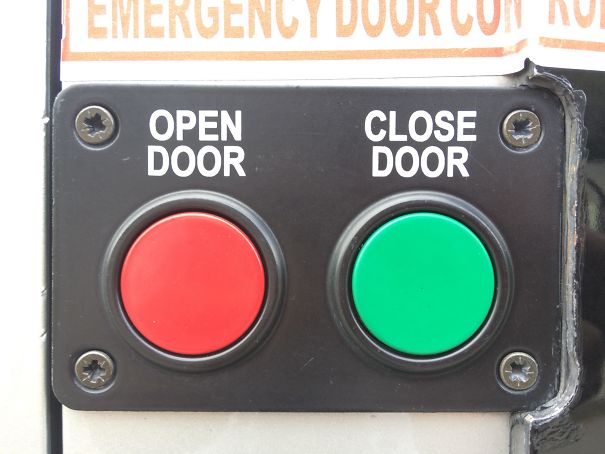 This would drive me absolutely crazy trying to work it out.  It’s no wonder Nat West bank are closing another 36 branches.  Customers can’t get through the damn door and a dozen of them sustained serious injury by trying to get access through the night depository box.

26. The lights have made my eyes wonky 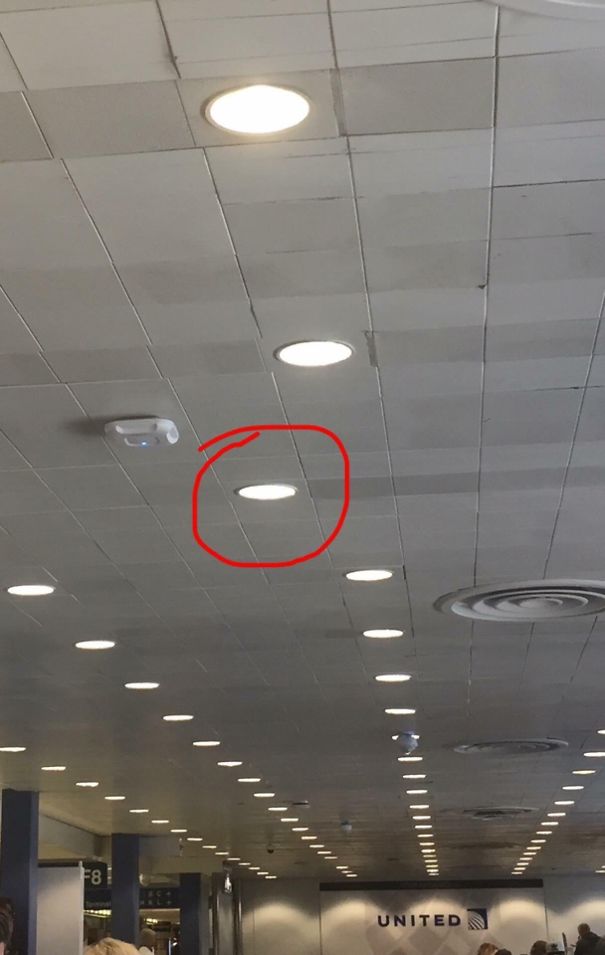 They say it’s good to stand out in a crowd. That would work well if you were a fashion designer or liked wearing fluorescent jackets but, come on, a random spotlight that has no reason to be on its own, is unacceptable.  This is a nightmare for OCD sufferers who will start to question whether it’s all the other lights that are in the wrong place after all. 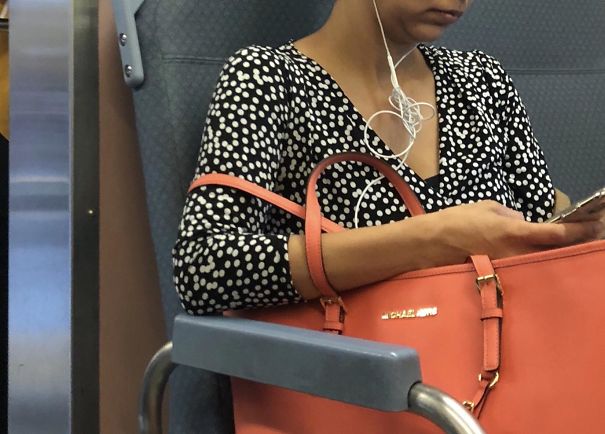 Don’t take it too literally love.  We know it’s a handbag but that doesn’t mean that it has to wrapped around your hand and lower arm.  Also, instead of watching an old episode of ‘Catchphrase’ on your phone, how about googling the correct way to carry ladies holdalls with various sized straps.  You don’t have to thank me. 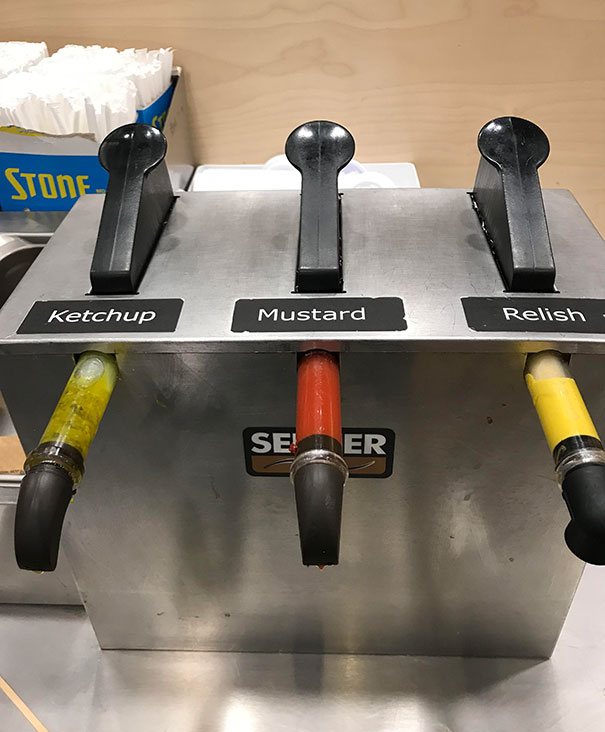 Would you be brave enough to take the risk?  Imagine squeezing a generous amount of ketchup on your hot dog and taking a huge bite out of it.  You are starving because you’ve been calorie counting for half a day and have only consumed a cereal bar and 25 grammes of fresh air.  Once the ketchup, which turns out to be mustard, hits the taste buds, the agony begins.  My eyes are watering at the thought! 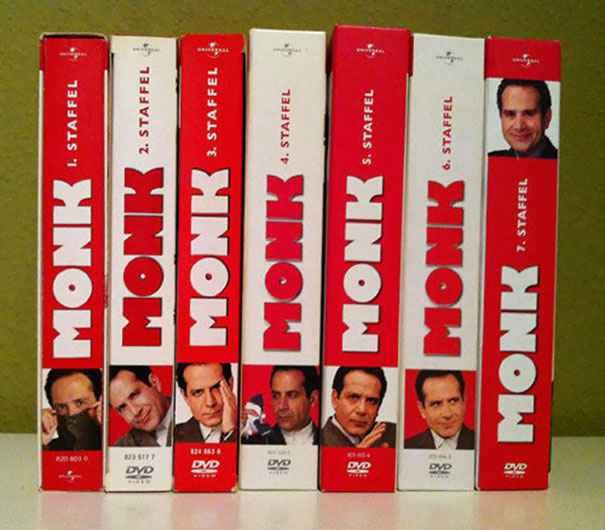 I wish I’d never wasted 12 hours watching this DVD set.  Maybe I can cover each box with wallpaper, like we did with our school exercise books.  Alternatively, I could contact, or stalk, Andy Breckman, the creator of Monk and ask if he will make 5 more series’ of ‘Monk’ and make sure the DVD cover is illustrated the same as series 7. 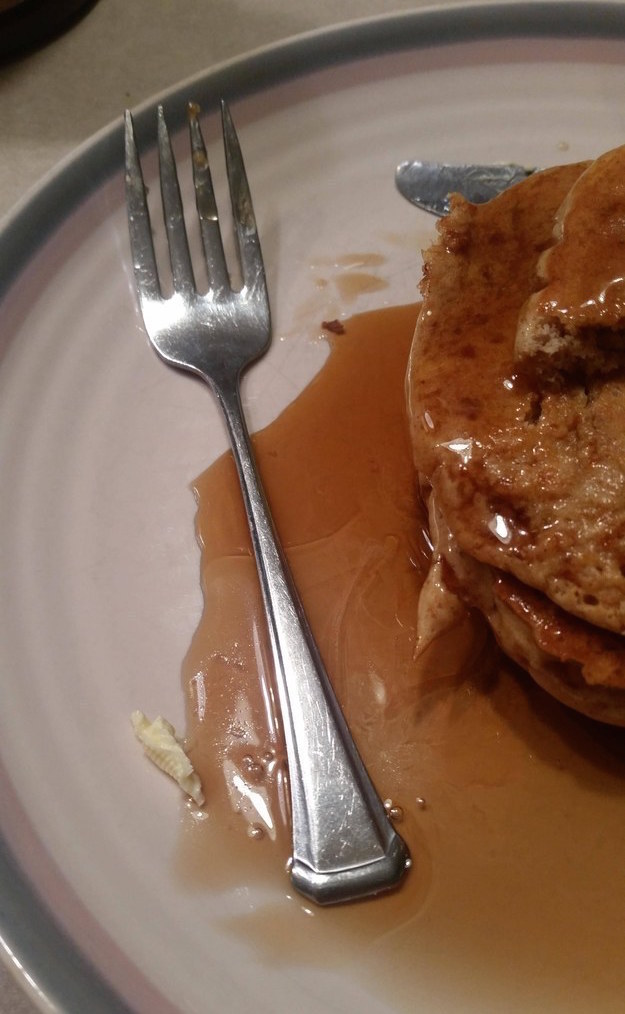 It doesn’t get much worse than this.  A gravy fork should never be witnessed.  The big question is whether you abandon the meal or pretend there’s nothing wrong and carry on eating with a palm full of Bisto, wiping your hand on the tablecloth afterwards – you decide!