1. David Letterman announcing his own affair 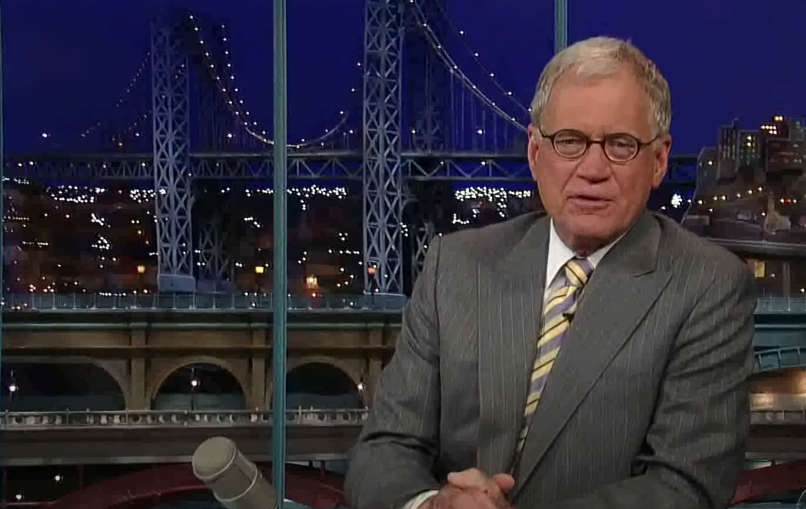 Now, this has to be one of the most iconic moments in the entirety of the show’s history. David Letterman was having an affair at the time with somebody at his workplace. His wife did not yet know. He was being blackmailed for it, so he comes onto the show and reads a monologue littered with humour that revealed the whole thing… 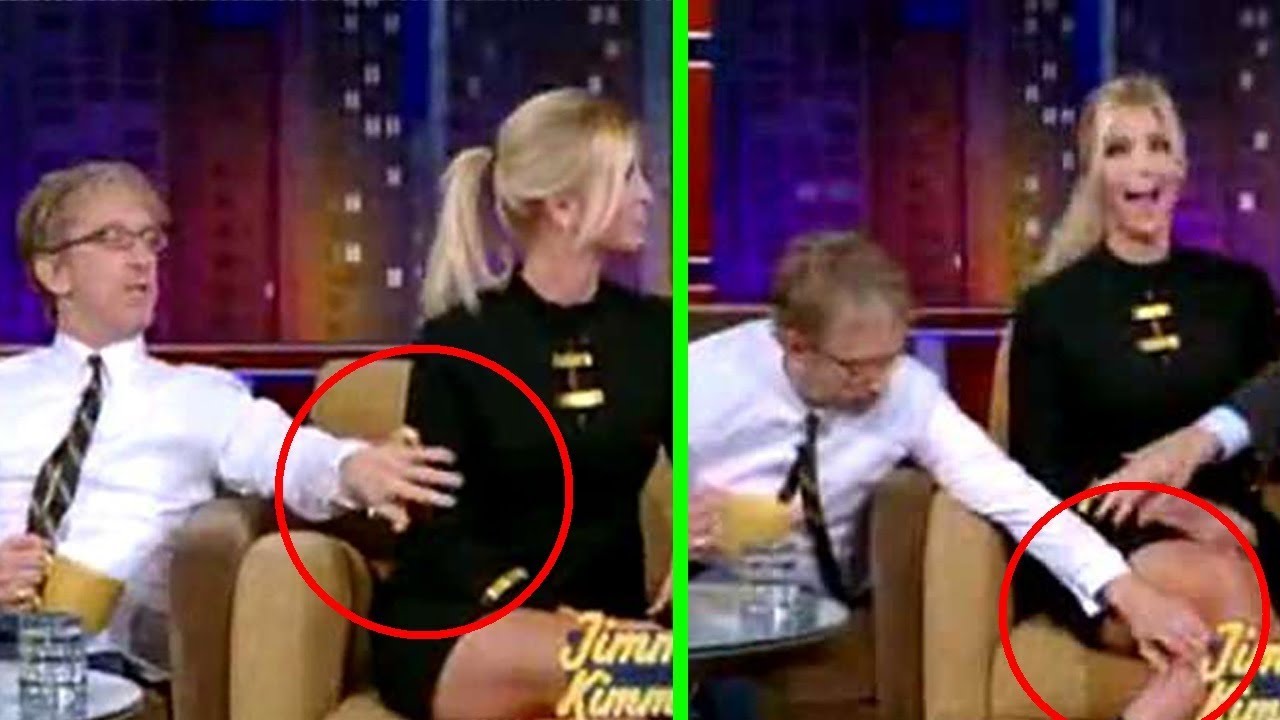 Remember this chilling moment? Andy Dick began touching Ivanka Trump as a part of his joke on the Late-Night Show as well as saying things like…I’d like a sugar mamma. So, they warned him to stop, he then did it one last time, and security and Jimmy carried him off if a humorous way. Pretty inappropriate when you reflect, however… Kimmel as the host of the show would often sign out of hi show by saying – sorry to Matt Damon, we ran out of time for you again. This was a continuous joke on his show. But that’s not the half of it, their drama has been reoccurring for many years between them. 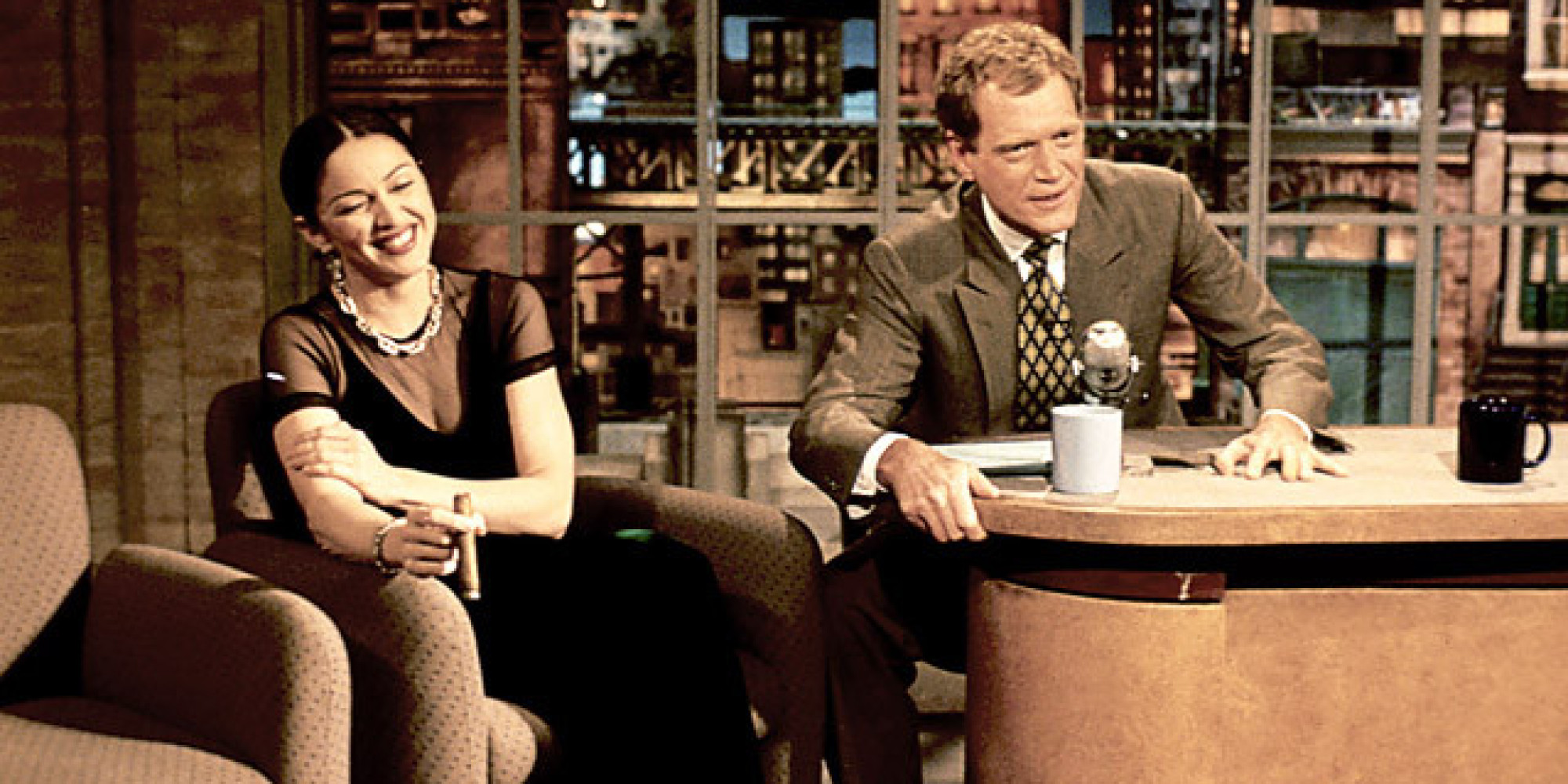 Madonna was a tough act to follow back in 1993 when she appeared on the show. Letterman’s jokes and probes were completely rebuffed and turned right back on him. He asked her to kiss one of the audiences to which she used an expletive and gave him answers that made the audience love her and Letterman squirm. 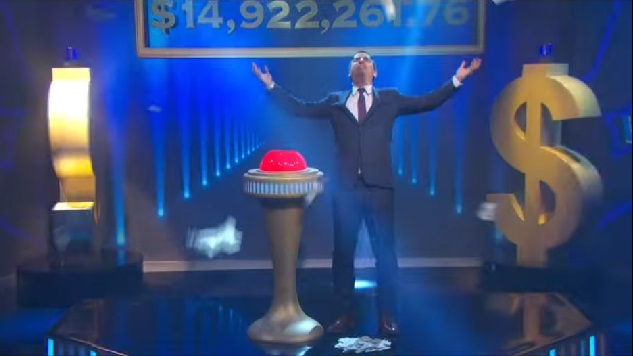 It is a very controversial topic in America – healthcare, and the huge dets people rack up in order to be able to have healthcare. Johnny Oliver on his show decided to talk about this very topic – then he purchased 15 million debts with just cents, and then forgave the whole thing all on live broadcast. 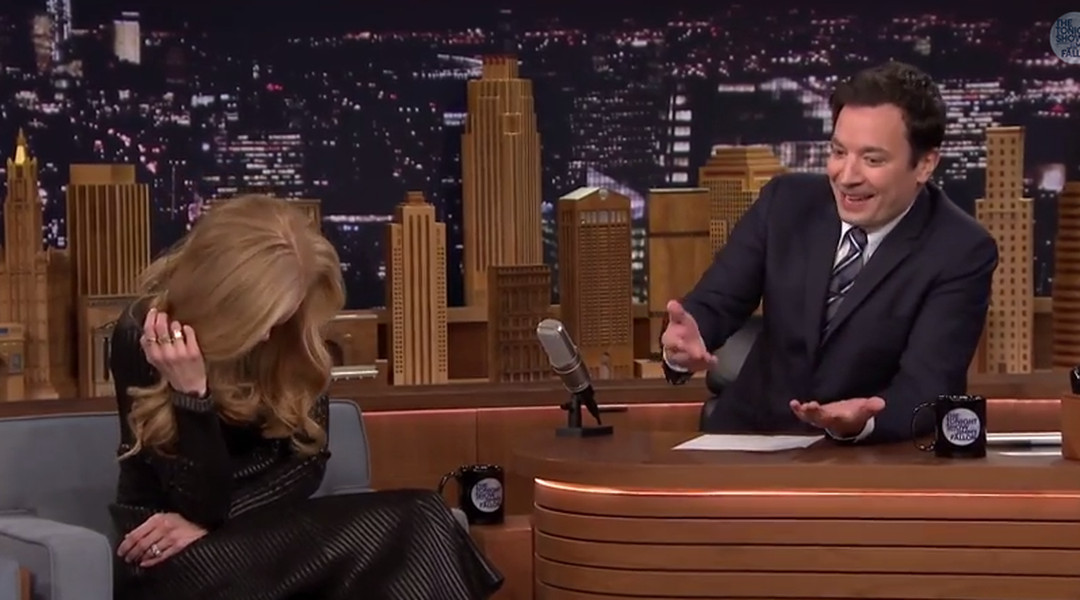 Nicole Kidman revealed, live on the show that she in the past had liked Jimmy Fallon and had wanted a date. She spoke to a close friend to set the meeting up. However, when it came to the time of them being together in an apartment Fallon was preoccupied with video games. Finding out Kidman was truly into him, and he had scuppered his chanced led to the host taking a lie down on air.

7. One of Janis Joplin’s last public appearance before she died 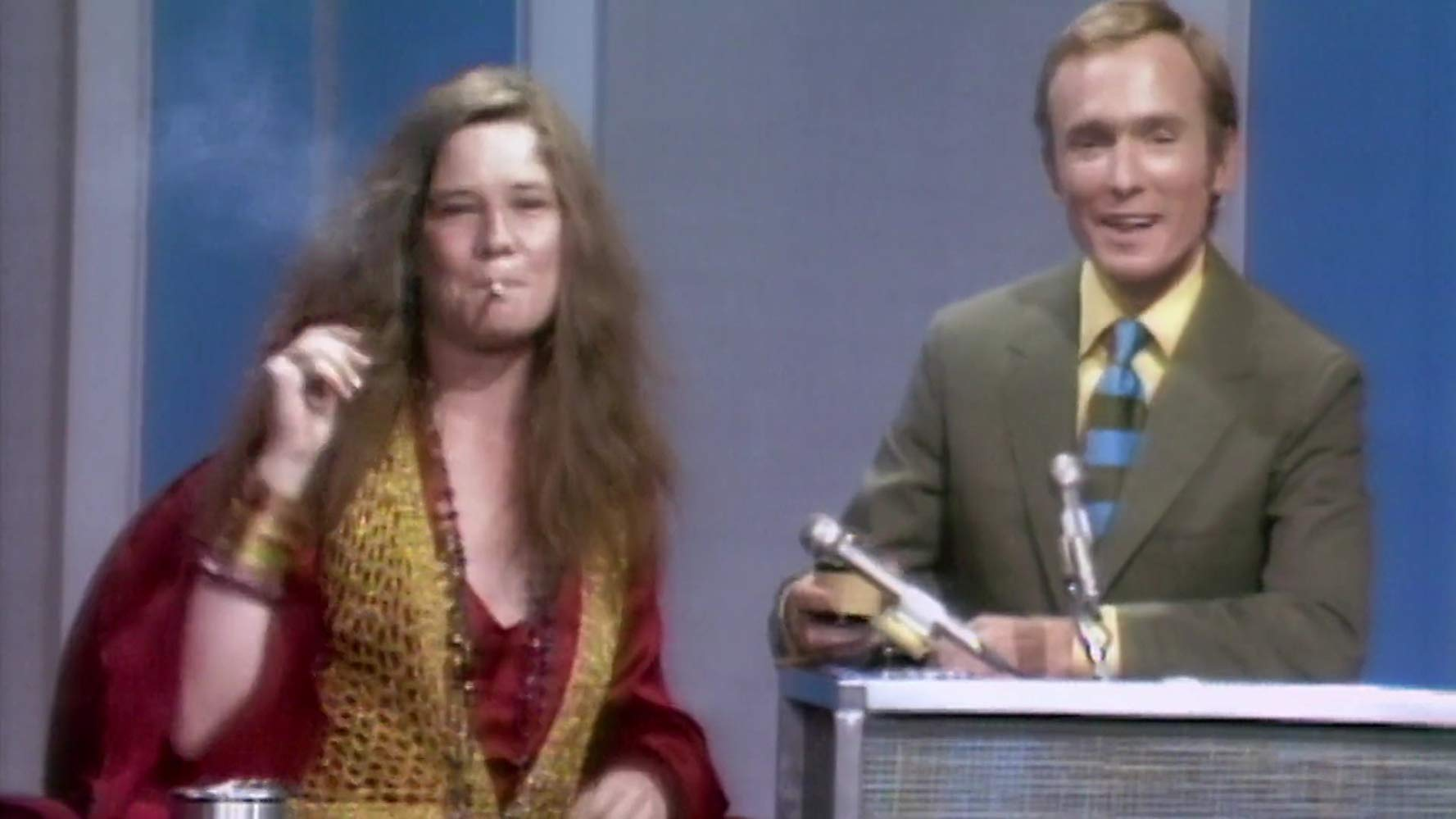 Janis Joplin was a rock and roll, alternative girl who also was involved with drug use. But her appearance on The Cavett Show led to the two of them striking up a friendship that nobody expected, and she became a regular on the show. In fact, she appeared in her last show just a couple of months before she died of a drug overdose. 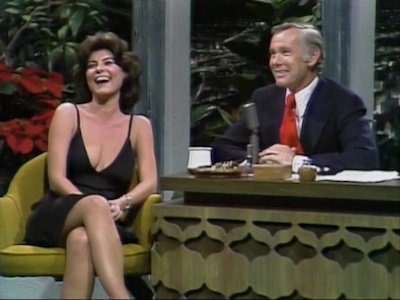 Adrienne Barbeau made a shock statement to Johnny Carson when she discussed her ‘multiple lovers’, which made the host probe for more. However, the only information she went on to reveal is the odd presents they had given her such as an encyclopaedia and a fire extinguisher. 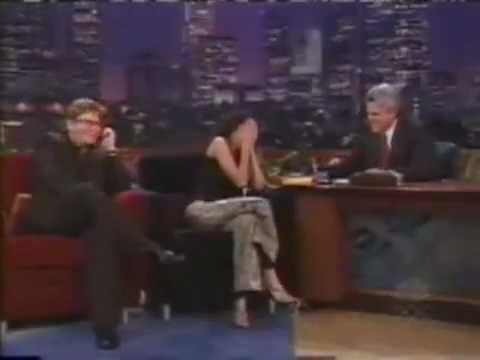 Angie Harmon was on The Lat Night show speaking with Jay Leno and her father was in the audience at the time. Leno then questions her about her dating life, and then asks Jason Seahorn to join them on stage. Seahorn gets down on one knee and proposes to which she gave a huge yes and the two of them were married for 15 years. 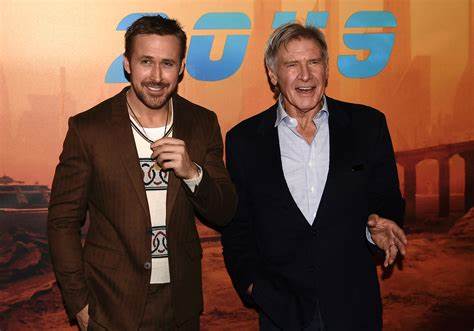 Ryan Gosling and Harrison Ford are being interviewed for Blade Runner 2049; however, the whole interview is just full of moments of the two joking around or leaving the set – they even help themselves to whisky. This interview – more like a comedy sketch – was enjoyed by everyone who watched. 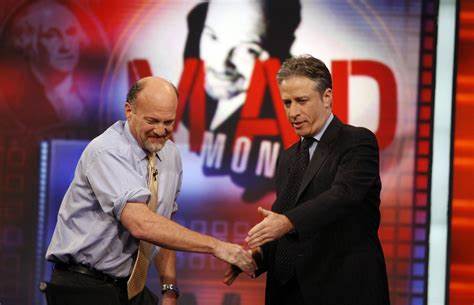 Back in 2009 there was a huge ordeal where Redditors were acting as hedge funds and basically artificially boosting stocks to turn a profit in a kind of game format. So, then Jon Stewart called out Jim Cramer for doing strategy this during their interview on his show.

12. Conan O’Brien spent a huge amount of money to get back at CBC 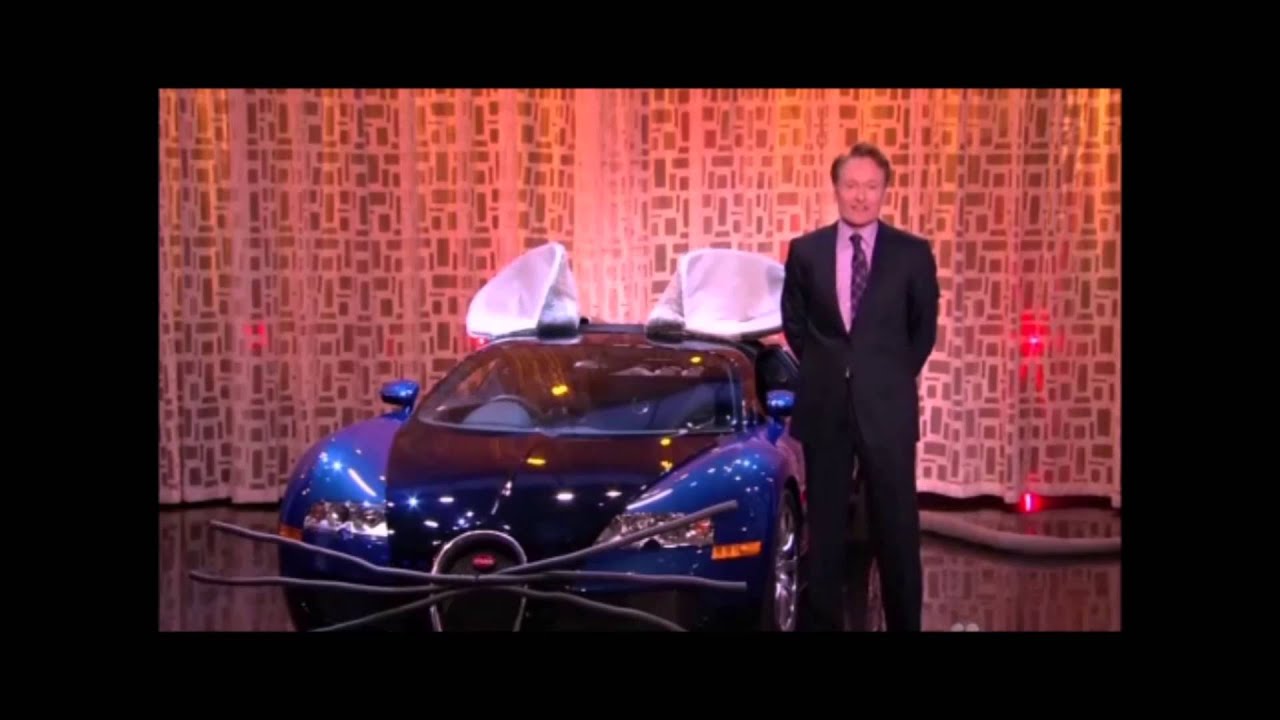 CBC hired Conan O’Brien when Jay Leno returned. However, Leno then decided he wanted to return, and CBC wanted him back so replaced Conan O’Brien. O’Brien certainly did not take this lying down and he pulled off a stunt bringing a Bugatti on air which cost the show 1.5 million. 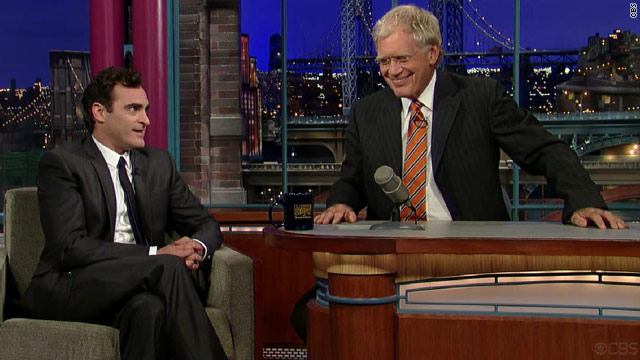 Joaquin Phoenix was filming I’m Still Here, which is a movie where he is playing himself. The plot followed his mental breakdown after he unsuccessfully tried to start a rap career. During the interview he was so devoted to his character in this time that he stayed quiet for the majority or gave mumbled, non-sensical answers. 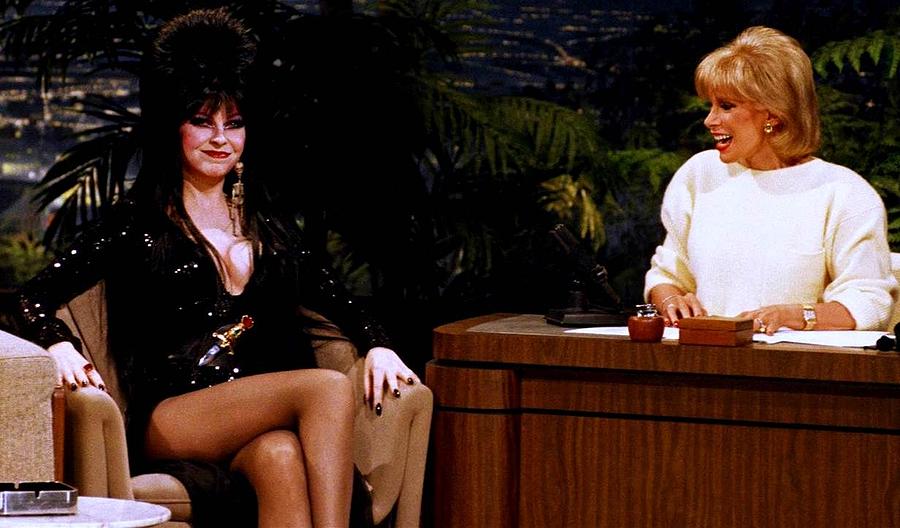 Joan Rivers took over the role as host from Johnny Carson. She was interviewing Elvira known as the Mistress of the Dark – the sexy vampire, when she abruptly told her she was admiring her cleavage. The two of them then continued to spend a few minutes talking about her breasts. 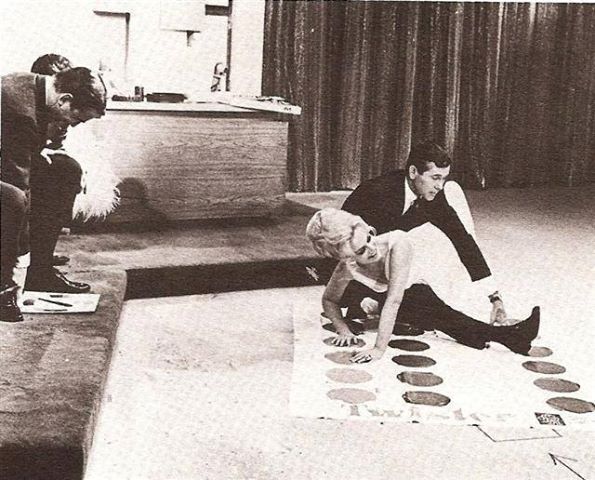 Twister is renowned for being an innocuously intimate game. Zsa Zsa Gabor and Johnny Carson spent an entire section of the show playing the game, both twisting into different positions. Another result of the show apart from amusing TV was that the then failing Twister game saw its sales skyrocket after the show. 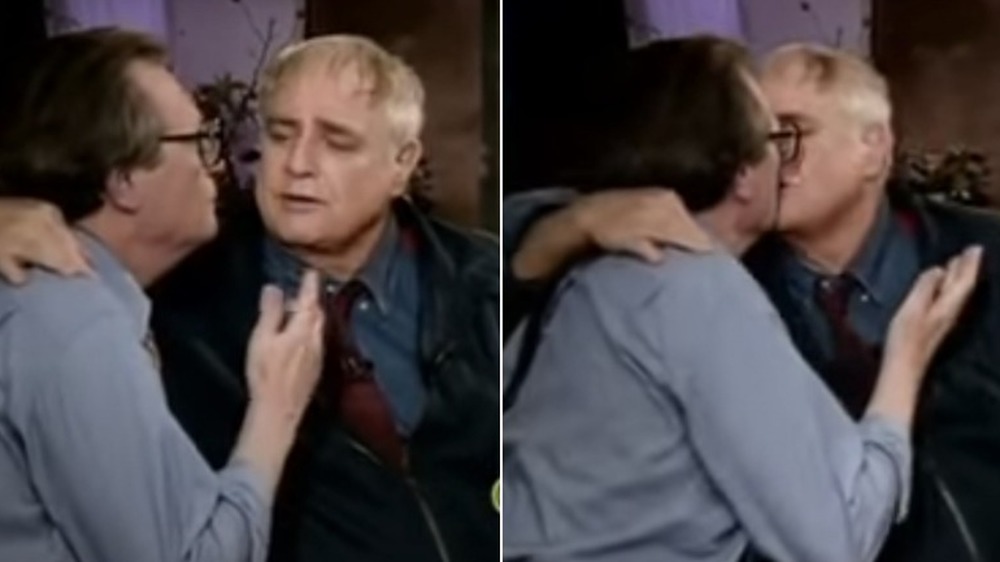 Marlo Brando was a huge deal some years ago and he was one of the most influential guys in evolving cinema. However, his career dipped off in later years. Larry King was conducting an interview in Brando’s home and the two were singing and then Brando went in for the kiss at the end in an unforgettable TV moment. Michael Richards, Seinfeld star, had been at a comedy club where he had made some racist remarks. A day later he goes on The Late Show with David Letterman to apologise publicly. However, he made some very odd remarks, and the apology was a strange one to witness… 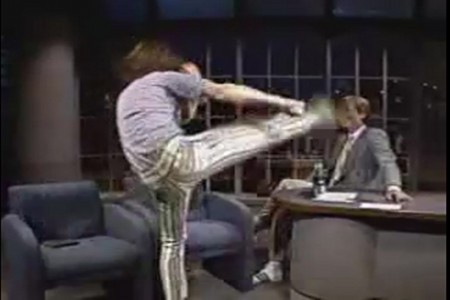 Crispin Glover was on The Late Show being interviewed by David Letterman. But the whole interview was extremely eccentric with Glover performing kick moves and saying very odd comments which led a lot of fans to speculate that he had used recreational drugs prior to going on the show. It came out years later he had been in character for a future movie. 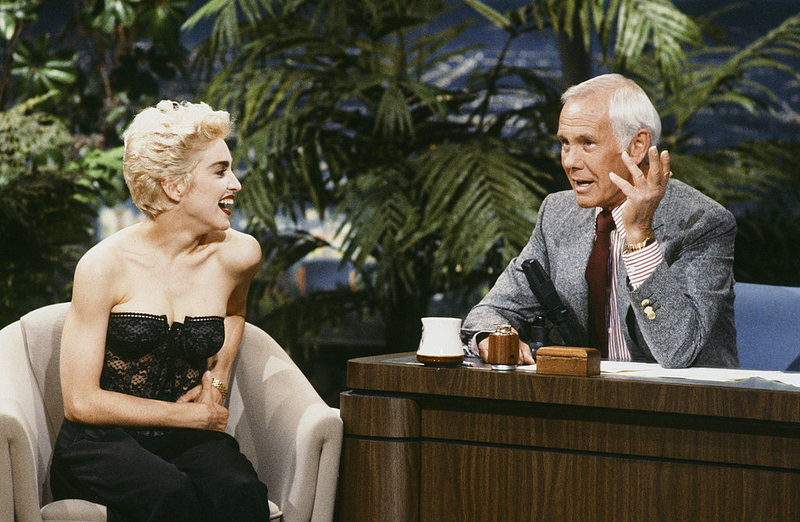 Madonna was hosted by Johnny Carson on The Tonight Show, where she flirted pretty wildly and very openly. It was clear to viewers that Madonna had a keen interest for the host. Later that year her marriage with Sean Penn was annulled due to irreconcilable differences. 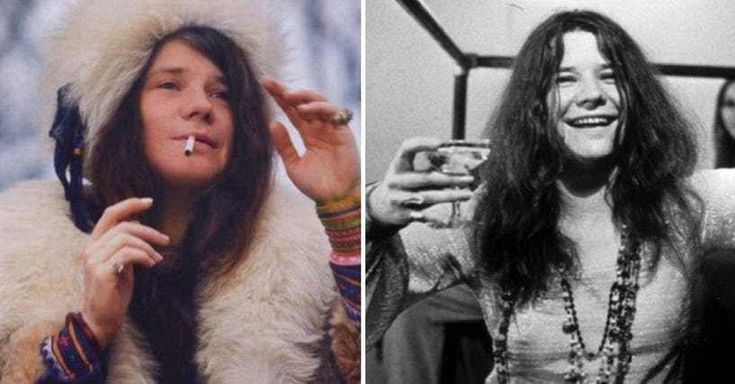 Janis Joplin appeared a few times on Mr. Cavett’s late night TV show. Her nickname ‘Pearl’ referred to her rocker identity, and she appeared in full spirits on the show. She became known for mixing rock with rhythm and blues and also soul in a unique blend.

Some may remember, the iconic interview in 1979 of Singer Donna Summer when she was being interviewed by Johnny Carson. Carson had made sexist comments about Summers being good at mechanics, and how this was unusual for a woman. To which Summer responded by supporting all females pursuing mechanics and other unconventional avenues. 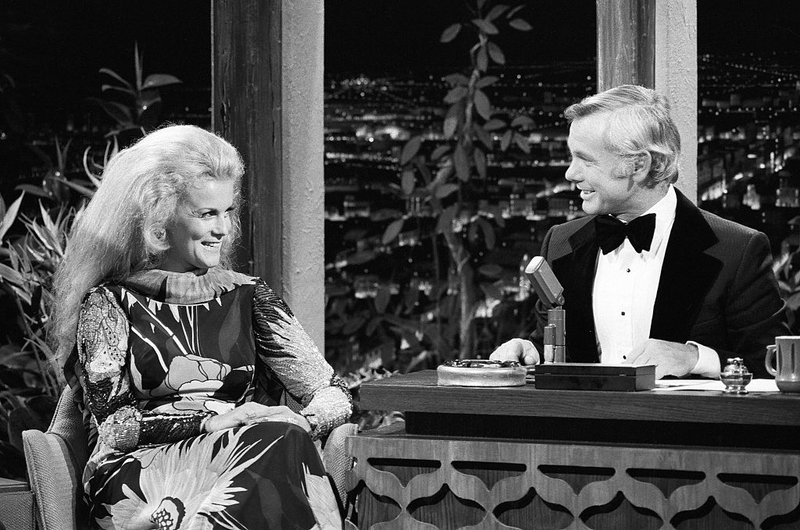 Ann Margaret openly discussed how she was continuously cast as a sex kitten in all of her roles and that people saw her as a sex symbol rather than a real actress to which she aspired. She then discussed how her role in Carnal Knowledge allowed her to leave the sex kitten role behind.

23. Susan Anton revealed how she got her big break

Susan Anton revealed to Johnny Carson what it was that made her finally get her big break and take off in the singing world. It was all down to a commercial featuring cigars. From here, her voice was heard, and she then set out on a more serious singing route to establish a career. 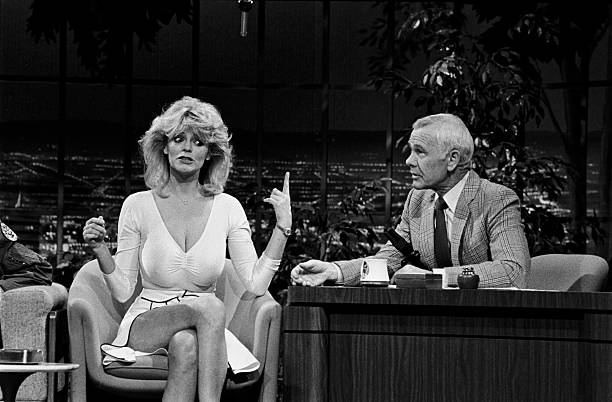 Carol Wayne had a regular feature on The Tonight Show with Johnny Carson. He would talk to her, making his infamous sexual innuendos and it was a staple part of the show. But the episodes were cut from 90 minutes to 60 and her feature was also scrapped. She turned to drugs, and experienced dire financial struggles which led to her becoming an escort. 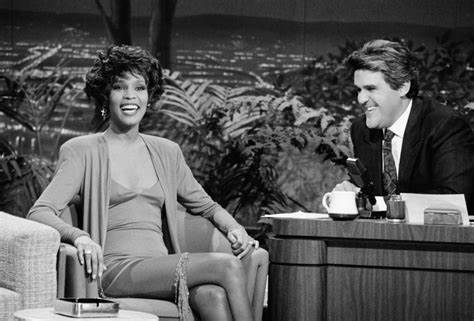 The iconic Whitney Houston appeared on the show, interviewed by Jay Leno. At the time of her appearance, she had just accomplished the record for the most number one hits ever. And so, the two of them looked back at her successful career so far. Now it is a chilling piece of TV history to remember. 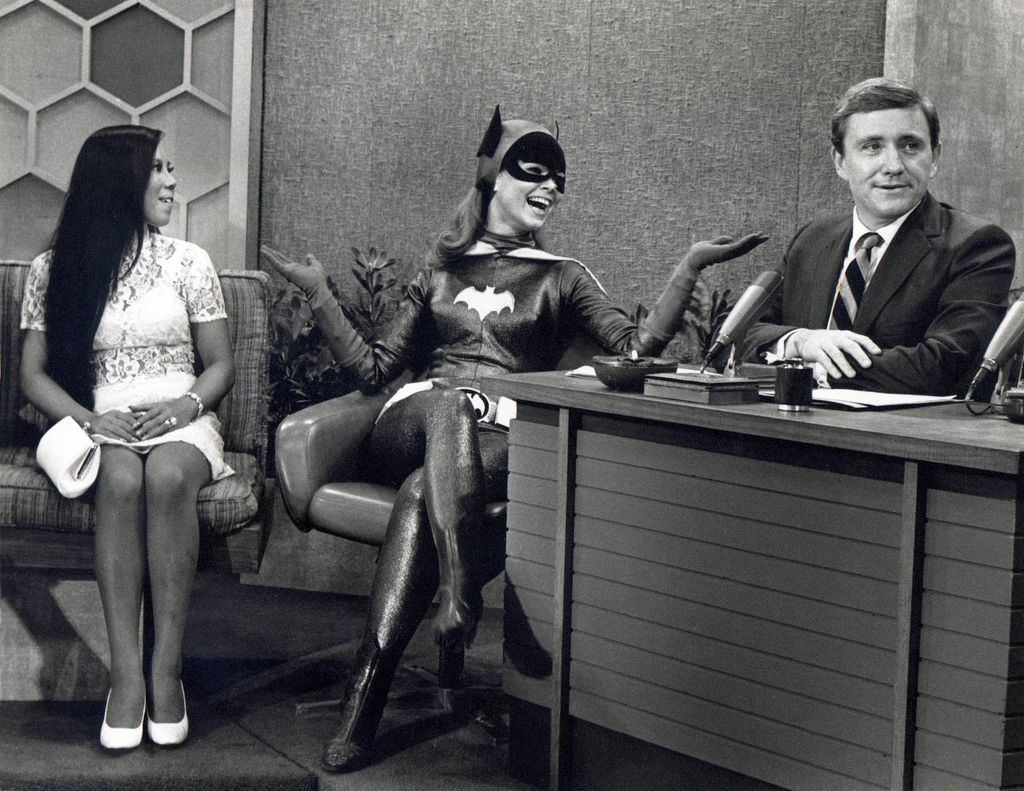 Yvonne Craig was known for playing Batgirl on TV. She appeared on the show in full costume and took her particular to advocate for women’s rights and in particular equal pay which was a topic she was very passionate about. At this time, it was an iconic TV moment. 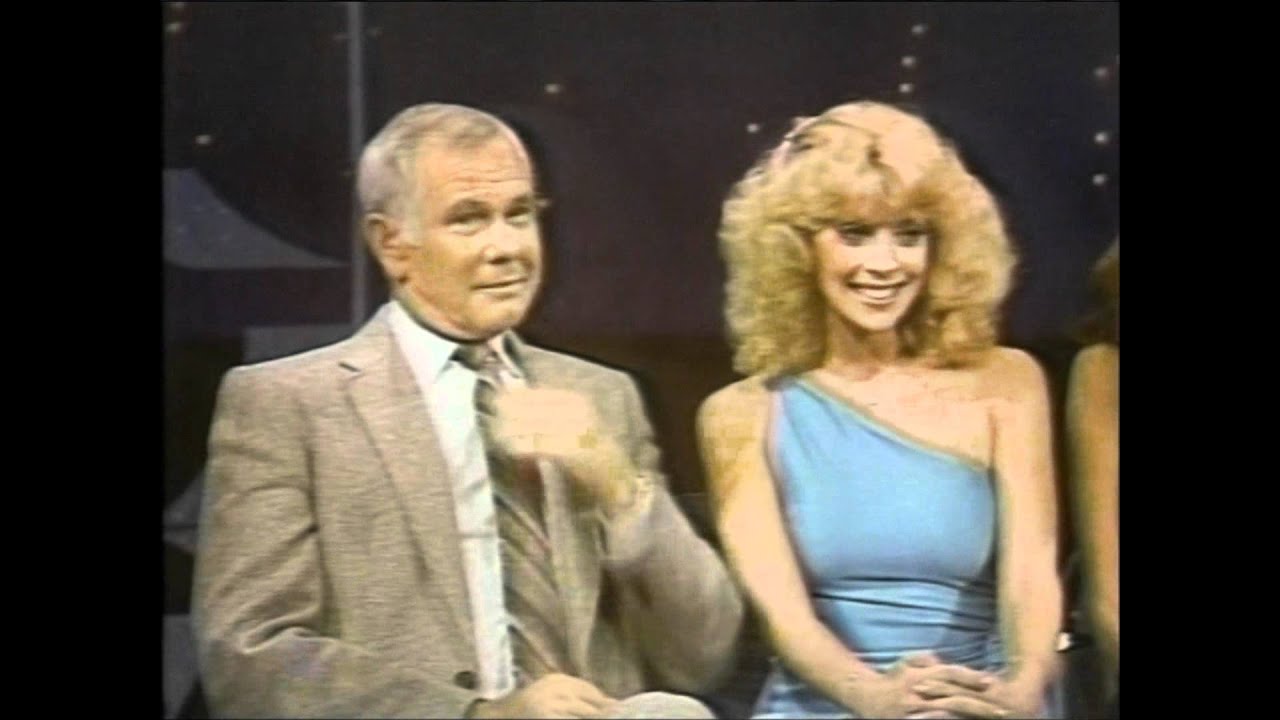 Judy Landers went on The Tonight show and confessed to Johnny Carson that it had been a dream come true as she once had a huge crush on the TV host. Carson of course went on to question her about her crush and when she found that her crush no longer existed. 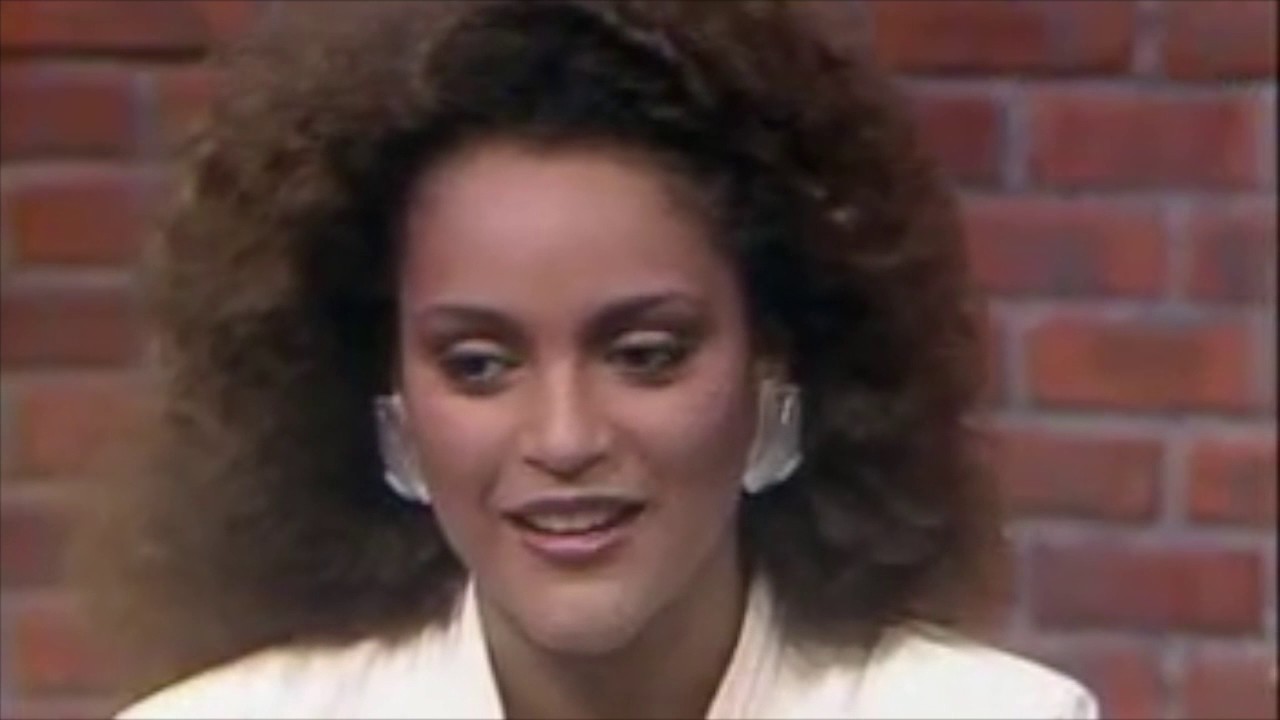 In the 19701 racial and gender barriers were extremely hard to break – and Jayne Kennedy did it all. She featured on the show and discussed how she was the first African American woman to win Miss Ohio. She also became the first woman to be an NFL announcer.

29. Phil Donahue found the love of his life on his show 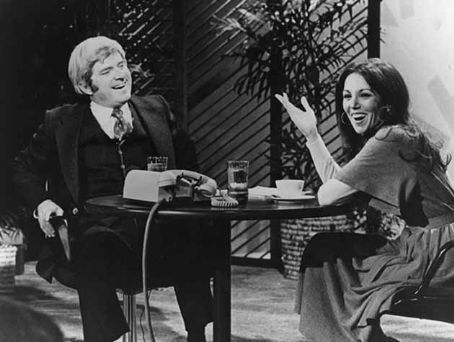 Phil Donahue and Marlo Thomas had a segment together on Phil Donahue’s long-standing show. The two visibly got on as well as there being a huge attraction. The two didn’t hide their feelings. And in 1980 the two of them married and they have been together ever since that day. 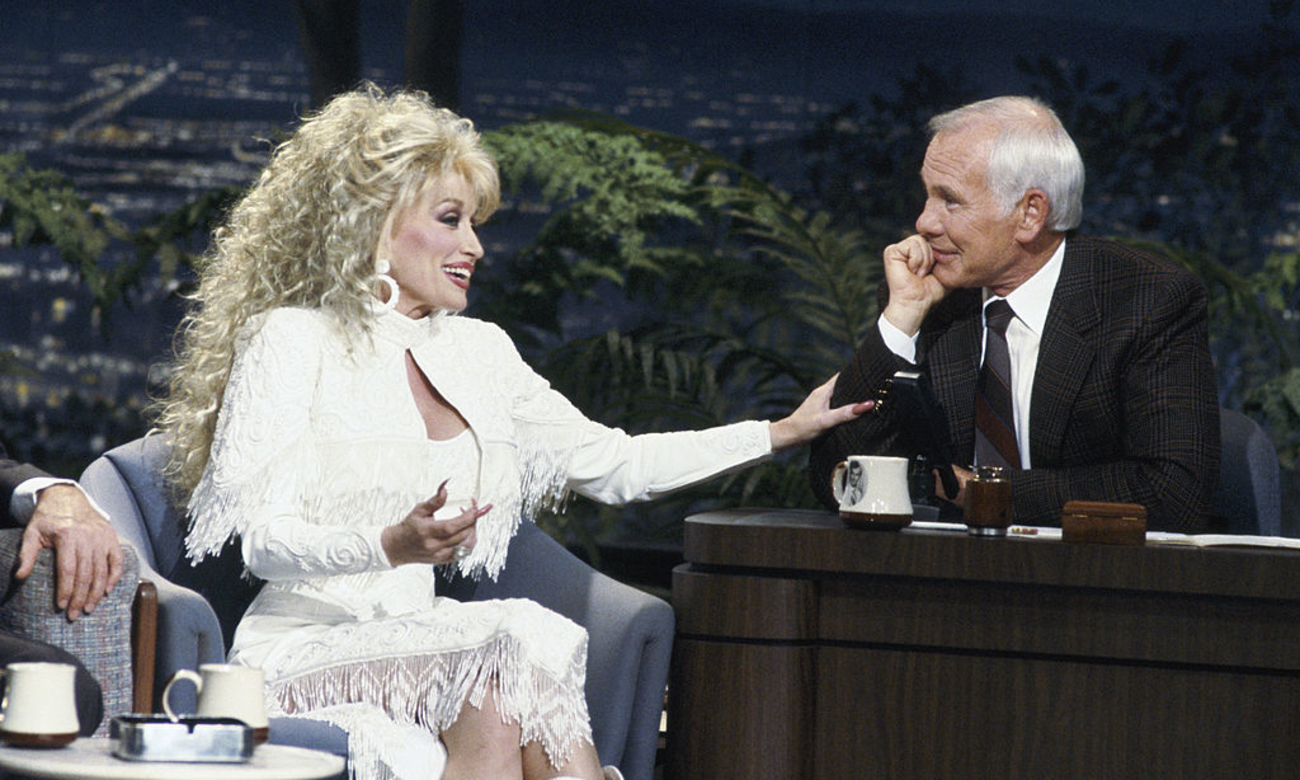 Dolly Parton has always been seen as a fanciable figure. And Johnny Carson was no exception when it came to having Dolly on his show. His sexual innuendos and humour multiplied in her presence, and he spent the majority of the time refencing her looks rather than her successful career.