1. Life would never be the same again 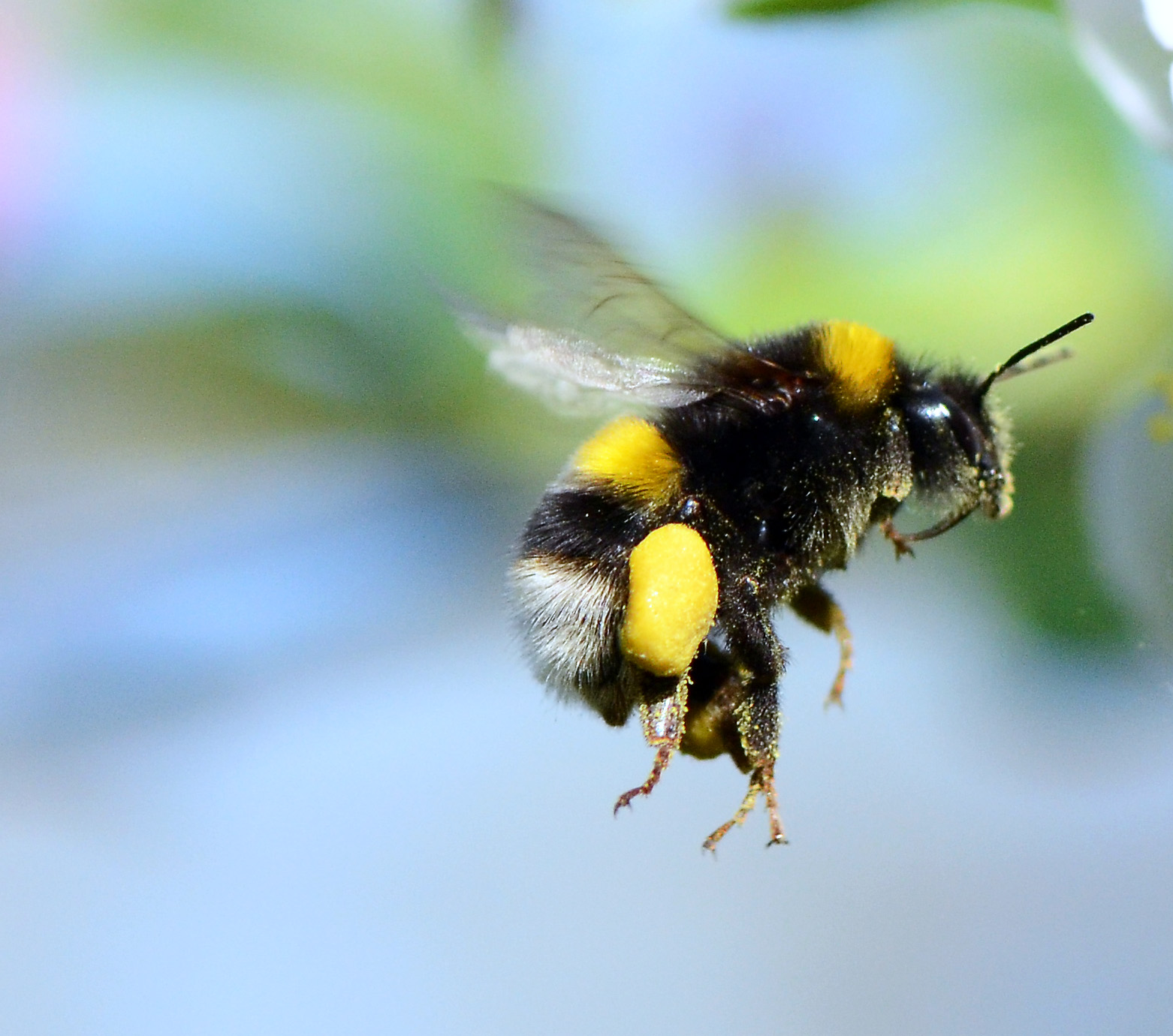 It may sound drastic and hyperbolic. But it is certainly true that our lives would never be the same again if we lost bees. Bees are one of the most important creatures on earth, their uses are infinite and most of us aren’t aware of just how much we really rely on their pollination.

2. We would experience huge shortages 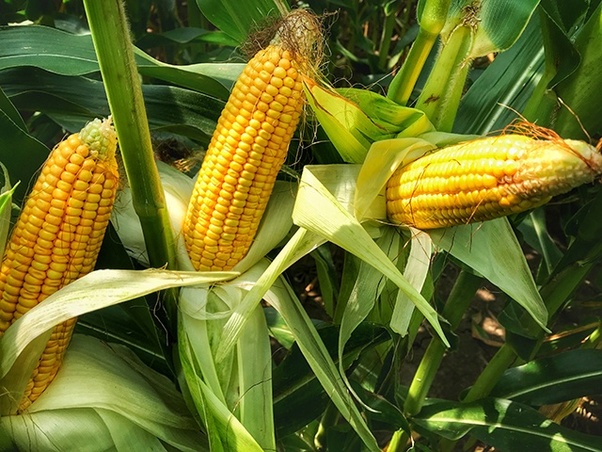 It’s safe to say that we would experience shortages of pretty much everything. Now, we go to the shops, and we completely take for granted that the stock will be refilled for us every day. Many of us are in an extremely fortunate position to know that when you need something, you can go to the shop. But this would no longer be the case.

3. The destruction of our eco system 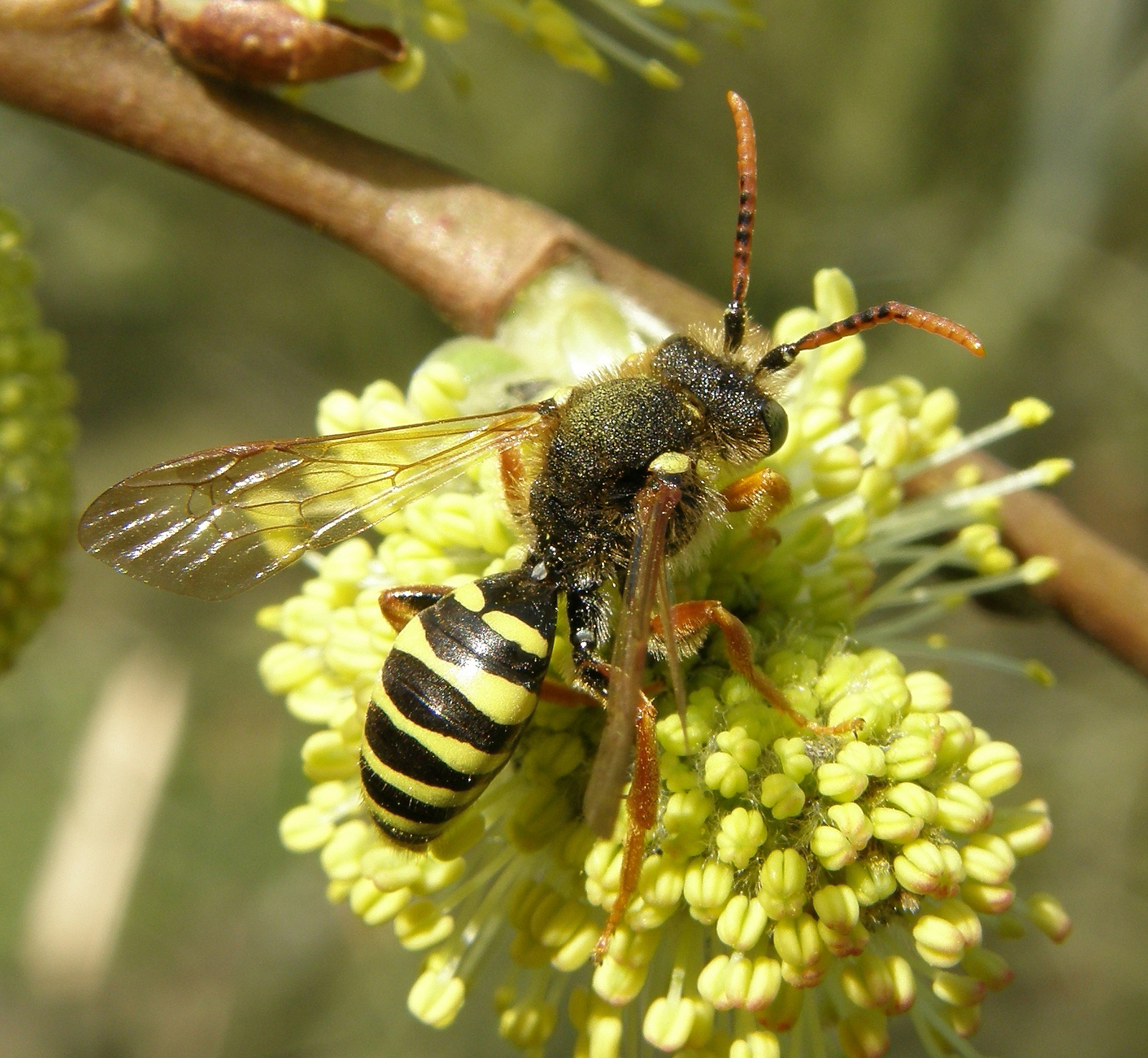 4. Plants would not be able to repopulate 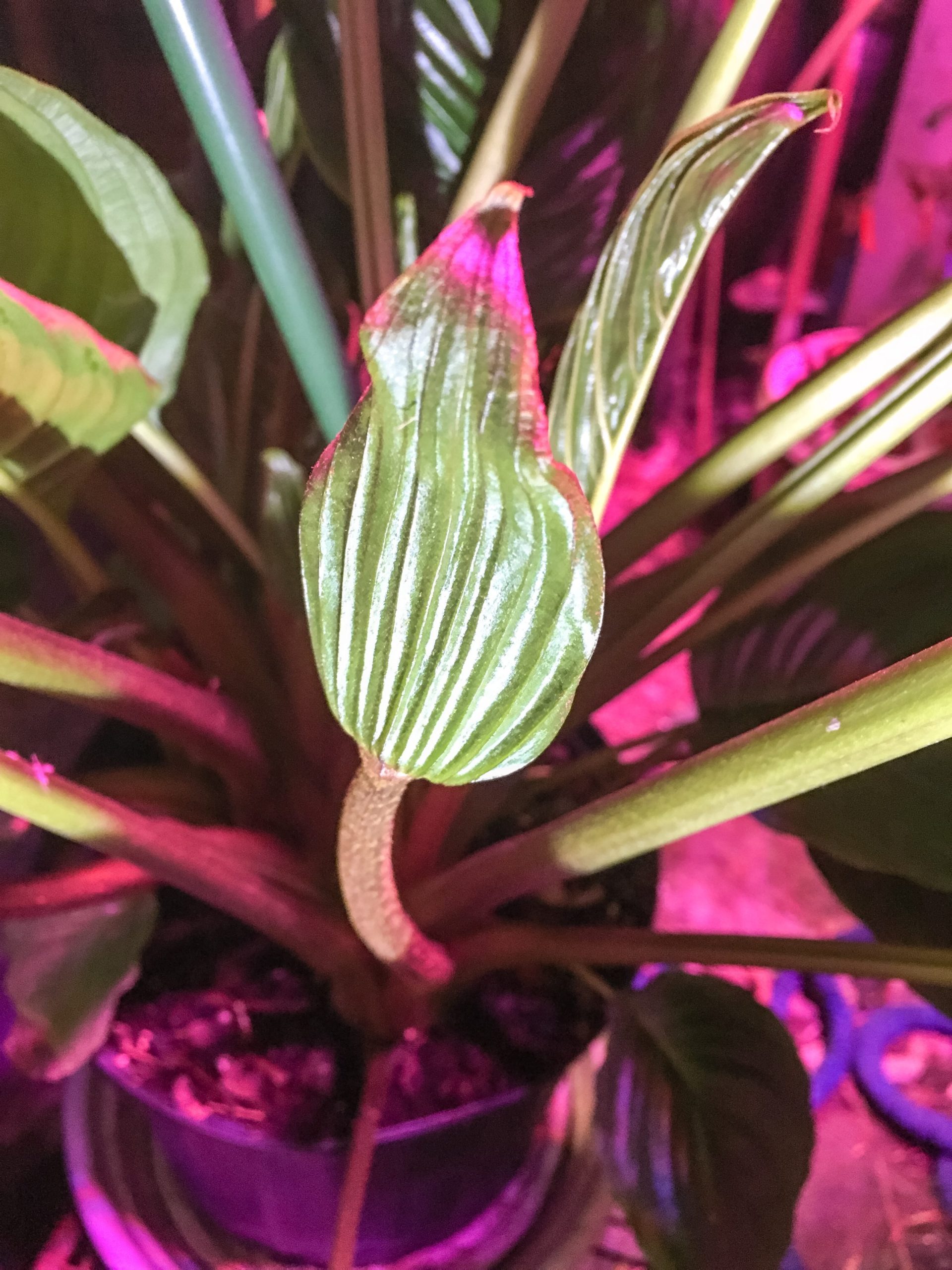 Bees are responsible for populating 75% of the earth’s plants. Of course, without bees these plants would no longer be able to populate. Meaning that once they had died out, they would not grow again. Unless we populated plants by human hand – which of course would not be an efficient way as it would take so many resources.

5. Then the animals who eat those plants would die Without plants, how can animals survive? Once the plants had eventually all gone it would mean that the animals who lived solely off plants would also die out. There would be no other way to feed these animals who rely on the stability of the eco system.

6. The predators would then starve to death too 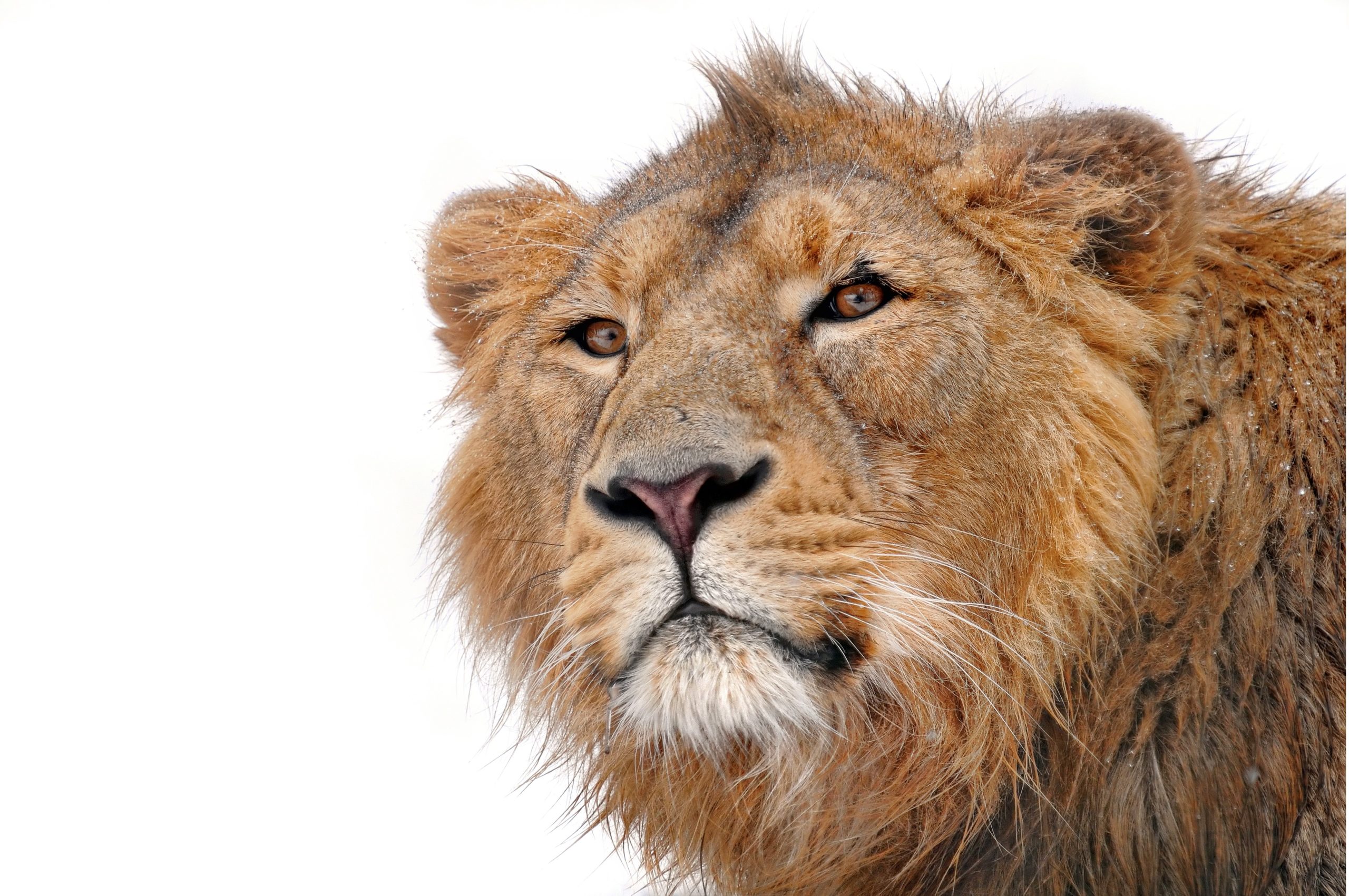 And, for those animals who do not rely on plants, they would continue to eat the other animals as the natural predators they are. However, there’s a problem. Because the plants have died out meaning the animal eating animals have died out – so the predators also now have nothing to eat.

7. Humans would then have less meat to eat Of course, knowing now what we know, we would have to drastically reduce our meat intake. In fact, meat would become a luxury that was had every once in a while. Because there just would not be the animals available which could then be turned into meat anymore.

8. Our diets would become limited 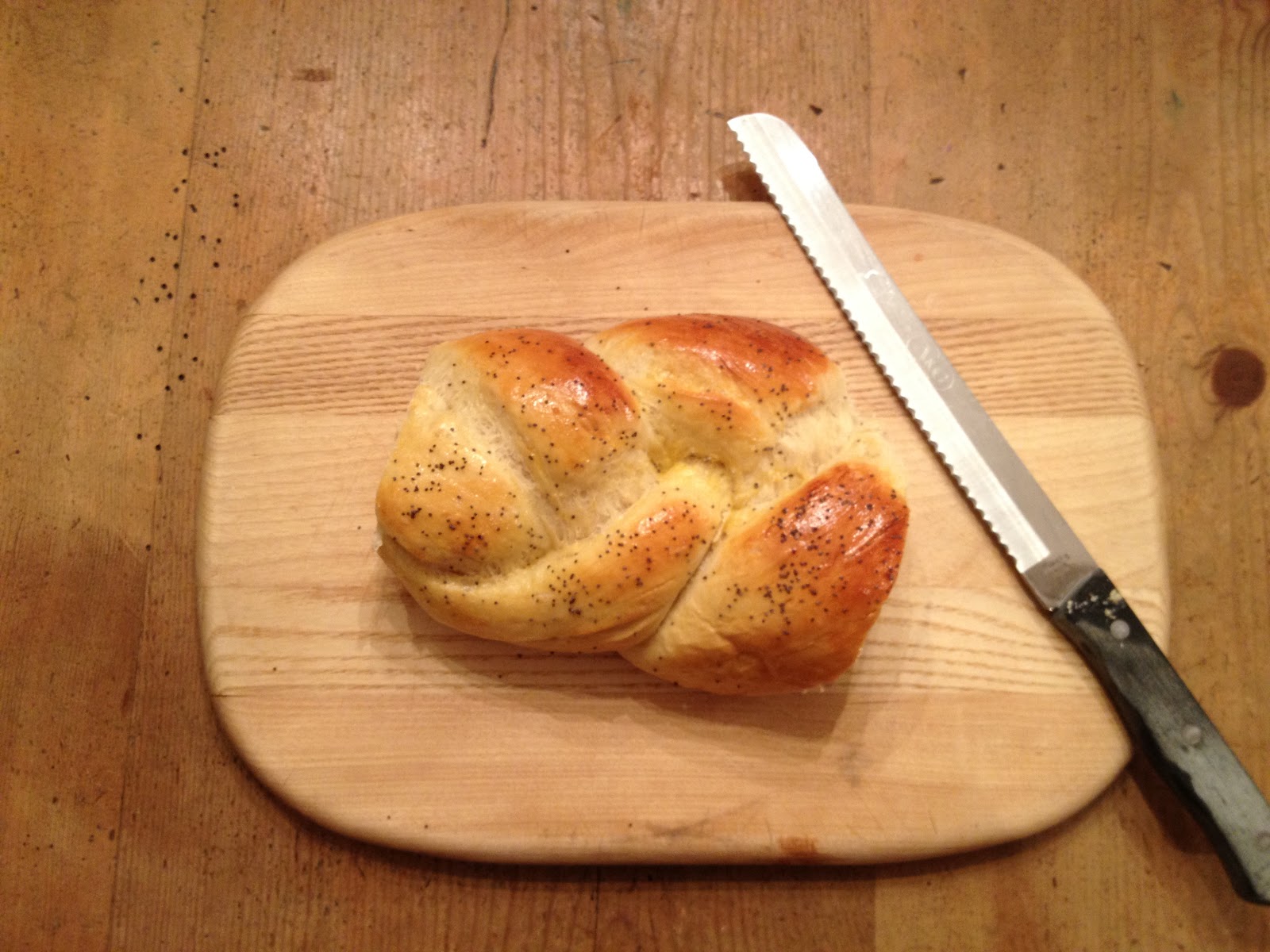 So, we know there would be hardly any meat available. Then, 2/3 of crops are reliant upon bee pollination. Meaning, we’d then have around one third of our fruit and vegetables available to us. We would have to have a very limited diet, relying on the only things left available to us. 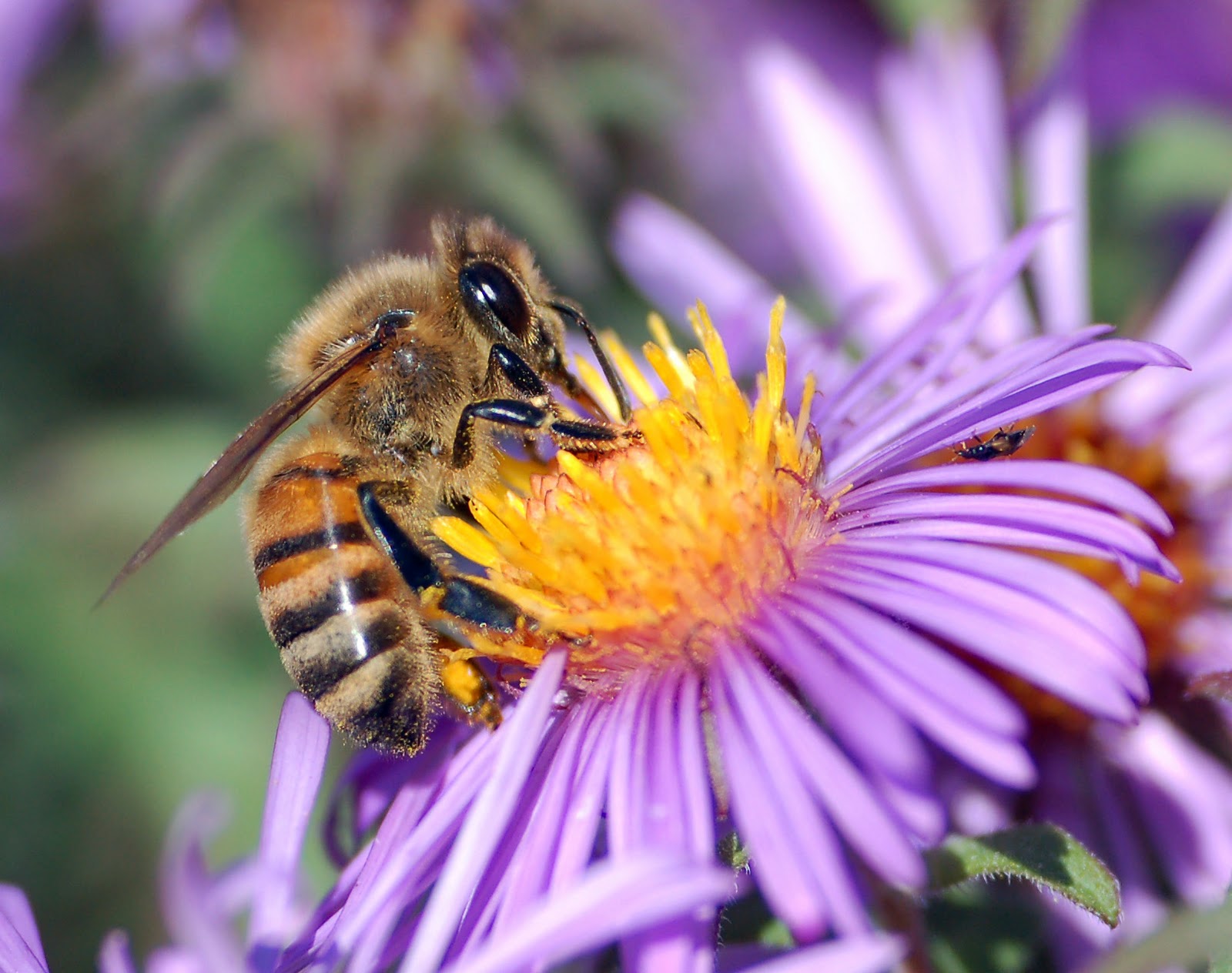 You may never have considered the fact that makeup products, shampoos and conditioners or face creams for example were also heavily reliant on bees. But much of the ingredients we have today, we have because of pollination. So many of the products we know would also not be available.

10. Clothing would be reduced 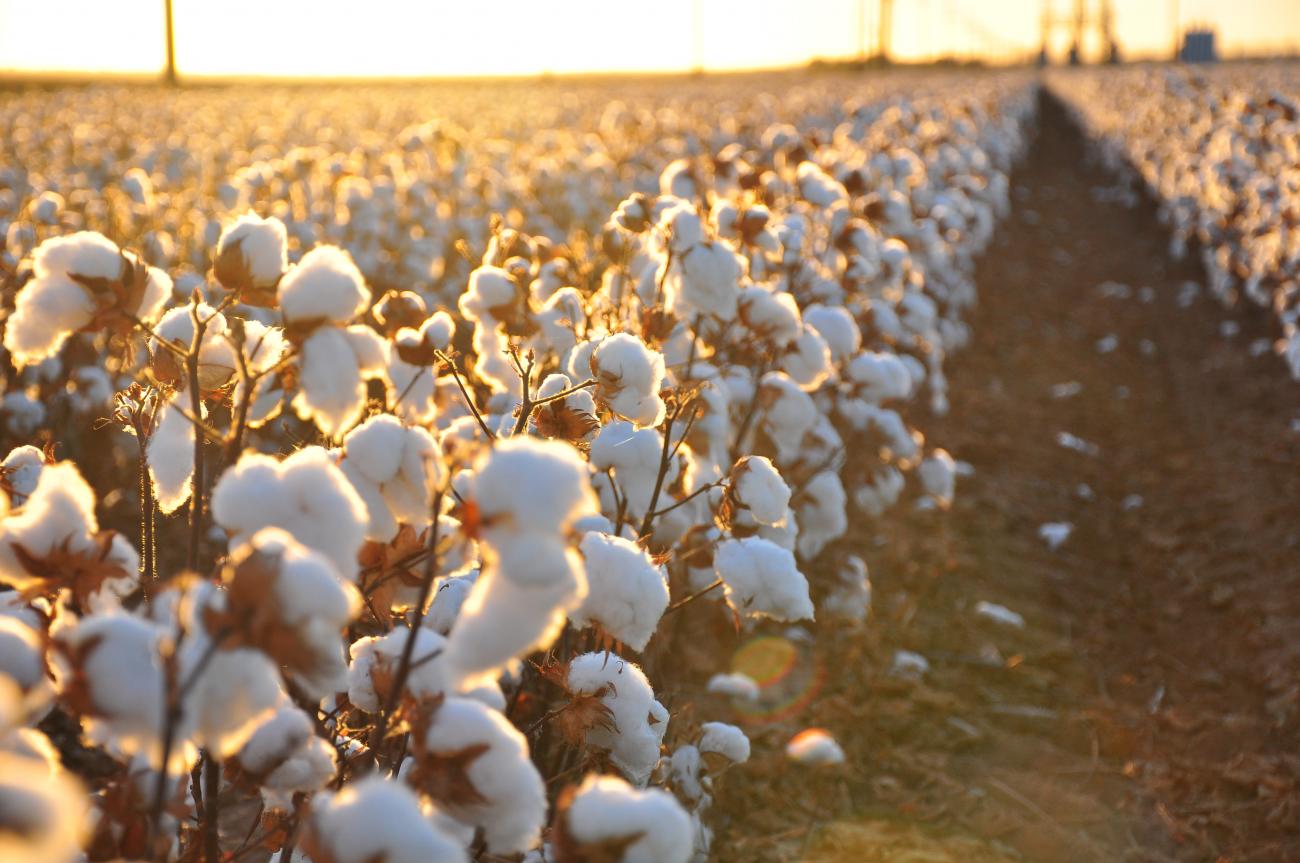 Clothing is another thing we do not associate with bees. However – the cotton plant, creates cotton which is essential for half of the world’s clothing. Cotton production is just not possible without bees. Cotton clothing is also one of the most natural and best materials because it is breathable. 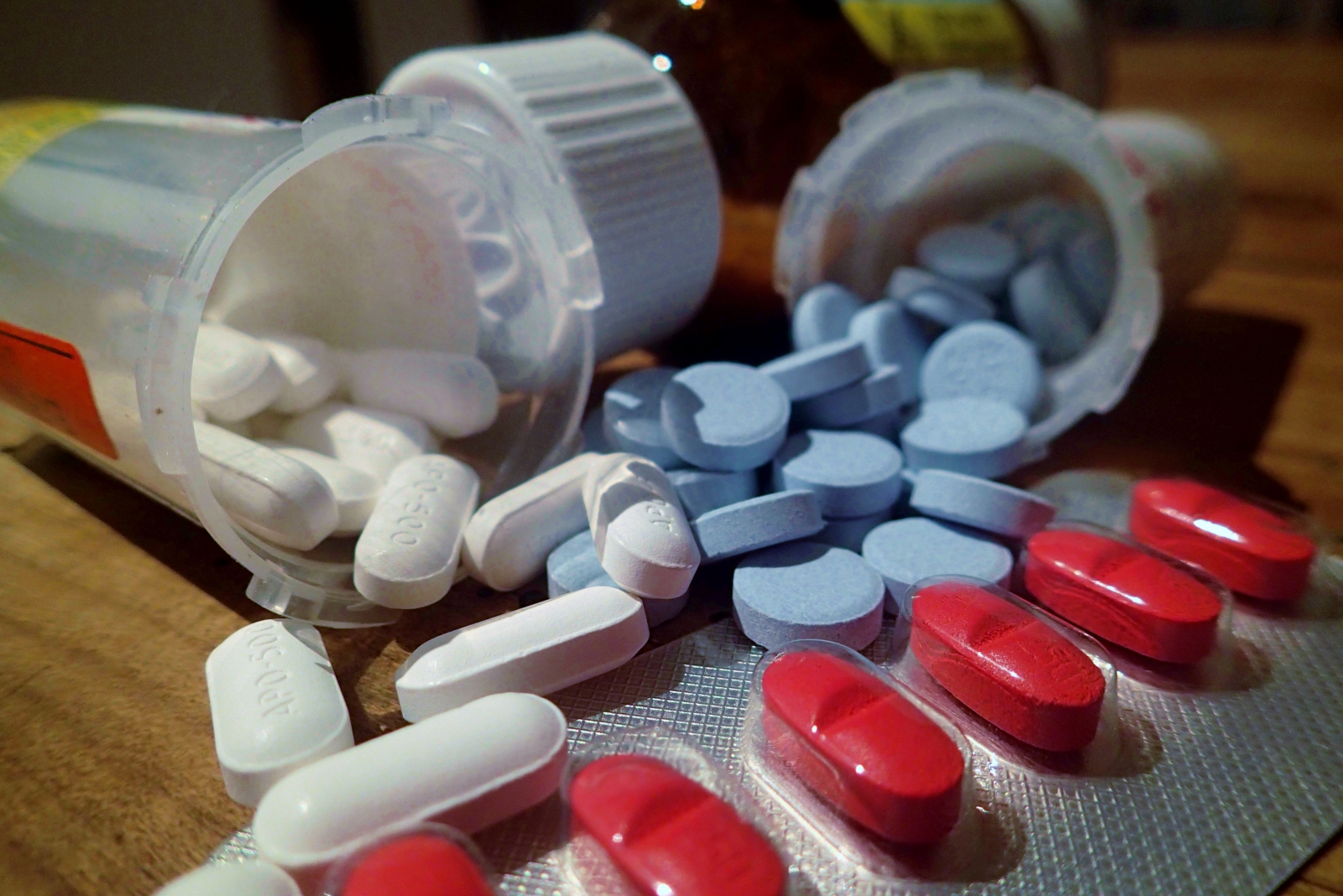 It is another scary thought that the medicines we have come to be so heavily reliant on in the modern day would also suffer. For example, aspirin, morphine the anti-malaria drug and some cancer treatments are all derived from a plant which is pollinated by bees. 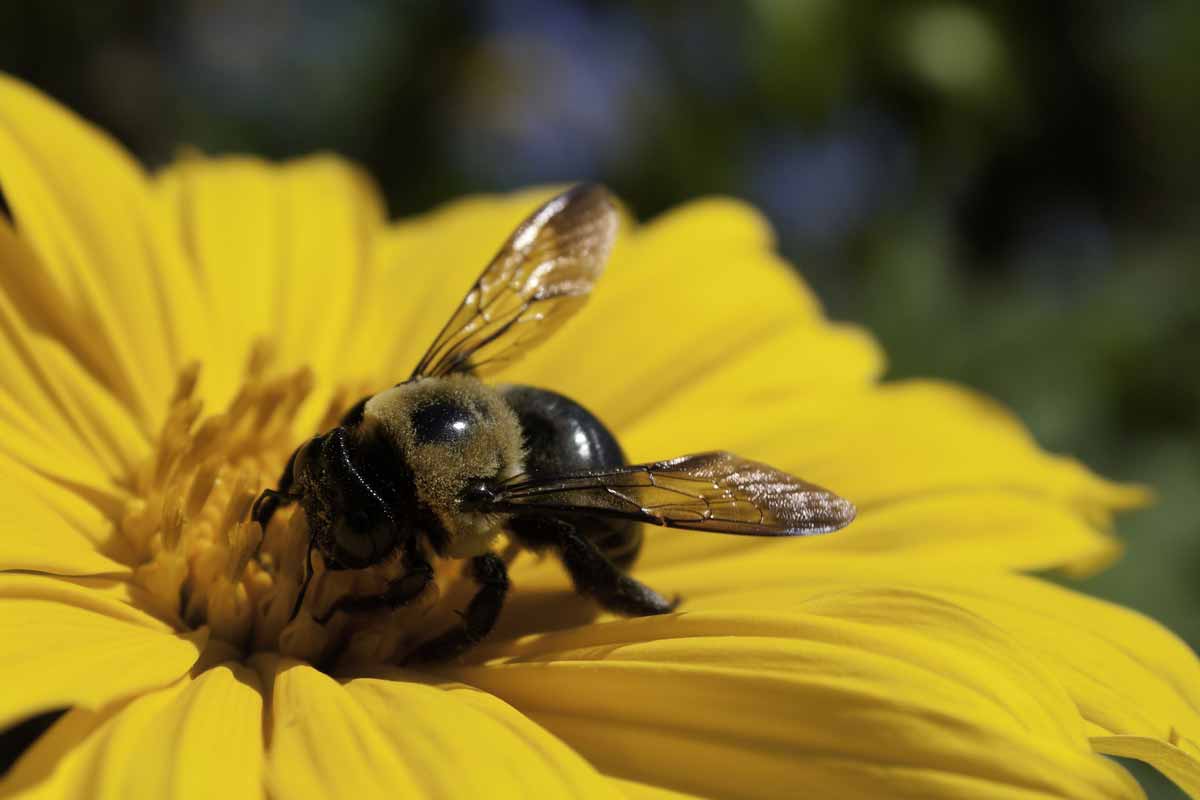 We use oil daily for cooking food. And while the sunflower plant is self-pollinating, it is massively helped through bee pollination. Sunflowers do not pollinate at the rapid rate that is necessary for production – this is done by bees. Canola oil is also reliant on bees. 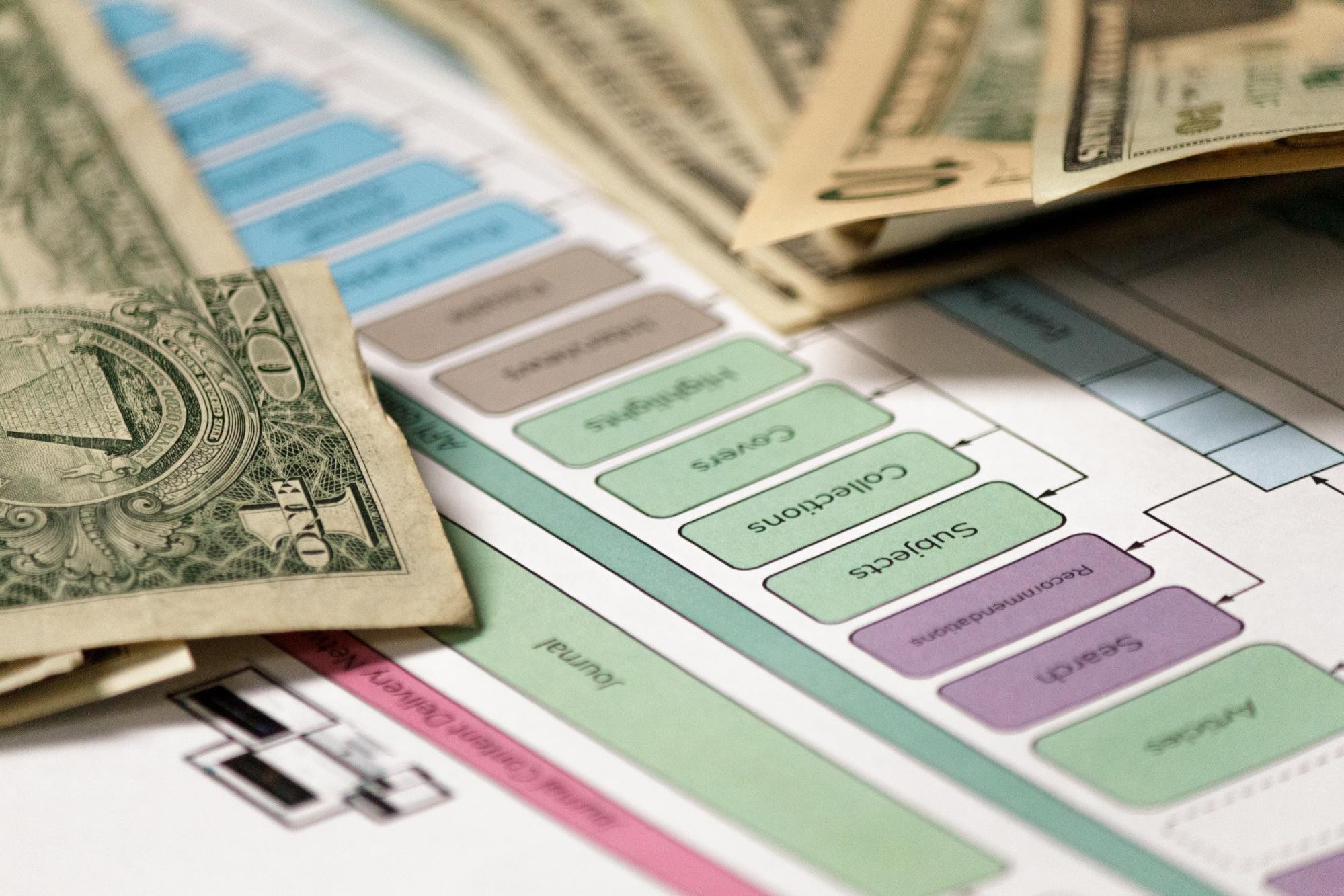 We all know about rising prices. Imagine if things were worse – way, way worse. When products become so much scarce because there is so much less of everything, the prices would go way up. When there is a demand for a product, the price rises. Buying meat and vegetables would be a very costly affair. 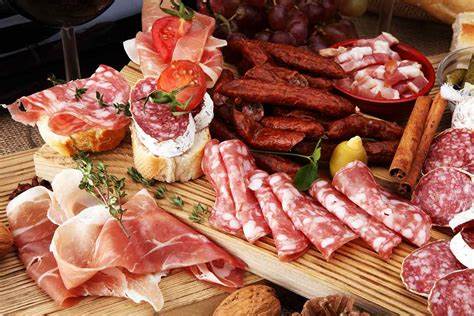 Cured meats, one of the many things that you never even realised involved bees. But curing meats often relies on herbs, which are pollinated by bees. And so, this would be just one of many things to suffer if bees went extinct. It’s not the most drastic, but it’s definitely another loss. 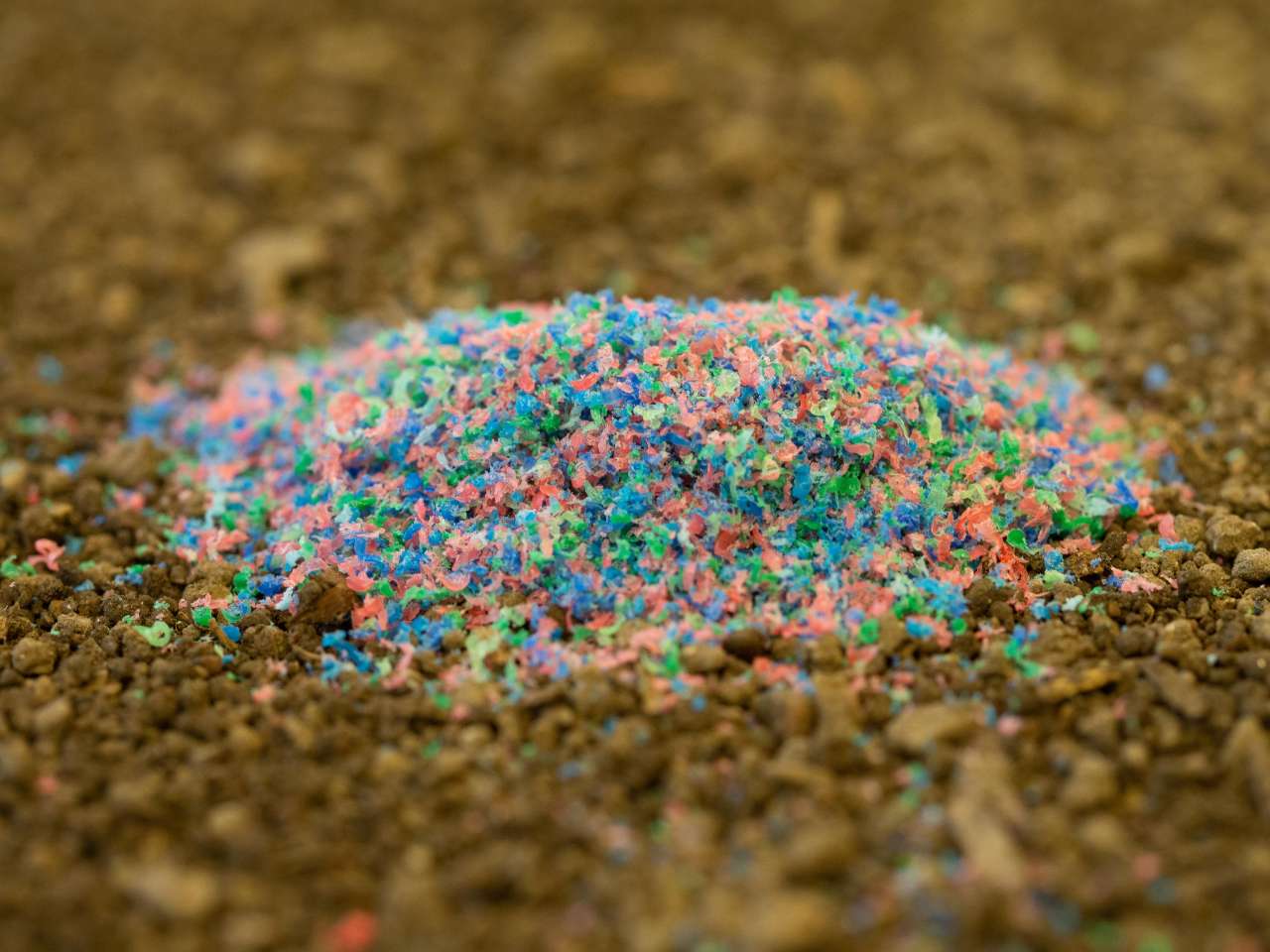 Because there would be no more cotton, clothing would all have to be replaced with materials such as polyester. This is a growing problem already, but without the option of cotton it would get a whole lot worse. Polyseter creates a lot of micro plastics which then remain in the environment.

16. Coffee would no longer be available 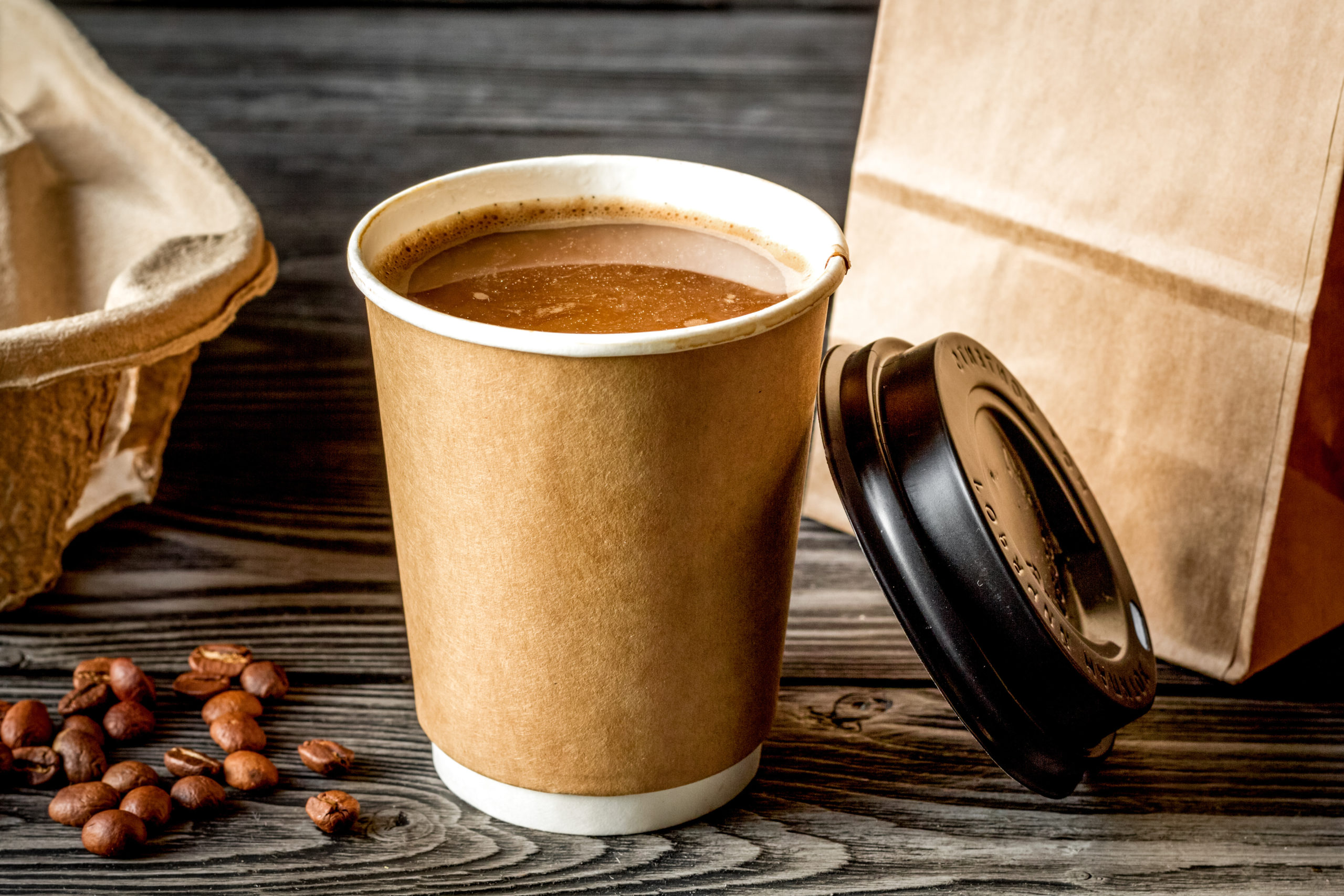 Coffee lovers, listen up. If you are one of those people who cannot function without their morning cup of coffee, then you are in for a shock. Because coffee production is largely reliant on bee pollination. So, we would have to say goodbye to coffee. And if you had an almond milk coffee – the milk would also be gone.

17. Some people think that humans would die out 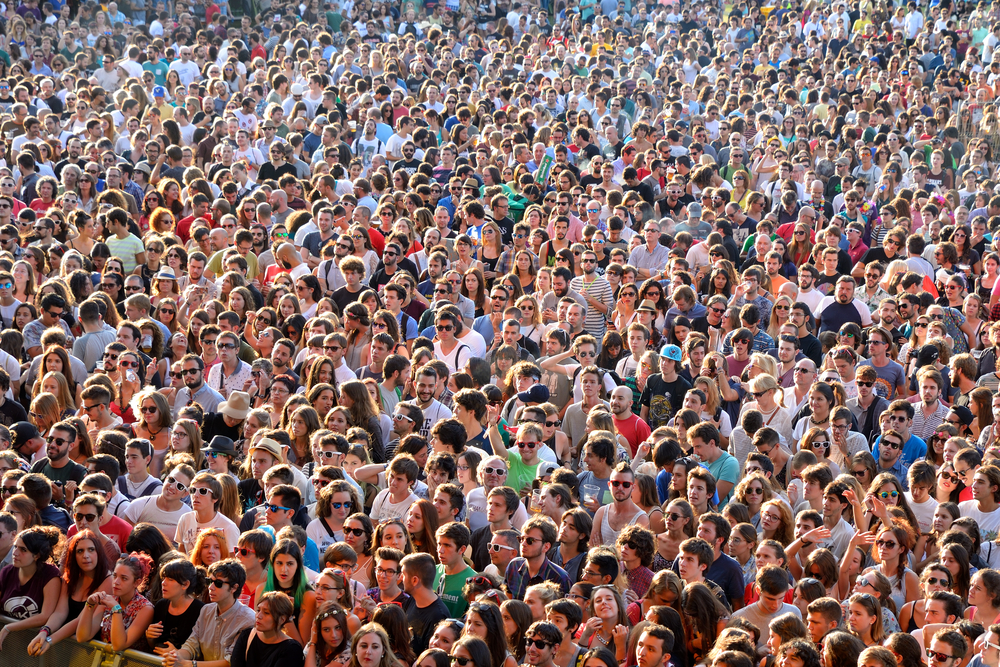 There is a very famous quote, which has actually been attributed to Albert Einstein. It says “If the bee disappears from the surface of the earth, man will have no more than four years to live. Nobody knows if this quote was truly said by Einstein. And it’s not necessarily true either. But it does hit home the solemnity of the situation.

18. There would be no more chocolate! Imagine life without chocolate. Although there would be much more pressing issues if bees went extinct than no more chocolate, it is of course still something to bear in mind, and if you are a real choc lover then this would be a very hard loss for you to take.

19. We would have a shortage of nuts 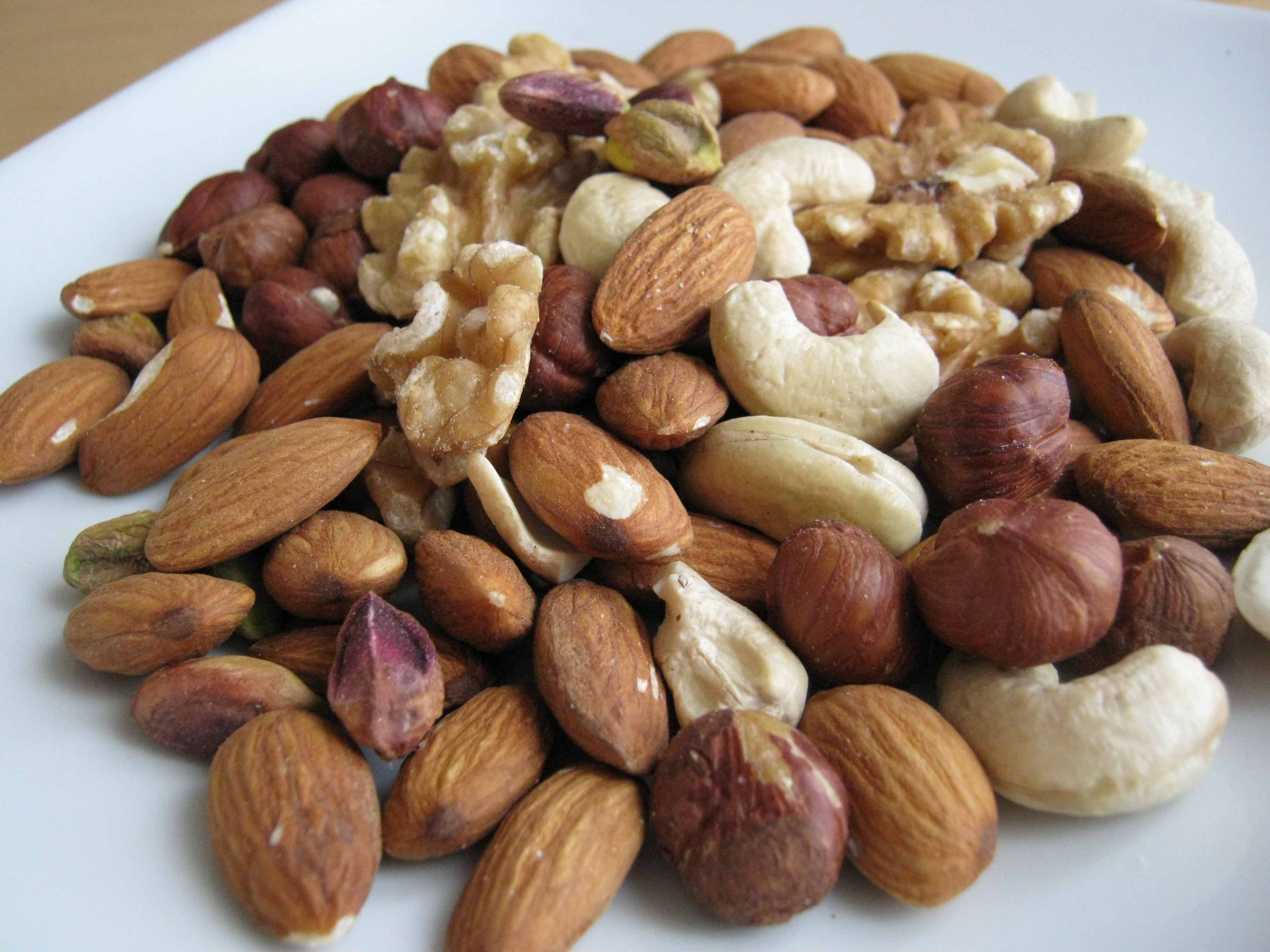 Nuts…who would have known that the production of many nuts was also heavily reliant on pollination. But many nuts and in particular almonds, would no longer exist if bees also did not. Nuts offer a very healthy snack, as well as a good natural source of protein to humans and they are considered a very healthy part of a diet.

20. People would be sicker 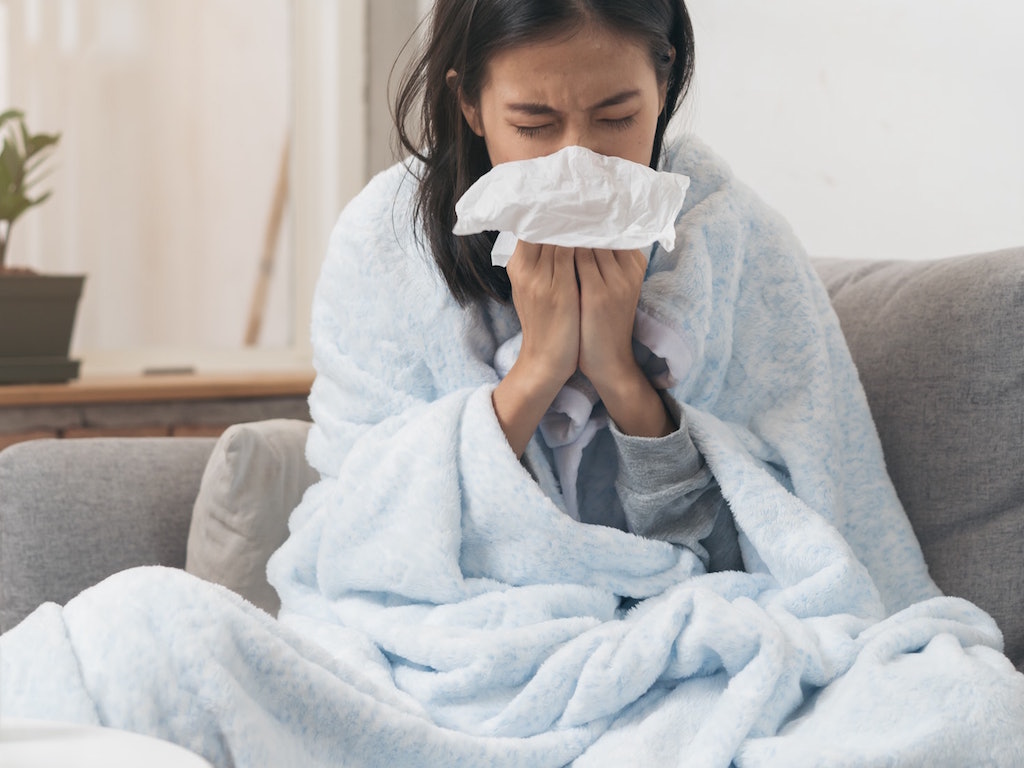 Without the right diets, nutrients and also with a lack of medicine, people would inevitably become sicker and have more illnesses or weaker immune systems. This would put a strain on our health care system. People’s natural immune system would not be as string without being fuelled sufficiently.

21. We would have a lot less berries 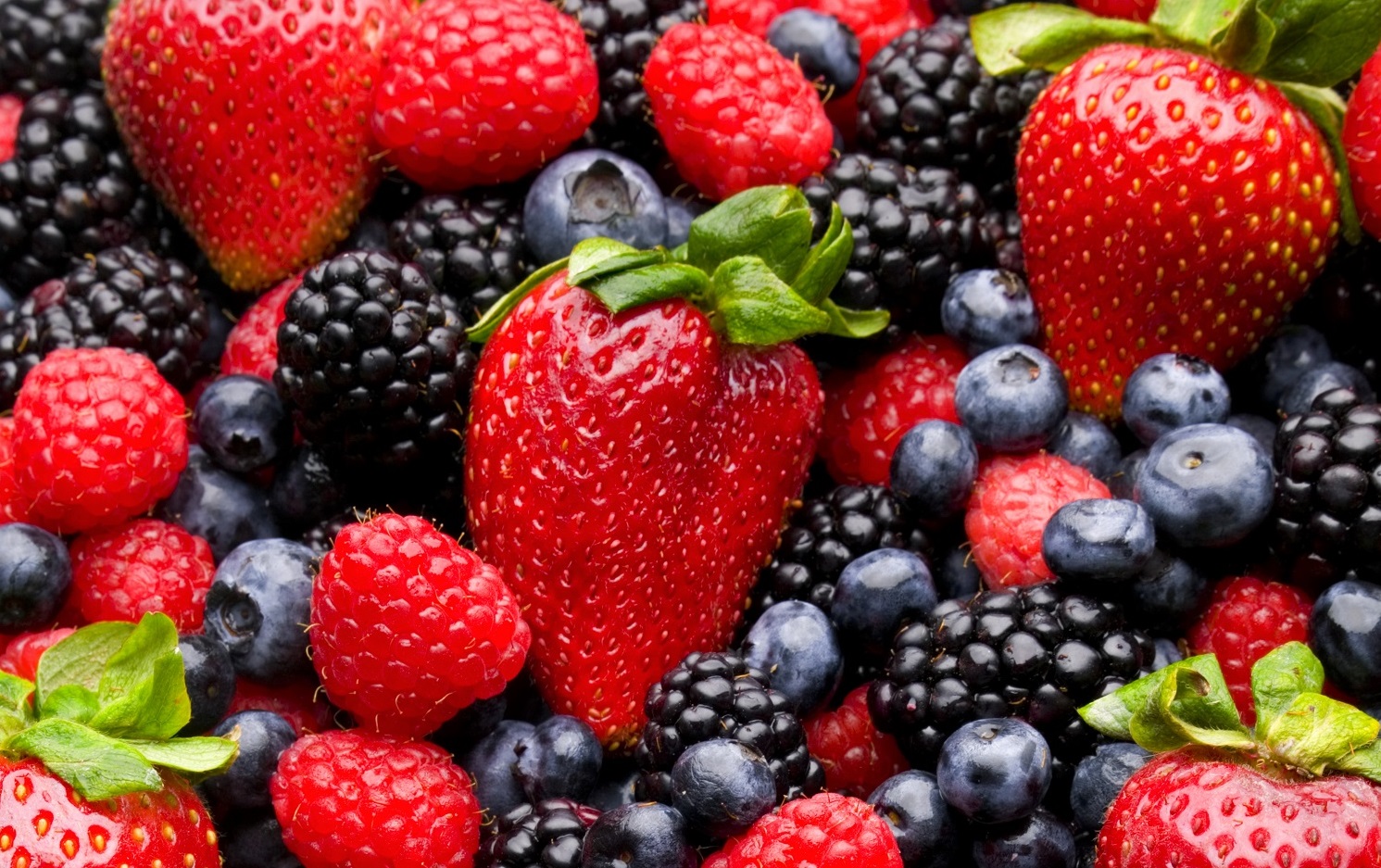 Blueberries, cherries…lots of different kinds of berries would die out if bees were not around to pollinate. The only other option is for people to hand pollinate crops. However, this would be very difficult to do on mass production. So even if they existed, they would be a lot more difficult to get. 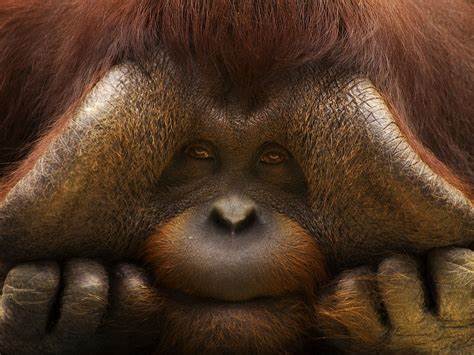 A lot of the animals we have grown up knowing or seeing, maybe not in real life, would no longer exist. They would go fully extinct. Meaning that there would be no chance of them repopulating again if this was the case. So, we would lose a LOT of the creatures we know and love.

23. There would be mass malnutrition 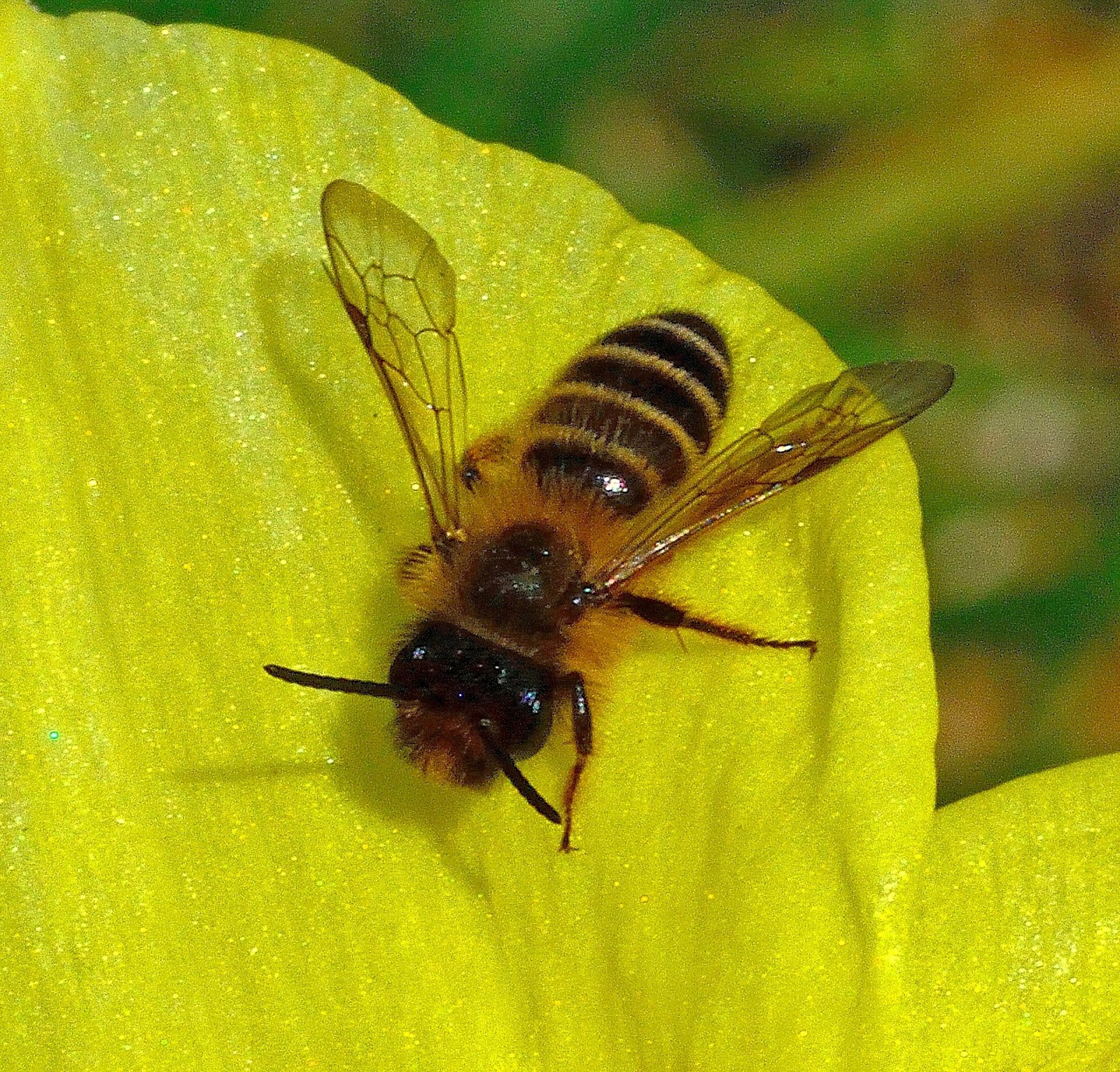 Our diets would be hugely more limited as we would not be getting the variety we need or are used to having. And, for many people they would no longer be able to get the proper minerals and vitamins required in a healthy diet. As a result, there may be mass malnutrition if bees go extinct. 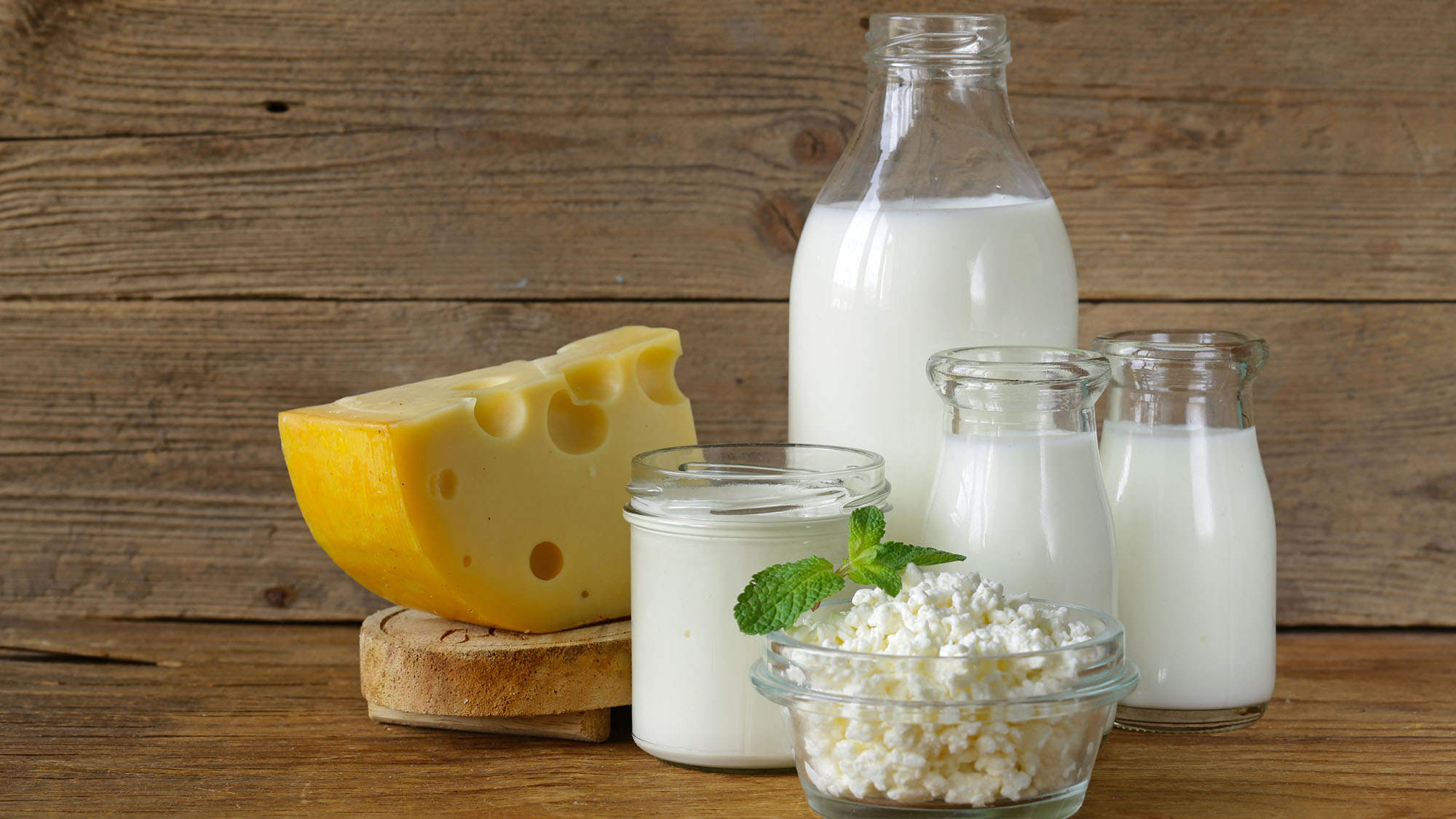 Not only would it be the end of a lot of meat, but also the end of dairy. Because cattle are too energy inefficient and so it would no longer feasible could not maintain herds of cows. This is because they take a LOT of grain, but only convert a tiny amount of energy from this. 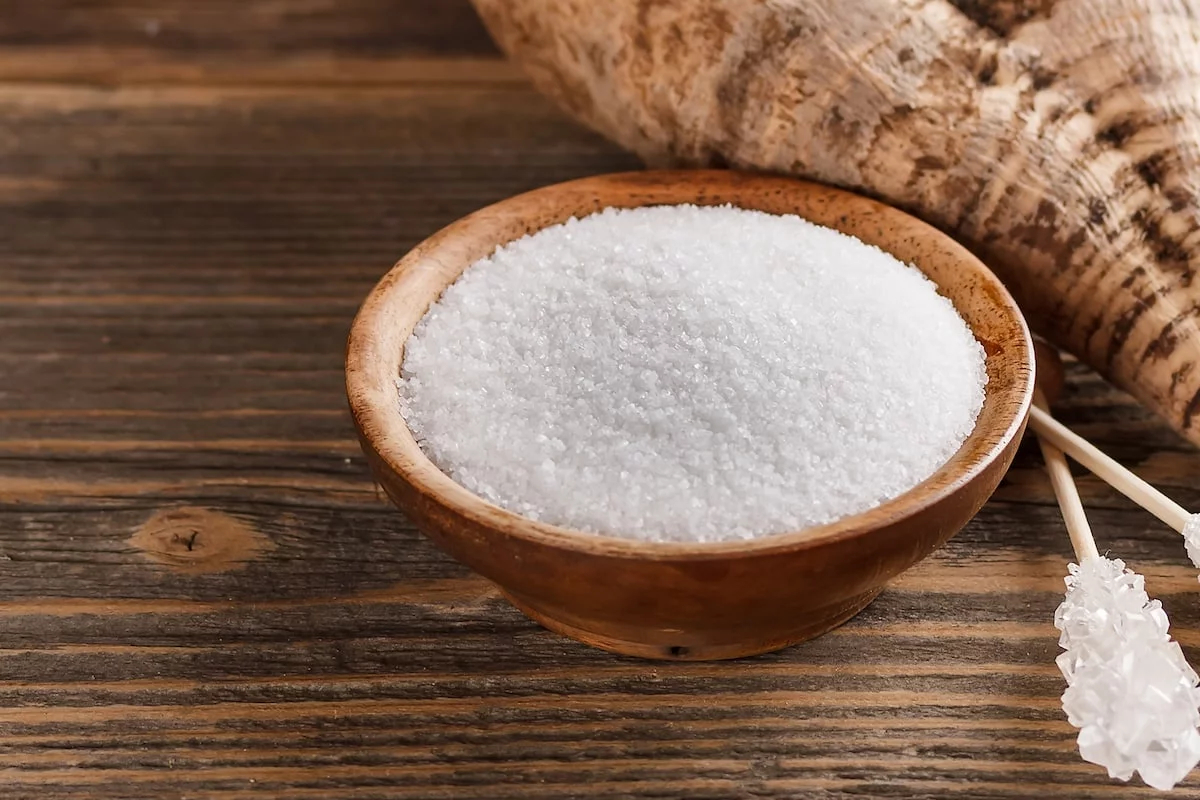 Sugar is in a lot of things, more things than we would care to admit. And, if you are a sweet tooth this news will come as a particular shock. Sugar is helped a lot by pollination. And so there would be a lot less of it around. Meaning sweet treats would be harder to come by. 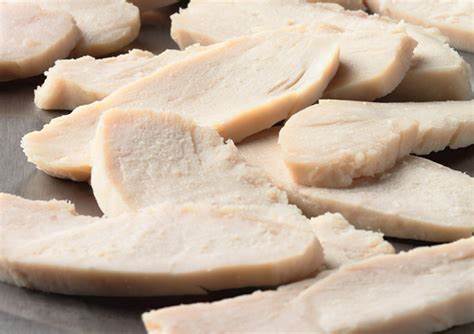 If you think you’d still be able to create a flavourful meal, then you may have another thing coming. Things such as vanilla, nutmeg, fennel, allspice and coriander would likely no longer even exist without bees. And garlic and onion (which is the staple of any good meal) also benefit from pollination so they would struggle too. 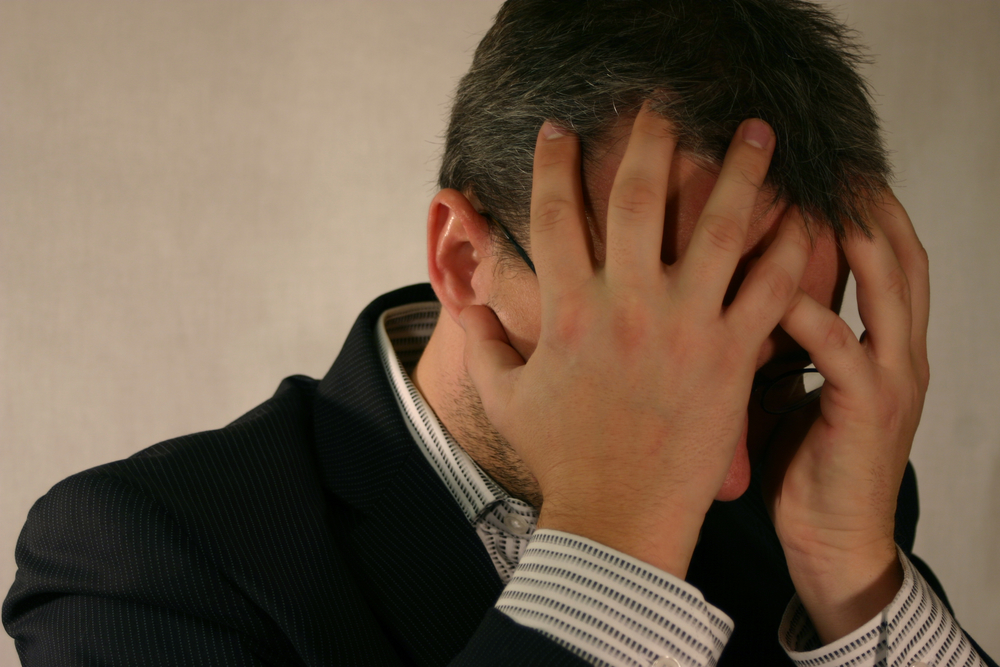 It makes sense that when the situation in the world is so insecure, people would be less happy. There would be a lot of people struggling and worrying about how to get by. There would also be huge questions about the fate of the world and how to adapt to the extinction of bees and the destruction of the eco system 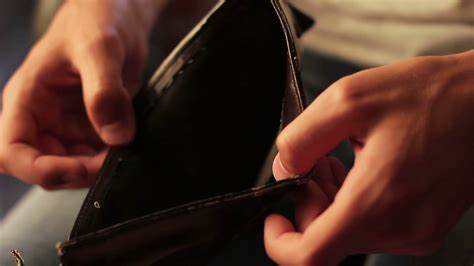 Yes, things would be more expensive. But some people would truly struggle to feed their families. In fact, we see this more and more at the moment due to the state of the world however if bees went extinct the lack of crops and resources would mean that everybody would be affected, and poverty would massively increase. 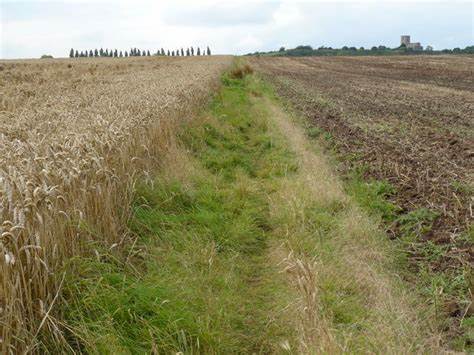 30. The population would decrease massively 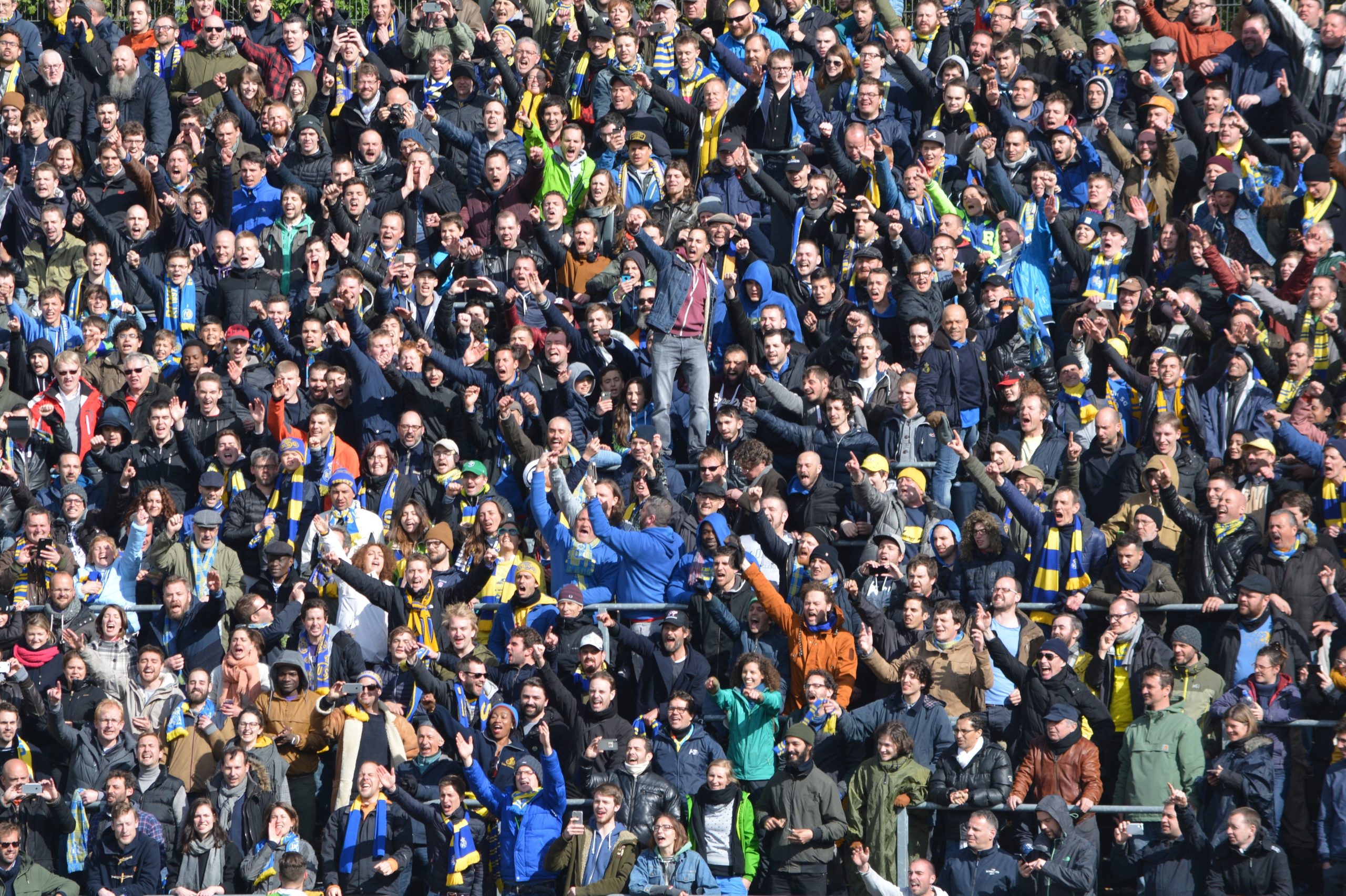 It would no longer be feasible to maintain the lives of 8 billion people. So, there would be a quick decline in the global population as the earth could only sustain so many without the pollination of bees. There would be much less food to be able to feed such a huge amount.