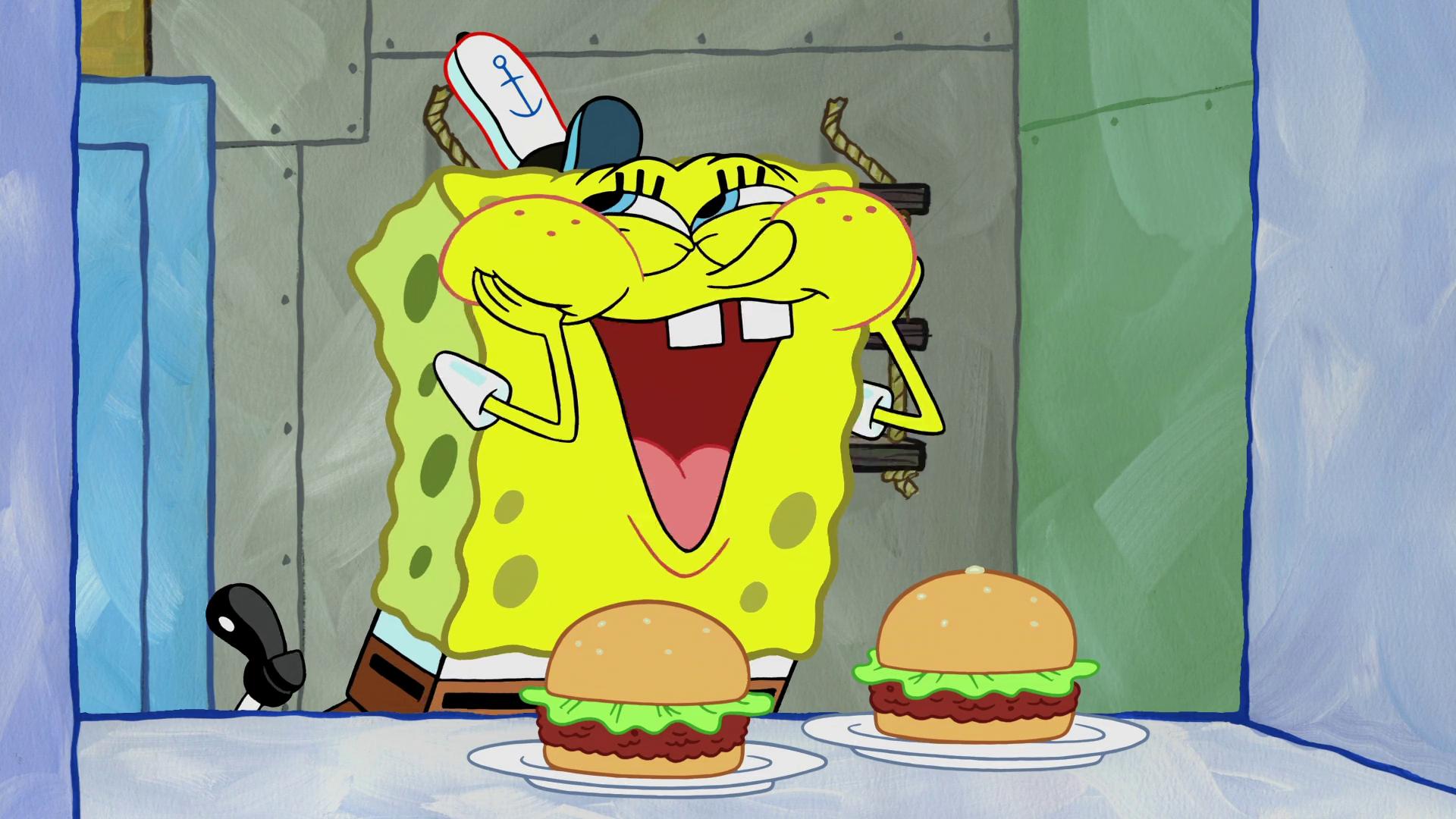 Another one from SpongeBob SquarePants. There’s been a lot of debate about what Krabby Patties are made of, and it seems like they’re made from crabs. Mr. Krabs tastes one in an episode and says, “So that’s what I taste like”. But there’s more to it- the secret ingredient that Mr. Krabs has been hiding from Plankton is “Poseidon Power”, which is actually known as cocaine on Urban Dictionary…

2. Helga’s mum had a drinking problem in Hey Arnold 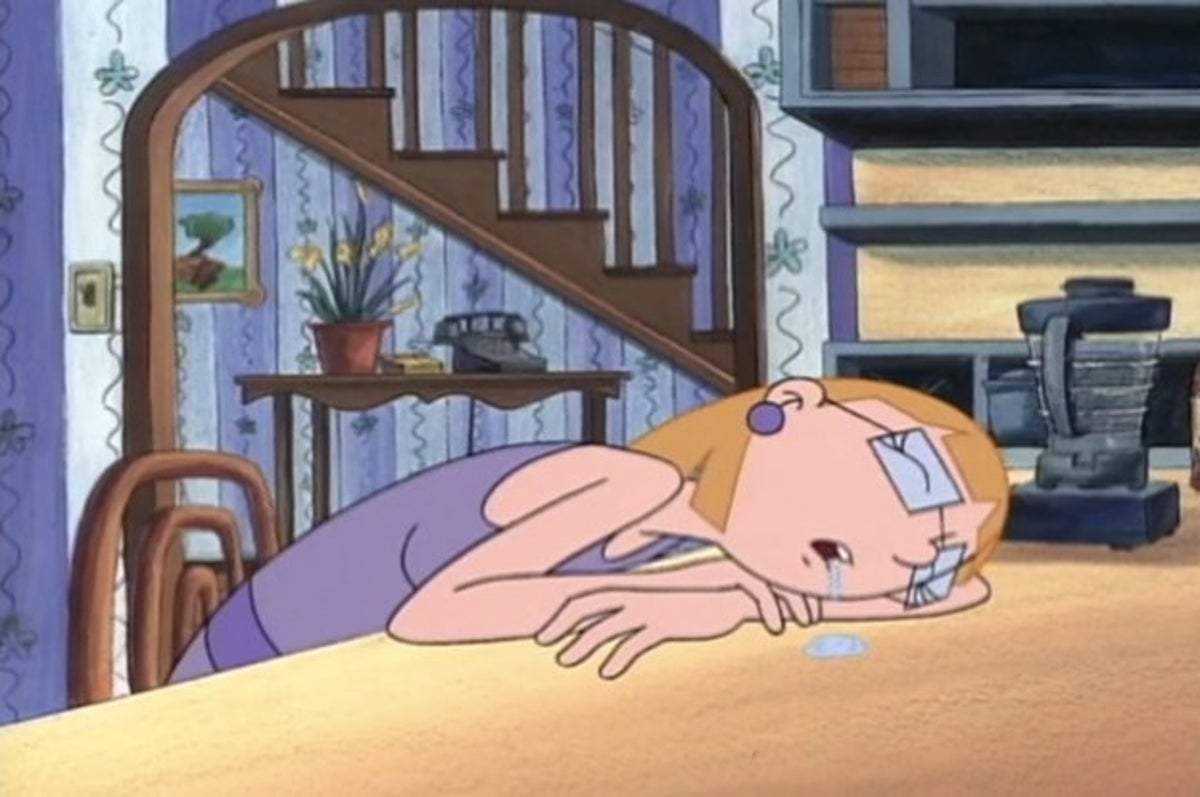 Back in the day, most millennials watched Hey Arnold on the reg. But there’s one thing about the show you might have missed: Helga’s mum had a massive drinking problem. While she’s not seen with alcohol all that often, she’s often passed out, slurring her words, or making “smoothies” with her blender.

3. The truth about Bikini Bottom in SpongeBob SquarePants

We all know that SpongeBob lives in Bikini Bottom. But there’s a sinister secret about the place… Bikini Bottom is actually supposed to be located under the Bikini Atoll, which just so happens to be the site where numerous atomic bomb tests took place during the 1940s and 50s. So SpongeBob and co are just mutants with radiation poisoning. 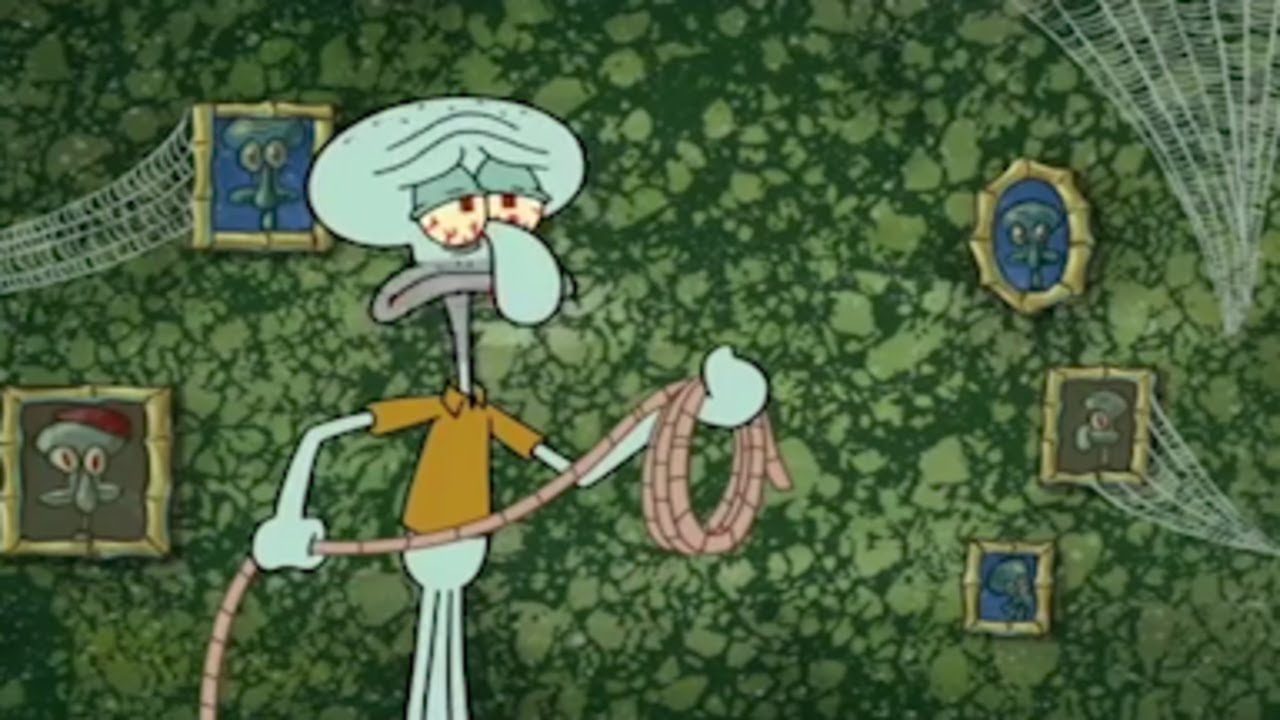 And while we’re on the subject of SpongeBob SquarePants, you might have missed Squidward’s frequent attempts to end his life. During the show, he sticks his head in the oven, and tries to injure himself fairly often. But it’s not just Squidward who’s battling depression- Plankton also spends an episode trying to get himself run over. 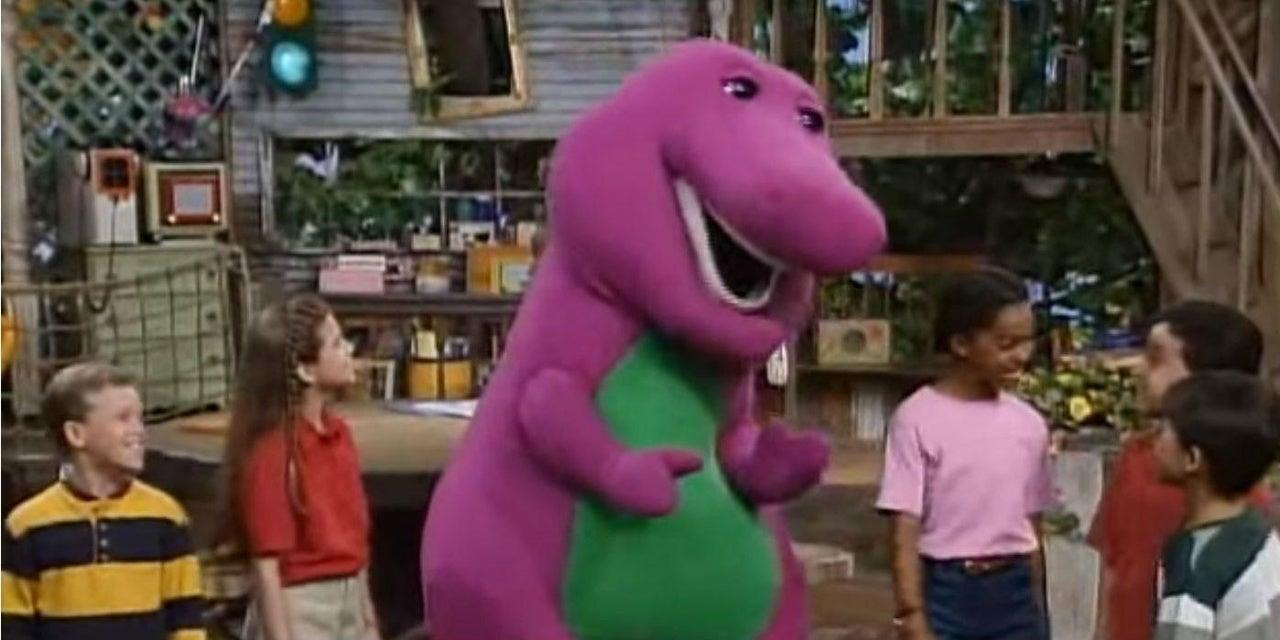 There’s a theory that’s gathered a LOT of momentum on the internet over the years- Barney the Dinosaur was just an imaginary friend of all the kids in the show. This apparently explains why there’s never an adult there, as this would burst the bubble pretty instantly. The theme song even says “Barney is a dinosaur from our imagination”, which kinda confirms it! 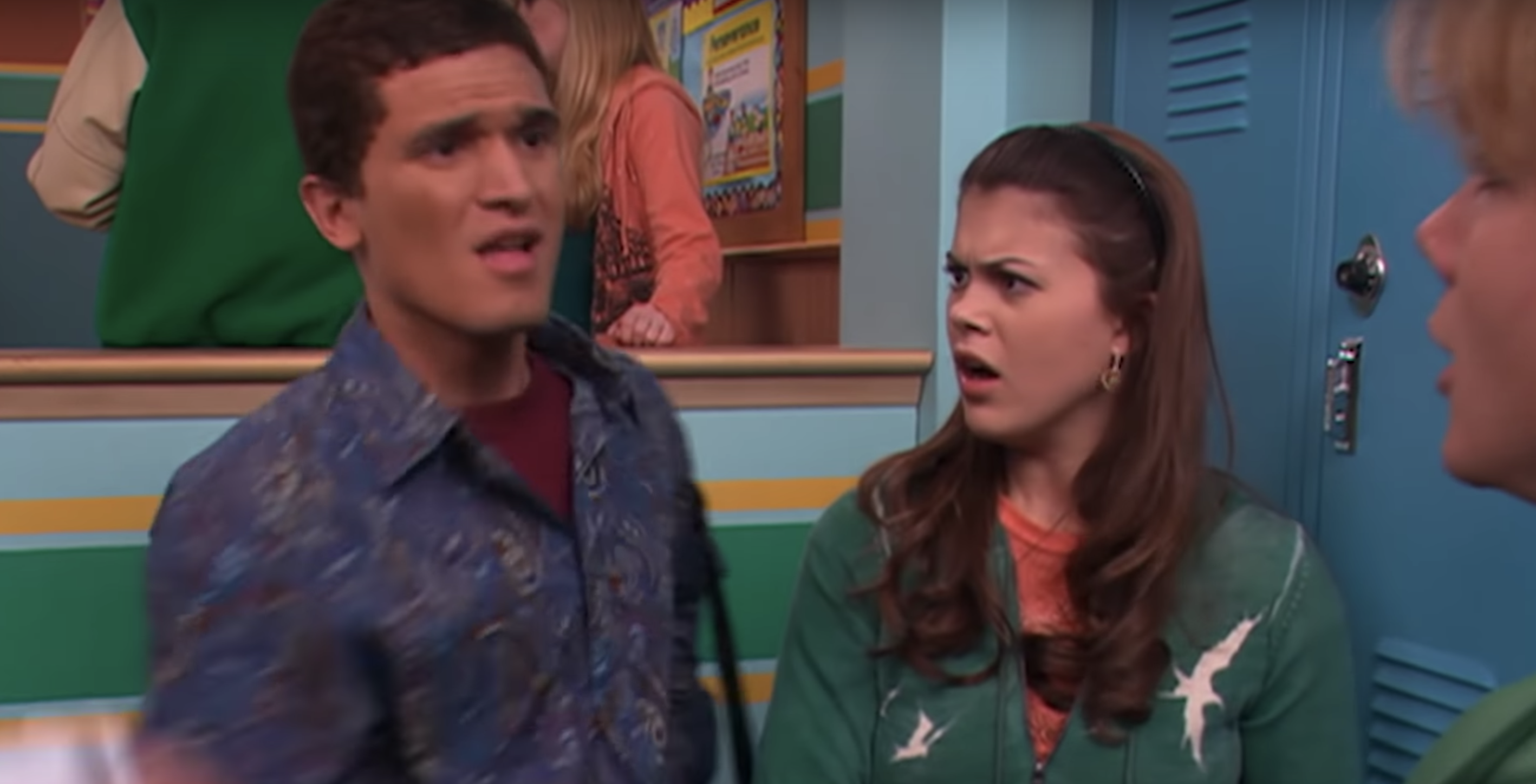 We don’t know about you, but we were massive fans of ed’s Declassified School Survival Guide. But we never noticed the play on Moze’s boyfriend’s name! If you remember, his name was Faymen Phorchin, which was actually a play on ‘fame and fortune” FYI. This was pretty in line with his character…

7. Tori’s mom was up to no good in Victorious 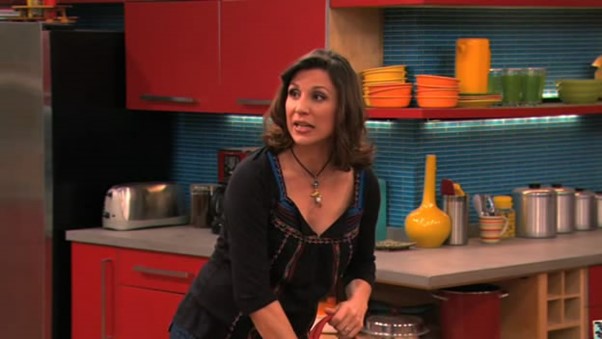 While Tori was in the spotlight in the Nickelodeon hit Victorious, there was a LOT going on with her parents too. Not only was Tori’s mom Holly absolutely hilarious, but she was also harboring a secret; she was having an affair! Turns out she was getting frisky with her husband’s friend Gary on the police force. Ooh-er. 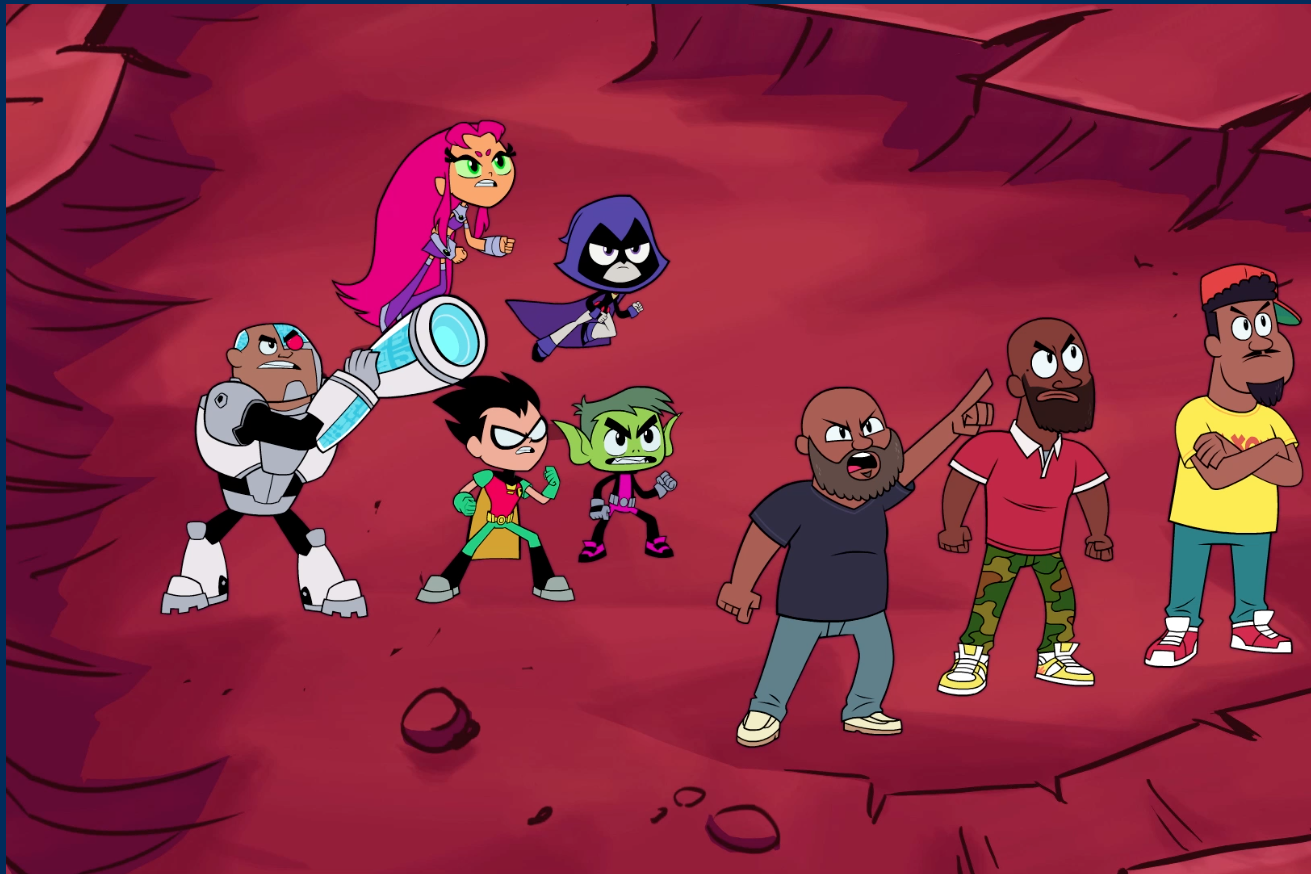 Teen Titans Go! was a spin-off from the original series, but there was a dark secret hidden in the background. Not every Robin managed to survive the job; in fact, Jason Todd was brutally beaten by The Joker with a crowbar. If you look carefully at Robin’s trophy cabinet in the show, you’ll just about glimpse Jason Todd’s ashes, as well as the crowbar that killed him. 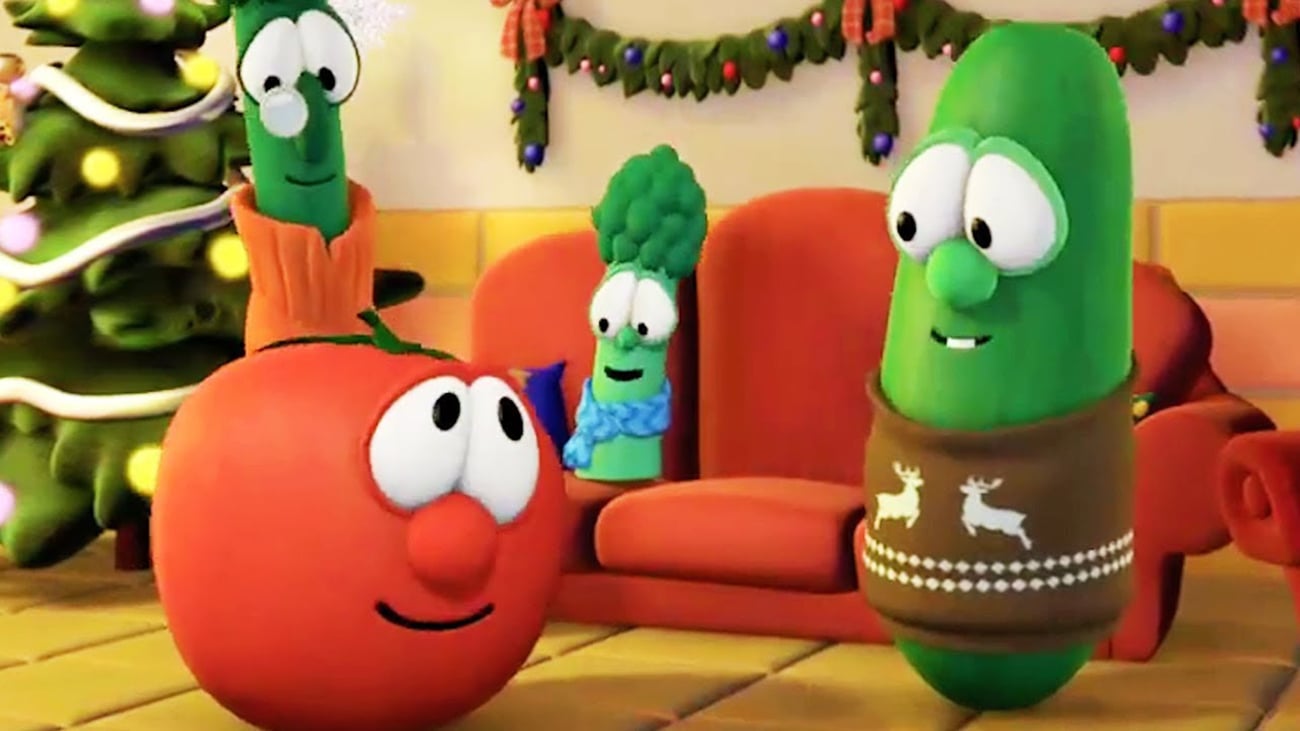 VeggieTales was always super cute. And there were plenty of adventures too! A lot of these adventures were actually references to super-popular movies like Star Trek, Monty Python, Forrest Gump, Indiana Jones, The Lord of the Rings, and The Grapes of Wrath. Watch the TV show back and see for yourself!

10. California influence in The Proud Family 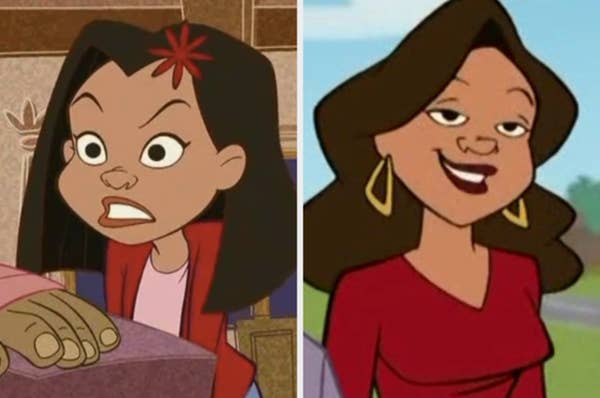 This Disney hit had everything- diversity, humor, and a whole lot of heart. But when it comes to the names of the characters, the big Disney execs decided to look closer to home- the gorgeous streets of California! Both LaCienega and her mom, Sunset Boulevardez, were named after LaCienega Boulevard and Sunset Boulevard in California. 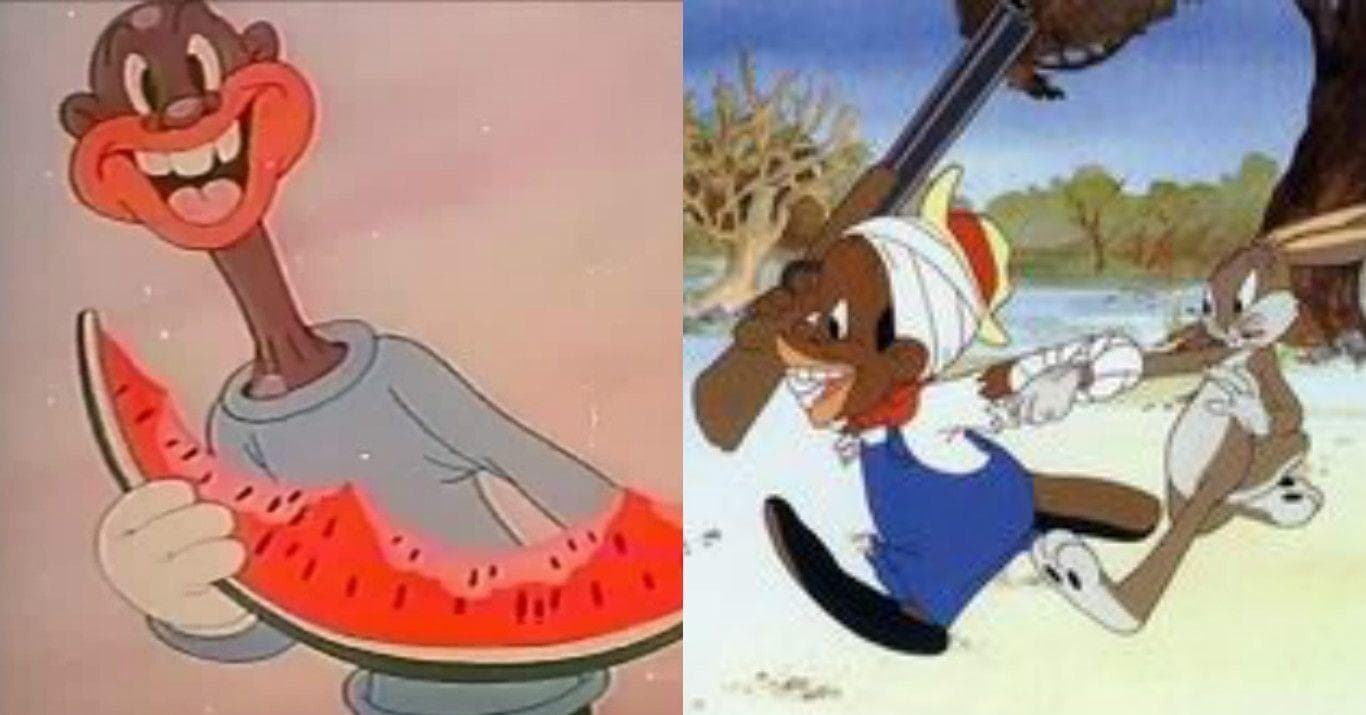 As cartoons go, Looney Tunes is up there with the most famous. But there are a LOT of unsettling scenes surrounding its portrayals of black characters… These cartoons started out in the 1930s, and are racist in every sense. There are stereotypes, open mocking, and caricatures with “watermelon” smiles, which would definitely not be ok today (or ever). 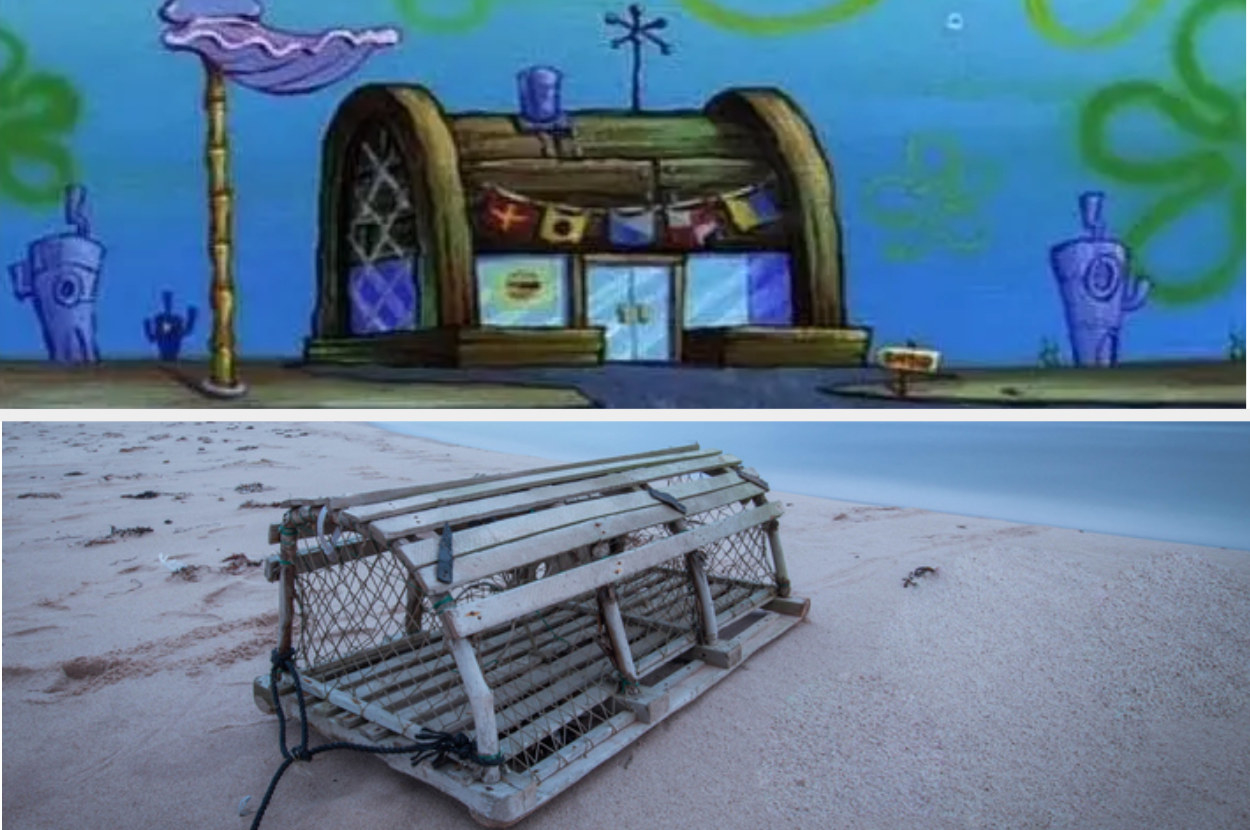 So it seems like SpongeBob SquarePants has a LOT of hidden meanings! Not only was the show set under a bomb testing site, but it’s also made use of other human activities too. You might not have noticed, but the Krusty Krab is actually shaped just like a lobster trap- something eagle-eyed internet users have spotted.

13. The truth about the Sesame Street characters 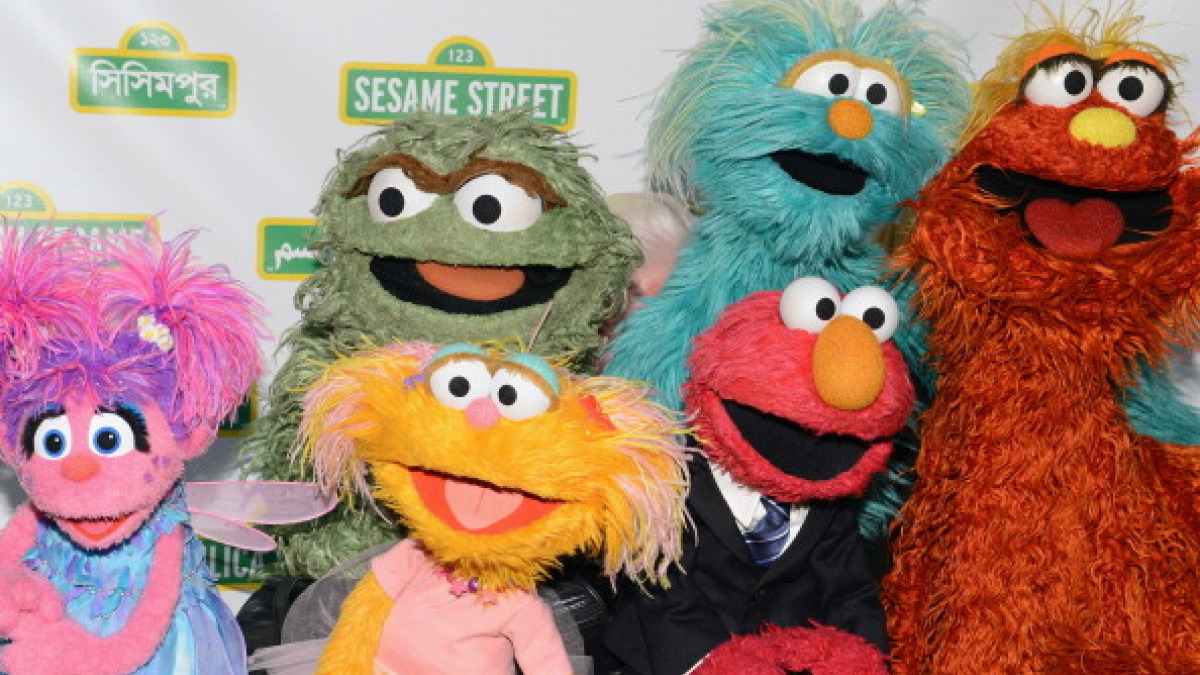 We’re huge fans of Sesame Street, but we never noticed just how special the characters are until recently! It’s been suggested that each of the Sesame Street residents suffers from a disorder; for example, the Cookie Monster, has an obvious eating disorder, the Count has OCD, and Oscar is apparently a sociopath… 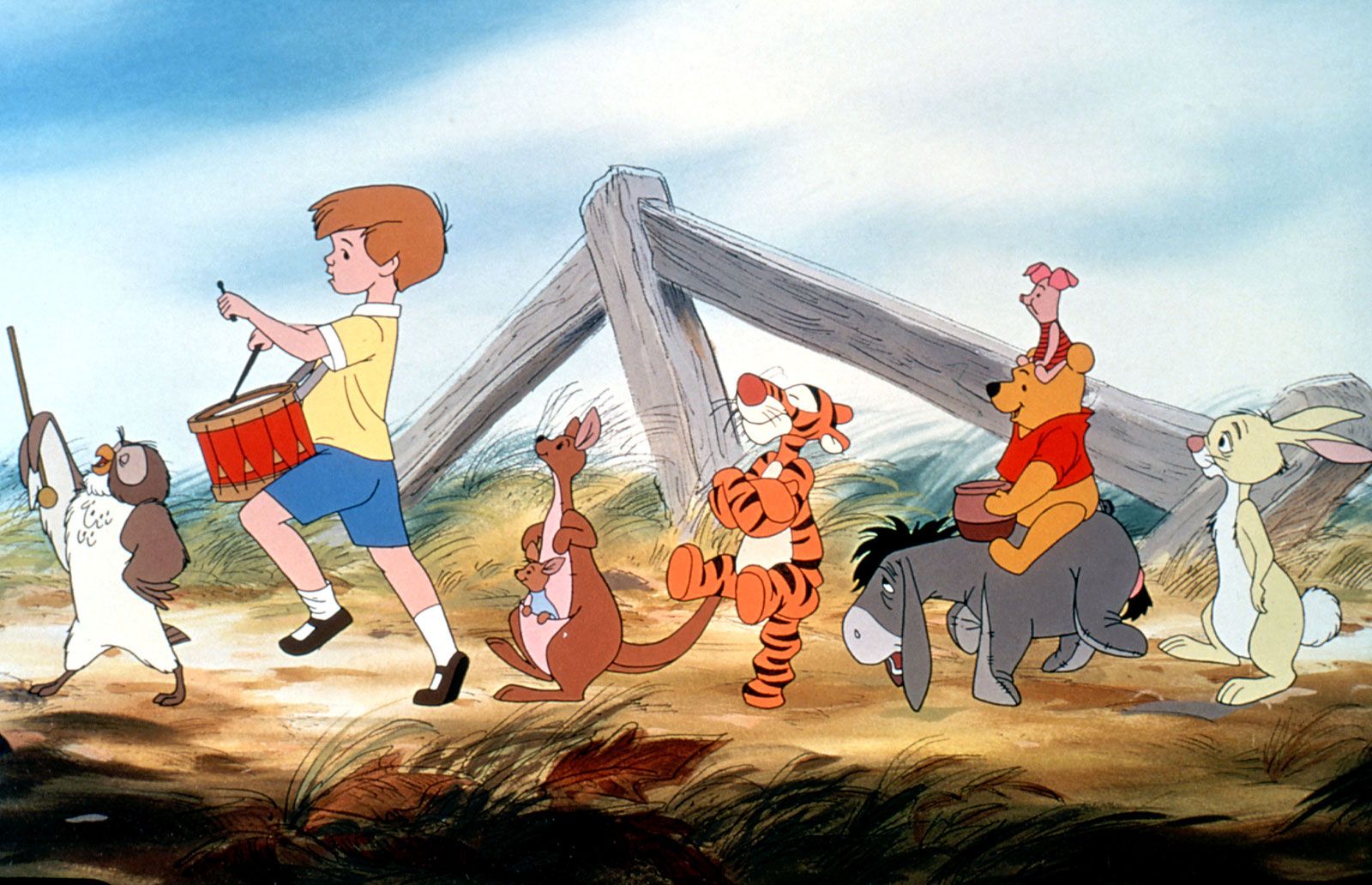 Winnie the Pooh wouldn’t be the same without Christopher Robin. It’s been said that this super-cute kid befriended the animals of Hundred-Acre Wood as he was lonely- but that’s not the whole truth. Christopher Robin is actually autistic, and found it much easier to make friends with animals rather than with other children. 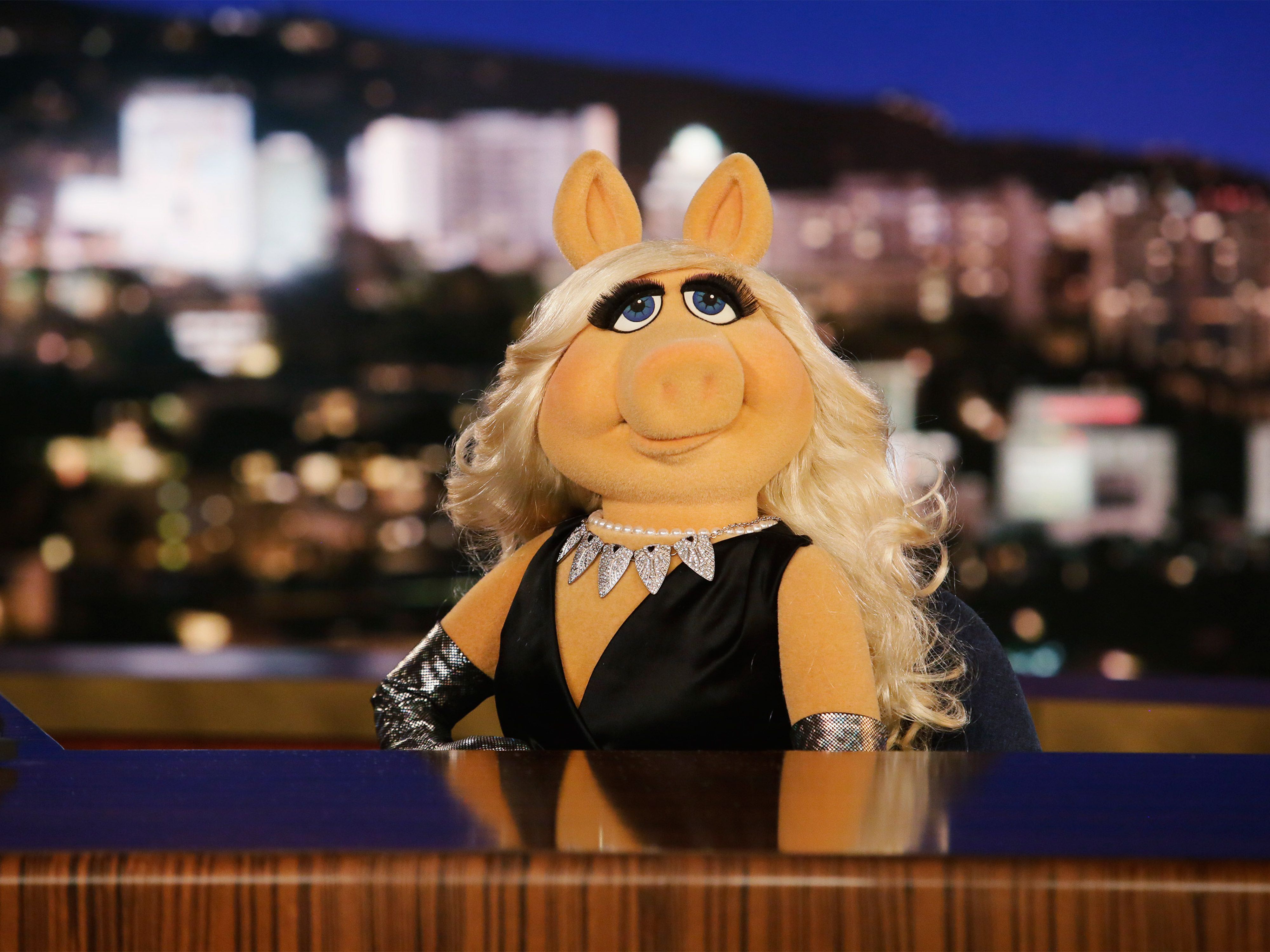 Miss Piggy is one of our all-time favorite icons. She’s fierce, has tons of amazing clothes, and is reliably OTT. But the huge catalog of The Muppets films and TV shows have also shown a much more vulnerable side that requires viewers to read between the lines. Apparently Miss Piggy grew up in an impoverished home in the mid-west, and, after her dad’s passing, was raised by an emotionally aggressive mom. She got into beauty contests to help her mom pay the rent.

16. Hidden meanings in The Suite Life of Zack and Cody 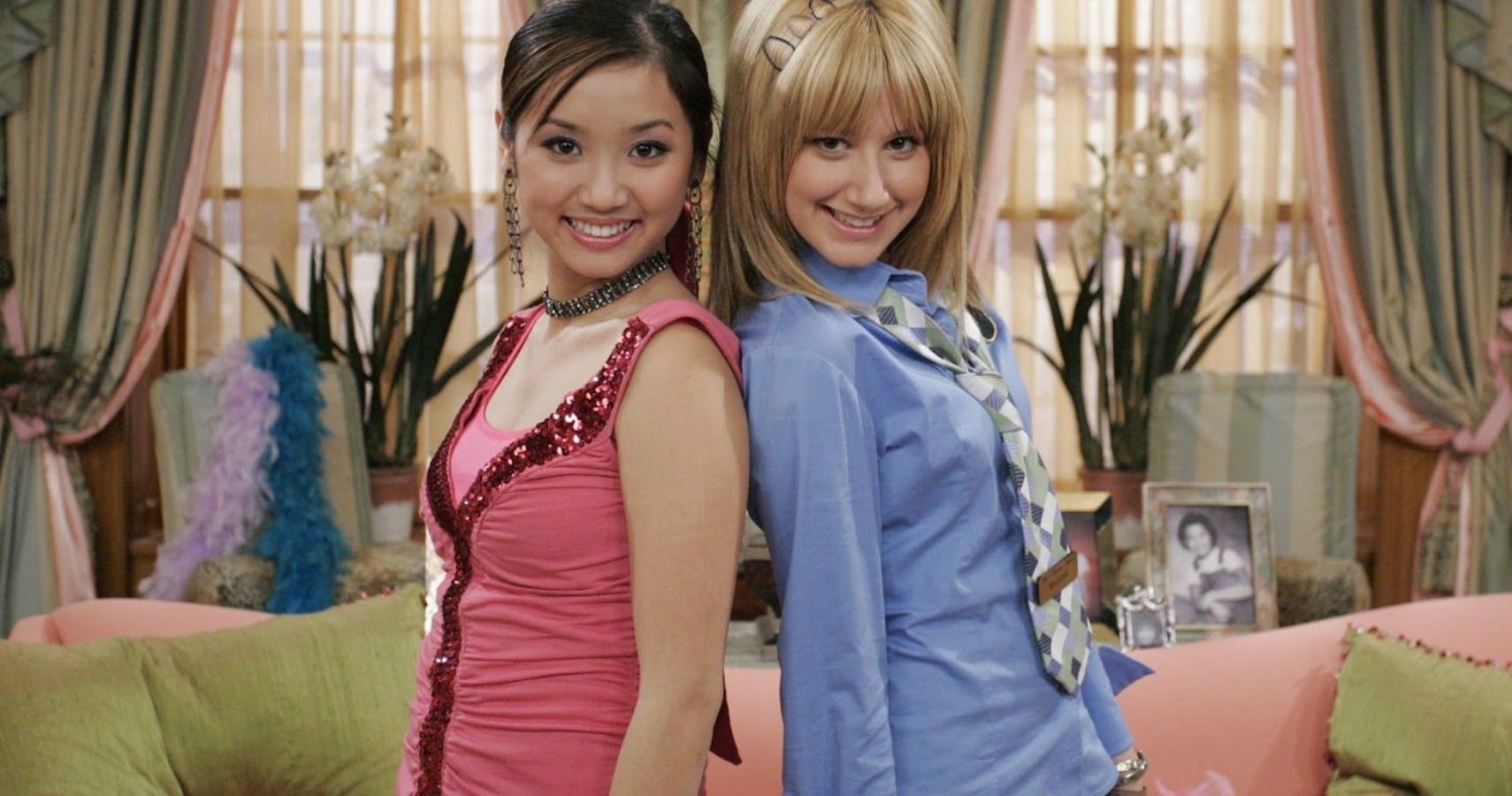 In The Suite Life of Zack and Cody, there were tons of memorable characters, including a certain London Tipton. She was uber-sassy, loved to spend more on clothes, and basically wanted as much attention as possible. So it’s no huge surprise that her name and character was entirely based on Paris Hilton! 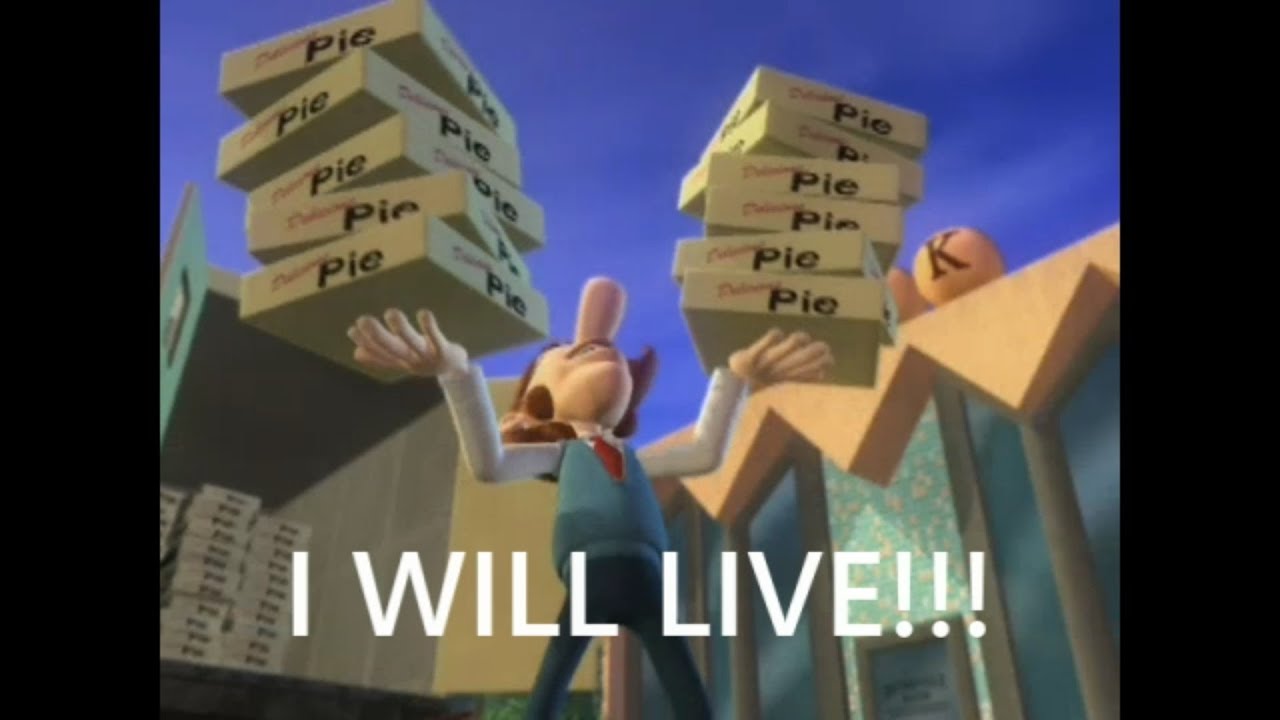 You probably won’t have picked up on this when you were a kid, but it turns out that Grandpa Lou is a bit of a creep. He rents a few Reptar movies for the babies, and rents himself an adult movie called Lonely Space Vixens, which he says is his “personal favorite”. He tells the babies that he watches this when they’ve all gone to bed! 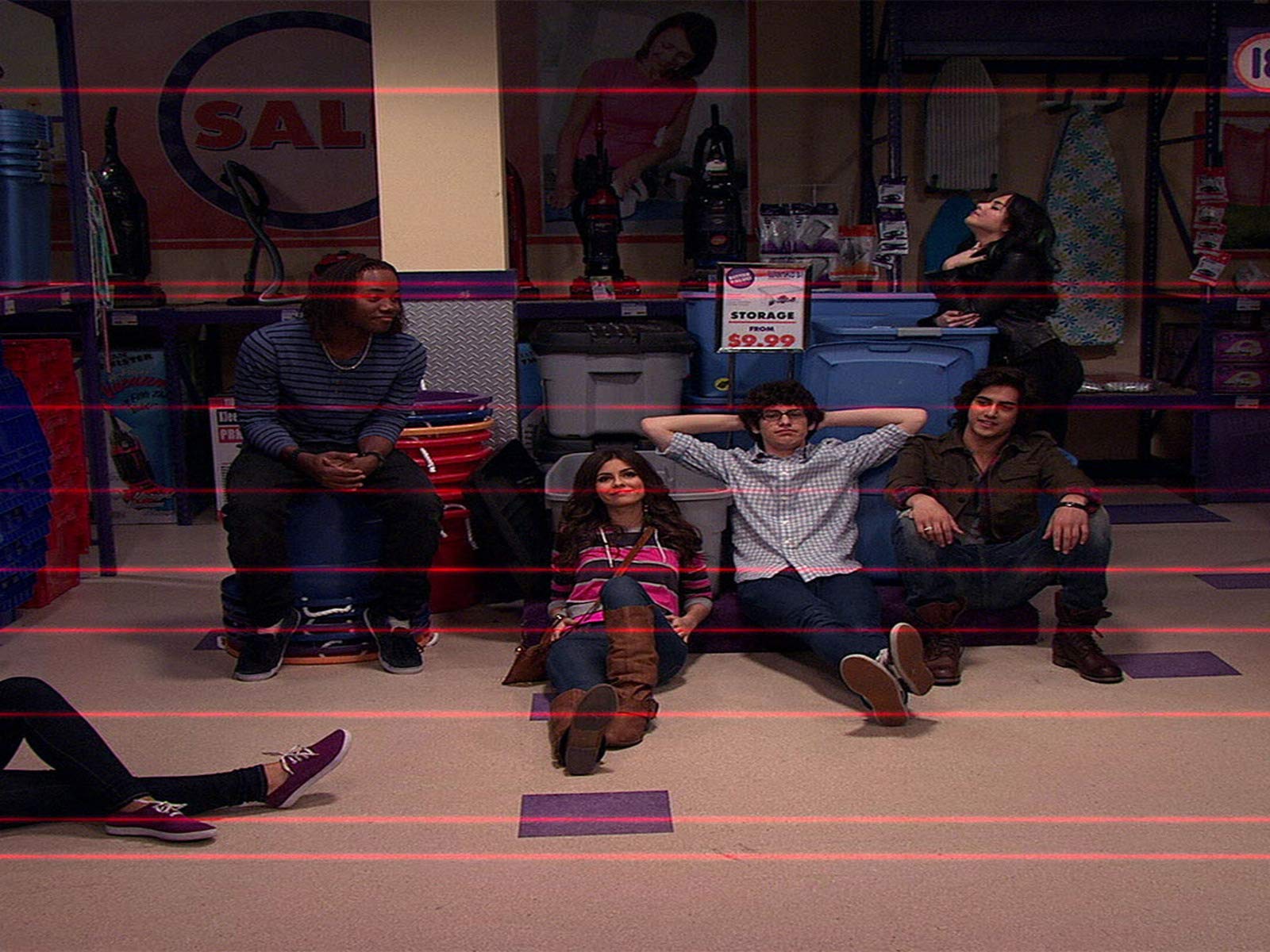 Victorious was pretty on point with its jokes. In one episode, the gang ends up getting trapped in a store overnight. They really needed someone who was flat to slide under all the lasers- and it was at this point that Jade and Trina took a step back, which was a joke about them having erm, more generous boobs than the others. 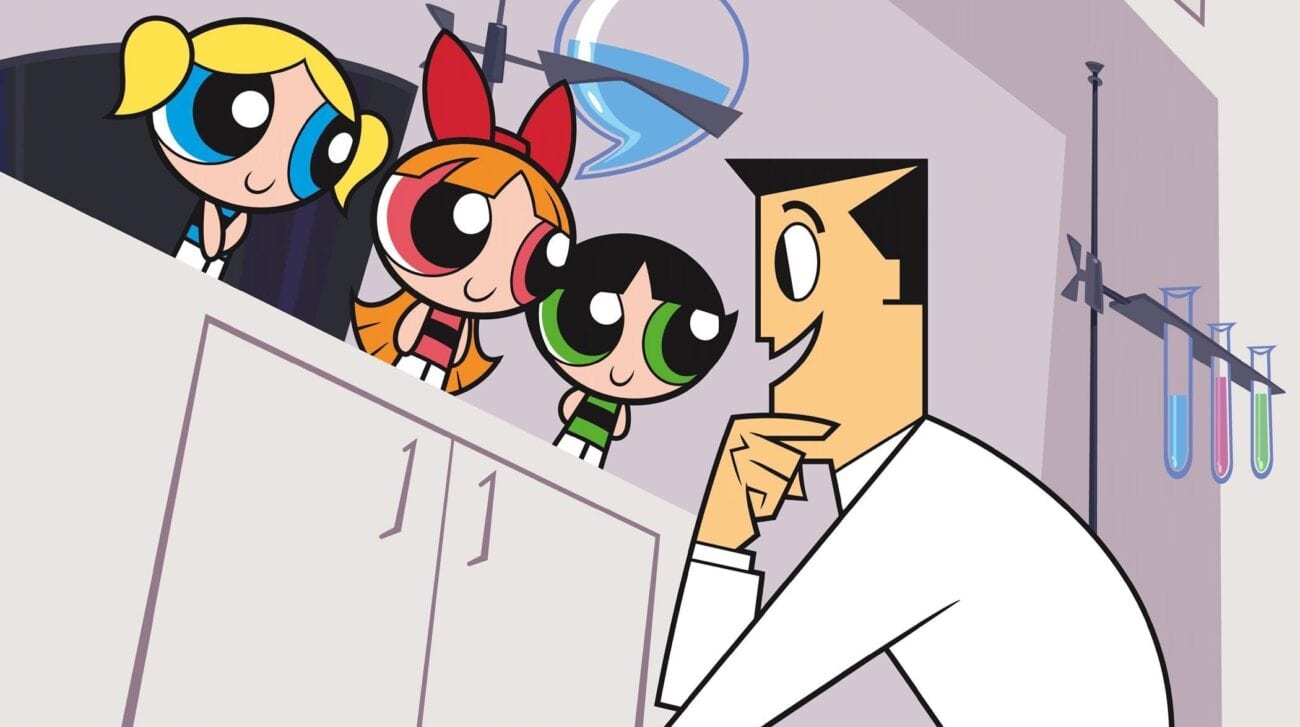 We now know why our family loved Powerpuff Girls so much! In one episode where the gang brings a friend over, there was an adult joke that kids will have missed. Bubbles explains that the professor had made them by accident in his laboratory. The professor says, “Well, what can I say?” The friend then says, “Don’t worry professor, I was an accident, too”- which definitely shocks the professor… 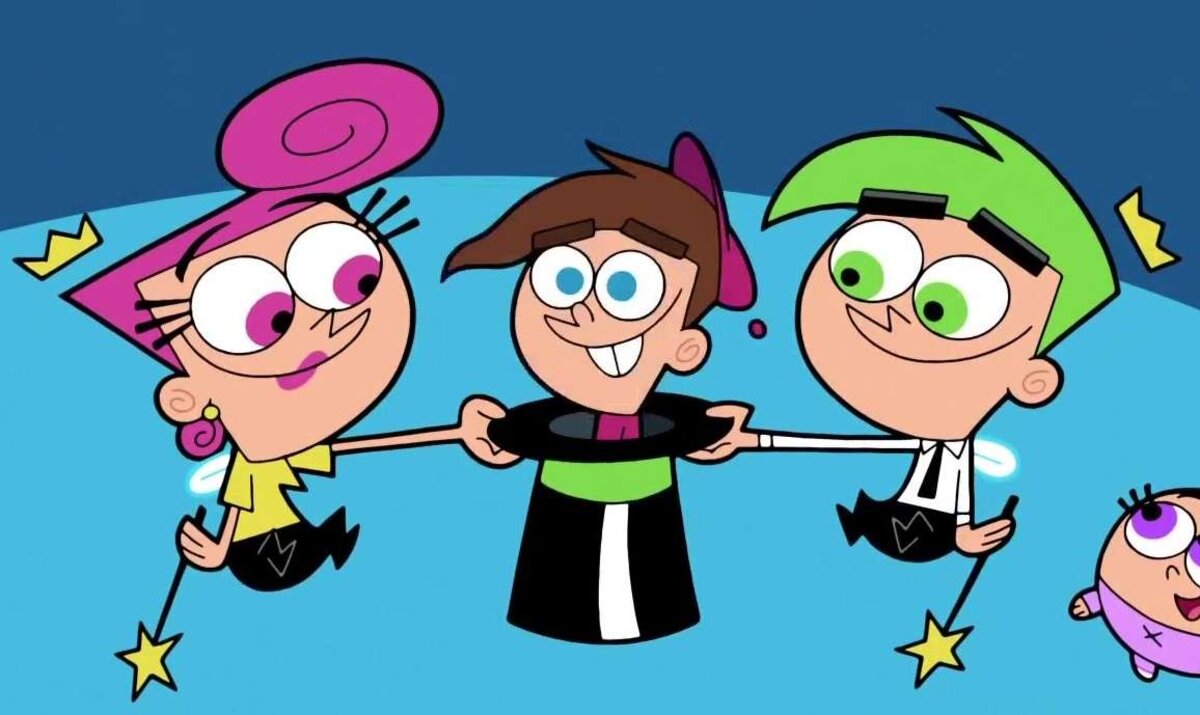 There were a LOT of naughty jokes in Fairly Odd Parents, but this one stands out. There was an episode where Timmy was feeling all the pangs of teenage hormones, and holds out a huge was of paper towels. He then tells Cosmo and Wanda: “I’m just going to take these towels up to my room alone, so don’t bother me.”

21. The Flinstones wasn’t supposed to be a kids’ TV show 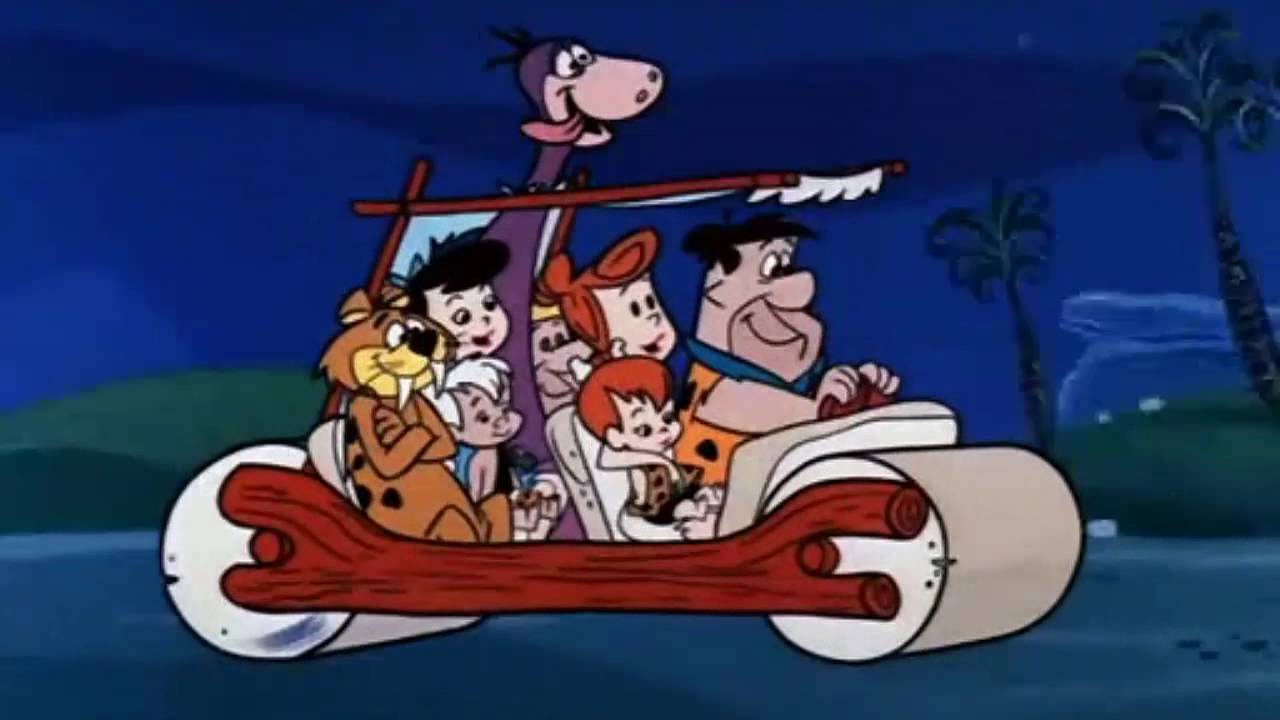 It might be one of the most popular kids’ TV shows ever made, but it turns out, it wasn’t originally intended for children. It was aimed at adults- and used to promote cigarettes! Characters were seen having regular cigarette breaks during the show, and would also enjoy products like Welch’s Grape Jelly and antacids.

22. The hidden origin of Penguinese in Pingu 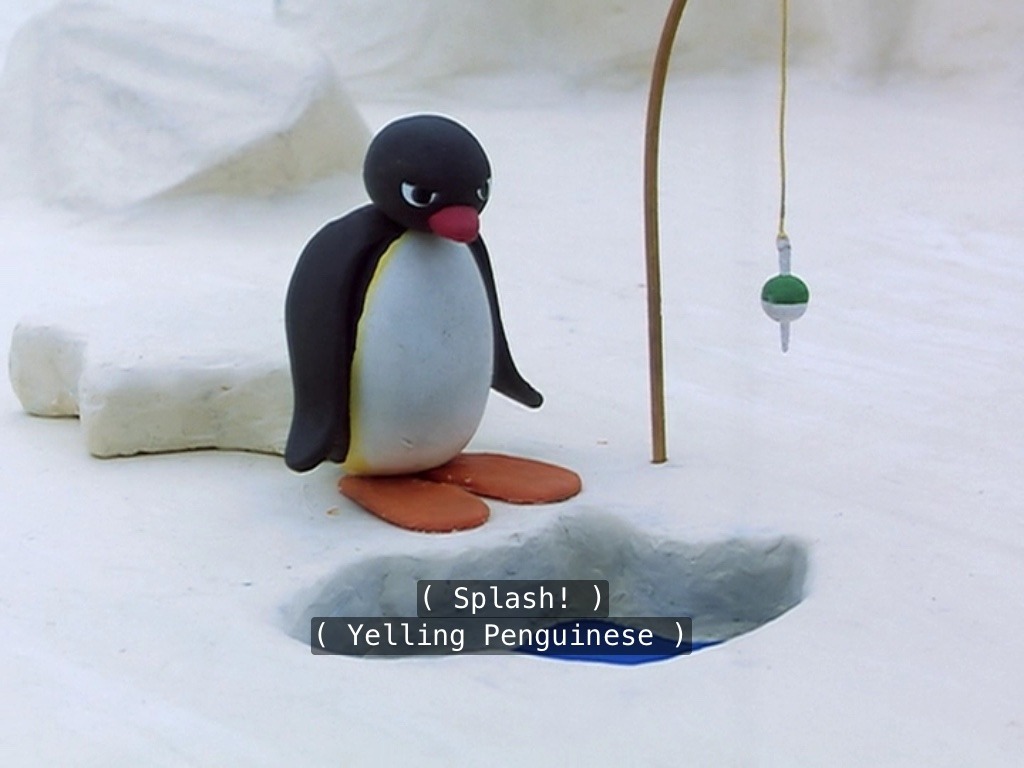 A lot of people have been trying to get to grips with Penguinese on Pingu over the years, but the show’s creator confirmed the language is gibberish. However, it also turns out this language is actually a plan on a language he used earlier in his career- clown language! This is also known as Grammelot, which is centuries old.

23. Smurfette’s secret in The Smurfs 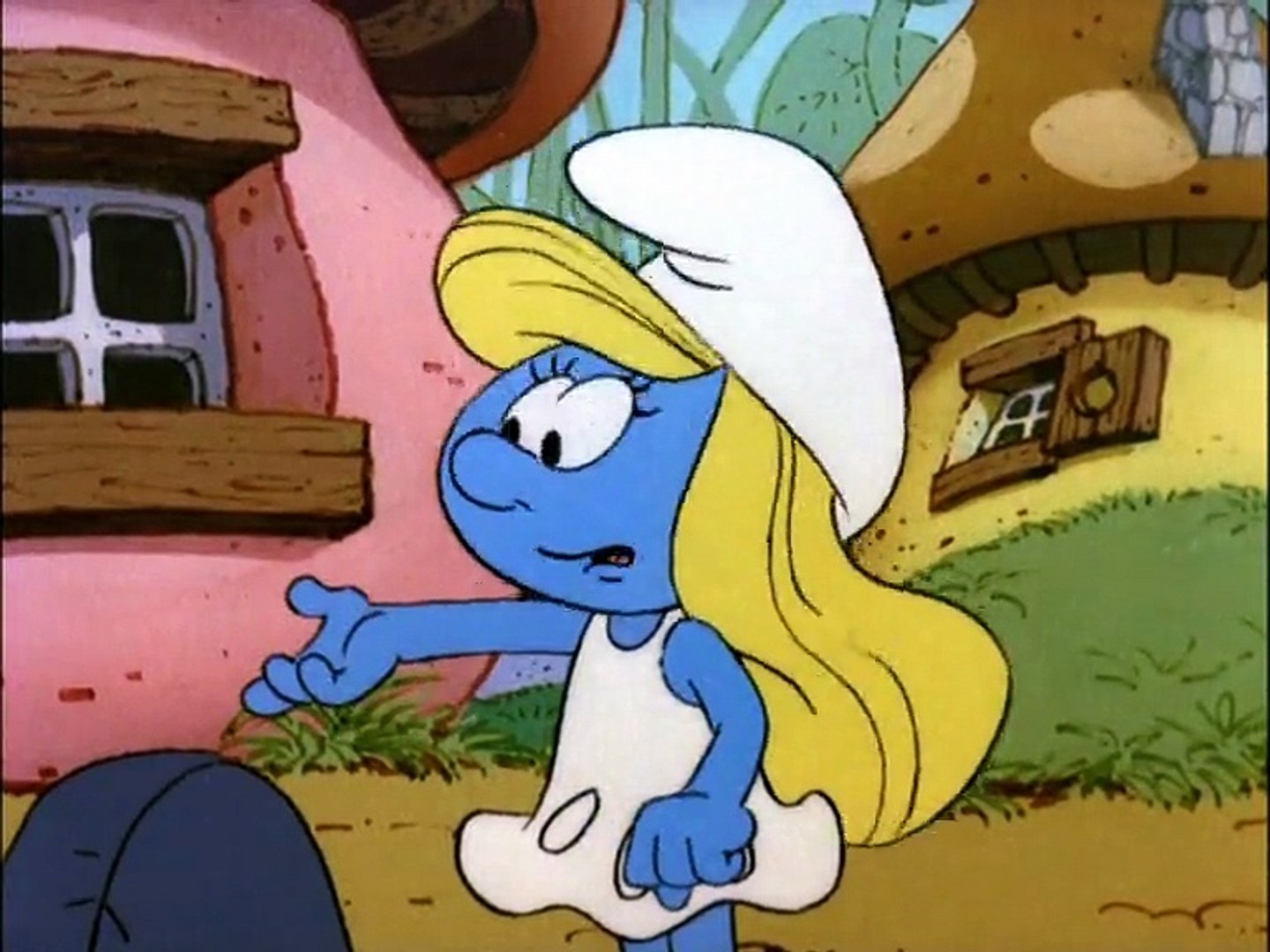 A lot of the show’s fans know that Smurfette was created by Gargamel and sent into the Smurf village as a spy. After she was eventually accepted into the village, she was never really treated well, and the show was labelled as misogynistic. And it seems that this was down to the show’s creator Peyo, who was NOT a fan of Smurfette… he was forced to create Smurfette by merchandisers who wanted to expand the brand.

24. The evolution of Arthur 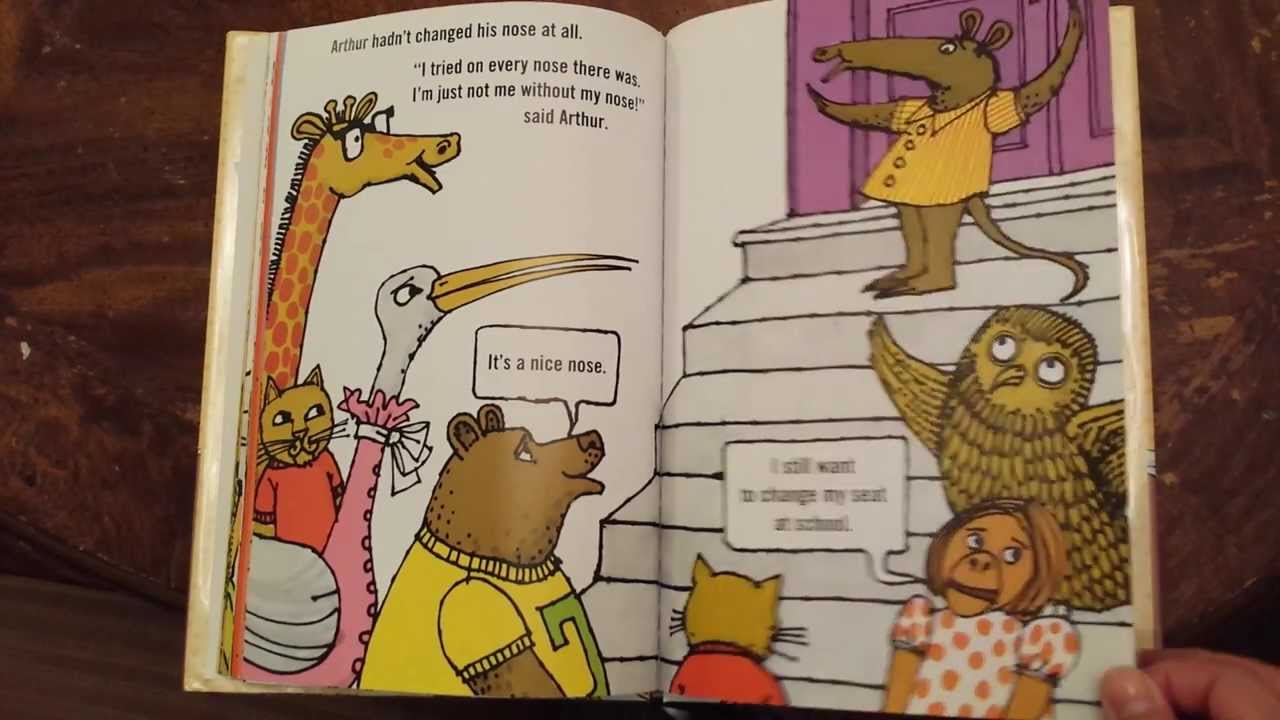 Before the hit TV show, Arthur actually had a much longer nose. Arthur’s creator Marc Brown started out by publishing the Arthur Adventure books, and they were then adapted into a cartoon. In these early books, Arthur had a much longer nose. But his nose gradually shrunk in the cartoon until he became what we know him as today!

25. Why Bob the Builder had to be changed in Japan 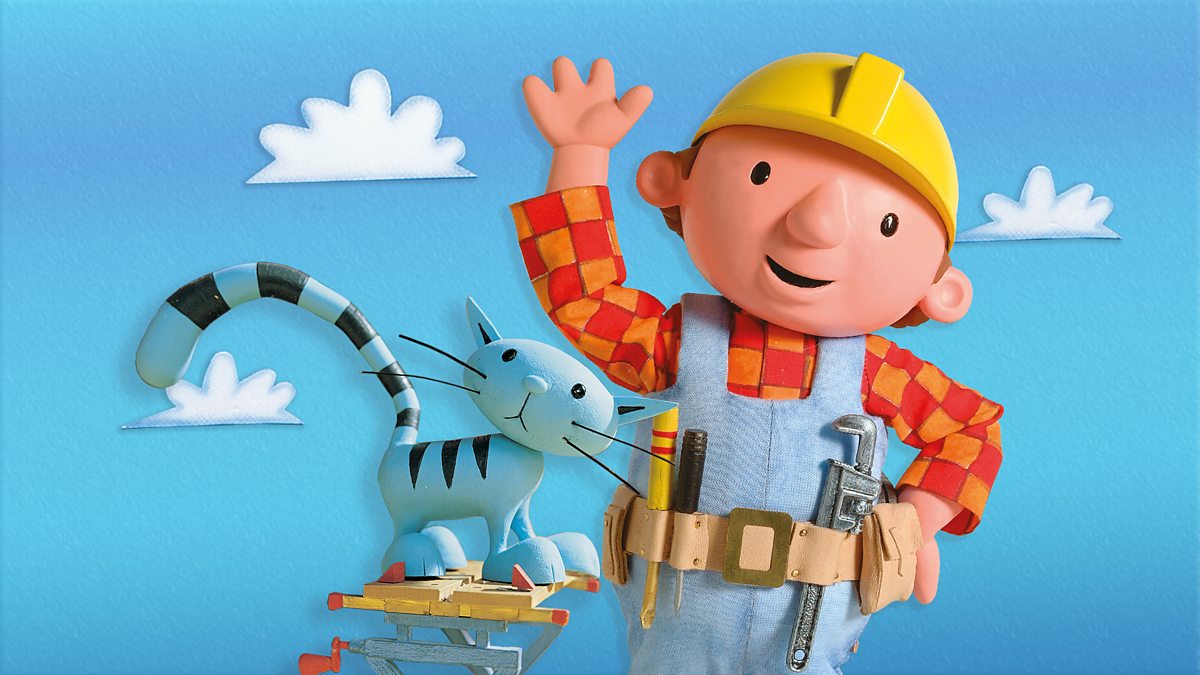 Did you know that Bob the Builder had to be adapted to be shown in Japan? The popular character’s hands had just four fingers, which is apparently easier to draw than five. However, Japanese networks insisted that Bob needed five fingers on TV because the Japanese Yakuza (a criminal organization) would sometimes ask members amputate their pinky fingers to show solidarity.

26. Bill Nye the Science Guy isn’t as smart as you might think 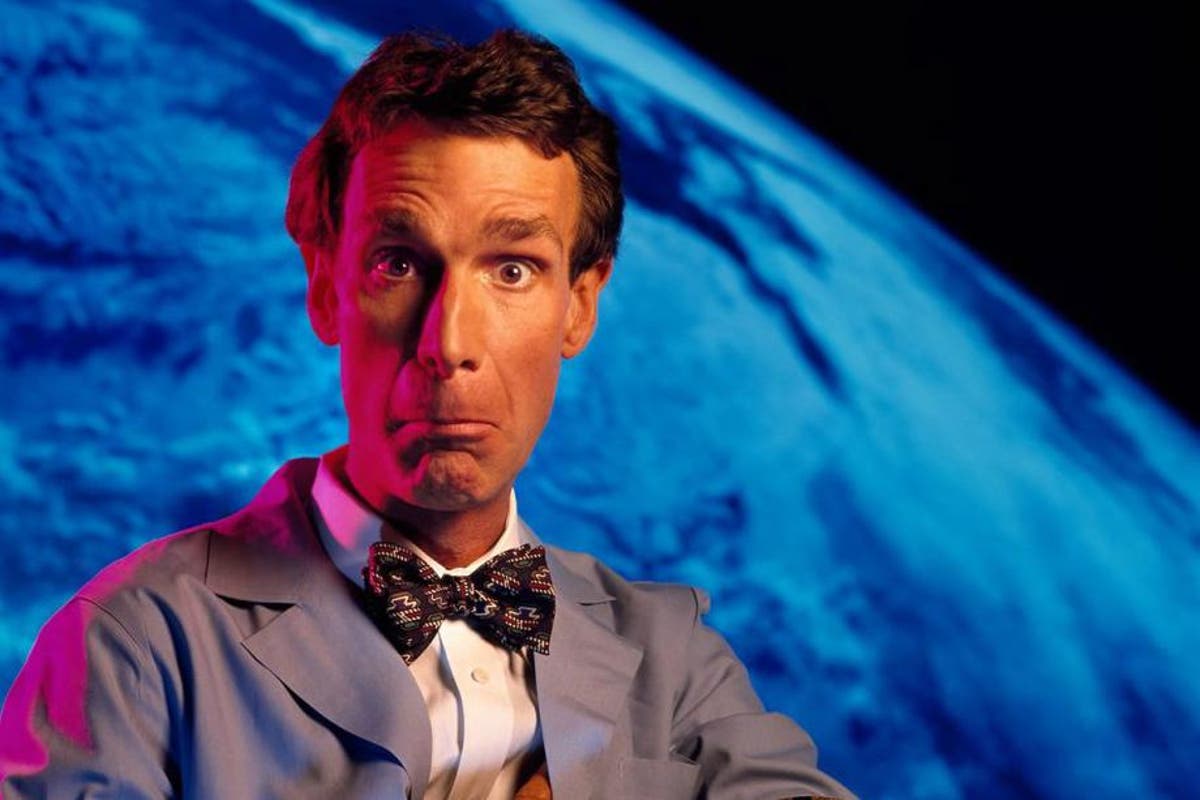 To make it clear- Bill Nye is still a top educator. But contrary to popular belief, he doesn’t actually have a masters or a doctorate. Bill has a Bachelor of Science in Engineering, and only holds honorary degrees. He’s also worked for Boeing over the years, so it’s clear he’s still pretty smart- even if he doesn’t have tons of college degrees! 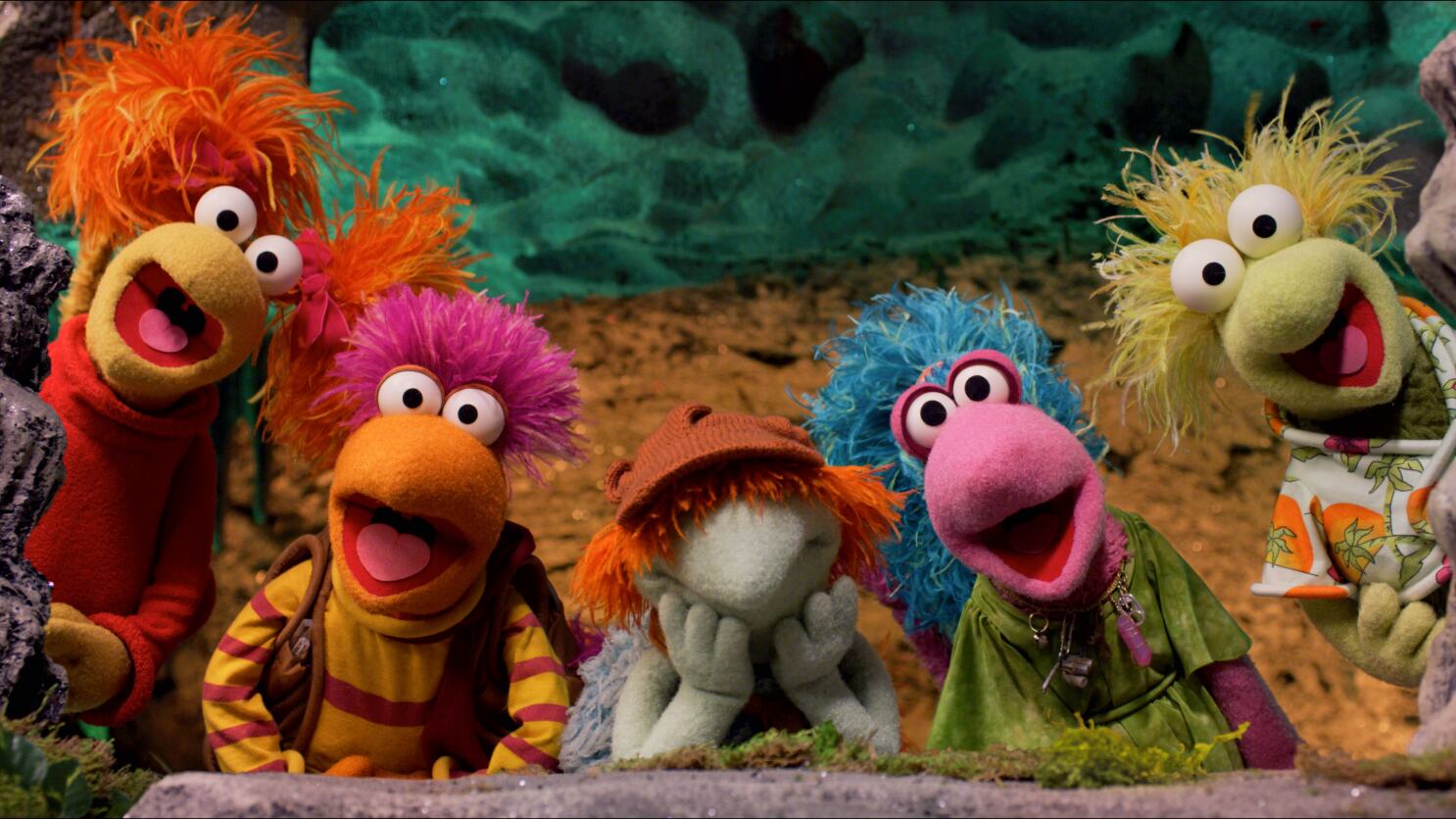 You might not have noticed it at the time, but Fraggle Rock was all about diversity. The show’s creators never openly stated this was the case, but they wanted to bring together three species of characters – the Gorgs, the Doozers and the Fraggles- to live together in harmony. These different characters didn’t speak the same language and had to learn how to communicate, which showed young viewers that differences can be overcome. 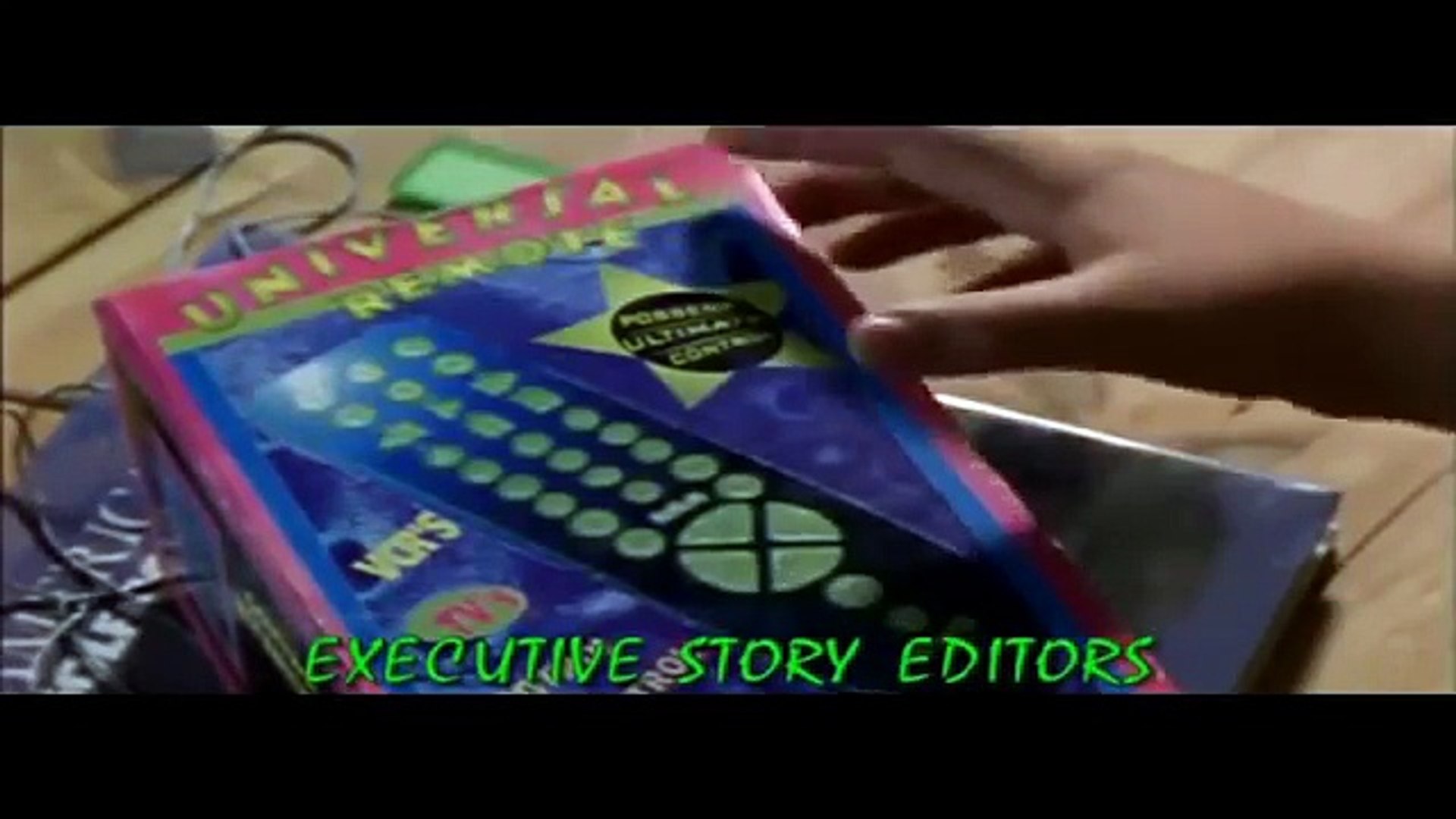 If you were an avid viewer of Goosebumps back in the day, you’ll have picked up on where the movie Click comes from! There was an episode which saw young character Seth order a remote control, and he soon discovers he can fast forward, rewind and pause his life. This was the inspiration for the Adam Sandler movie that later arrived in 2006.

29. Why Mr Rogers fed his fish 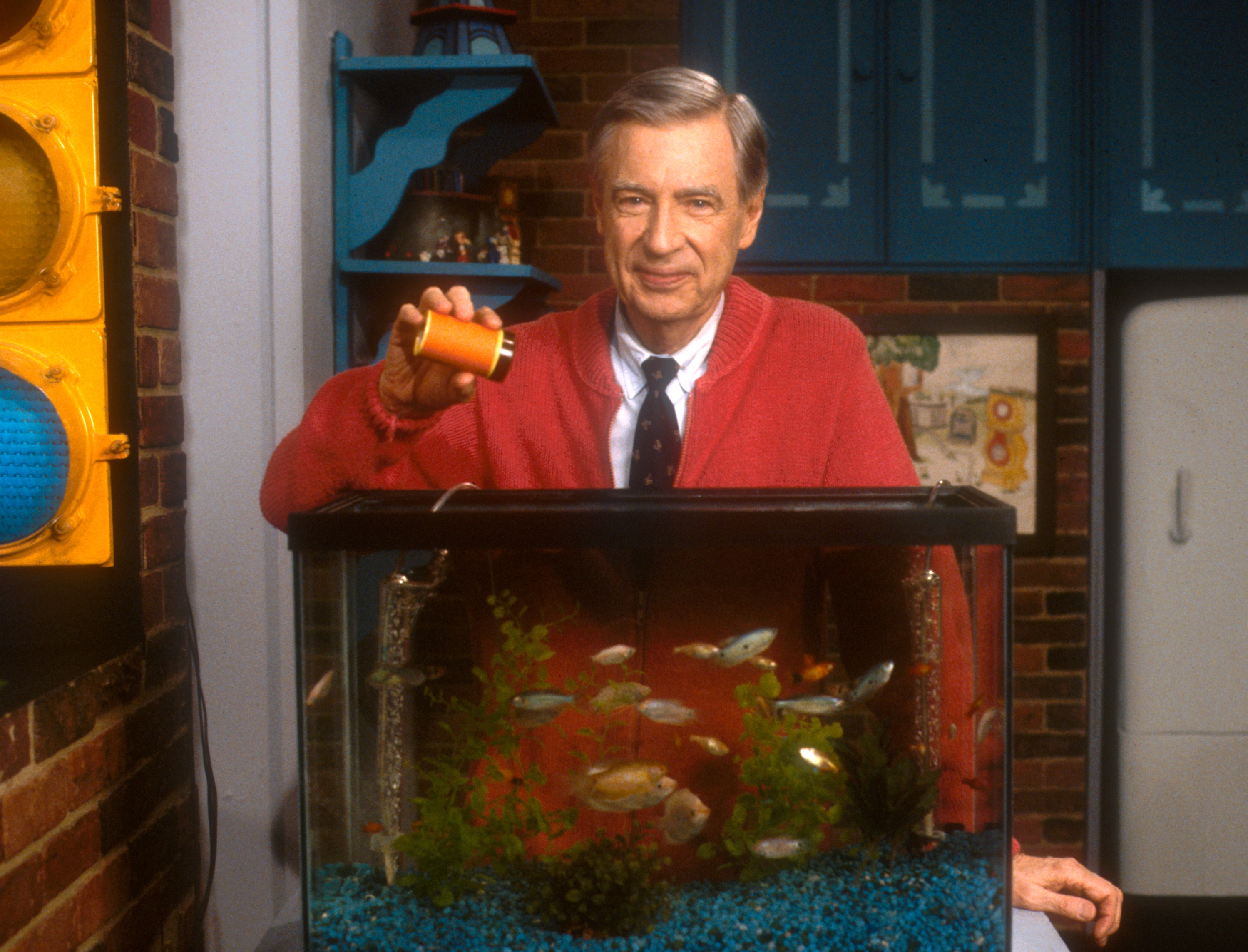 Donald Duck is pretty irrational- and there’s a theory that he actually has Post-Traumatic Stress Disorder. Apparently this is down to his time as a WWII paratrooper, which he has flashbacks to fairly regularly. He also struggles to interact with others, and can’t quite seem to open up about his experiences. We feel bad for him!