The late Queen performed a sketch alongside one of the most famous bears: Paddington! In the sketch, the queen pulls out a marmalade sandwich from her bag, leading to people leaving marmalade sandwiches at her tribute garden across from Buckingham Palace. Unfortunately, wellwishers had to be asked to stop due to the impact of the sandwich overload on wildlife. 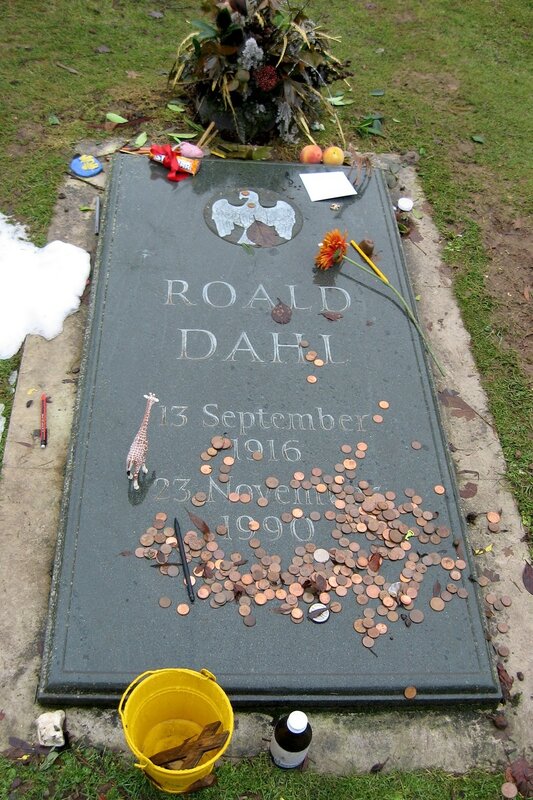 Roald Dahl was always considered quite eccentric due to the idea behind his amazing children’s stories, so it’s no surprise something quite random might be left on his grave. Apparently his favourite vegetable was the onion – so his grave has seen many being left on there! 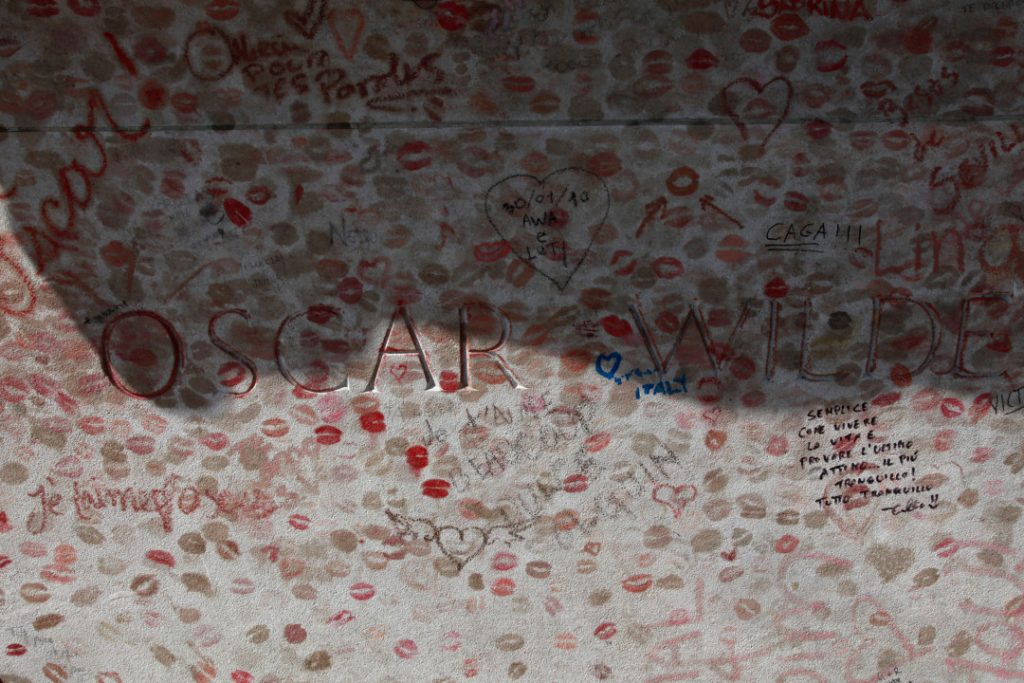 The famous poet and playwright Oscar Wilde died in Paris, and his grave lies in Père Lachaise Cemetery, where many fans of his have left something very specific on his grave over the years: kisses! The grave is covered in lipstick marks, due to Wilde once writing, “A kiss may ruin a human life”. 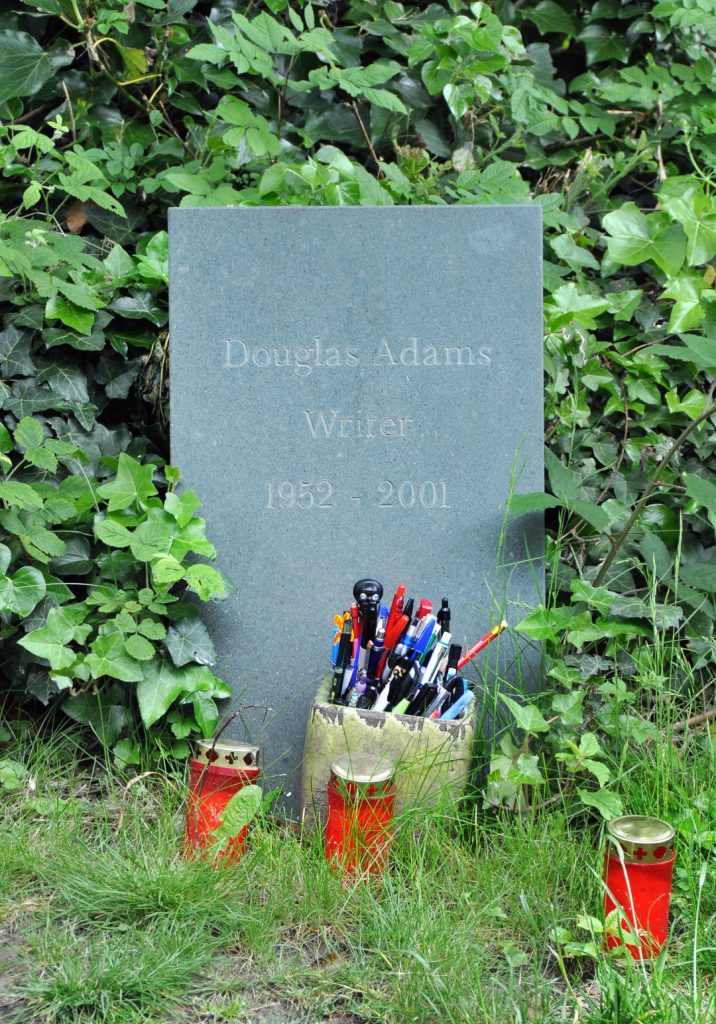 Douglas Adams was the amazing brain behind ‘The Hitchhiker’s Guide to the Galaxy’, and in it he wrote about a planet of ballpoint life forms. Following his death, fans then took to leaving blue ballpoint pens on his grave as tribute. 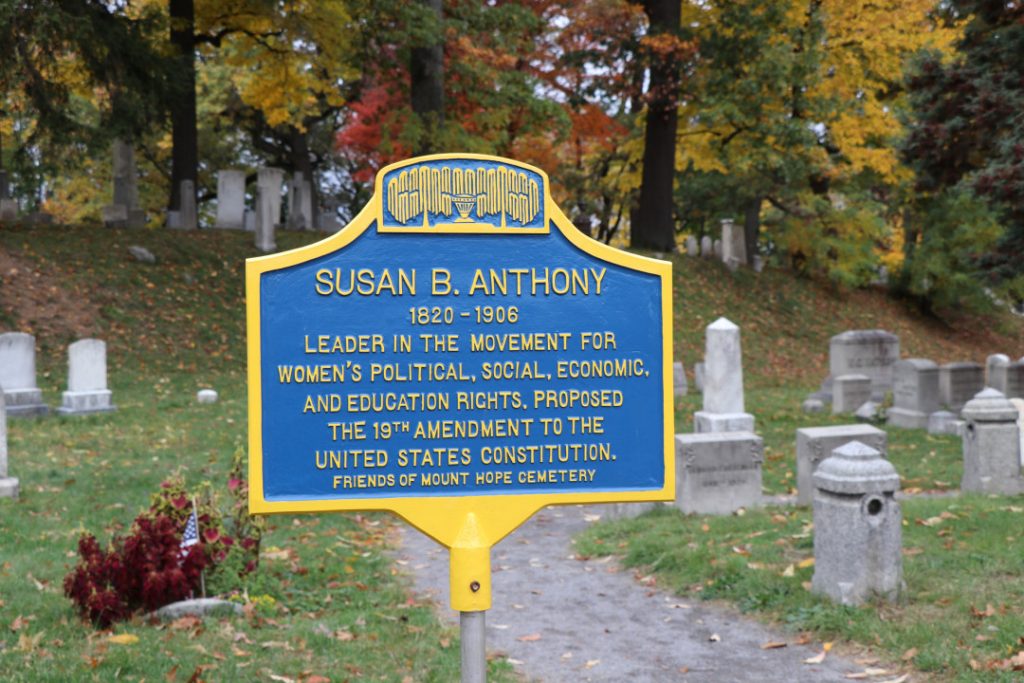 Susan B. Anthony was an important figure in the suffrage movement and a key advocate for women’s rights. At her grave, you could find “I voted” stickers on Election Day in her memory. Unfortunately, the tribute had to end when officials had to protect her tombstone from the glue of the stickers. A shield was placed over it – but now people just put the stickers on the shield instead.

6. Victor Noir: A Rub Of His Privates 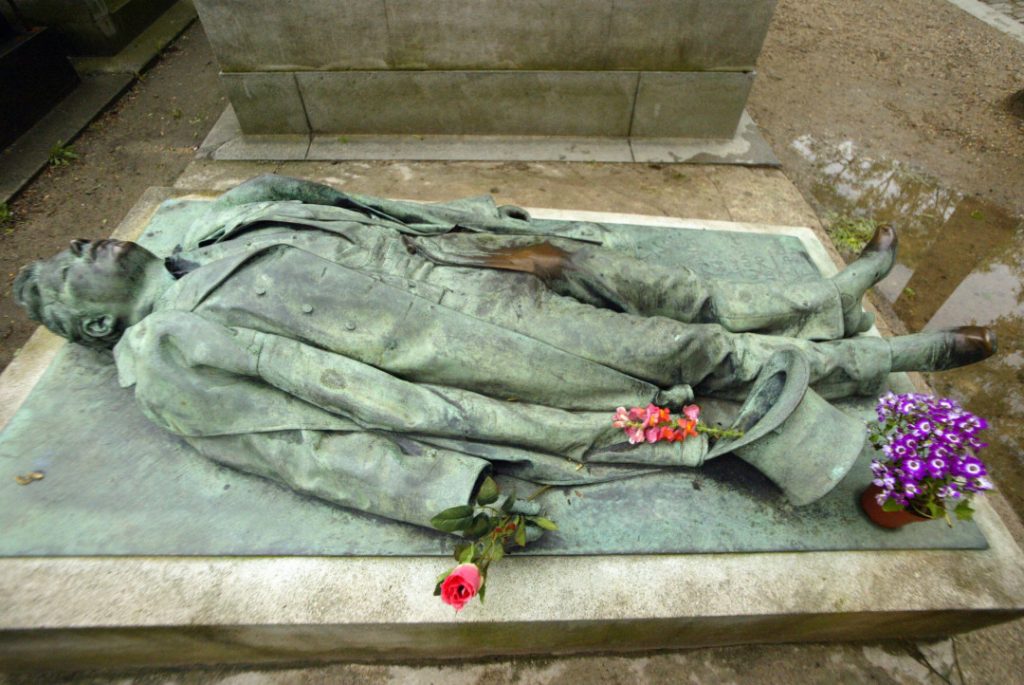 Just like Oscar Wilde, Victor Noir is buried in the Père Lachaise Cemetery. In life, he was a French journalist whose death came about due to the cousin of Emperor Napoleon Bonaparte III. He then became a symbol against the imperial regime. In his memory, people would either kiss or rub his tomb sculpture – in particular, rub his private parts! 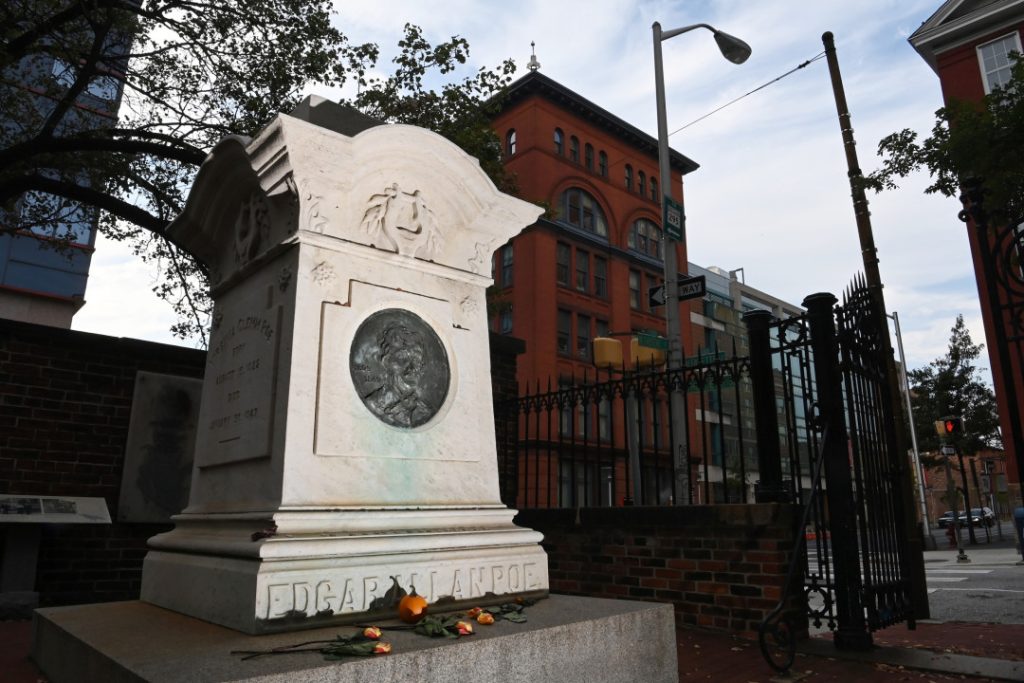 Edgar Allen Poe, the famous writer, was buried in Baltimore, Maryland, where – 100 years after his death – an unknown person dubbed the ‘Poe Toaster’ began to appear at his grave to toast and drink in Poe’s memory. Every year, the Toaster would come to the grave and leave three red roses and half a bottle of cognac. 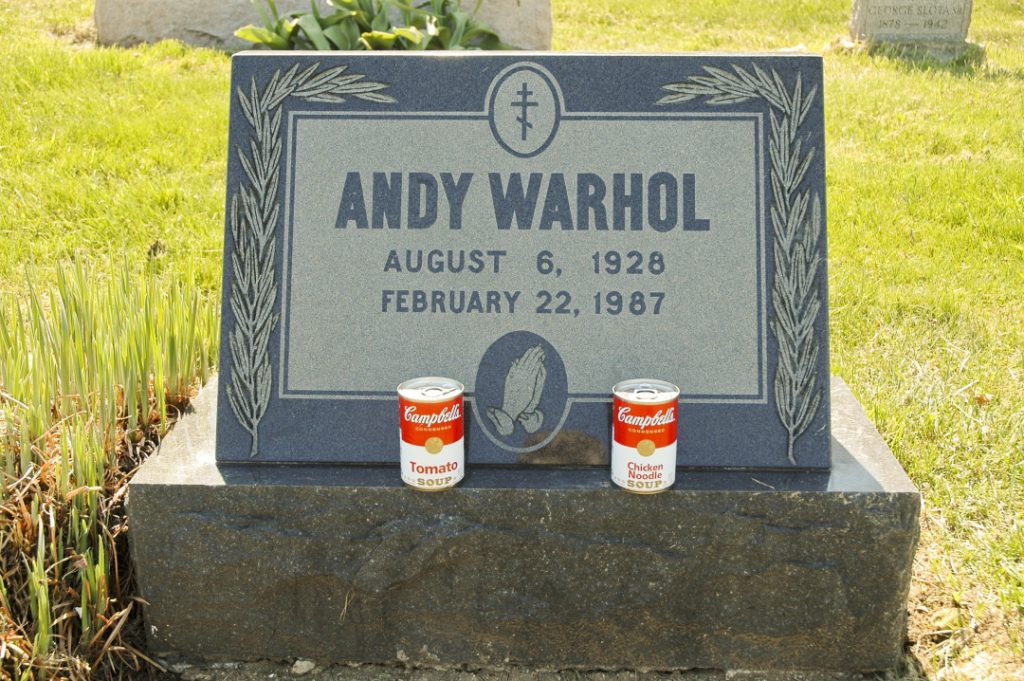 The iconic artist Andy Warhol is buried in Pennsylvania, where his grave has seen fans of his leaving tributes to his distinct artworks, including Campbell soup cans and Coca-Cola bottles in references to his most famous pieces. 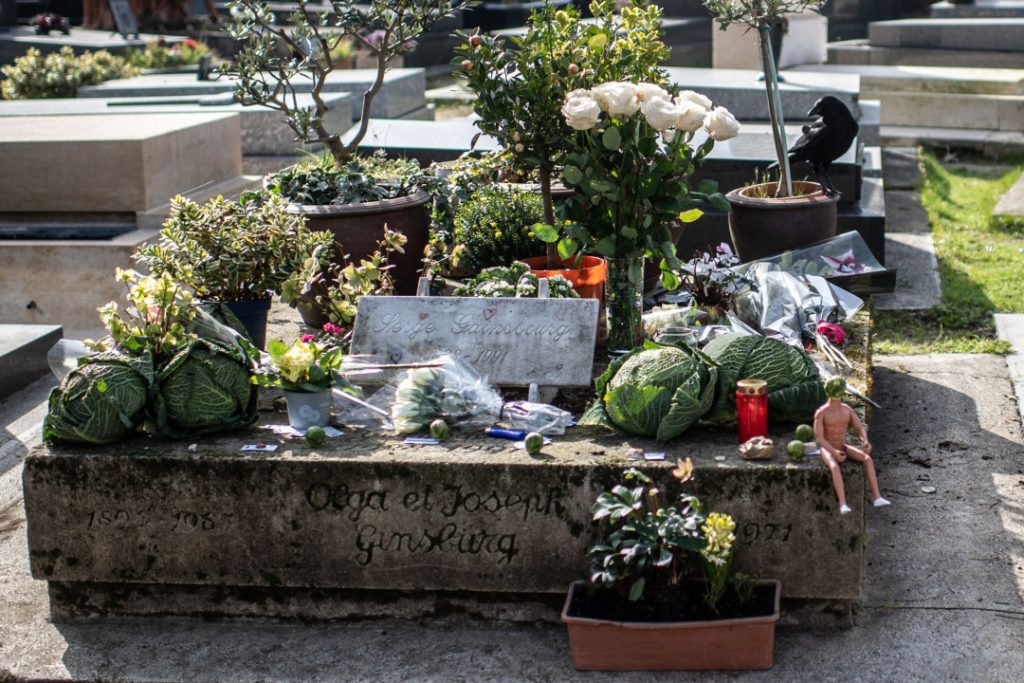 Serge Gainsbourg was a French musician who actually became the face of French pop before he died back in 1991. His album named ‘The Man with the Cabbage Head’ has led fans of his to leave cabbage on his gravesite. 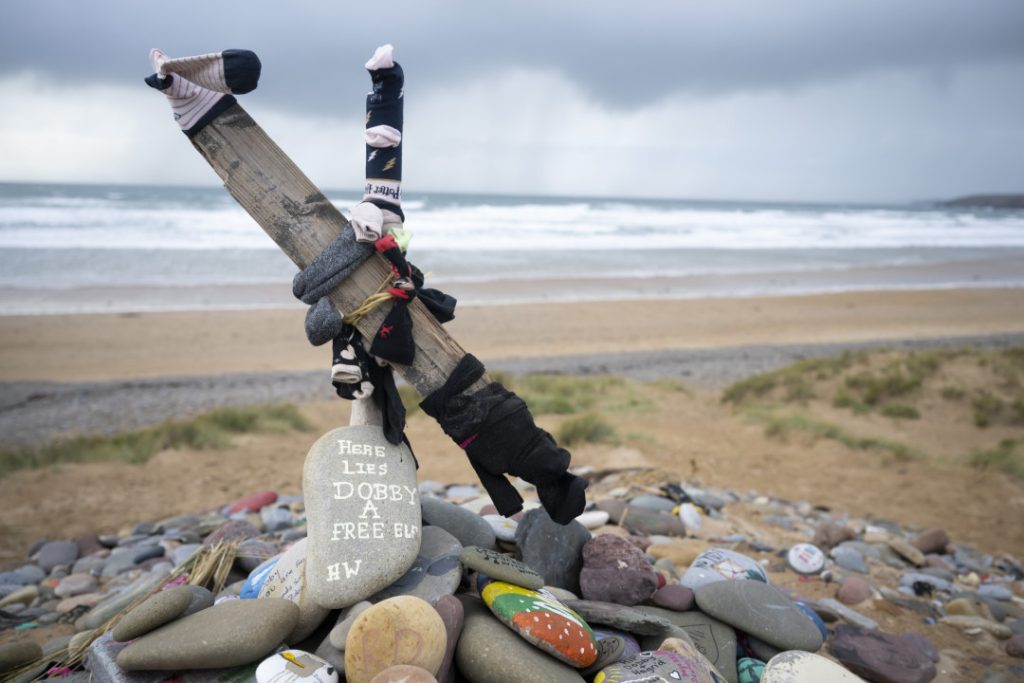 The beloved house elf from the Harry Potter franchise was famous for a couple of things: his loyalty, his bravery and his love of socks. Fans of the Harry Potter books and movies actually made a grave for the house elf at the site of his death scene, and leave socks there in tribute. The National Trust was later forced to ask people not to leave any more due to the environmental concerns for the beach. 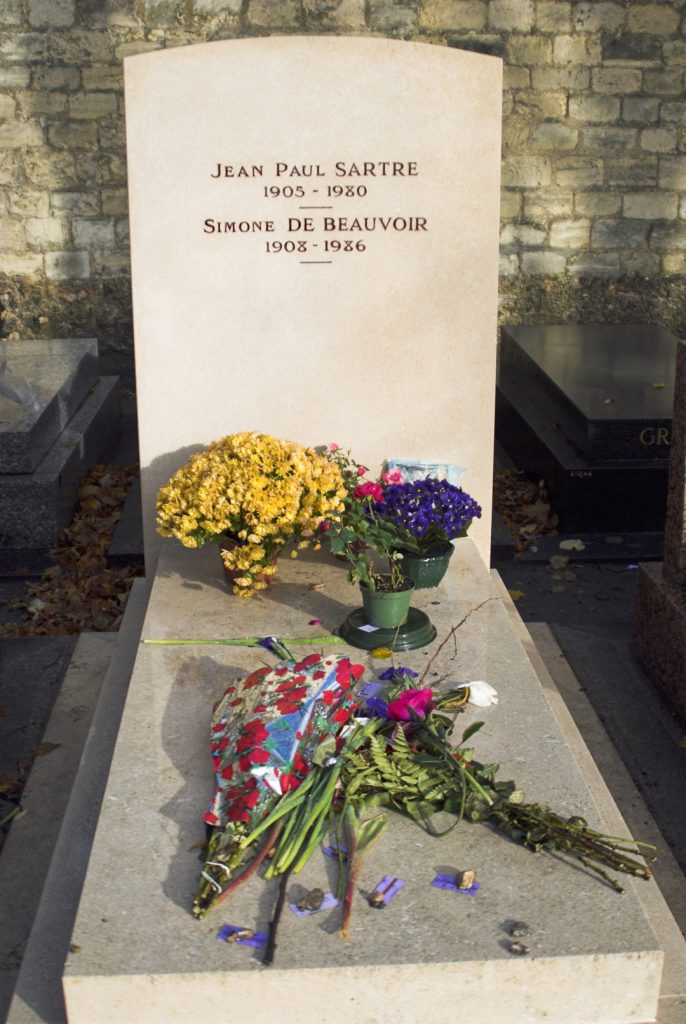 Jean-Paul Sartre and Simone de Beauvoir were a team of philosophers, writers and activists. Together in life, they were also buried together in Paris. On their graves, you can often find metro tickets. It’s not clear the meaning behind the gesture, but some say that its honour of the pair stealing metro tickets to give them to the working class for free. 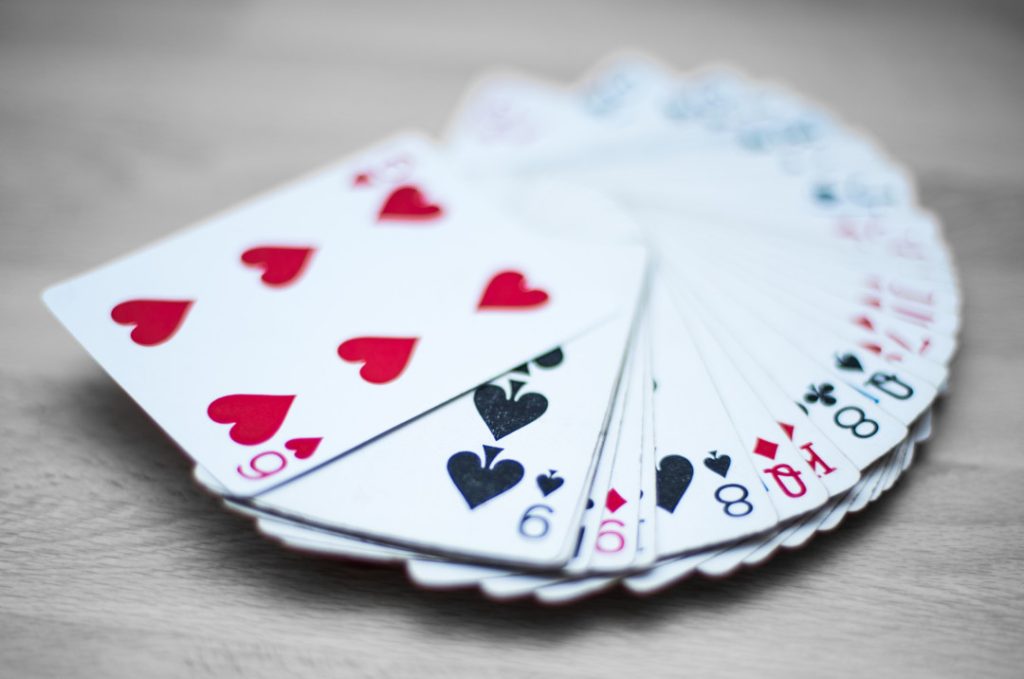 Harry Houdini is of course a famous name in the world of illusions and escape acts, so it’s only fitting something related would be left on his grave. At his burial site in New York, fans leave many kind of tributes, including decks of cards (or even individual cards). 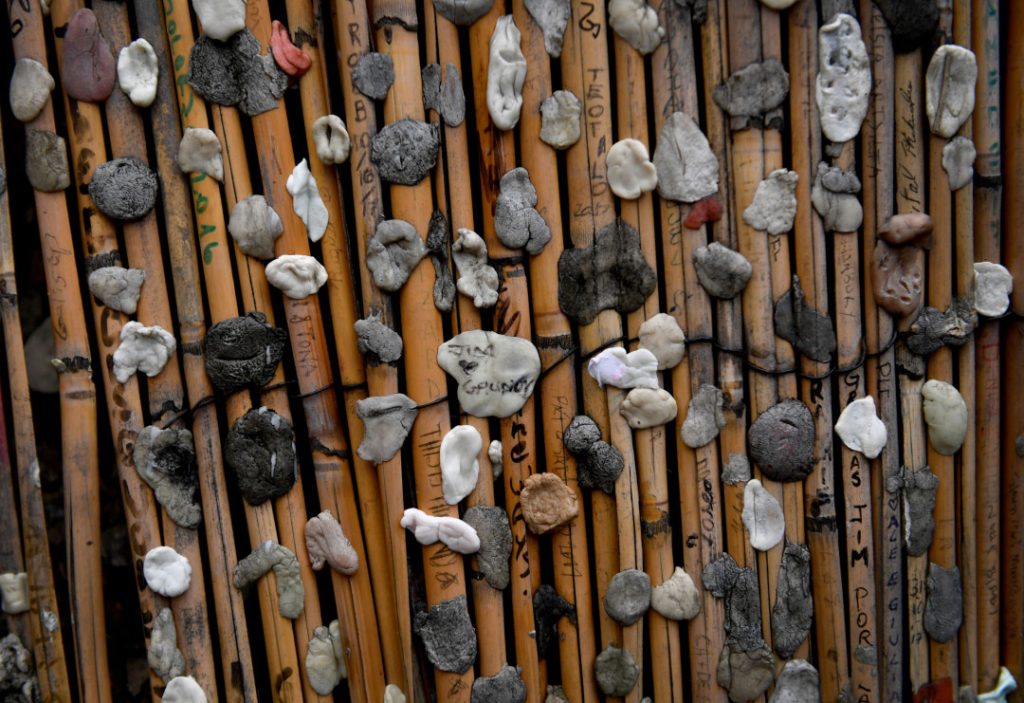 This many seem a little disrespectful, but it’s theorised that people leave the chewing gum in honour of Morrison’s own rebellious nature against authority. The grave of Jim Morrison, singer of The Doors, sees many fans flocking to it in his memory. 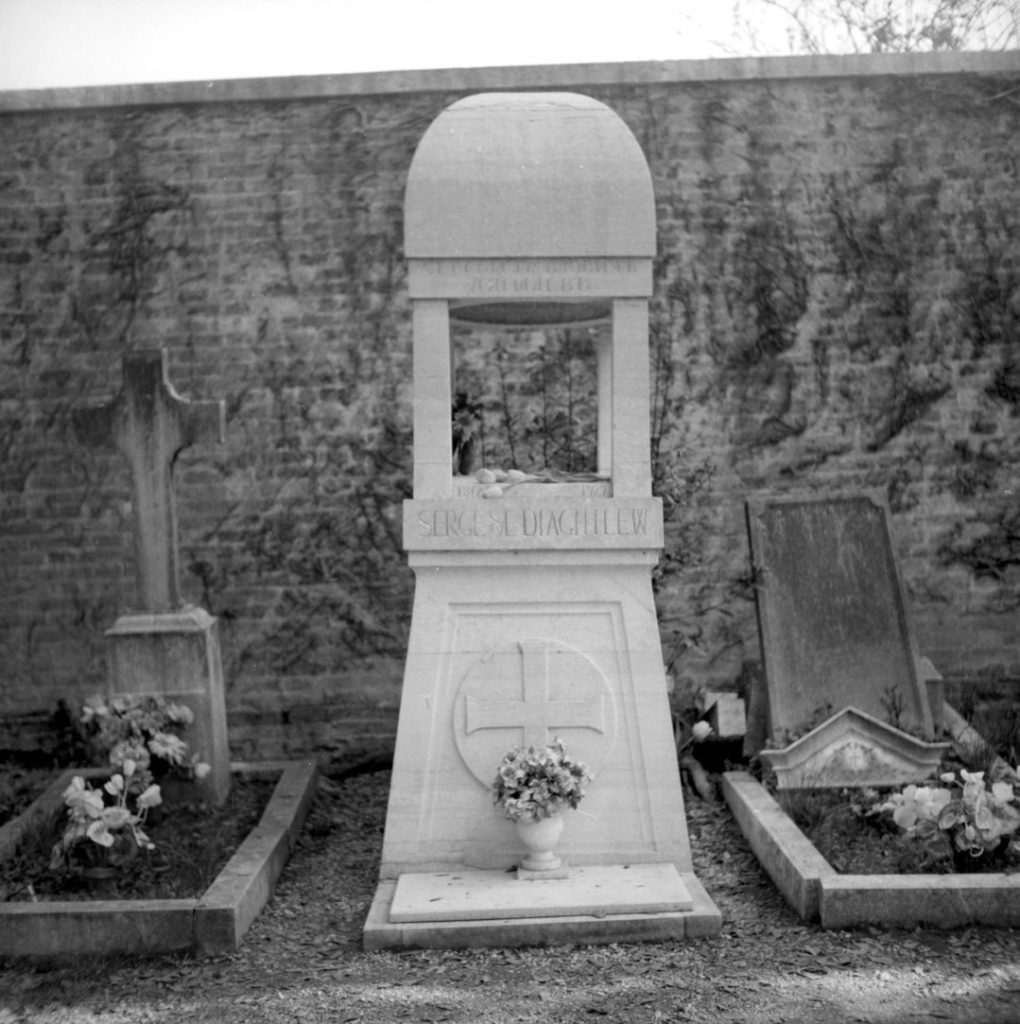 In the world of dance, and particularly ballet, Sergei Diaghilev was a very influential art critic. He’s responsible for setting up the Ballets Russes in Paris in the 1900s, as well as reviving ballet in Europe as well as Russia. It makes sense then that people who visit his tomb choose to leave pointe shoes in his memory! 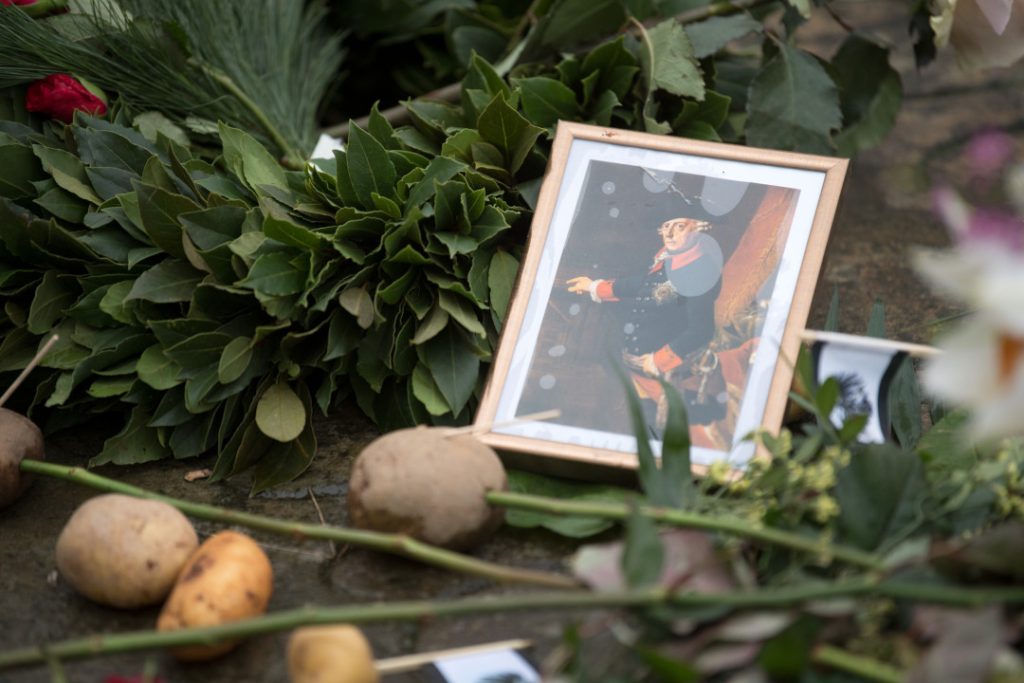 Frederick the Great – also the King of Prussia from 1740 to 1786 – was known for being a military leader and a patron of the arts, but he was also known for trying to introduce the potato to Prussia. For this reason, people honour his memory by leaving taters on his grave in Germany!

Miss Baker was actually a squirrel monkey, famed for being one of the first animals to go to space and survive. After spending 16 minutes in space with another monkey, Miss Baker went on to live her life until 1984, when she was buried by the US Space and Rocket Center in Alabama. Visitors to her grave leave bananas in her memory. 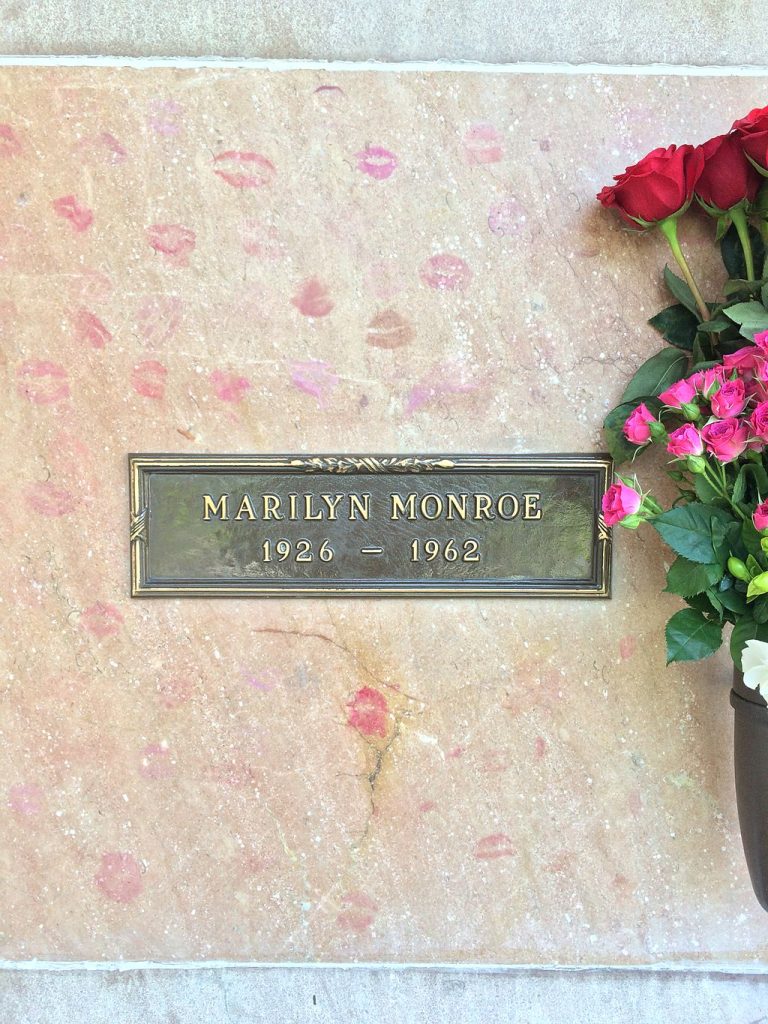 Marilyn Monroe’s crypt is bound to draw a lot of attention from her fans, not least from her ex husband who had red roses delivered on a regular basis. You can find her crypt covered in lipstick kisses from her diehard supporters, as well as other gifts and cuddly toys. 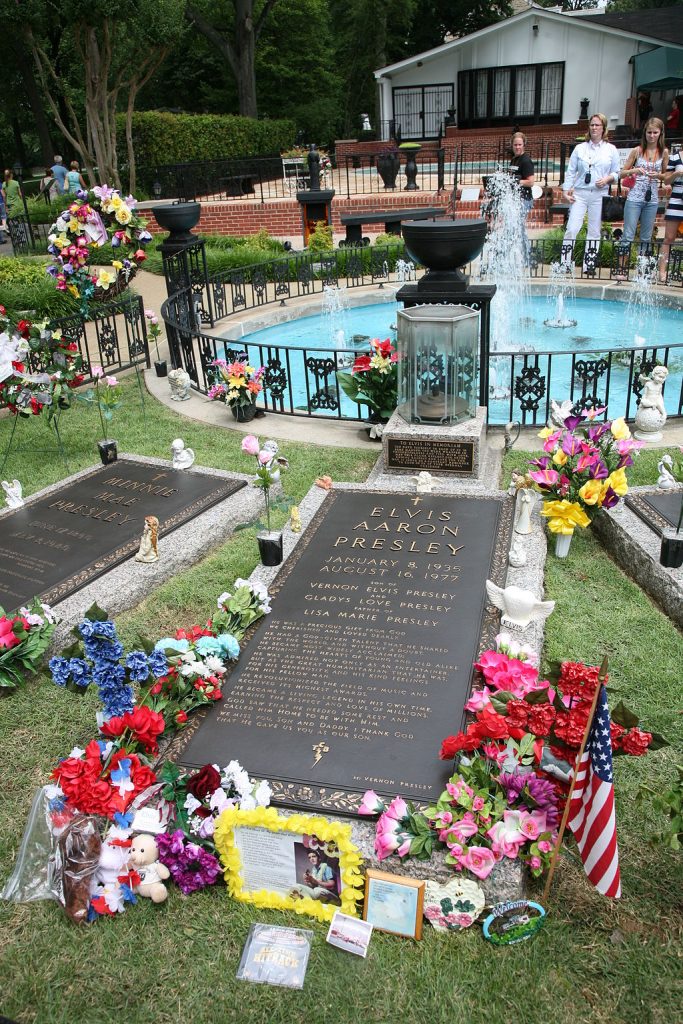 The King of Rock and Roll has seen a swarm of fans heading over not only to his grave, but his Graceland museum home. Around 600,000 people visit every single year, so you can imagine the amount of things left on his grave (i.e. clutter). A lot of fans will leave stuffed animals on his grave, as well as American flags and photos of Elvis.

19. Rudolph Valentino: The Lady In Black

The Lady in Black, just like the Poe Toaster, is a mysterious figure who would visit the grave of Rudolph Valentino, a famous Italian actor, for 50 years following his death to leave roses on his grave. It was later believed she was a vaudeville dancer after a trunk of diaries was found, along with a black veil. 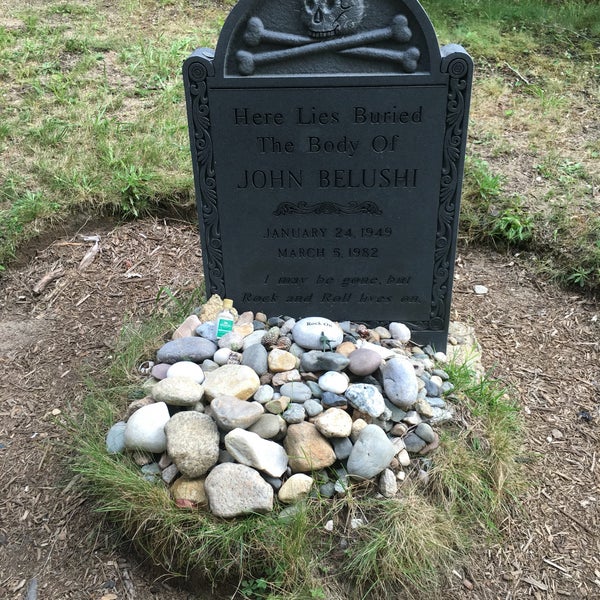 The litter that was left at John Belushi’s grave wasn’t out of direct disrespect, but it was disrespectful all the same! Fans would go to Belushi’s grave in his memory to party and also decorate his shrine, but the litter they left behind caused a big problem for his grave. Eventually, Belushi’s wife had to move his grave and un-mark it because it was such a mess.

Ian Curtis, the singer of the band Joy Division, didn’t have fans leave things at his gravestone – he had them steal his entire gravestone instead! Nobody had secured the headstone down, so someone actually stole it. And that wasn’t even the end of it – years later, a different piece of the grave was stolen!

Christopher Columbus didn’t seem to be in one place long enough for people to come and pay their respects and leave random gifts. He was moved from where he was originally buried, then re-buried, then dug up again before his body made a round trip back to Spain where he was originally buried. It was later found that a box of bones might have been missed on his return, and it ended up turning into a tourist attraction – even if it wasn’t certain the bones were his!

It wasn’t enough for fans of Chaplin’s to just visit his grave – they had to steal his body! Whether the people responsible were actually fans or not-so-much-a-fan is unclear, but in one of the most famous grave-robbing episodes in history, Chaplin was dug up and then reburied in a cornfield while the robbers tried to negotiate before being caught.

24. Simon Bolivar: A Fan Wanted To Dig Him Up 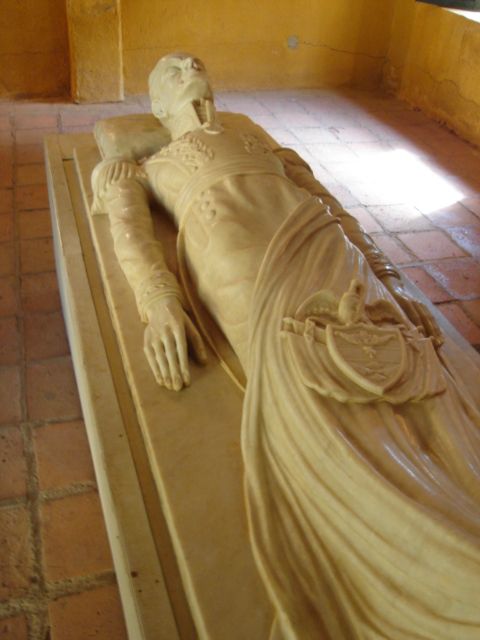 This time, it was definitely a fan who wanted to dig up Simon Bolivar – and he succeeded. President Hugo Chavez wanted Bolivar (a military and political leader) to be exhumed so that he could prove that he was poisoned – but it was more likely he just wanted to see the body of a man he admired. And that he did. 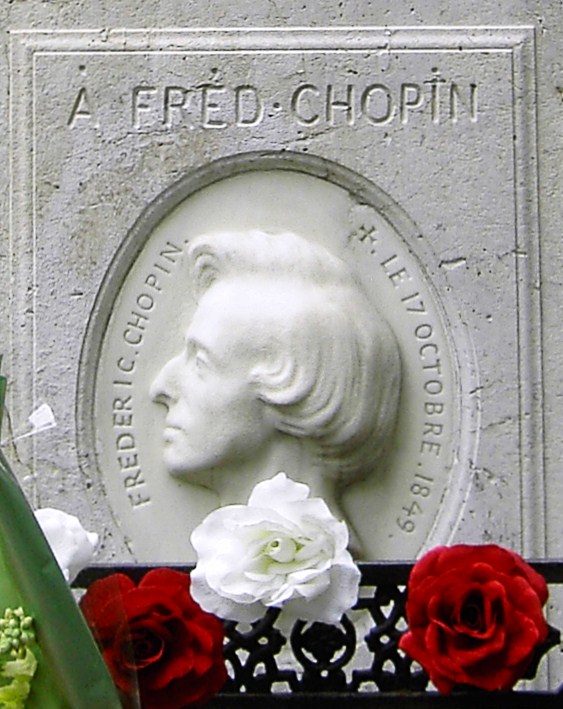 Polish composer Chopin was buried in Paris, but he’d specifically requested his heart to buried in his home country of Poland. Unfortunately, this was during a difficult political time, meaning his heart had to be smuggled by the Russians and then ended up being stolen by the Nazis before it was returned to Warsaw.

26. Thomas Paine: A Fan Decided He Wanted The Body To Have A Better Burial 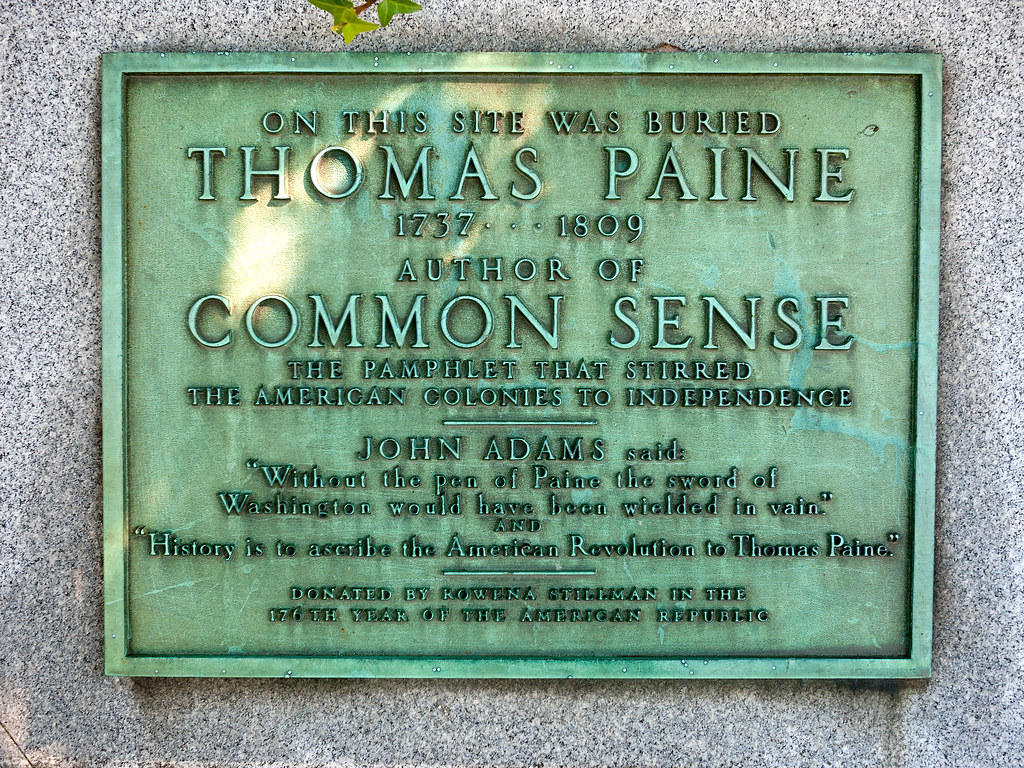 A superfan of Common Sense pamphlet writer Thomas Paine decided he didn’t like the original burial, so he took Paine’s body and transported him to England for a better service. Apparently not planning enough ahead, the man didn’t actually have enough money to follow through, so put Paine’s body in his attic before dying himself. 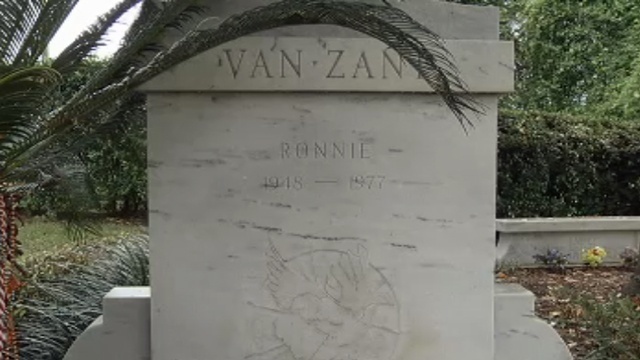 Members of the band Lynyrd Skynyrd Ronnie Van Zant and Steve Gaines were buried together, and fans decided they wanted to open up the graves. Van Zant’s casket had been shifted and Gaine’s ashes had been taken from its urn. There was actually a myth that Van Zant was buried in a Neil Young t-shirt, and some people believe this is why fans dug them up – to check!

28. Bessie Smith: A Famous Fan Paid For Her Headstone 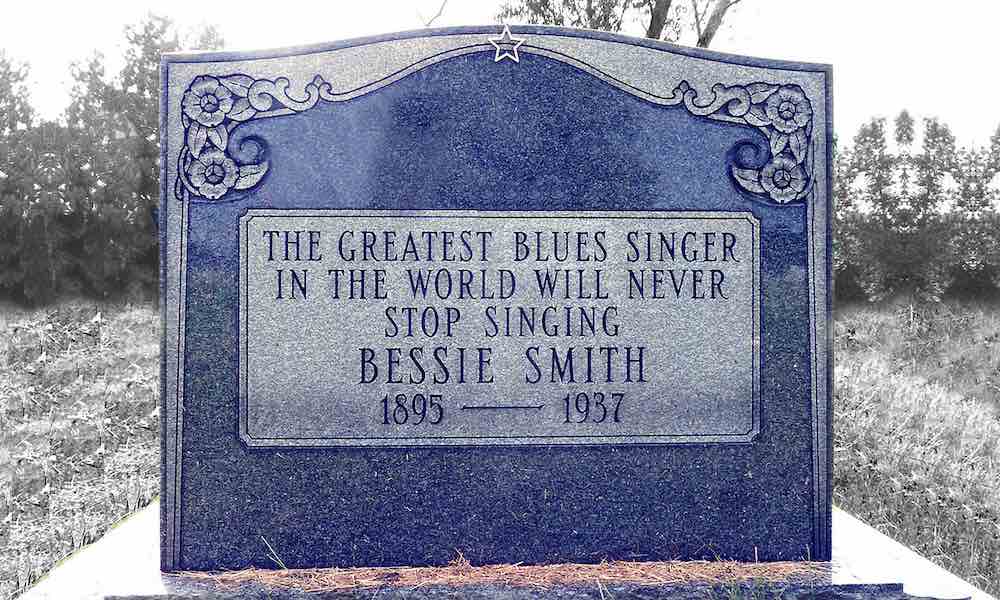 Famous blues singer Bessie Smith didn’t originally have a headstone at all, but one of her fans – and famous singer Janis Joplin at that – decided to pay for a headstone in 1970 for the unmarked grave – the best gift you could leave at the site of someone you respected! Joplin herself passed away shortly after. 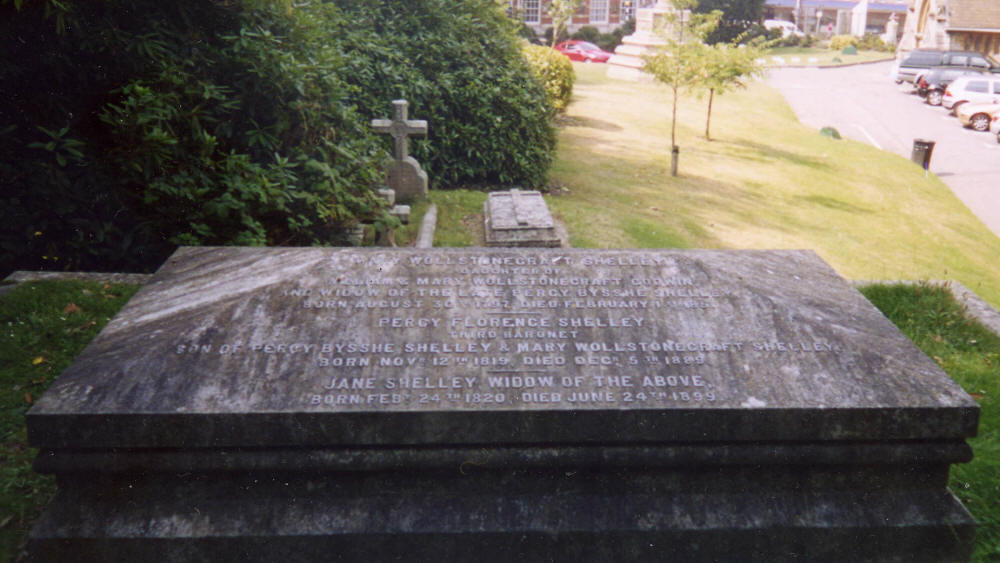 And no, we don’t mean the musical kind – we mean literally one of his organs! Famous poet Shelley died in a shipwreck, and when his body was cremated on the beach, one of his friends apparently took his heart from the pyre. Other accounts differ, though, saying it might have been his liver. After President Lincoln’s assassination and burial, a gang of grave-robbers somehow managed to break in to his secured tomb with the plan of stealing his body and putting it to ransom. But Secret Service agents foiled the plan and arrested them before they could take anything.