One of the creepiest and most shocking places you can actually stay on Airbnb is The Paris Catacombs – it’s also totally free and only available at Halloween. If you want to sleep underground with the spirit of millions of people and wake up to thousands of eyeless skulls facing you then sure, go ahead, this one’s for you! 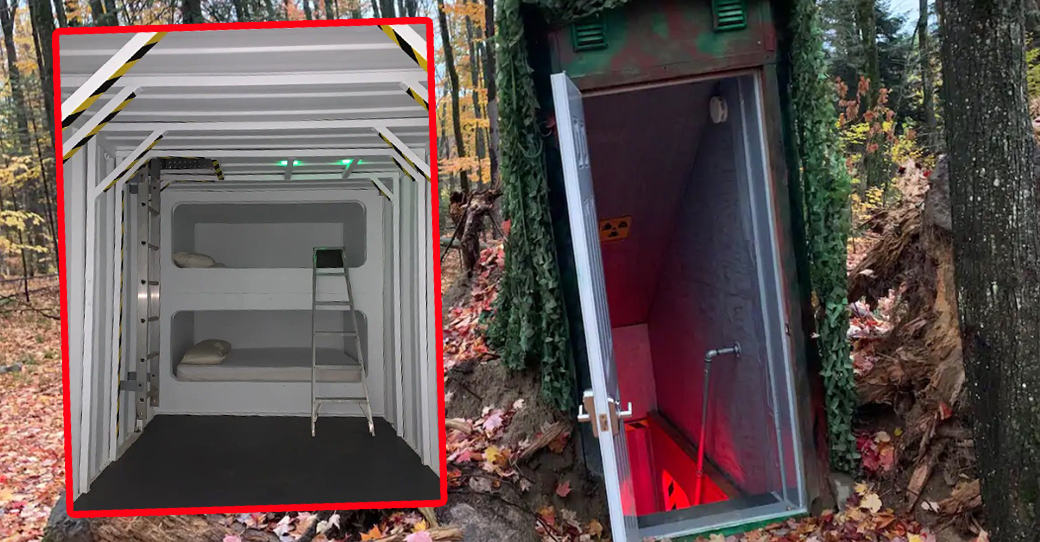 Okay so first of all you’re sleeping in the middle of a forest at night…anyone whose watched horror movies will know this is a creepy idea to start with. Then, to make matters worse it’s underground. This AirBnb is definitely not for the faint hearted! This Airbnb is based off a Fire Lookout Tower. It is 40 feet up in the air, built on a wooden structure. It almost looks as though it is part of a sky. Now this should definitely be a place to stay that goes right on our bucket lists. Imagine the views… For any adventurous souls out there this one is for you. It will cost you a few hundred dollars per night but surely it’s worth this once in a lifetime experience? And, this is not any old cave – it’s a pretty luxury cave and it’s been well and truly kitted out. 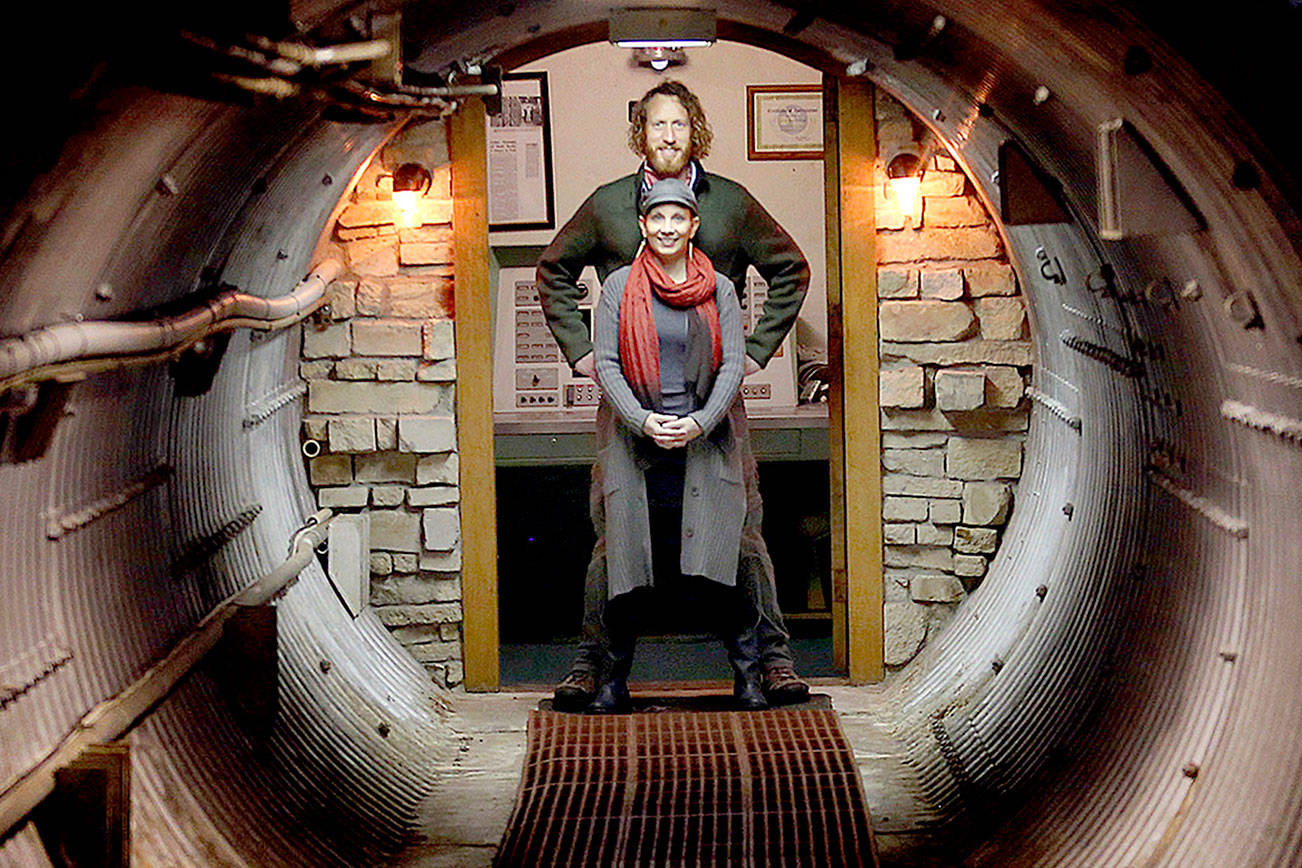 Before Airbnb, we would never have dreamed about renting out a nuclear missile silo.  But in Kansas you can do that. It’s a pretty crazy place to stay and probably appeals to a vary niche market. But we’ve got to admit, it’s a very cool thing to say you’ve done. So it turns out that you can literally stay in a crypt! Now, this seems a little bit too spooky to want to PAY to stay here. No thank you. This pretty much sounds like the kind of thing who would only appeal to a horror fanatic. For the rest of us, we’d more likely get out of there as fast as we could. 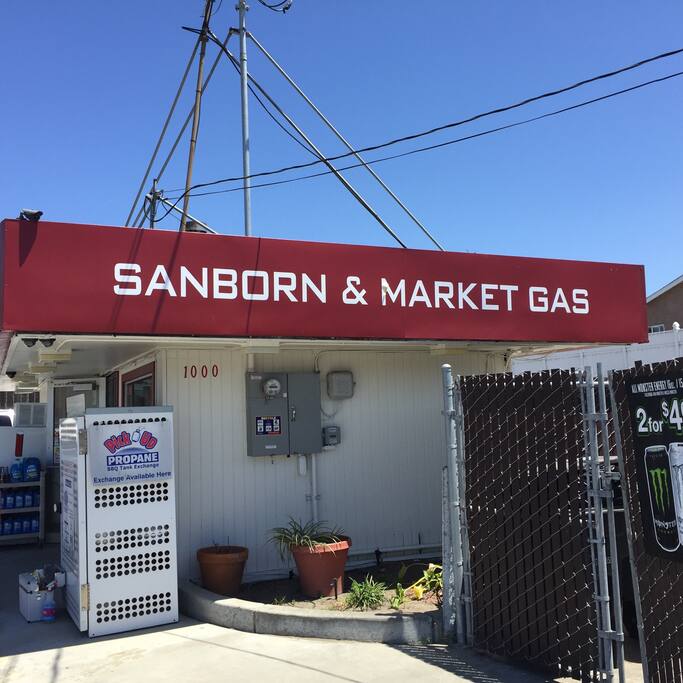 I mean, why you would want to stay in a gas station is certainly a question we’ve asked ourselves here. But, it’s definitely a crazy experience. This gas station has all the facilities you need in a house including a bed, shower etc.. But, the rest of the place looks exactly like a gas station.

Now this looks like a really cool place to stay. It’s unique and crazy, yet it still looks really homely and cosy (unlike many on this list). This is definitely somewhere we’d love to stay if we were lucky enough. It’s a popular choice on Airbnb and is often unavailable.

9. The smallest house in the WORLD -Boston This is a pretty crazy and cool thing to be able to say – ”I’ve stayed in the smallest house in the entire WORLD”. And it is inexpensive to rent out – considering after all, you don’t get much space for your money. And you can literally push it around Boston, wherever you want it to be… Spice up your life! And, one way to definitely do it is to stay in THE original Spice World Bus. Now, the actual Spice Girls have been here. So, for all the Spice Girls fans out there – this is something you need to do and it’s located in the Isle of White. This windmill in the Netherlands has to be on the list of craziest places to stay. It was once a windmill used for profit. It is now considered a historic site, but best of all you can rent it out and stay here. Plus, it’s just a few miles from Amsterdam.

Would there be anything cooler than staying in a proper Igloo In Finland? Probably not. You are totally isolated, inside the cosy Igloo with all the amenities you need. And, you could get some of the best skies you’ve ever seen because no-one else is around. Calling all Lord of the Rings fans. This one is for you. You can stay in a real life Hobbit hole. And, it really is as cosy inside as it looks on the outside. It will cost a few hundred dollars, but surely that’s worth it to step right into the shoes of the Hobbits. Whoever was the architecture here, they are a genius. If there was a way to make sure you feel like your on holiday staying in an utterly exotic beachy location, it’s to make the buildings look like giant sea shells. This aesthetic remains unbeatable. Fancy a holiday in a place without actually taking off the ground? It’s a fairly crazy and bizarre concept. But you can rent out this airplane all for yourself. Imagine extra leg room…and the entire plane too. This would be a great place to stay for a unique experience. Who doesn’t want to stay in a mushroom shaped wooden cosy cabin in California? It’s like something straight out of a fairly tale. In fact, you can imagine this place being surrounded by wildlife, nobody around to disturb you. The inside has been renovated into a luxury, albeit small, cosy cabin. This is every child’s dream come to fruition – in a more luxury, adult appealing way. This amazing treehouse is located in the middle of the forest in Georgia. It’s decorated wit cosy fairy lights and it has, for obvious reasons, become a VERY popular Airbnb destination. Ever dreamed of staying in a castle? You really can rent this place out. Of course, this place of dreams does not come cheap. Because not only is it a castle, it’s a historic 11th century castle in La Flocelliere, France. And it’s absolutely stunning.

This may not look like the grandest or most luxury place, but its definitely one of the craziest. This place is called an earth ship and its found in Mexico. But, best of all the place is completely sustainable and self sufficient. It used solar energy to power the facilities inside the Earth Ship. Now that is cool.

The actual Airbnb itself looks exactly like it says on the tin – a bird box. So, if it’s a luxury place to stay you want this isn’t it. If it’s a crazy place – this is it. And, if its breath-taking views that you’re after in a natural paradise, then this really is the right place to stay. Who doesn’t love dogs. If you are a dog lover, then you can go one step further and stay in the Dog Bark Inn in Idaho. Inside is like any nicely reformed Airbnb. But it’s the outside aesthetic and the dog shape that is the real attraction here. How cute. It’s extremely crazy that you can stay here at the Houdini Estate. Not only is the outside crazily spectacular but the inside is just as good. It has several secret tunnels, and you can also stay here alongside family and friends because the place is huge. Alberobello has become one of the main tourist attractions in Puglia. Trullos are 15th century buildings which became popular in Italy and are characterised by this circular appearance. Now, you can stay inside one of these historic trullos in this beautiful place.

Here you can stay in a 15th century castle in Kilkenny, Ireland. The castle is steeped in history and has passed many hands and it is now available on Airbnb. And it’s a completely lavish stay – the utmost elegance you will literally feel like a king or queen staying here. This glass cabin is all made of glass. But not just panels of glass, all kinds of different forms and shapes of glass. It really is a work of art.  And, its higgledy-piggledy structure just adds to its charm. This house can be found in Brazil, near the forest.

Okay it doesn’t get much crazier than staying on your own island. And here, the house IS the island. It’s literally floating in the water. Water which is turquoise and clear. You can find this house island in Texas. But of course, it won’t come cheap. The bell ten in Norfolk is by no means as crazy as some, but it’s cool nonetheless. It may look like a tent on the outside but on the inside this tent really puts the glam in glamping. For an isolated, cosy weekend of tranquillity and peace this place would be great to escape too.

Look familiar anyone? Horror movie fans will probably or possibly recognise this cottage. That’s because it’s been used in multiple horror series/ movies. It has gained a reputation as being a horror, haunted cottage. And it really does look like the kind of place you wouldn’t want to spend the night alone… The bubble lodge looks extremely crazy – like a kind of alien UFO has just landed on earth. And now you can rent it out! It’s located in France, and what it’s really for is avid stargazers. You can sleep in the bubble and still see the starts through the roof. This may not be as luxury or as grand as the other tree lodge. But this tree house offers amazing views and a tranquil location – for a lot less money. It is located in France. The inside is small, but has everything that you would need for a short stay.