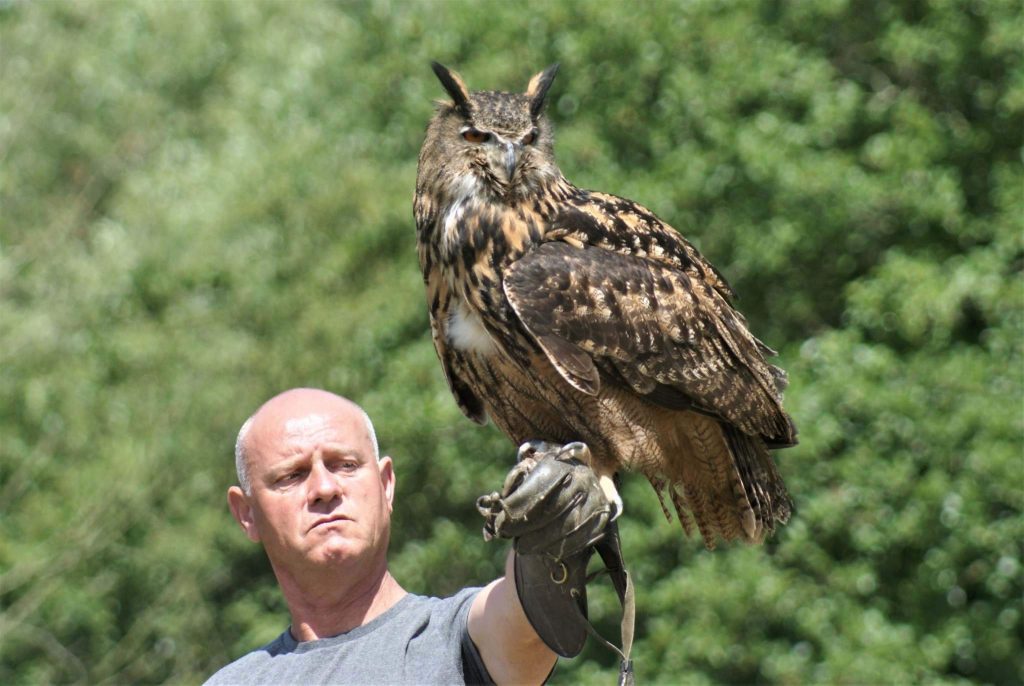 The eagle-owls, mainly found in remote places such as forests and mountainous regions, prey on lizards, small mammals, reptiles, fish, amphibians and large insects.  They watch from a perch, looking out for prey activity and then swoop down to attack. 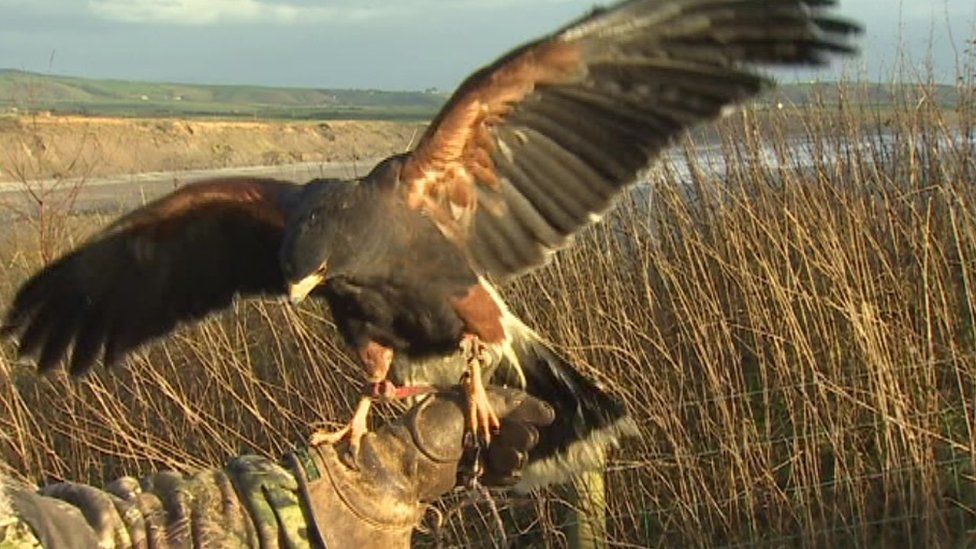 These medium sized birds are found in south-western America and central Argentina.  Harris hawks are the only social raptors which means they hunt in packs which is scary!  After spotting their prey, the group work as a team to flush out the target. 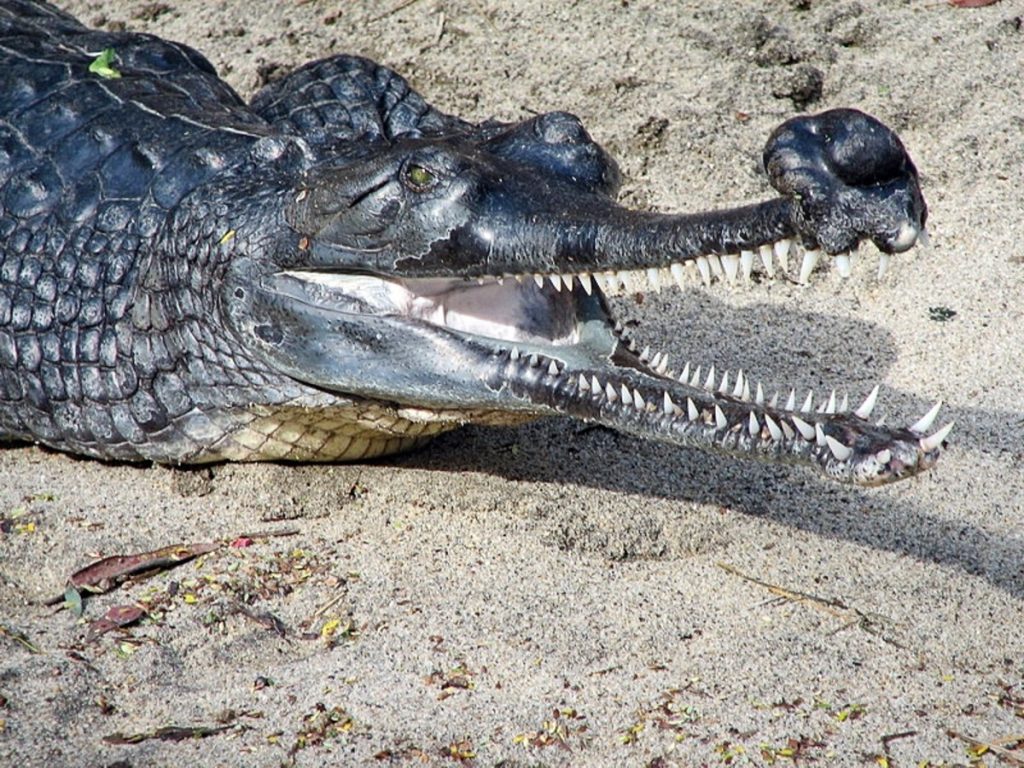 These fish-eating crocodiles are native to India and the reason they cannot prey big animals, only fishes, is due to their narrow snout. They hunt fishes with their jaws and swallow them whole.  It’s frightening to see how quick they work, once spotting their lunch. 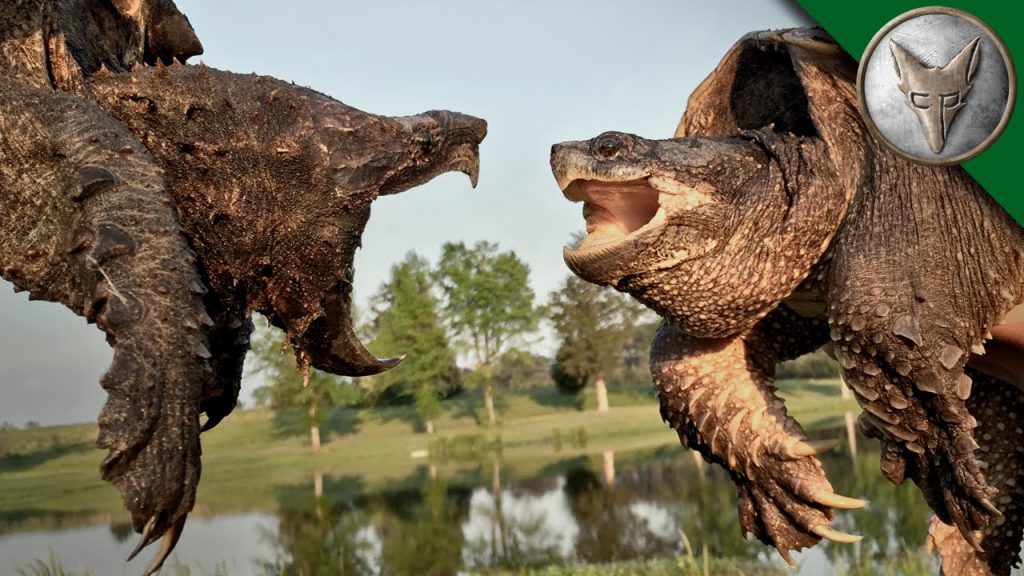 One of the heaviest freshwater turtles, alligator snapping turtles have such powerful jaws, long, spring-like neck and ridges on the shell which are quite similar to alligators.  With the camouflaged mouth and an appendage on the tip of its tongue, this carnivore turtle lies completely still in the water with its mouth open to lure fishes. 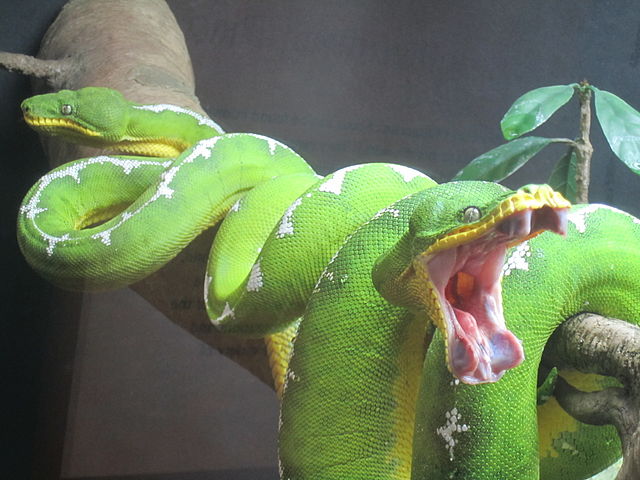 These non-venomous snakes are obviously named from their green colored skin.  Their diet consists mainly of small mammals, birds and the odd frog.  The boas are so fast that they can grab birds in mid-flight and use their curved and extremely sharp teeth to penetrate through the feathers of the birds. Once they have their prey under control, the snake coils around it. 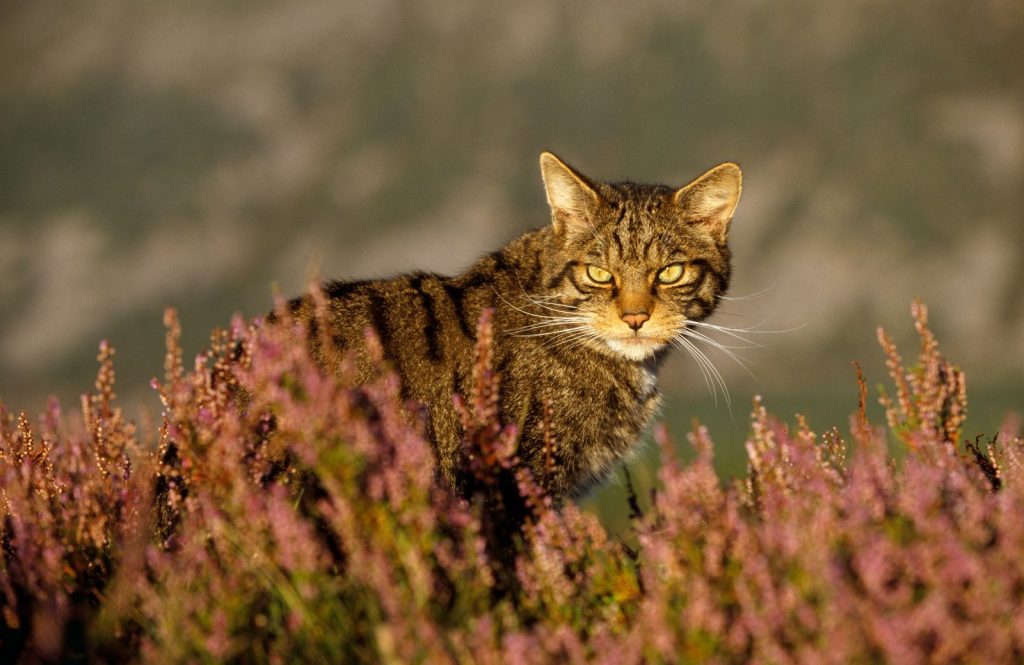 Found across Africa, Europe and south-west and central Asia, wildcats can vary in appearance according to their geographic location.  Sight and hearing are the primary senses of the wildcats when they are hunting. Certain European wildcat species are known to hunt in groups, each member being assigned a different role to corner the prey. 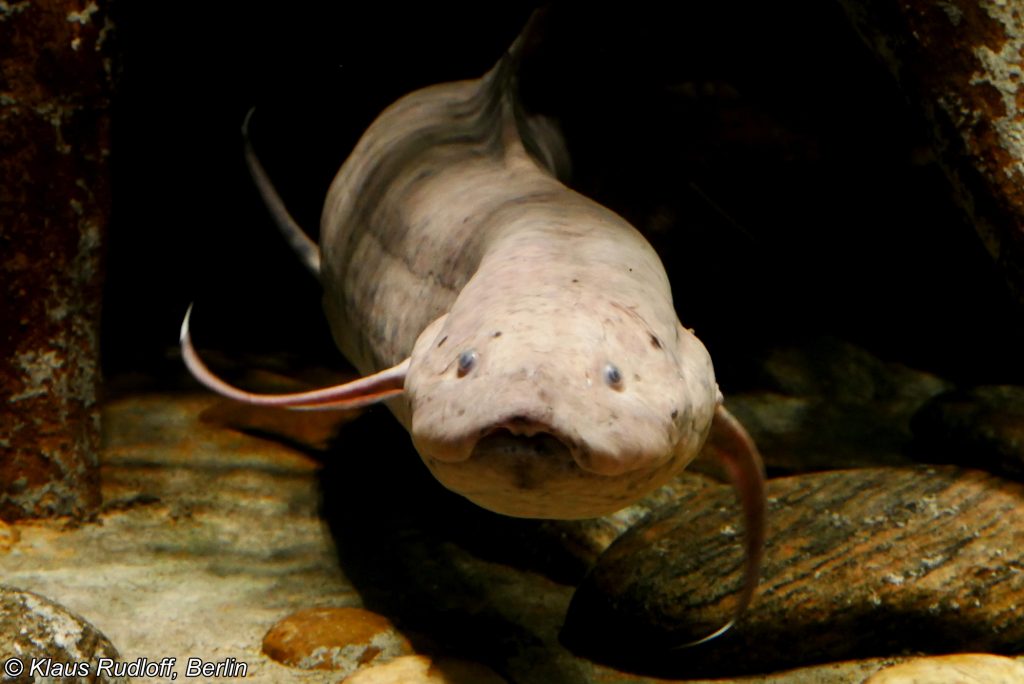 An ugly thing resembling an eel with thread-like pectoral and pelvic fins, these fish are mainly found in shallow waters, marshes and swamps. The carnivorous creatures feed on crustaceans, molluscs and aquatic insect larvae. 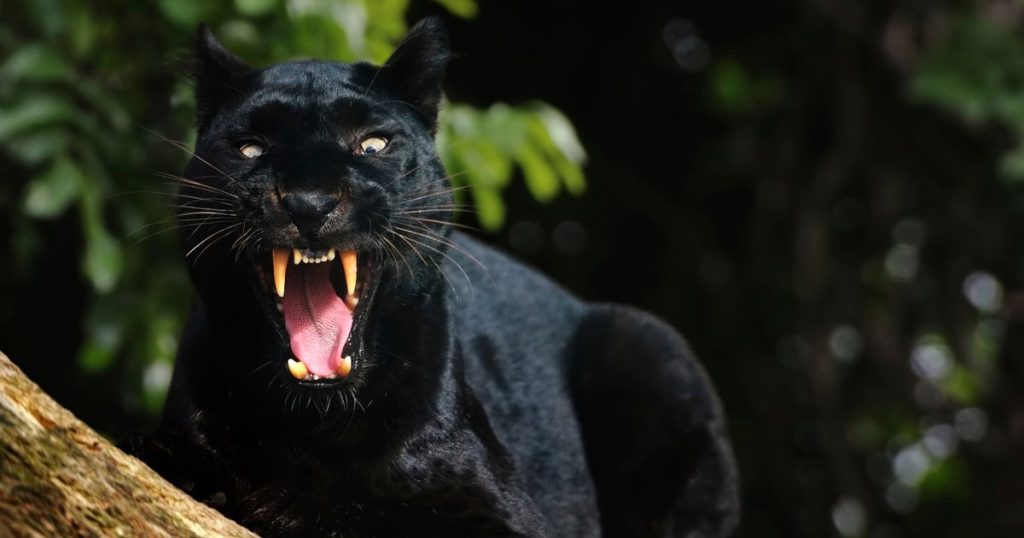 A fearsome night predator, panthers use their jet black coats to stay hidden in the dark.  They usually attack from tree branches or from a height. Black panthers are a variant of leopards and jaguars and they are born with a dark coat due to melanism. 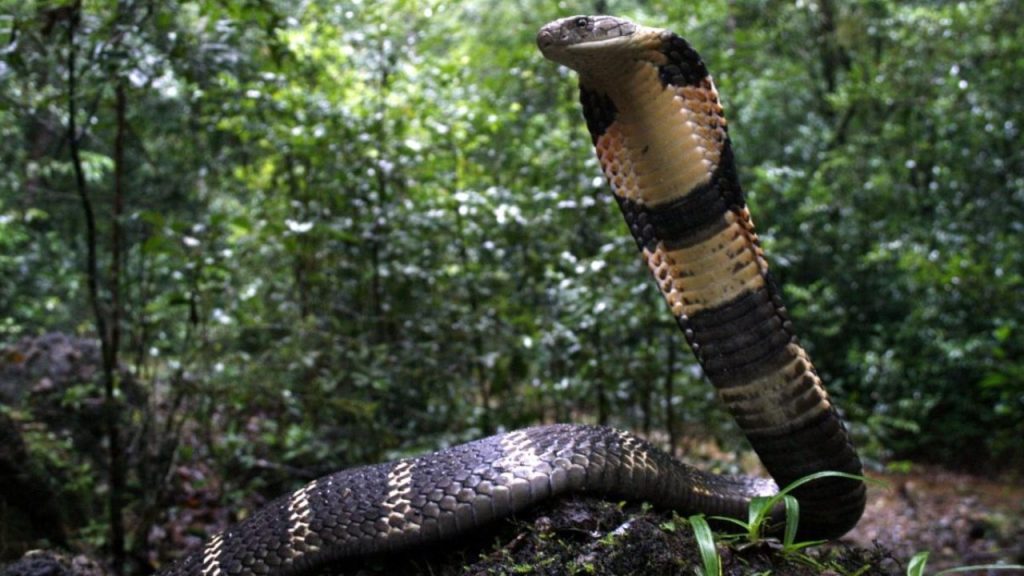 Despite its name, the king cobra is not really related to the true Cobra (Naja) genus.  They prey on other snakes such as small pythons, rat snakes and occasionally birds, rodents and lizards, just to mix up their choice of foods!  The King Cobra can grow up to 5metres long and there is a 50% mortality rate for untreated human bites. 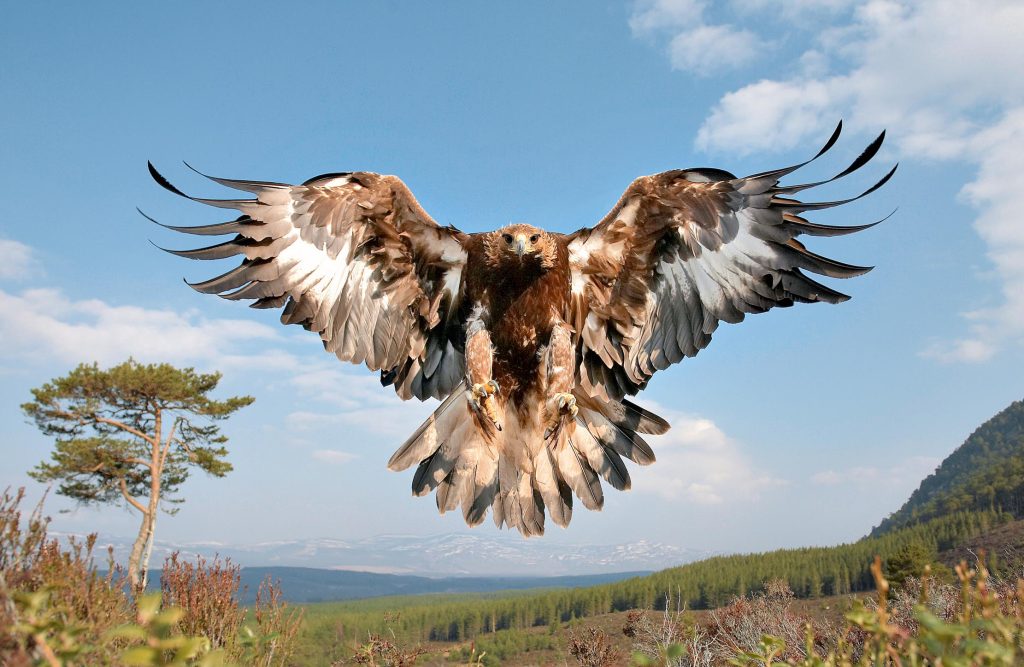 Golden eagles are one of the world’s largest eagles and the biggest bird of prey.  They tend to be found in the mountains, cliffs, hills and coniferous forests and are true apex predators.  One breeding paircan defend an area of 100 square kilometers. 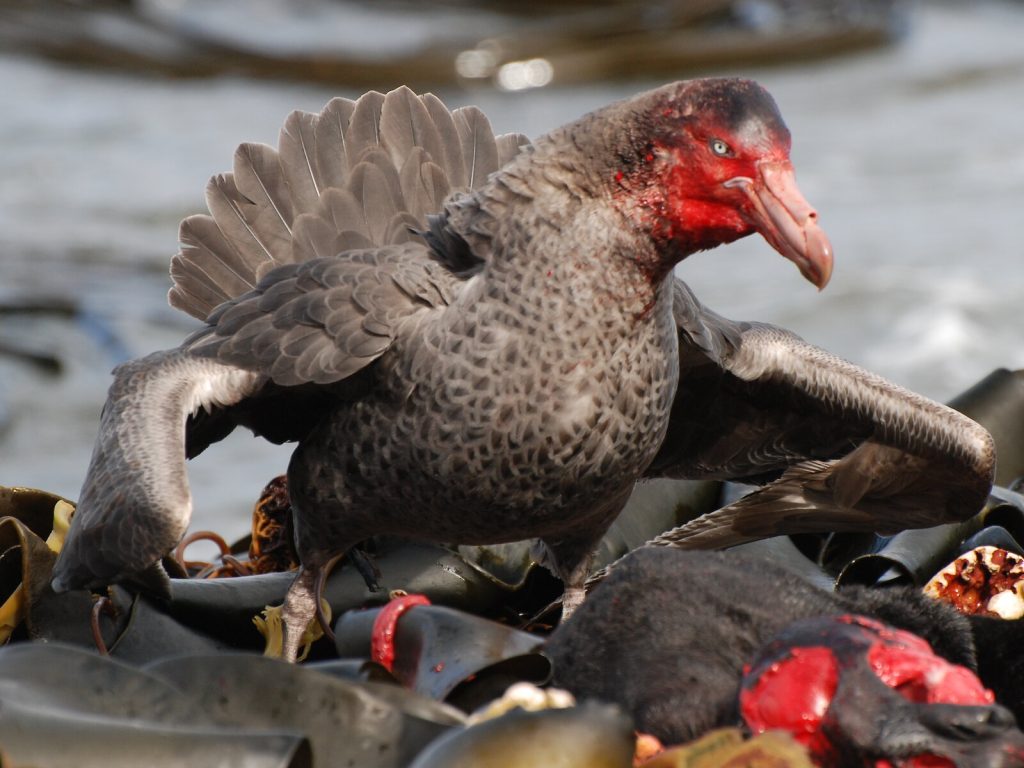 Giant petrels have wingspans up to 2 meters  and are known to kill larger birds, like albatross, by drowning or battering them before tucking in.  They also hunt fish, squid and krill.  Besides hunting, they are happy to scavenge around whale and seal carcases. Found in the States and Mexico, these venomous snakes are responsible for a huge number of snake bite fatalities in these regions.  Their prey is mainly small mammals, lizards and birds but, when the opportunity presents itself, they are happy to mix it up with something new that’s within their grasp. 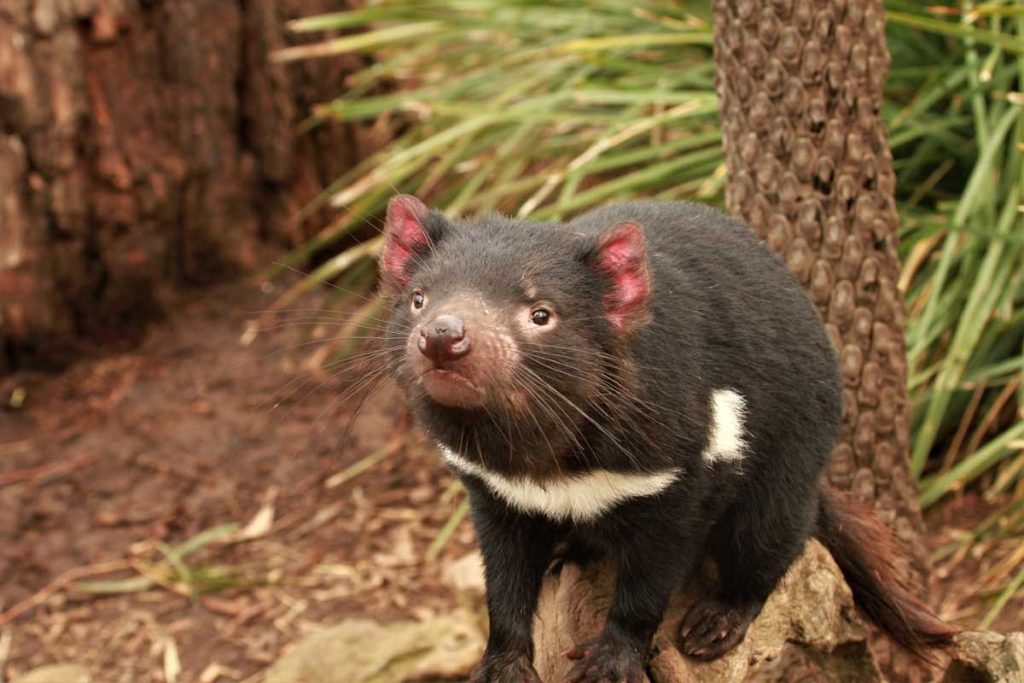 The Tasmanian devil is a unique carnivorous marsupial of Australia that looks ‘dog-like.’  It survives on small pray such as birds, frogs, fish and insects. They work alone when hunting, which involves a speedy attack and an exceptionally strong bite! The giant river otters are the longest weasel species in the world and they reach over 5.5 feet (1.7 meters). They are most commonly found in the Amazon River and in the Pantanal.  They live in groups and defend themselves from other top predators.  They are particularly partial to snakes. 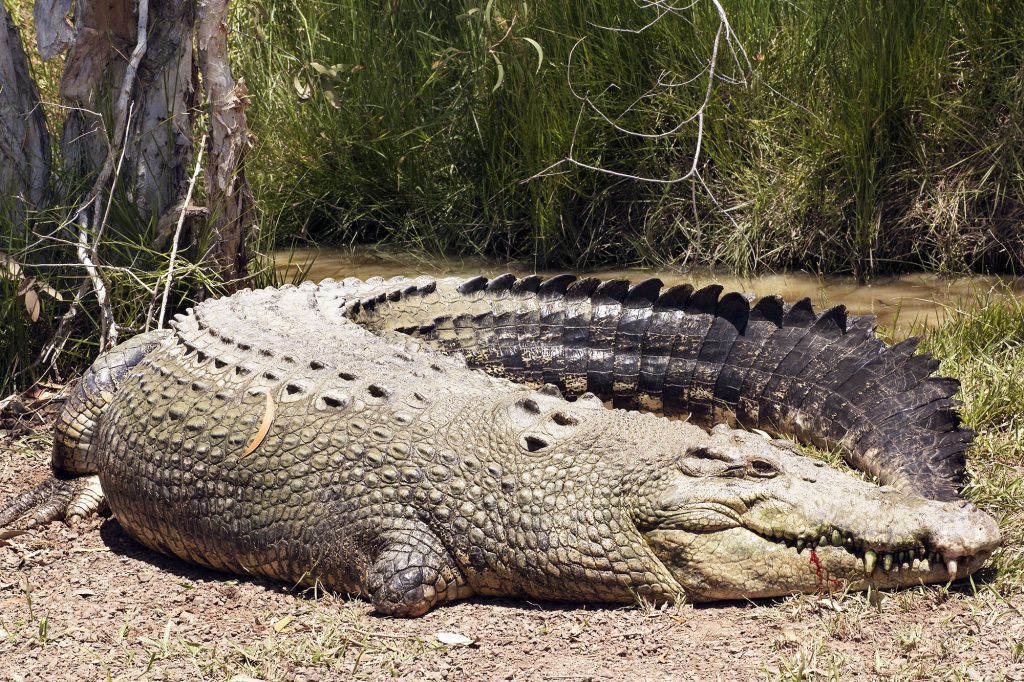 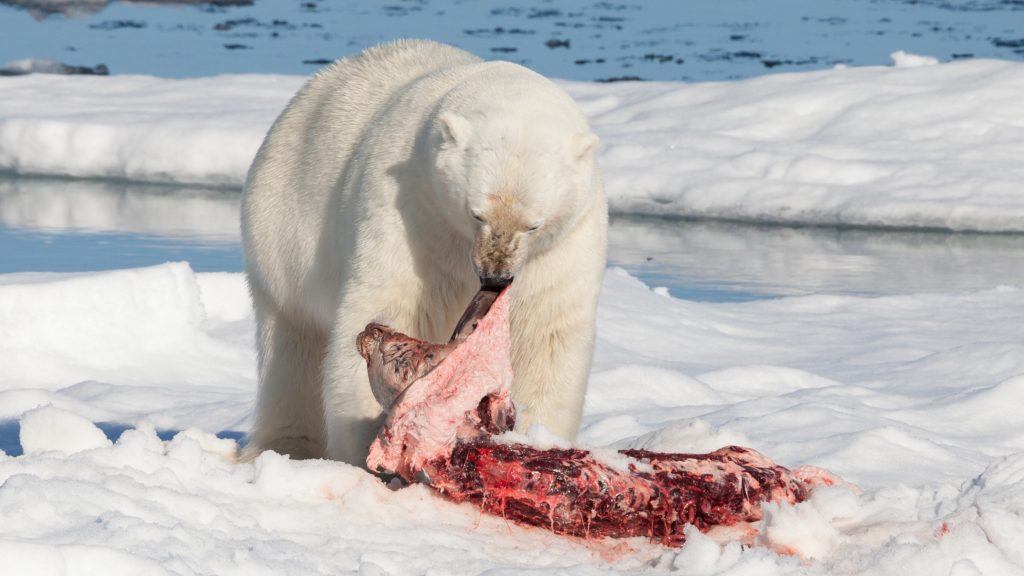 Found in the endless snowy ice sheets of the Arctic, polar bears are an excellent example of how large, top of the food chain mammals can survive in the most demanding of areas.  These blustery beasts are such strong swimmers and they have slightly webbed large front paws that they can use to propel themselves when immersed. 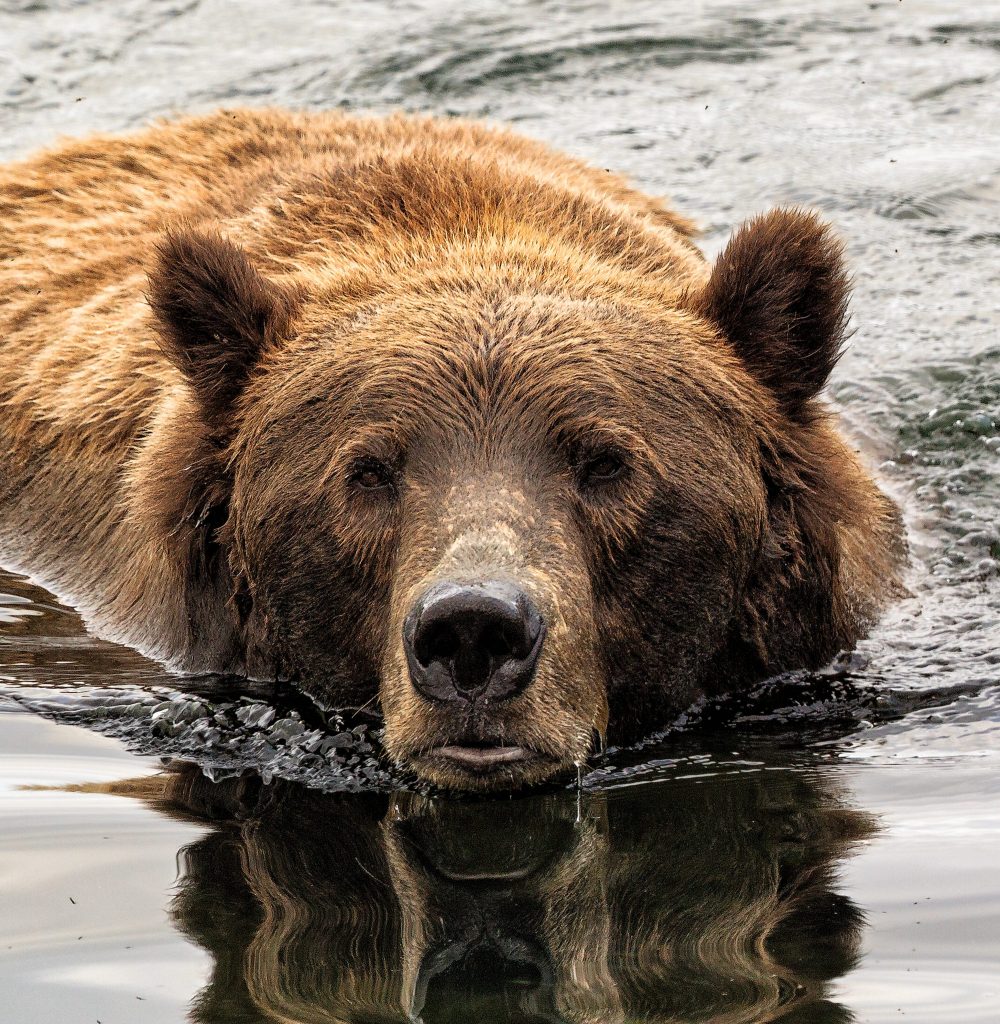 Unlike most predators, the brown bear is an omnivore creature that lives in forests and mountains around the world.  This apex predator is the most powerful creature in its habitat, which puts it close to the top of its food chain. 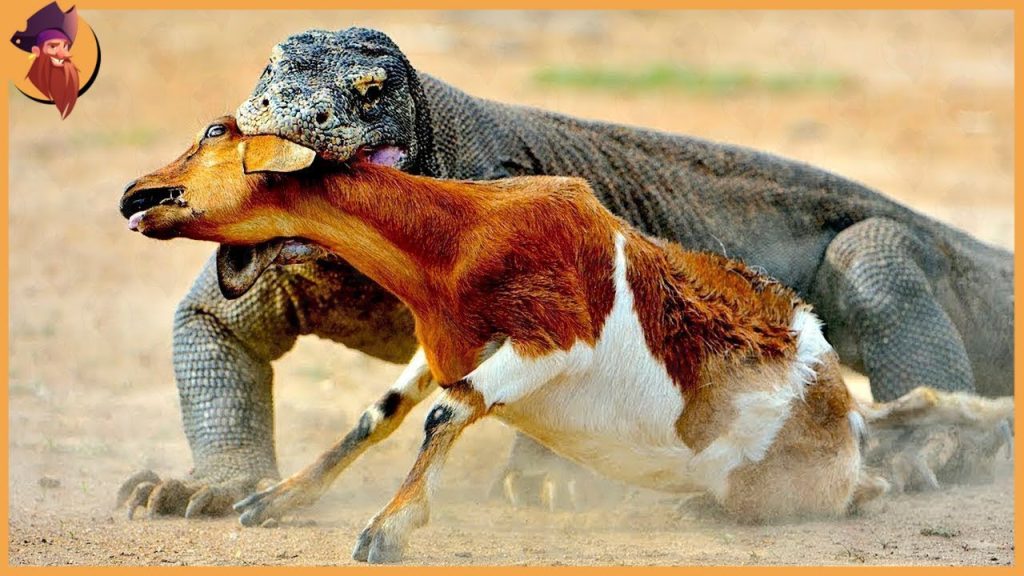 The amazing lizards from Komodo might just be the species that is the closest to these mythical creatures. The Komodo dragon is the heaviest lizard on Earth and one of the planet’s most ferocious predators. They can easily break the bones of their prey with the power of their bite. 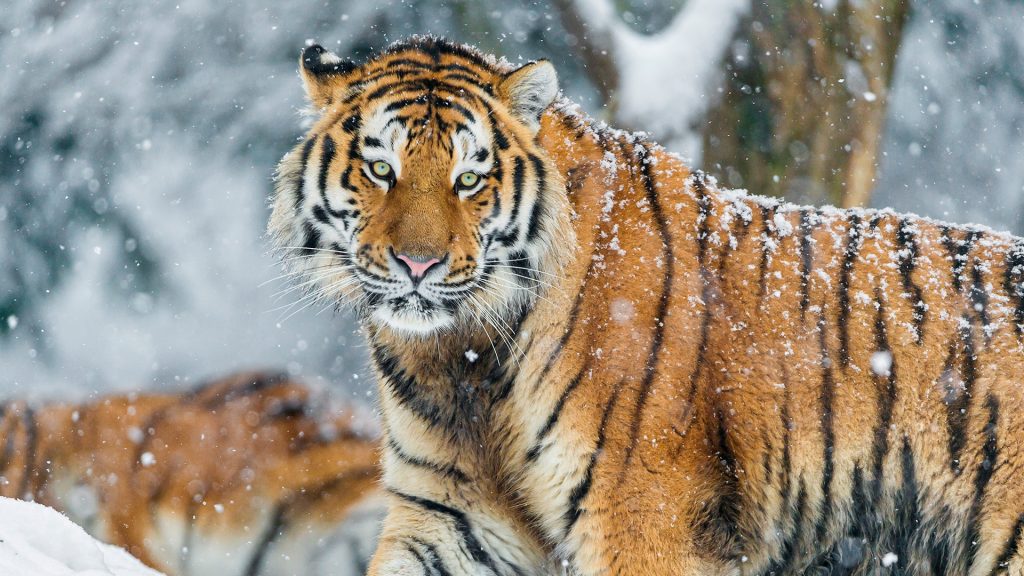 The Siberian tiger has fascinated humans for thousands of years, inspiring  fictional stories and even cult films.  The most notable thing about this imposing beast is its power and hunting ability, both of which put it way up there in the food chain. 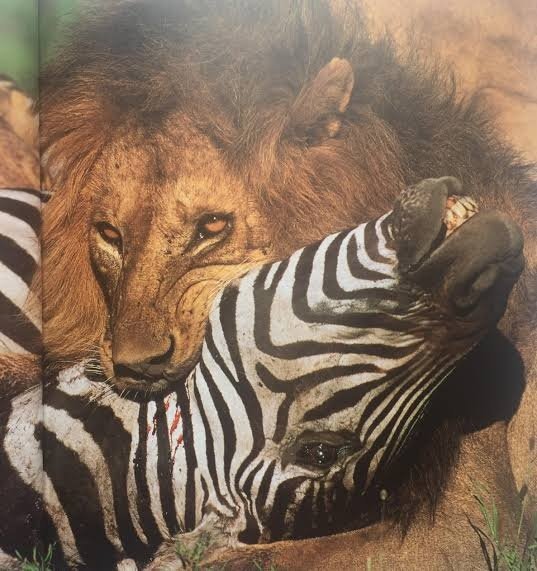 The lion, the king of the jungle, doesn’t actually live in the jungle but actually prefers open woodlands, scrub, grasslands and the African savannah because these habitats allow them to easily hunt their prey. A male lion needs around 7kg of food a day and the female 4.5 kg. Always regarded as the most graceful and elegant big cats, leopards choose to hunt at night.  They don’t have natural predators and are close to the very climax of their habitat’s food chain.  Leopards are closely related to lions and tigers and every bit as aggressive when it comes to ambushing their prey. The snow leopard is a spotted big cat that lives in mountainous terrains across Asia. Their thick fur provides insulation and their spots the perfect camouflage against their alpine backdrop.  The trait that separates them from other predators is their unbelievable athletic ability.  Their wide feet and powerful legs act as snow shoes. The killer whale, orca, is the largest member of the dolphin family.  They are known to be extremely intelligent and have many tactics at their disposal.  Their echolocation abilities allows them to communicate as well as locating and identifying prey – very impressive. Great white sharks have a muscular tail that is so powerful that it can propel them at almost 25 kilometers an hour. Average specimens can grow about 4.5 meters in length although it is possible to find individual great whites that exceed 6 meters and weigh over 2,500 kilograms. The Jaguar is the only big cat found on the American continent and is only outsized by lions and tigers. These lethal hunters resemble leopards in  appearance and hunting style, but their superior size makes them a more fearsome predator. 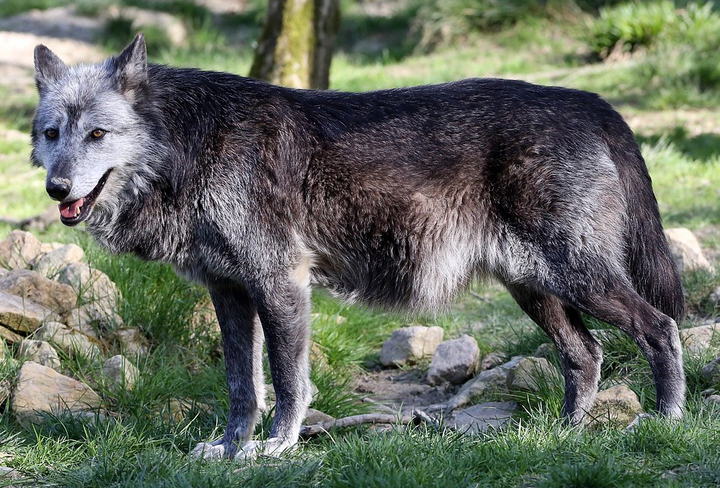 Piercing eyes, thick hides and long fangs are the characteristics that have earned wolves the reputation of being apex predators at the top of their food chain.  Even though there are many variations, the northwestern wolf is the biggest and most powerful member of this canine family. 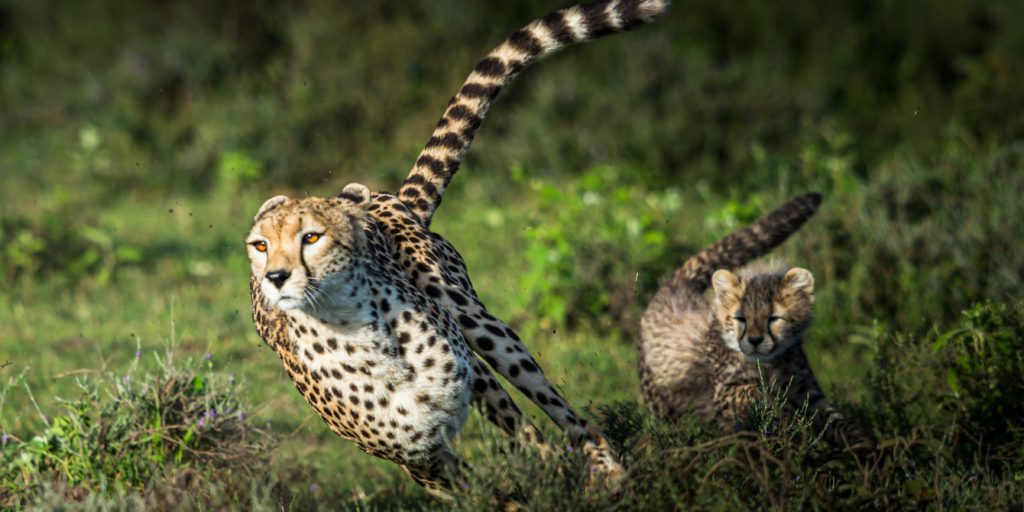 The cheetah is the world’s fastest land animal and can go from zero to 100 kilometers per hour in 3 seconds!  This big cat doesn’t lose any of its nimble hunting touch during highspeed pursuits as it pounces on antelopes, warthogs and other dwellers in the desert. 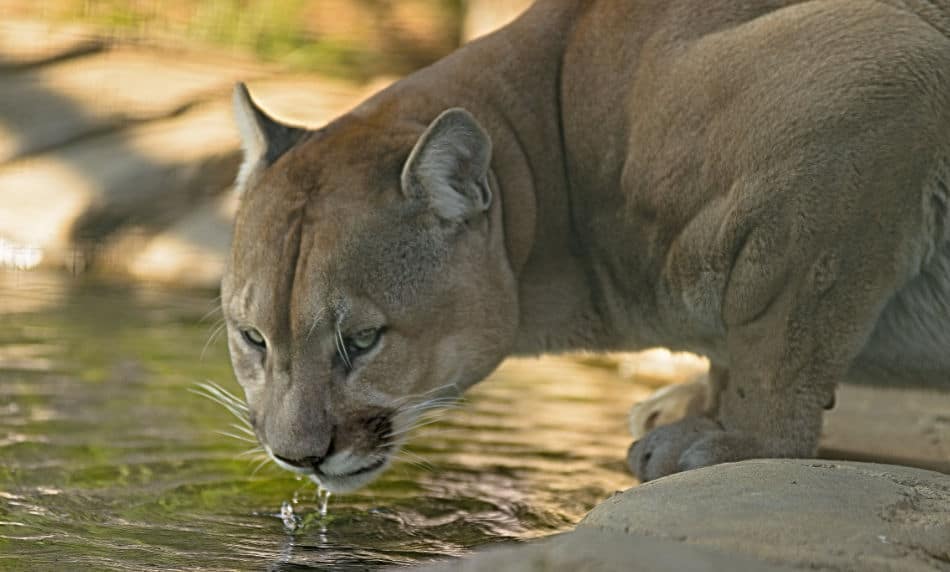 Also known as mountain lions, cougars are ferocious large felines found in a range of different habitats in North America.  An apex predator that faces no competition in its own environment, it uses power and supreme stealth to stalk and pounce on its prey. 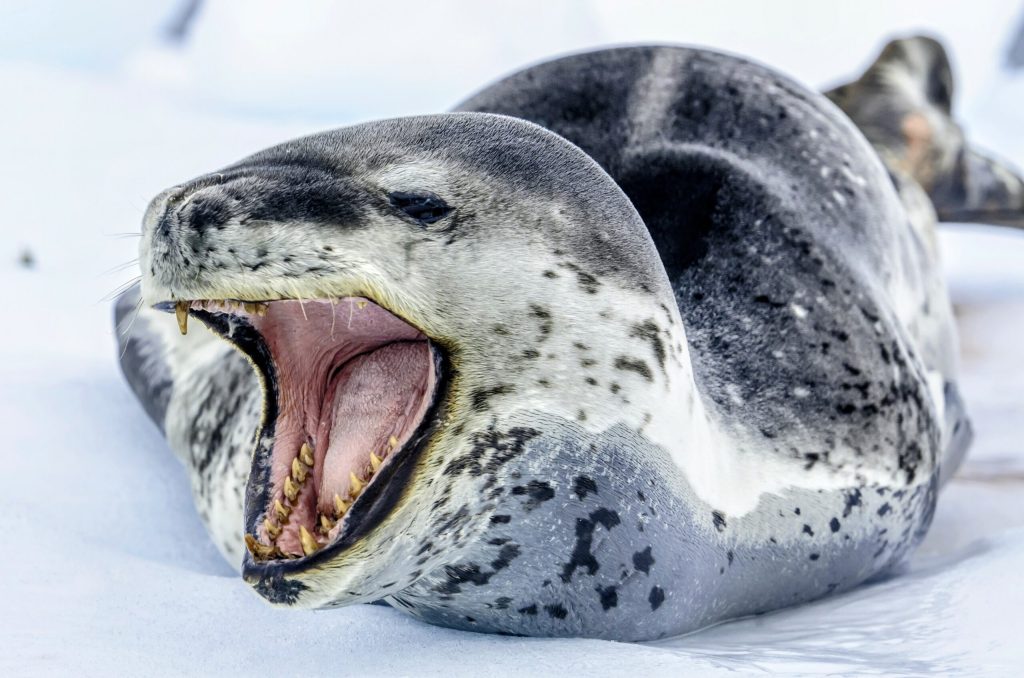 The leopard seal is the second largest seal species in Antarctica, after the southern elephant seal. Its only natural enemy is the killer whale.  It feeds on a variety of prey including cephalopods, other pinnipeds, birds, krill and fish. Contrary to other large predators, bald eagle populations have been steadily rising in the United States despite the destruction of their habitat. This is partly due to the fact that this mighty sky predator can live in woods, near freshwater bodies that have fish as well as arid areas.  Its razor sharp talons and powerful wings allow it to hunt and carry prey of up to four kilograms.